The 23-year-old was seen at Fairytale Brides in Whitefield ahead of her upcoming nuptials to ‘best friend’ Dino Manciocchi.

Taking to Instagram to share the happy news that her shopping trip had been a success, Vicky posted yesterday: ‘So.. I said YES to the dress today!!!

‘Thank you @fairytalebrides for having us and making this so special. Never thought I would be so happy! A lot of happy tears…’

Vicky, of Leyland, Lancashire, had to have her right leg amputated following the horrific rollercoaster smash at the Staffordshire theme park in June 2015. 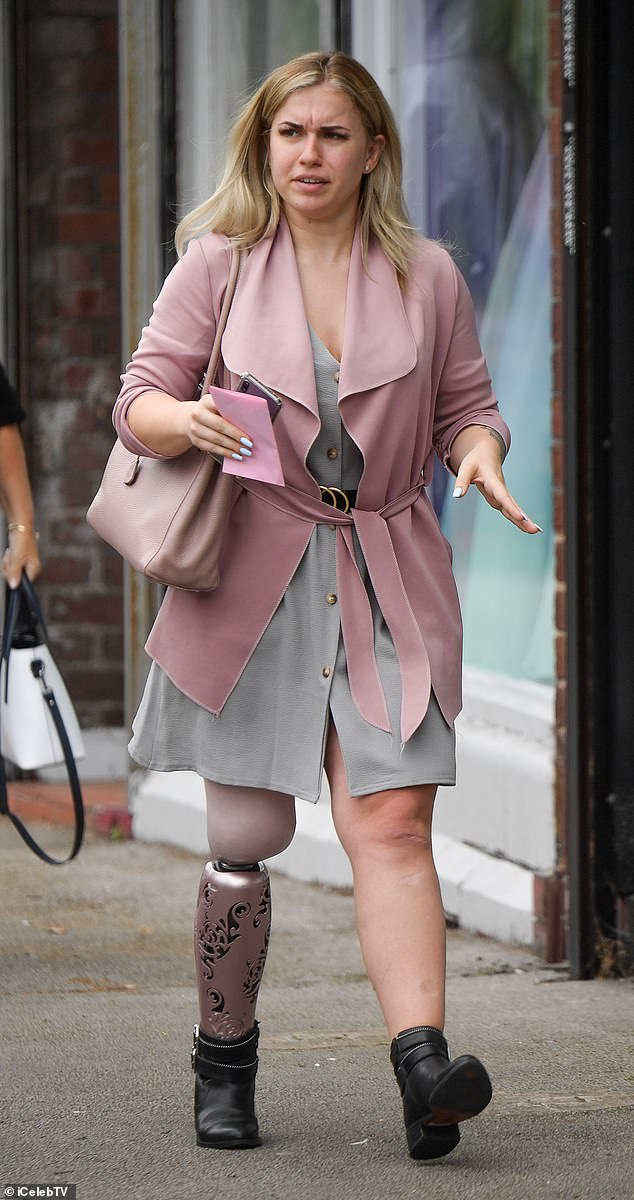 Vicky Balch, 23, pictured, was spotted wedding dress shopping in Manchester. She shared on Instagram that she ‘said yes to the dress’ and that there had been ‘lots of happy tears’ 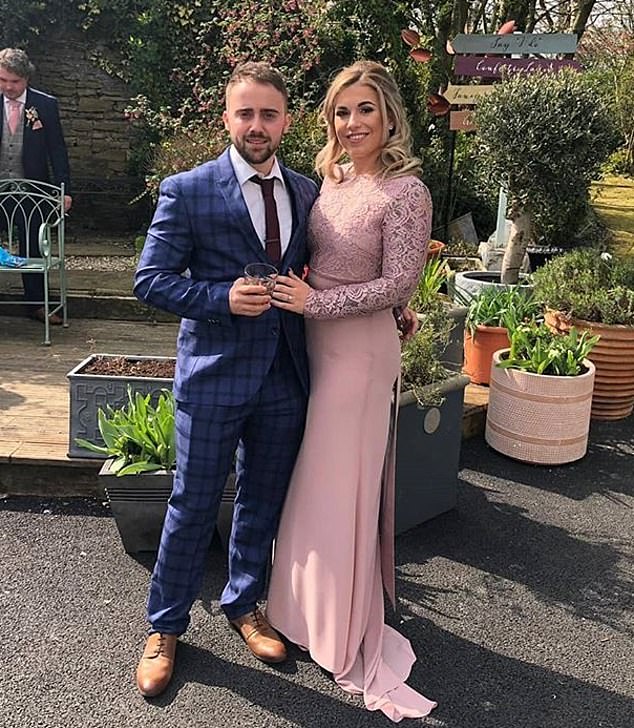 The 23-year-old got engaged to boyfriend Dino Manciocchi, pictured together, in December after he proposed during a romantic retreat in Cheshire

The bride-to-be dressed in light colours for her shopping trip, and was seen in a pale pink jacket and grey shirt dress with a black belt.

She accessorised her simple look with a pink handbag and black ankle boots, while also wearing her £60,000 prosthetic leg.

Vicky chose her wedding dress with family members including her mother Karen and sister-in-law-to-be Christina Manciocchi.

She and her fiance Dino got engaged in December during a romantic retreat to Mottram Hall in Cheshire.

Vicky, pictured left and right during her shopping trip, wore a pale pink jacket and grey shirt dress with a black belt at the shop. She 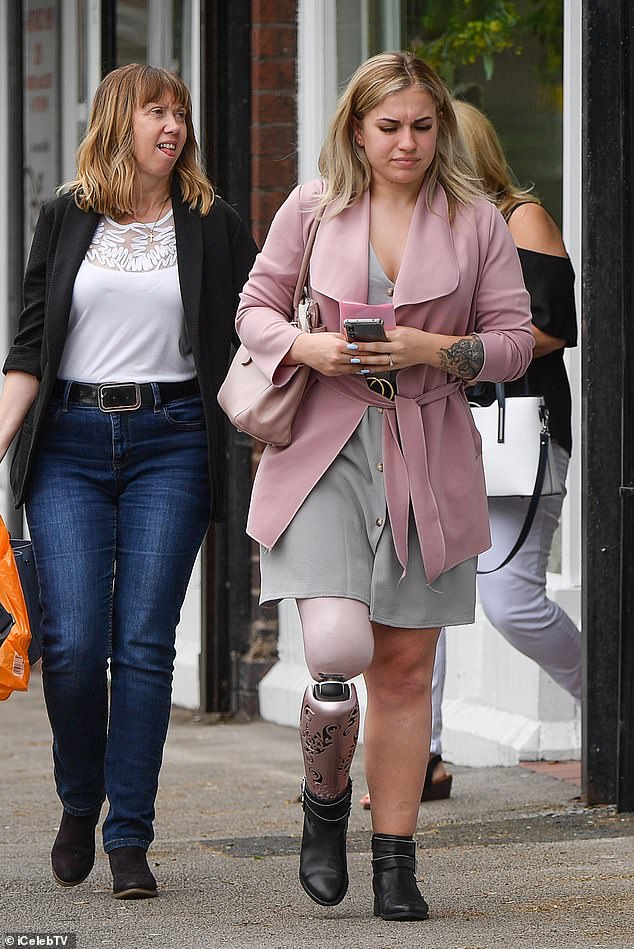 Dino, a pizza company owner, had laid rose petals and heart shaped balloons on the bed before popping the question.

He told the : ‘She kept me waiting to say “yes” for a few minutes as she couldn’t quite believe it.

‘But once she realised I was serious she couldn’t stop crying she was so happy. 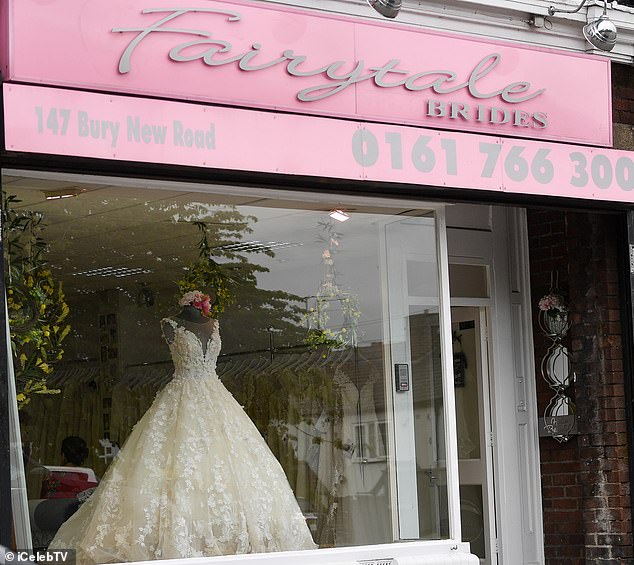 Vicky, pictured, said choosing her dress was emotional and there was a lot of ‘happy tears’ 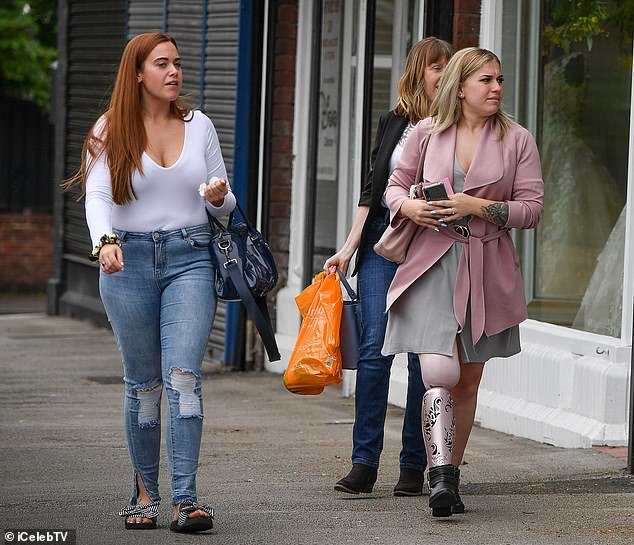 Vicky, pictured right, chose her wedding dress with family members including her future sister-in-law Christina Manciocchi, pictured in a white top and jeans

‘She is a wonderful person who is so mentally strong. She supports me through everything I do and she really does deserve to be happy, and I’m so happy to be part of that.’

Her engagement came shortly after Vicky revealed a new £60,000 prosthetic leg which she said will allow her to wear heels and paint her toenails again.

The innovative new leg, which is adorned with flowers and has a pink sparkly cover, has a rotating heel, allowing Miss Balch to wear higher angled shoes.

Since the accident in 2015 Vicky has has struggled with body confidence but last September she celebrated her natural beauty with a striking photoshoot with photographer Murat Ozkasim. 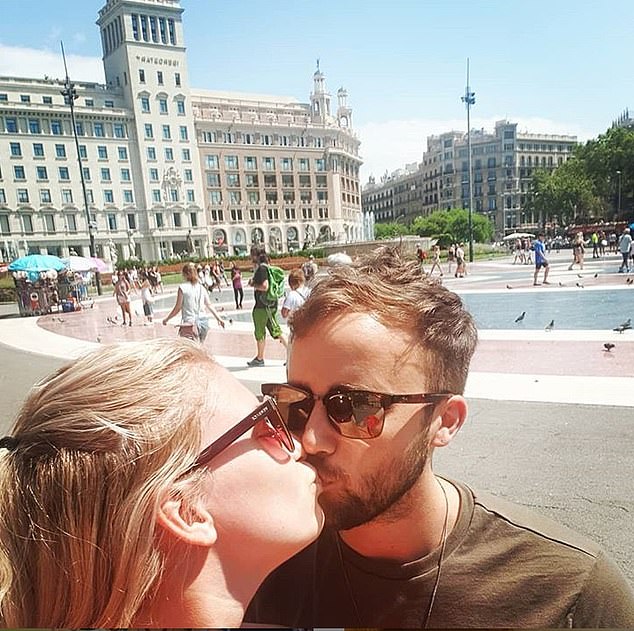 Dino, a pizza company owner, proposed to Vicky, pictured together, in December and laid rose petals and heart shaped balloons on the bed before popping the question 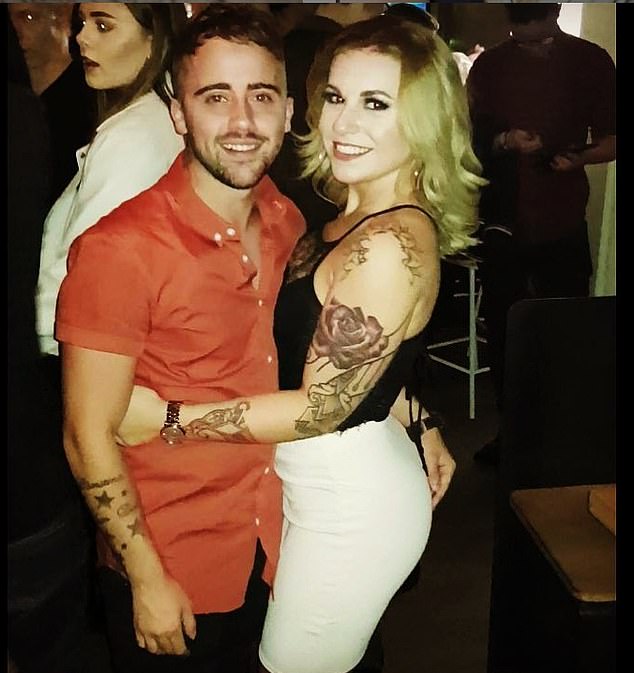 The couple, pictured together, had been together for a year before they got engaged last year

Posing without her prosthetic limb, Vicky donned a gold swimsuit and painted her scars in shimmering metallic gold.

She said: ‘Doing this shoot portrays what I have wanted to get across since my accident; no matter how “broken” or different you are, you can be who you want to be, even with the scars and imperfections.

‘Body confidence was a big issue for me when my life changed and I am now learning to love who I am even though it is different to what, even I used to consider as “normal”.’

Leah Washington from Barnsley, South Yorkshire, also had to undergo a leg amputation as a result of the horror crash.

The two women are now suing the owners of the park for millions of pounds. 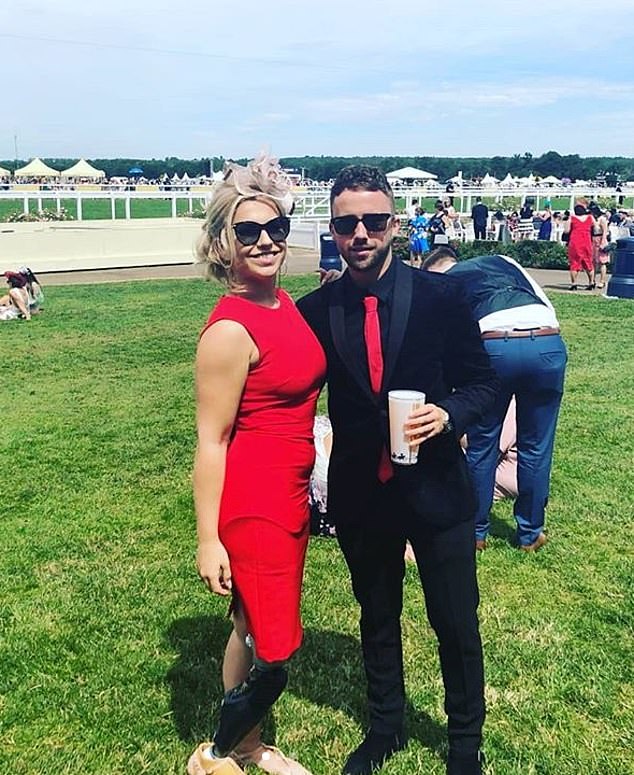 Vicky, pictured with Dino at Ascot last year, has spoken in the past about struggling with body confidence since the rollercoaster accident in 2015 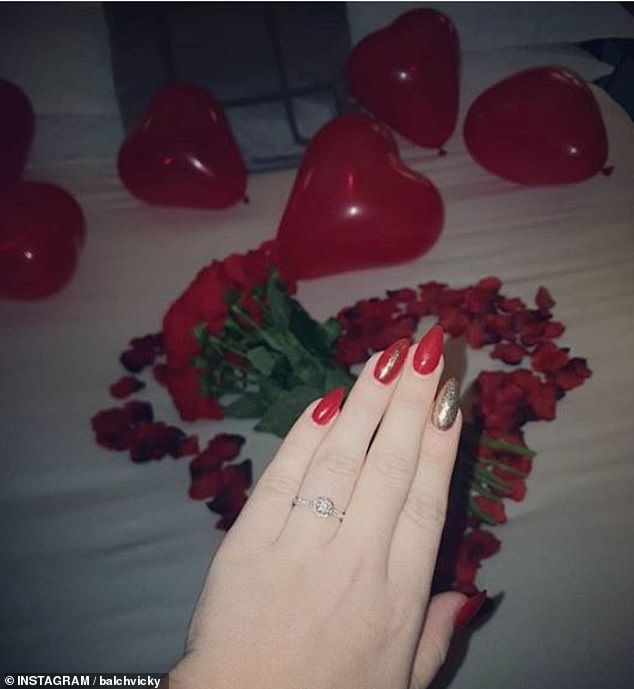 Vicky shared a photograph of her ring on Instagram in December and announced she was engaged with the caption: ‘Can’t believe my best friend asked me to marry him Friday’

Vicky’s lawyers claim the injuries she sustained were due to the ‘negligence and or breach of statutory duty’ of Merlin Attractions Operations Ltd.

The claim to the High Court in September this year accuses the firm of ‘failing to take any or any adequate care to ensure the reasonable safety of the Claimant whilst on the Smiler.’

It is understood that the filing of a claim is a purely procedural step taken by the claimants to protect their position, but it has been estimated by legal experts that they could be entitled to around £2 million.

Merlin has already been hit with a £5million fine after judge Michael Chambers called the theme park a ‘shambles’.

What happened during the Alton Towers Smiler crash?

On June 2, 2015, visitors were removed from the Alton Towers Smiler ride after a warning light indicated a fault.

Staff sent a test train around the track, but it didn’t make it around. Due to a breakdown in communication, staff did not realise this carrigage was still sitting on the track.

Passengers were let back on but as the first carriage made its way around, the computer system stopped it because it showed something was blocking the track.

Engineers were still not aware that there was a fifth carriage sitting on the track and overrode a fault which had been detected by the computer system, sending the ride crashing into an empty carriage with the force of a ’90mph car crash’.

At least 16 were injured and five people were seriously hurt.

Leah Washington from Barnsley, South Yorkshire, and Vicky Balch from Leyland, Lancashire, were both forced to undergo leg amputations as a result of the horror crash.

The Smiler at Alton Park, where 16 people were injured in a 2015 collision (file picture). An investigation found that a computer block stopping the ride because of a stationary car on the track had been over-ridden by staff, causing the crash

The trapped ride-goers had to wait more than four hours to be freed from the crumpled carriage while rescue workers battled to reach them as they sat 25ft up in the air at an angle of about 45 degrees, pinned in by the mangled metal.