They married last year after a year of dating.

And the passion is palpable between Ellen Page, 32, and wife Emma Portner, 24, in a new photo the Juno actress shared on Sunday to celebrate Pride Month.

The loved up actress shared a black and white photo of herself leaning in to kiss her spouse as the duo posed topless. 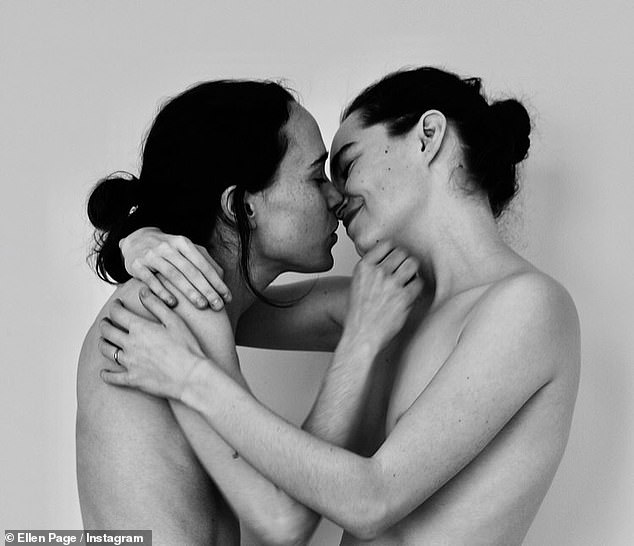 Celebrating: Ellen Page and wife Emma Portner embrace in an image the Juno star posted in honor of Pride Month

‘HAPPY PRIDE!!! Sending love’ Ellen wrote in the caption along with a rainbow and heart emoji.

In a February interview with Ellen championed being ‘a married lesbian couple in a world that doesn’t have enough LGBTQ+ representation.’

The Canadian actress continued to detail her quest for representation in the community, and drawing from her own experience, confessed: ‘I don’t think the importance of seeing yourself reflected can be undervalued.’

Ellen tied the knot with professional dancer Emma at the beginning on 2018 after they began dating during the summer of 2017. 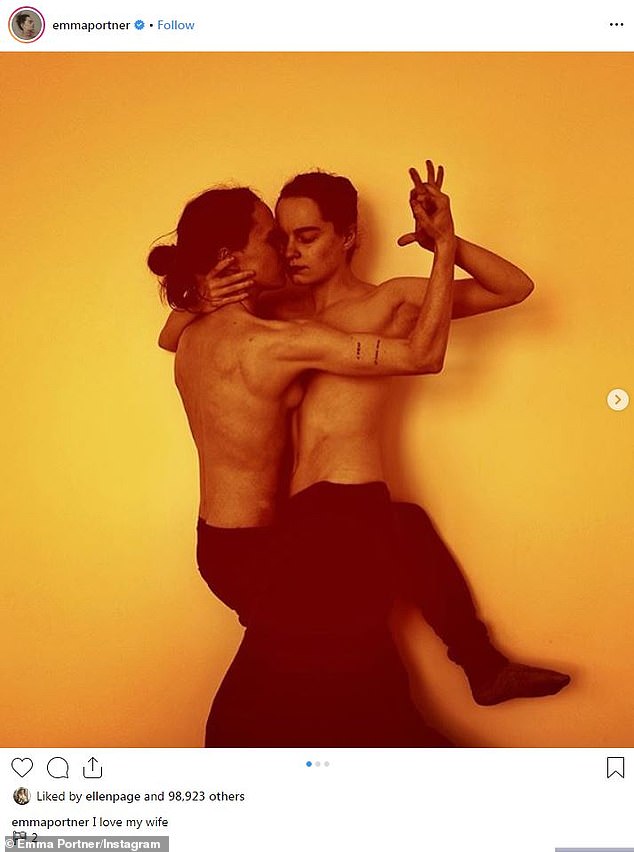 ‘I love my wife’: Last month Emma shared this image from the same series of photos

And continuing to detail the extent of her feelings for her other half, the Juno actress enthused: ‘I guess it just feels really grounding and really beautiful. Absolutely I’ve been in love before, and this was definitely a very different new kind and new form, clearly.’

Ellen came out as gay in 2014 at a Human Rights Campaign event with a rousing speech which earned her a standing ovation.

After five years of living authentically, Ellen has admitted that she is still in the process of ‘feeling comfortable in her body’ – however, noted that the ‘difference she felt in coming out…, you’d have to feel it to believe it.’ 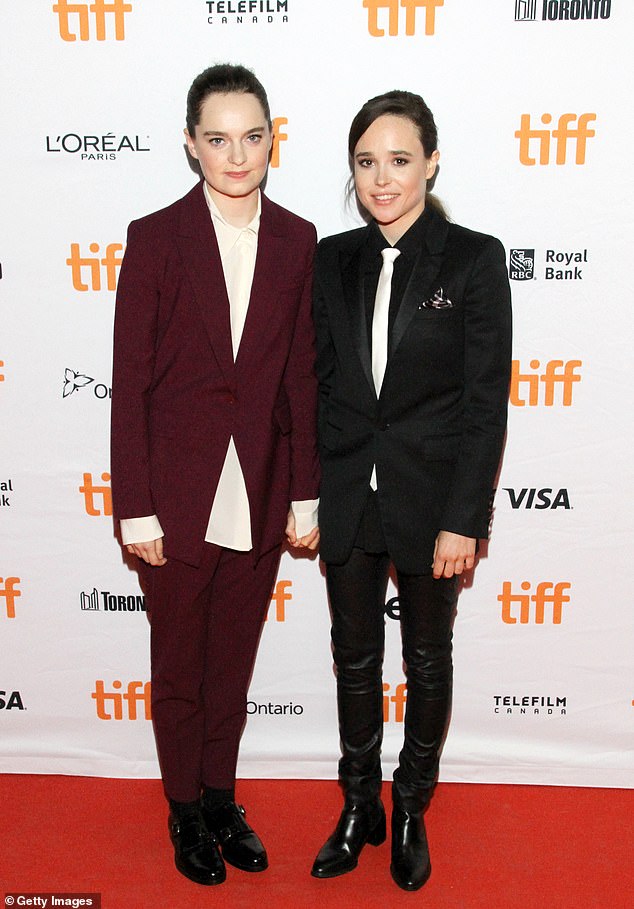 Ellen is now determined to fight for LGBTQ+ rights and awareness and recently blasted Chris Pratt for his connections to what she called an anti-LGBTQ church.

The Hard Candy star revealed: ‘I think it’s more just the natural movement of things to want to use the platform to help others who deal with much worse than what I had to deal with.

‘We have to figure out a way to help, give visibility to those who are most marginalised in our society.’ 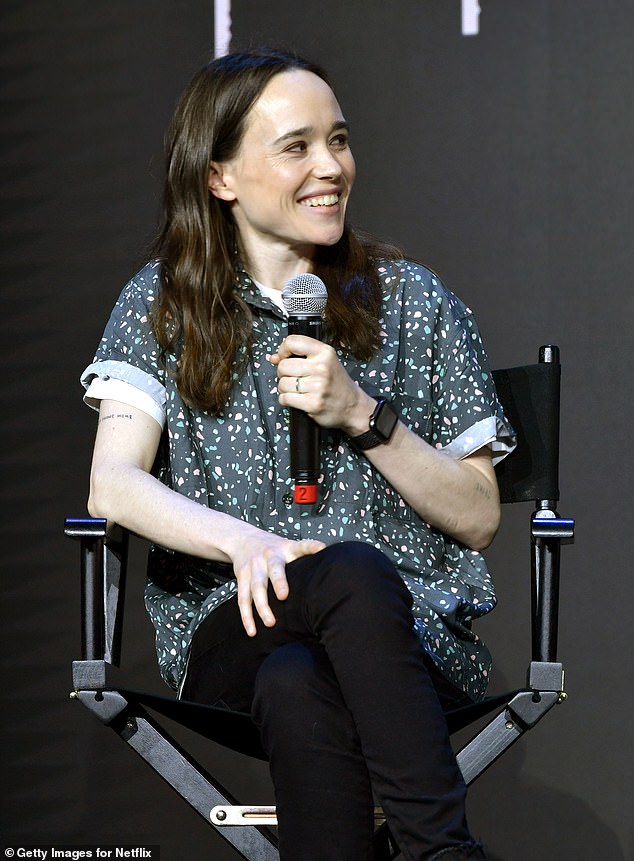 Ellen came out as gay in 2014 at a Human Rights Campaign event with a rousing speech which earned her a standing ovation. She is pictured last month at an Umbrella Academy screening

Meanwhile, Ellen alleged that back in 2006 – when she was just 18 – director Brett Ratner outed her as a lesbian and said degrading things about women such as commenting that a woman on set of X-Men: The Last Stand had a ‘flappy p****’.

Page also said she has been fondled by a director and sexually assaulted by a crew member- both when she was 16-years-old.

The actress called Ratner’s comments ‘homophobic,’ and she says the feelings of shame lingered.

Speaking in a lengthy statement on Facebook, Ellen revealed: ‘This public, aggressive outing left me with long standing feelings of shame, one of the most destructive results of homophobia.’