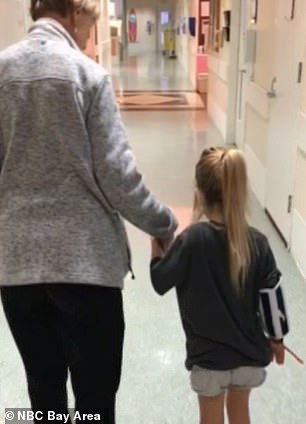 Eight-year-old Cali, seen right, is said to be recovering from a disease known as ‘Rat Bite Fever’

A disease which resulted in a multi-million dollar lawsuit against a pet store in San Diego has now left another girl in hospital for a week, covered in a rash and suffering from a fever.

The girl, called Cali, is said to be recovering from a disease known as ‘Rat Bite Fever’.

The eight-year-old is currently at Rady Children’s Hospital in San Diego, but her mother claims she was ‘at death’s door’ just a week ago.

If untreated, Rat Bite Fever can kill in just a few days. The disease can have mortality as high as 13 per cent, if left untreated.

‘She is 190 percent better. She is walking now. She is moving and using her arms. She’s eating and drinking,’ her mother Sabrina said to . ‘It was really scary and really hard to watch,’ she said. 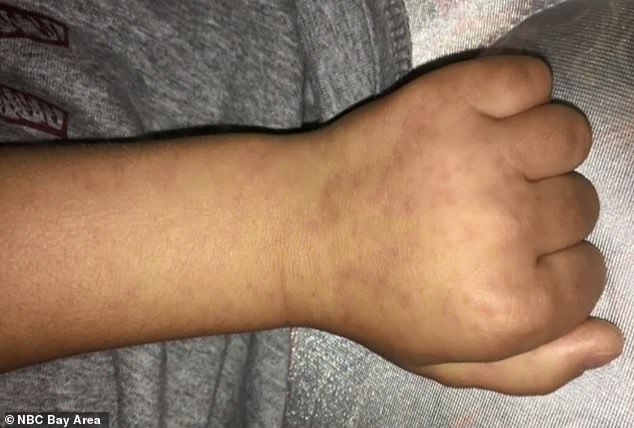 Rat fever, or leptospirosis, is spread via the urine of infected rodents, with symptoms including muscle pain and fever

Cali began showing signs of Rat Bite Fever last Saturday. Her body became covered in a rash and her temperature reached 104.6 degrees. Her joints hurt so bad she was unable to even walk.

The pet rats Cali was playing with, Shell and Onyx, have lived with her family for two years.

There was never any warnings about the potential of Rat-Bite Fever.

Despite the fact she was not bitten, it’s thought perhaps a break in her skin through which either rat saliva or urine was transferred, was carrying the Rat Bite Fever bacteria. 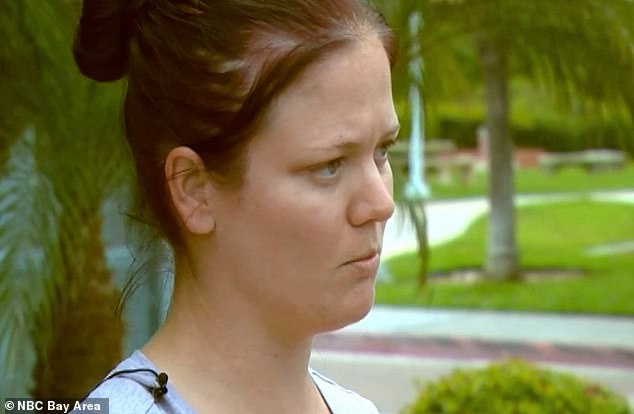 ‘She is 190 percent better. She is walking now, moving and using her arms. She’s eating and drinking,’ mom Sabrina said to NBC. ‘It was really scary and really hard to watch,’ she said

Cali has eczema on her fingers which may have contributed to the situation, a doctor said.

‘Actually as I was walking out of the room at one point, Cali said to me, “the thing I’m going to miss the most about being here is I’m going to miss my pet rat.” And I turned around and that was an “aha!” moment for me,’ Dr. Jane Burns told

The little girl is making a good recovery and hopes to be back home with her family by the end of the weekend.

Rat bite fever is a bacterial infection caused by either Streptobacillus moniliformis or Spirillum minus, both are found in the mouths of rodents.

With treatment, which consists of a 7-14 round of antibiotics, prognosis is good.

Untreated, the death rate is as high as 25 percent.

The family are now looking for someone to adopt the pet rates.

‘We didn’t want to do it,’ said Sabrina to ‘It’s not a fun thing to tell your kid you’ve got to get rid of your best friend.’

Cali is the third case of Rate Bite Fever that has been treated at the children’s hospital in the last six years.

In 2013, 10-year-old Aidan Pankey died of the disease less than two weeks after his grandmother bought him a rat from Petco.

The Pankey family sued the company for $20 million, accusing Petco of failing to properly notify customers of the risks but their lawsuit was not upheld.

‘They are like little dogs. They play with you, they run with you,’ Sabrina said of Cali’s two rats.

The condition often goes unrecognized and undiagnosed – and only around 200 cases of rat-bite fever have been recorded in the U.S. since 1839. 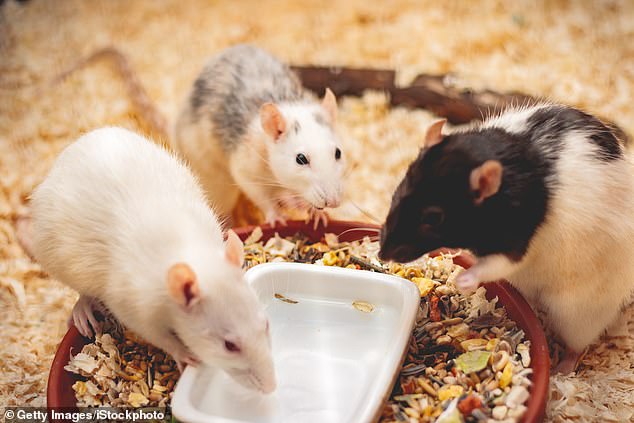 Rat bite fever is a bacterial infection caused by either Streptobacillus moniliformis or Spirillum minus, both are found in the mouths of rodents (file photo) 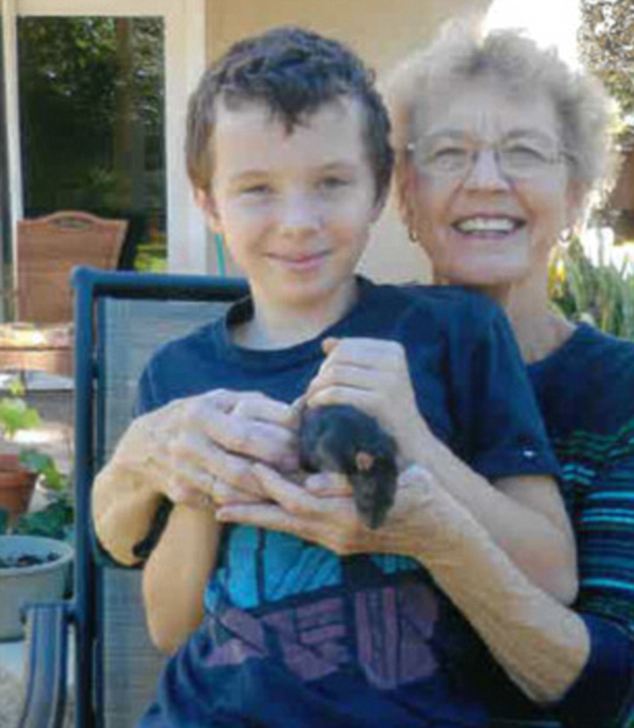 In 2013, 10 year old Aidan Pankey died of the disease less than two weeks after his grandmother, pictured right, bought him a rat from PetCo. The family sued PetCo but failed