She’s the A Current Affair reporter known for her demure and conservative style.

And now Sylvia Jeffreys has tried on a new look for size, as she graces The Sunday Telegraph’s magazine.

Teasing the cover image to Instagram on Saturday, the 33-year-old is seen sporting a black leather jacket and pulling a seductive pose. 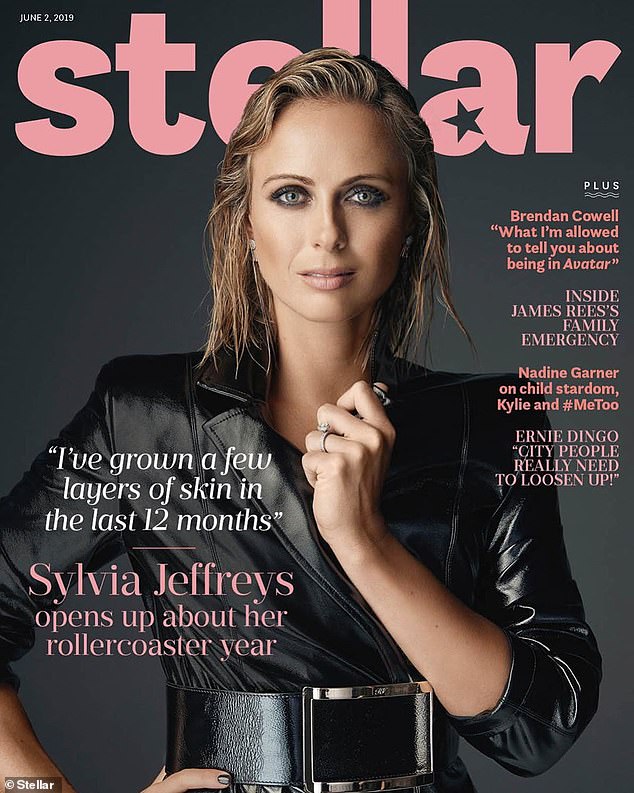 That’s different! Sylvia Jeffreys, 33, sports black vinyl and transforms into a blonde bombshell with wet hair and heavy eyeliner, for the cover of Sunday’s Stellar magazine

Sylvia teams the look with wet tresses – a style made popular by Kim Kardashian – and heavy kohl eyeliner.

A patent belt cinches in at her waist, and her wedding rings are visible in the shoot.

Noting just how different she looks in the cover image, Sylvia captions the post: ‘Hello. I’m in @stellarmag tomorrow. And I definitely did not wake up like this.’

Sylvia spilled her beauty secrets in an interview with in 2016. 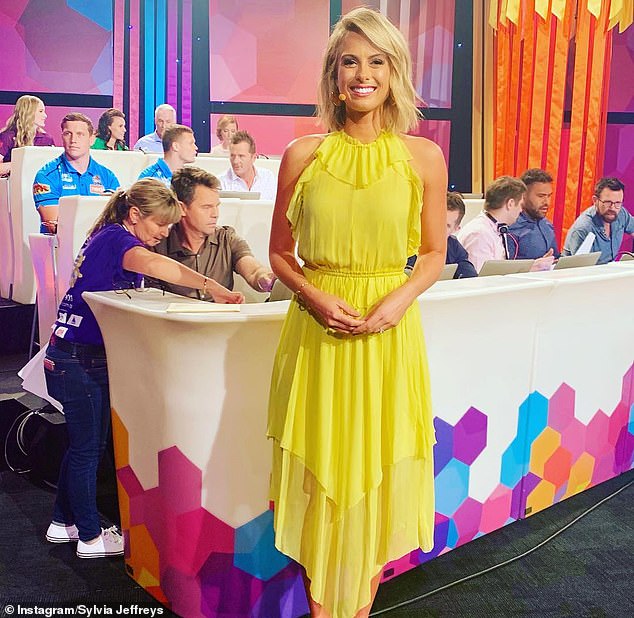 ‘When I was working behind a bar at 21, my brother said, ‘Sylvia, it’s time to start wearing a little makeup’,’ Sylvia recalled.

‘I looked like I had just come off the netball court. I couldn’t be bothered,’ she continued, adding that she’s ‘developed an interest and can appreciate a good product’.

The blonde also revealed she tries to restrict dairy, sugar and bread from her diet, and follows an exercise regime of Barre Pilates and running. 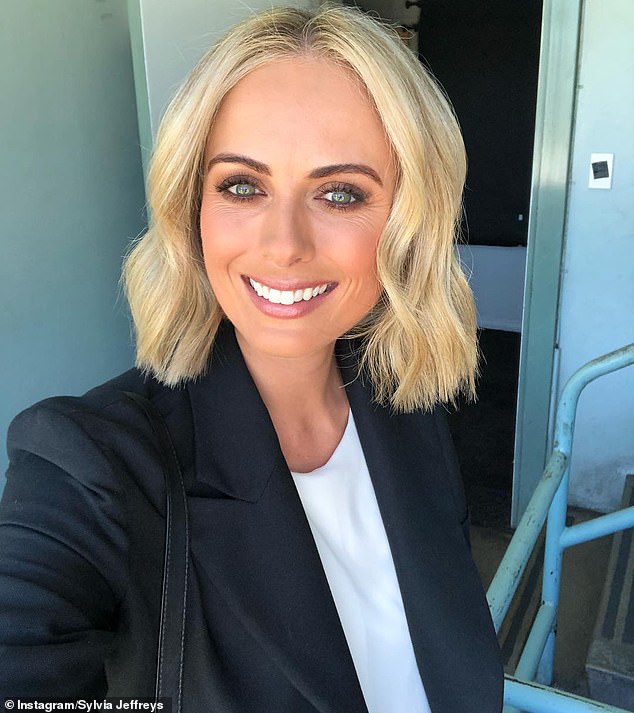 ‘I’ve developed an interest’: The wife of former Channel Nine journalist Peter Stefanovic told Beauticate in 2016, that she discovered makeup ‘very late in life’, at age 21