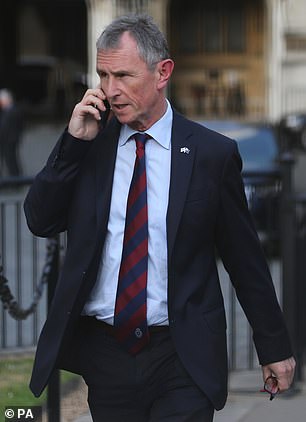 Tory chiefs are considering changing party rules to prevent so many candidates standing in the race to succeed .

Senior party figures fear that as many as 20 MPs could run, creating ‘chaos’ and delaying the process to find a new leader.

The Conservative party board – its governing body – and the 1922 executive committee will meet on Tuesday to discuss raising the number of nominations candidates need in order to stand. At present, MPs only need a proposer and a seconder to join the race.

Nigel Evans, who is joint executive secretary of the 1922 Committee of backbench Tory MPs, accused some of the candidates of putting themselves forward despite having little support in the hope of securing a Cabinet job. ‘Some people have put their names forward when they have not got a credible chance of winning,’ he said. ‘We could rather absurdly hit 20 candidates by the time nominations close.

‘My view is that we should have not just a proper and seconder but a number of declared supporters for a candidate to be allowed to run. That would whittle the number down.’ 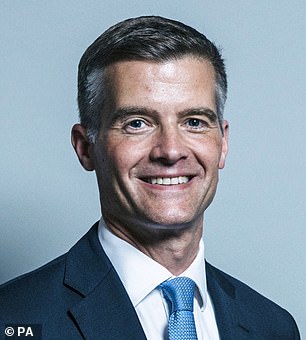 He added: ‘We do not hamper ambition, but we do not allow some candidates to take the mick and abuse the rules in order that they can get a Cabinet job after. The rules are clearly not fit for purpose as they currently stand.’

Former Tory leader Iain Duncan Smith said the number of nominations that candidates need should rise to ’10, maybe 12′. Tory MPs will vote on the candidates in a series of knock-out rounds before they have whittled the list down to a final two, who party members will then get to choose from.

Last night, Mark Harper, a former chief whip, became the 12th Tory MP to enter the leadership race. He admitted he is an ‘underdog’ but said he is the only candidate not tainted by serving in Mrs May’s government.