She gave birth of her second child, a daughter, with her husband Sean McEwen in January.

And Tammin Sursock revealed what it was like being pregnant for a second time after suffering multiple back-to-back miscarriages.

Taking to Instagram, the 35-year-old confessed that she didn’t feel connected to her baby in the womb as she feared miscarrying again. 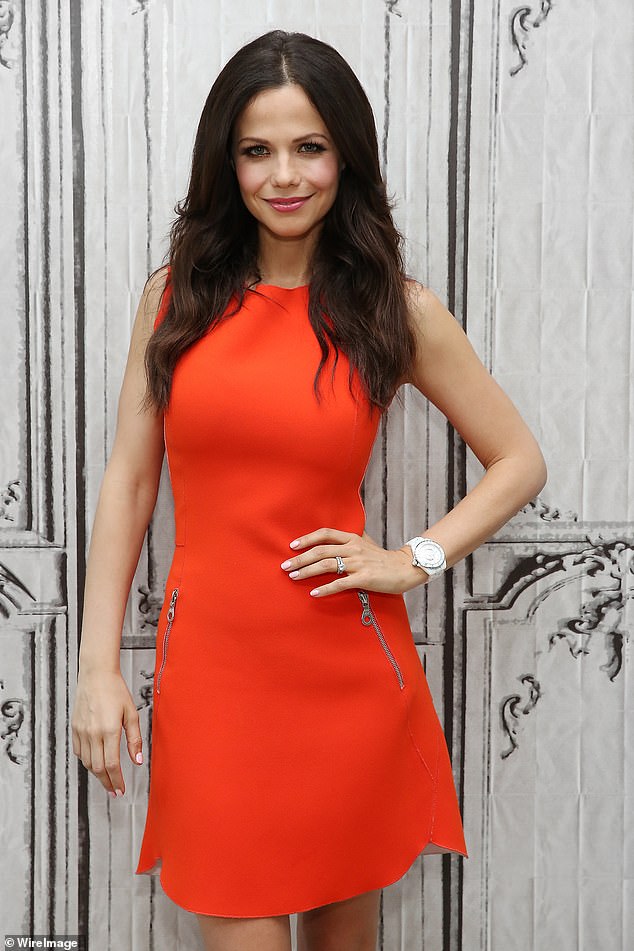 ‘I was terrified’ Home and Away actress Tammin Sursok, 35, (pictured) opened up about being pregnant for a second time after suffering back-to-back miscarriages

‘When I got pregnant for the second time, I had been pregnant on and off for a year. Back to back losses plays such a massive role on your psyche,’ Tammin began.

‘I didn’t feel connected to my second babe in my womb. I was terrified that if I loved her too much and lost her how could I keep going.

‘So I protected myself and it felt rotten. Subconsciously, I had to see that she was okay to let go. This wasn’t something I chose to do. 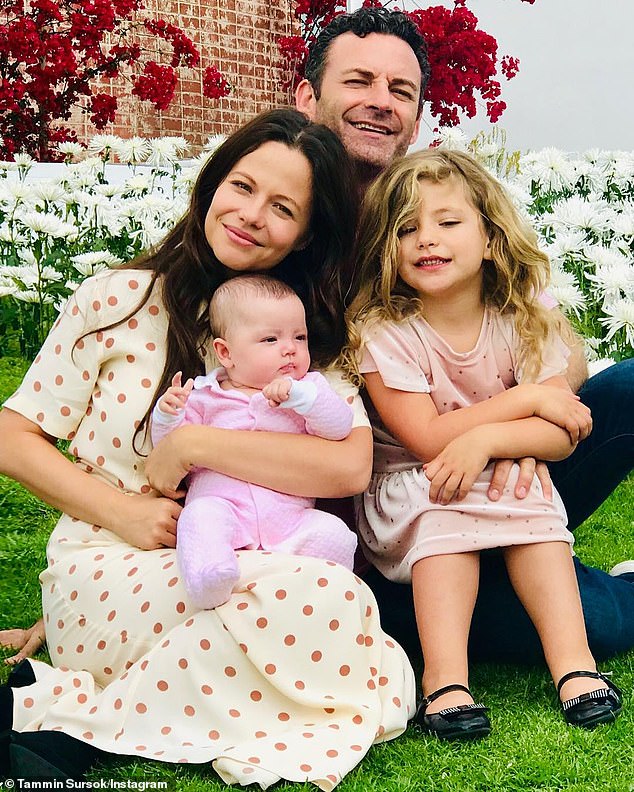 Nervous: ‘I protected myself and it felt rotten. I had to see that she was okay to let go,’ she said. Pictured with baby daughter Lennon,  Phoenix, 5, and husband Sean McEwan

Tammin continued: ‘It was just what my brain decided for me. The second I saw her I fell so deeply in love with her.

‘Maybe so deep and so fast because I hadn’t let myself for almost a year. If you are going through this, know it’s actually normal.

‘And you were all right. A second child just expands your heart. Can’t wait to spend my life loving them both,’ her candid post concluded. 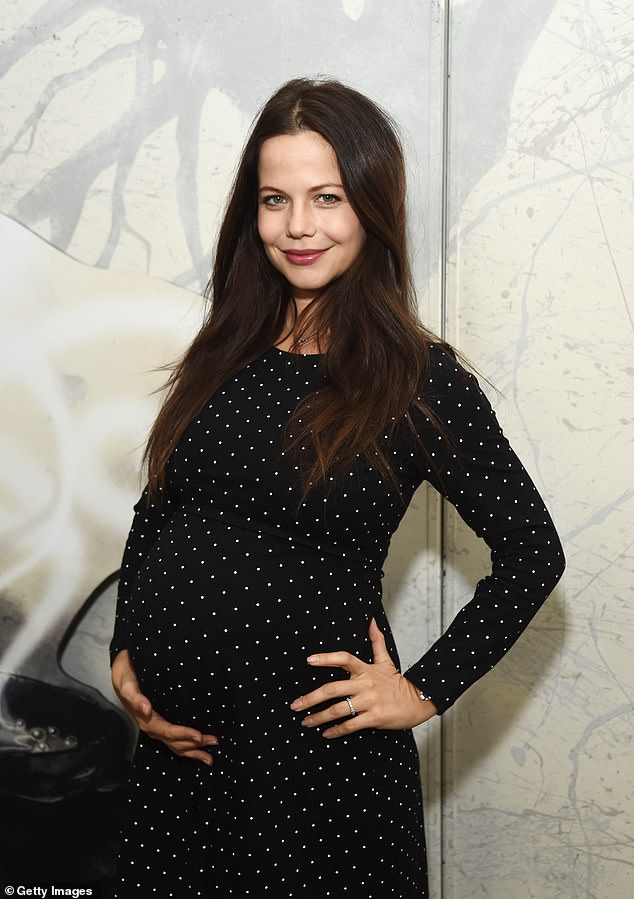 ‘I didn’t connect to this baby for so long’: In Janaury, Tammin first revealed her emotional struggle after falling pregnant

It’s not the first time the actress has opened up about her struggle to connect with her second baby during her pregnancy.

Speaking on Dr Berlin’s Informed Pregnancy podcast, she said their past heartbreak made it difficult for her and husband Sean McEwan to bond with their second child in the womb. 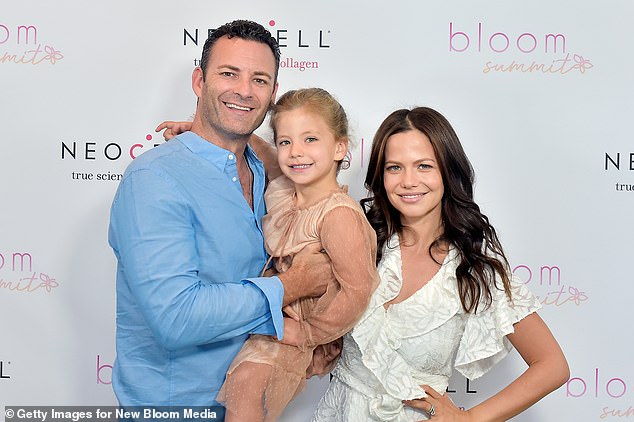 Tough: The actress said their past heartbreak made it difficult for herself and husband Sean McEwan (left) to bond with their second child in the womb. Pictured with daughter Phoenix

‘I didn’t connect to this baby for so long. I think my husband did too. I was like, ‘Are you connected to this baby?’ And he was like, ‘I’m trying,’ Tammin said.

‘And then it’s almost like, when the baby turned, I felt like we were communicating. Until she could survive on her own [was] when I started to go, ‘This is real’.’ 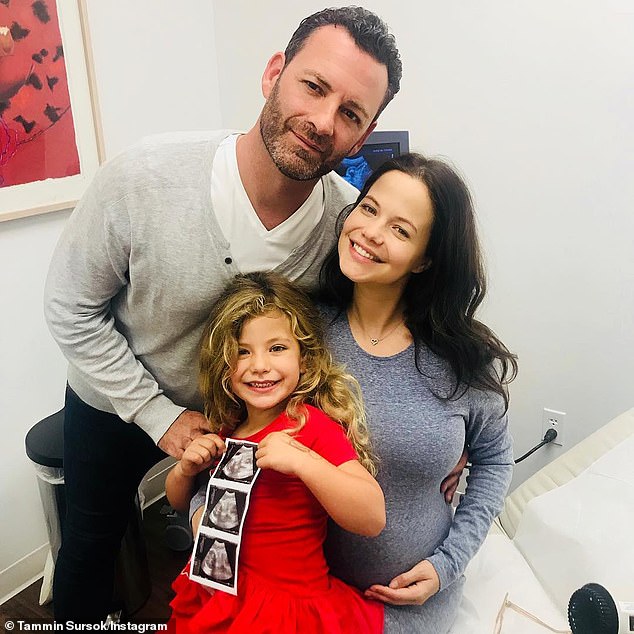 Open: Tammin explained that although her miscarriages were ‘traumatic’ and ‘sad’, she wanted to share her story in order to help other women

Kim Kardashian and Kanye West 'are using a NEW surrogate to carry fourth child
2019 Logie Awards: Kelly Rowland and Delta Goodrem dazzle in rhinestone-covered gowns
Maya Jama spends time with boxer Anthony Joshua during new promotional campaign
Cardi B slips her killer curves into a rainbow catsuit as the rapper twerks on stage
Lisa Armstrong cuts a casual figure as she steps out ahead of 'showdown with ex Ant McPartlin'
Little Mix's Jesy Nelson bounces back from trolling documentary for LM5 tour in Madrid
Netflix's You Aussie star reveals what it was like working with Penn Badgely on hit thriller show
Tom Fletcher reveals his childhood friend Neil has died