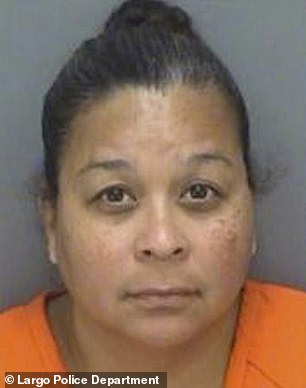 Valerie Branch-Galloway, 42, was charged with domestic battery after allegedly whipping her stepson on Thursday morning

A woman has been arrested for whipping her 26-year-old stepson with a leather belt when he arrived home 30 minutes after curfew.

Valerie Branch-Galloway, 42, was charged with domestic battery over the incident which occurred inside her Largo residence in the early hours of Thursday morning.

Branch-Galloway reportedly called the man at midnight asking why he had not returned to the property by his 12 AM deadline.

When he arrived half an hour later, Branch-Galloway is alleged to have given the victim an ultimatum – she could tell his father that he had violated curfew or he could take ‘licks’ from a leather belt.

The step-mom is accused of whipping the man 11 times on the buttocks before he pleaded with her to stop, according to .

However, Branch-Galloway continued to lash her stepson a further 19 times, leaving him with bruising on his body.

She is said to have confessed to cops that she whipped the man, but denied that he had asked her to stop.

Branch-Galloway has been the male’s his step-mother for 13 years. However, he only returned to the Largo home to live with her and his father three months ago.

She was released from prison on a $2500 bond and is due to return to court. 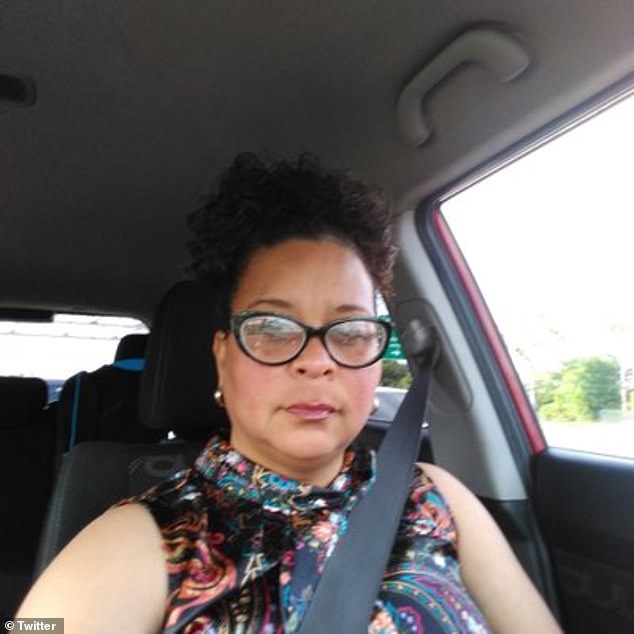 Branch-Galloway has been the male’s his step-mother for 13 years. She has been released from prison on a $2500 bond