Commuters in New York were sent into a panic on Friday morning after a firecracker sparked worry that Subway riders were under attack.

Passengers on the F train at 23rd Street Station in Manhattan were in fear for their lives when someone reportedly lit the explosive and tossed it into the train before escaping in ‘maniacal laughter’.

The incident took place in a rear carriage and law enforcement is looking into whether the perpetrator or perpetrators were actually on the train.

But many who heard the crackle and boom around 9.30am had no idea what was going on in the heat of the moment. Some left their belongings – including valuables, bags and even shoes – as some mistakenly believed a gun was involved. 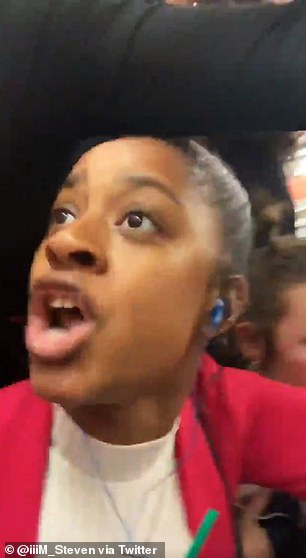 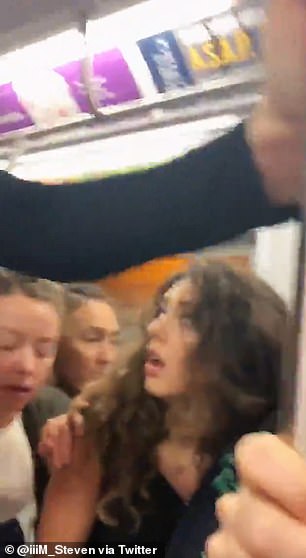 At least one lit firecracker was thrown on the New York Subway F train at 23rd Street Station in Manhattan, New York at 9.30am Friday. A witness said perpetrator fled in ‘maniacal laughter’

Video footage from witness showed cramped carriages attempting to disperse. ‘Stop pushing! We’re all trying to get off,’ one is heard screaming.

Passenger Amelia Vogler wrote on Twitter afterwards that there was ‘maniacal laughter from perpetrator’ as the explosive was tossed into car 9342 at the back of the train nearby the stairs for access to the busy L train.

‘My left ear is messed up now,’ she said about the loud incident. ‘Nothing makes you contemplate your own mortality on a Summer Friday commute more than an explosive device being thrown mere inches from you in a subway car.’

Others who had no idea what caused the chaos, assumed it was gunfire.

Passengers reported seeing a service dog caught up in the frightening incident.

‘Two Subway cars of people just stampeded into the car I was on (F train) as it pulled into 23rd. People terrified, crying, hollering “GUN!”, crushing forward towards the doors, panicked. I helped people in front of me get out, tried to protect them from the push from behind,’ one man posted on Twitter.

‘I got pushed down and stepped on, then pulled up by someone and we helped each other get out. First responders all over the place now, doesn’t seem like anyone was hurt except for bumps and bruises. I’m good, rattled, couple scratches…pissed. WALKING to midtown.’ 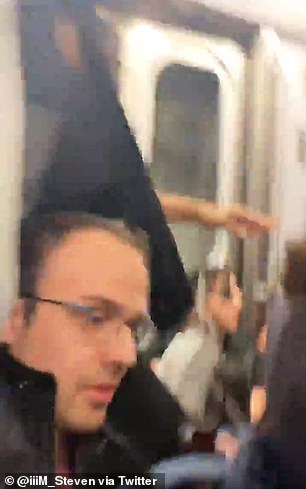 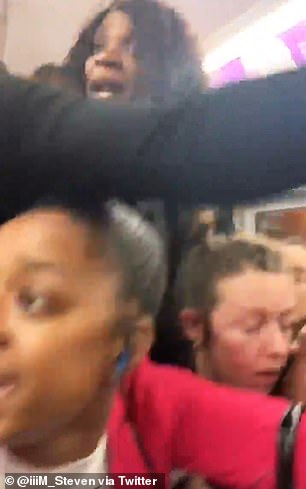 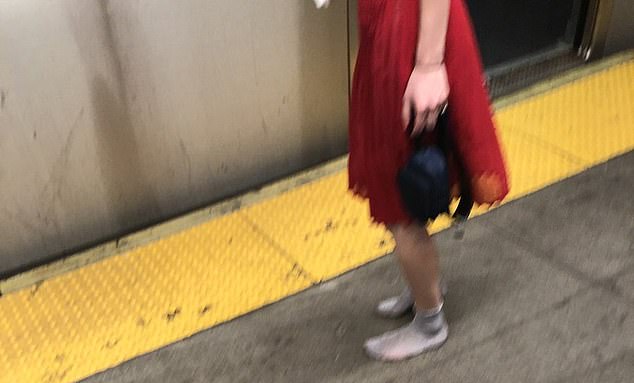 ‘I was just walking down into my stop (23rd St uptown FM) and all of a sudden this stampede of people come running out yelling RUN because apparently there was someone on the train with a gun?? Hooray America happy Friday,’ one tweeter posted.

Authorities believe a group of teenagers were responsible for the horrifying incident.

Captain Tony Fidacaro, Commanding Officer of District 2, said Friday afternoon: ‘Unknown individuals set off what appears to be a firework or firecracker.

‘This caused numerous people to get out of the train and platform.’

Amid the hysteria a 52-year-old woman was injured and later sent to hospital.

She is in stable condition at Bellevue Hospital. 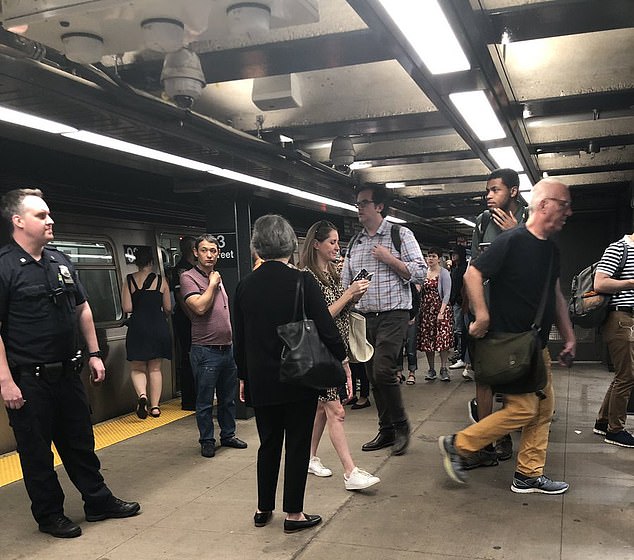 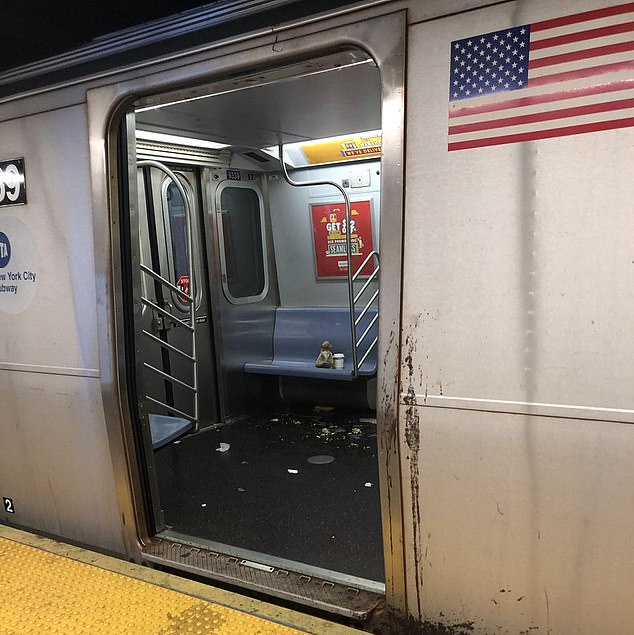 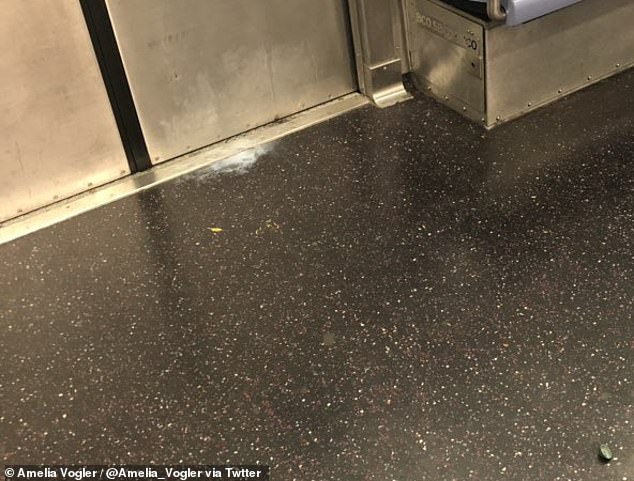 The woman was not directly physically harmed by the explosive but she twisted her knee.

It was as ‘several people fled upstairs’ but the officer was unable to confirm how many passengers were involved simple that it was ‘a lot’.

A Twitter user wrote: ‘One thing is for sure: New Yorkers don’t stand around and wait to figure out what’s going on. They M-O-V-E.’

Dave Calhoun wrote: ‘People came flooding in from the next carriage screaming and set off a chain reaction of fear. Apparently someone let off a firecracker or something. Shoes, bags, screaming.Seems most people ok. Someone broke an ankle.’

‘Any incident that happens at rush hour is always dangerous,’ Fidacaro said. He added: ‘No other injuries are associated with the incident at this time.’

Whether the alleged firecracker was tossed while the train was at the station near Sixth Street or in between stops was under investigation Friday afternoon. 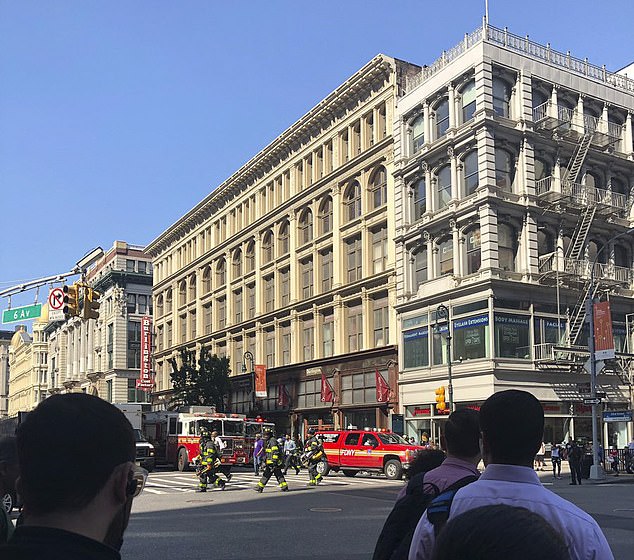 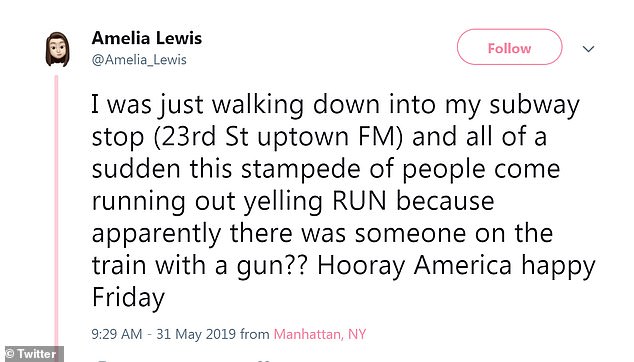 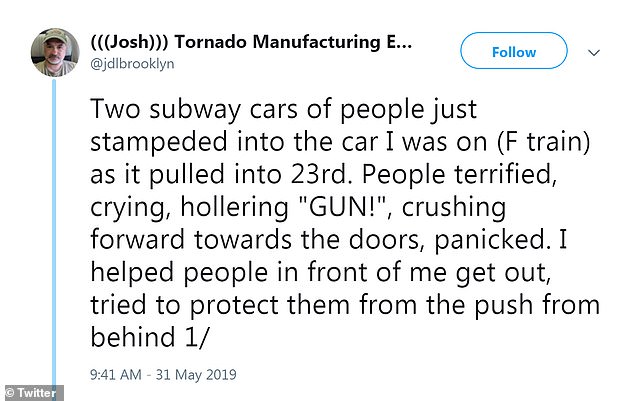 Police are also looking into whether it was a single firecracker or if there were multiple thrown.

The disruption was not only scary for New York commuters but caused delays.

Fidacaro said people did not go into another cars on the train but were taken off the Subway and brought upstairs where they left the station.

Following the chaos, northbound F trains were running express from W 4 St-Washington Sq to 34 St-Herald Sq. Some of them were running on the G line from Bergen St to Court Sq then via the E line to Jackson Hts-Roosevelt Av.

Riders were advised to expect delays on B, D, F and M trains. Northbound M trains were ending at Chambers Street.

‘This is criminal, dangerous and abhorrent behavior,’ NYC Transit President Andy Byford said. ‘We are working with the NYPD to ensure whoever did this is brought to justice.’

He added that the perpetrators were ‘mindless idiots’ and said it was ‘stupid, reckless, mindless, moronic behavior.’

Anyone who witnessed the incident is asked to call 911 with any timely information or contact NYPD or FDNY. 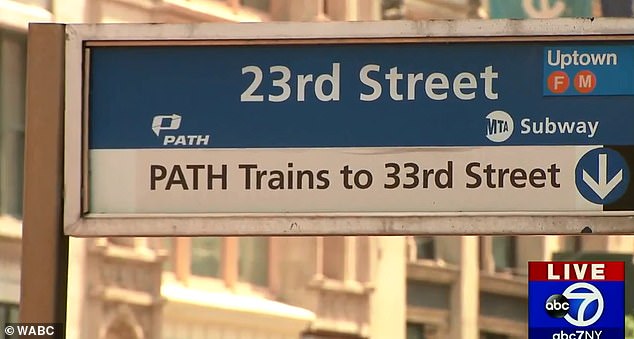 Following the chaos the northbound F train was disrupted as were services on the B, D, F 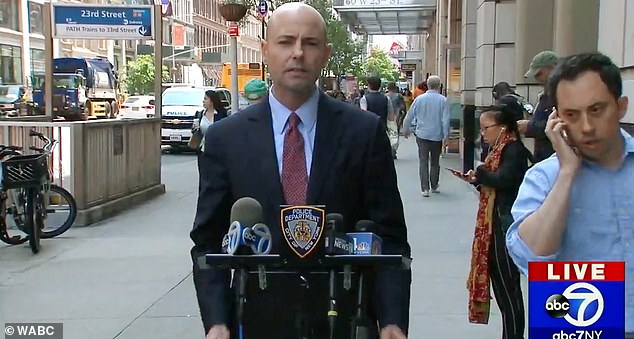 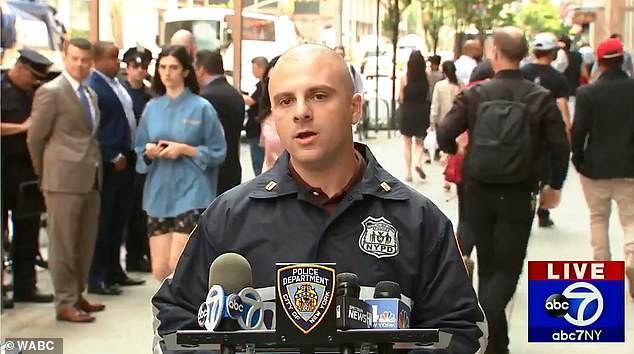