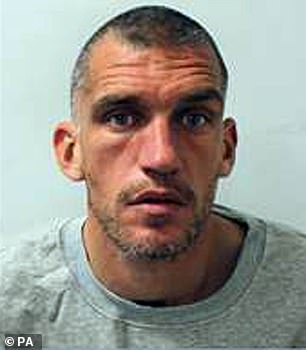 An amateur conjuror’s girlfriend is facing jail after helping him hide a decomposing corpse in the loft of their London home. (Pictured) Gary Hopkins, 37, was convicted of the murder of 17-year-old Abdi Ali in 2017

An amateur conjuror’s girlfriend, who helped him hide a decomposing corpse in the loft for eight months, is facing years in jail.

Stacy Docherty, 28, also assisted with cleaning up bloodstains after 37-year-old Gary Hopkins killed Abdi Ali by battering him with a claw hammer and stabbing him with a six-inch knife as he slept on the sofa of their flat in Enfield, north .

The body, which was occasionally brought down to show friends, was wrapped in a duvet, had plastic bags put over the head and winched into the loft using a noose made out of cables.

Appearing in the dock wearing cornrows and a large crucifix, Docherty admitted one charge of perverting the course of justice.

A further charge of preventing lawful burial was left to lie on file.

Hopkins was found guilty of murdering Ali, who was a ‘cuckoo’ drug dealer that sold heroin, earlier this year. 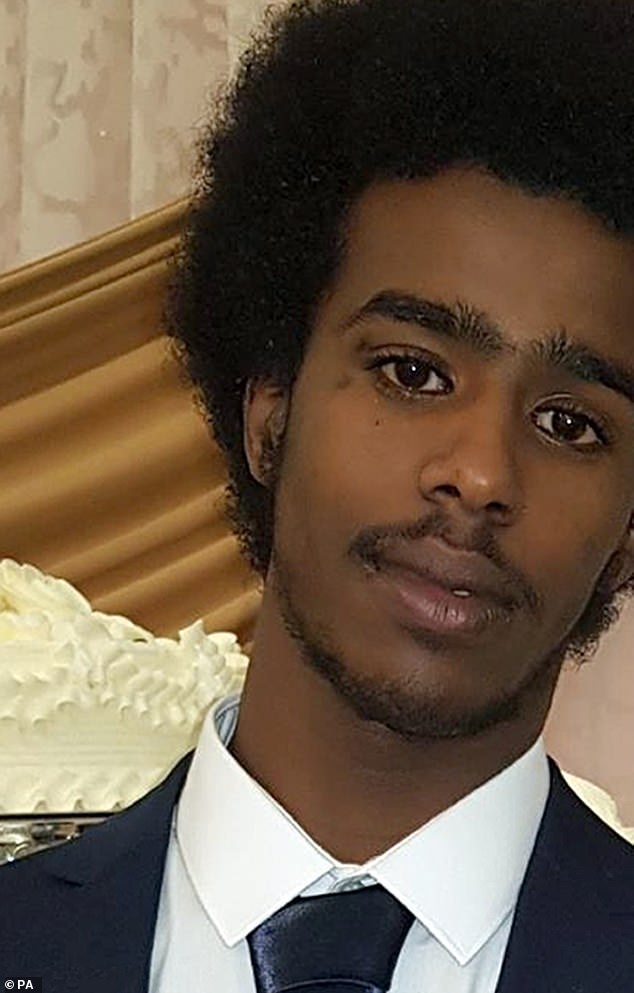 Stacy Docherty, 28, also helped clean up bloodstains after her boyfriend battered Ali (Pictured) to death with a claw hammer and stabbed him with a six-inch knife as he slept on the sofa of their home in Enfield, north London 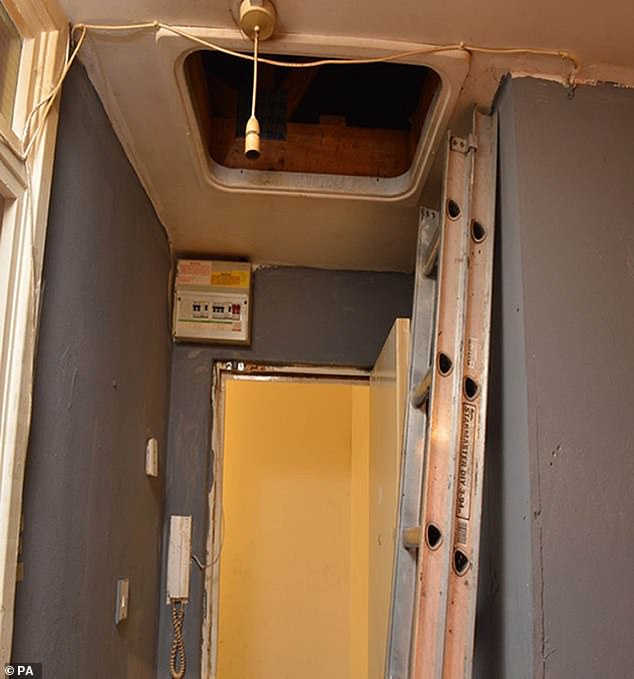 The hatch to the attic in Hopkins’ Edmonton home where the insect infested body was hidden. It was wrapped in a duvet before being winched into the loft using electric cables

This is when drug dealers use both physical and emotional threats to establish a base for selling drugs in someone’s home.

It is often linked to trading known as ‘county lines’, when dedicated mobiles are used to connect both urban and rural drug dealing networks.

The National Crime Agency estimates there are 2,000 such operations in the UK.

It has been suggested that they are linked to a rise in knife crime.

Her defence told the Old Bailey today that she has been involved in various programmes while in prison.

Bernie Richmond, defending, said: ‘The real thrust of our mitigation is, of course, the progress she has made since.’

During the trial, the jury heard that despite Ali’s family desperately searching for him, the teenager’s insect-infested corpse lay undiscovered until the following summer when a friend of the couple tipped off detectives.

Stacie Collard had been invited to have a look at the body but lost her nerve as she climbed the loft ladder and went to the police.

Ms Collard told the jury that Docherty later said Ali was killed because ‘he had a debt of £60 to a guy and hadn’t bought Christmas presents for the children’.

‘That’s why I believe it was done,’ she added.

‘She said she felt as if she pushed Gary into it all; she felt like it was all her idea and she pushed him into it.’

Ms Collard told jurors she shared the grisly secret with her partner later that day and the two went to Hatfield Police Station to report it the following Monday. 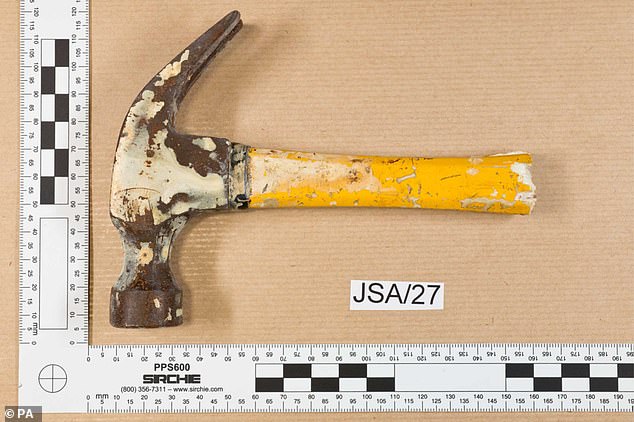 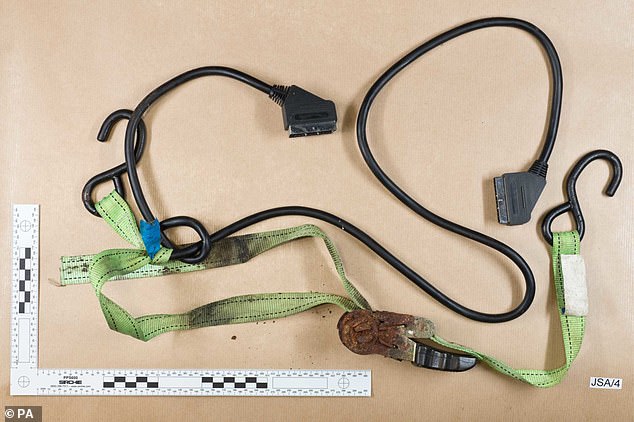 Hopkins and Docherty, both of Hartmoor Mews, Enfield, north London, each denied murder but Hopkins was convicted following 16 hours of deliberation after a four-week trial.

He admitted perverting the course of justice and preventing the lawful burial of a body before the trial started.

Docherty wept as she was cleared of murder and manslaughter but jurors were unable to agree verdicts in respect of the other two charges.

The Recorder of London, Judge Nicholas Hillard QC, remanded Hopkins in custody ahead of sentence on 27 June.

2 arrested after lady, 70, mentioned she was saved in canine...
Meghan Markle to lose SECOND close aide after private secretary announces she will leave
Napoleon's gold is hidden in his hometown, Russian historian claims
How a powerful anti-sickness cancer drug could provide IBS relief
UK weather: Britain braces for its hottest day on record today
AMANDA PLATELL: My friend Priti Patel has got the steel to tackle knife crime as Home Secretary
Boris Johnson gathers Cabinet after EU's Michel Barnier hits at Brexit plan
Mother begs strangers not to use sunbeds after years of tanning left her with deadly skin cancer