These ghostly pictures reveal the hidden world of abandoned buildings left to decay across Georgia.

Incredible images show a time-capsule house with everything left behind, a forgotten Olympic-size pool at an abandoned college and a closed football stadium once used during the 1996 Summer Olympics as a hockey venue.

Other striking shots show an old auditorium in an abandoned school, the ruins of Corpsewood Manor where a gruesome double murder took place and old wooden seats left exposed to the elements for decades.

The images show a world of abandoned buildings after a photographer traveled the back roads to explore what has been left behind. 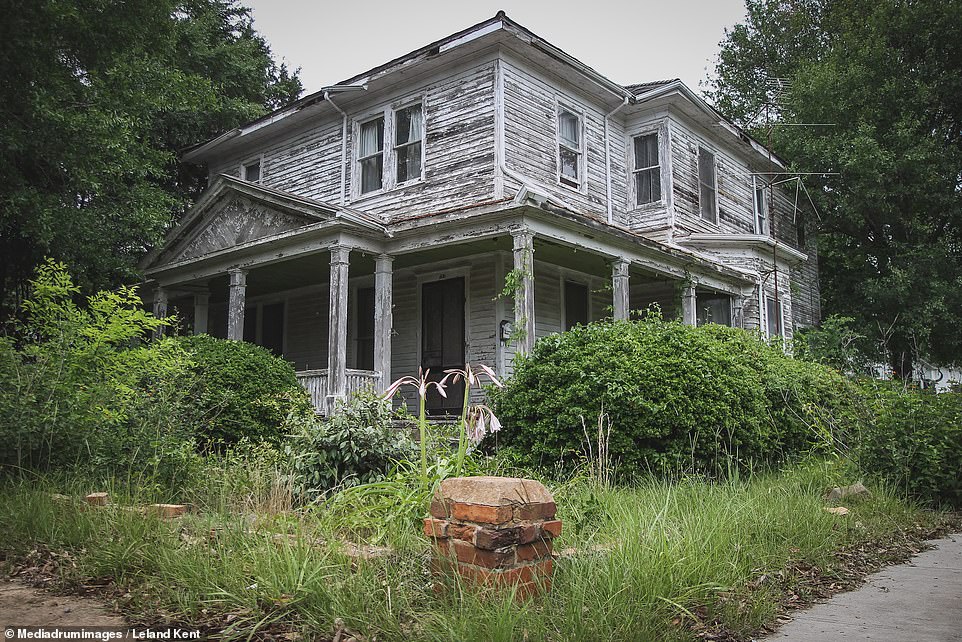 An exterior view of the Willie House in Louisville, Georgia before its renovation. In Abandoned Georgia: Travelling the Backroads, photographer Leland Kent showcases fourteen abandoned locations from across the state 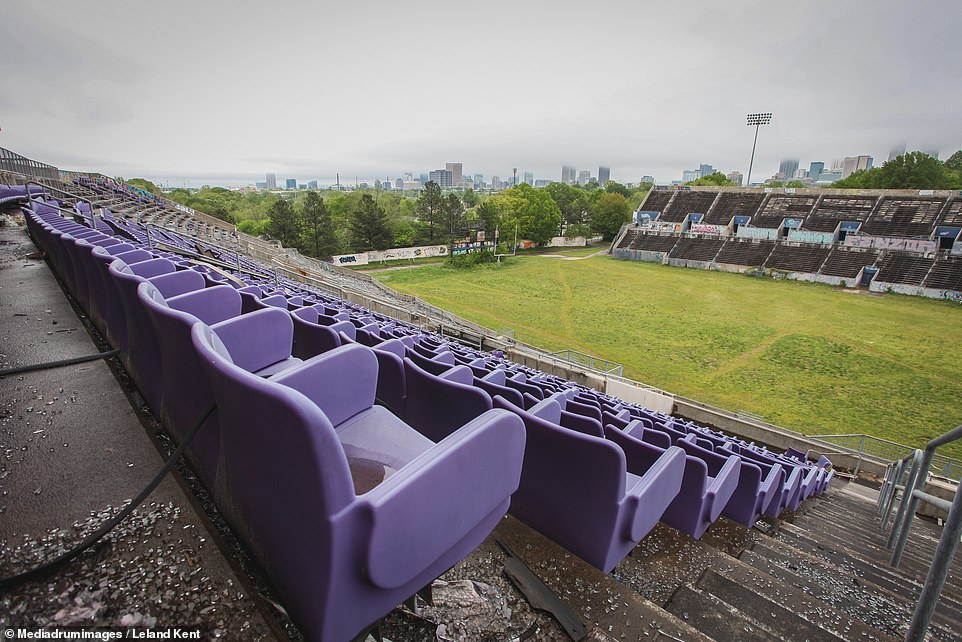 An abandoned football stadium once owned by a college in downtown Atlanta, Georgia. The Alonzo Herndon Stadium hosted field hockey during the 1996 Olympics 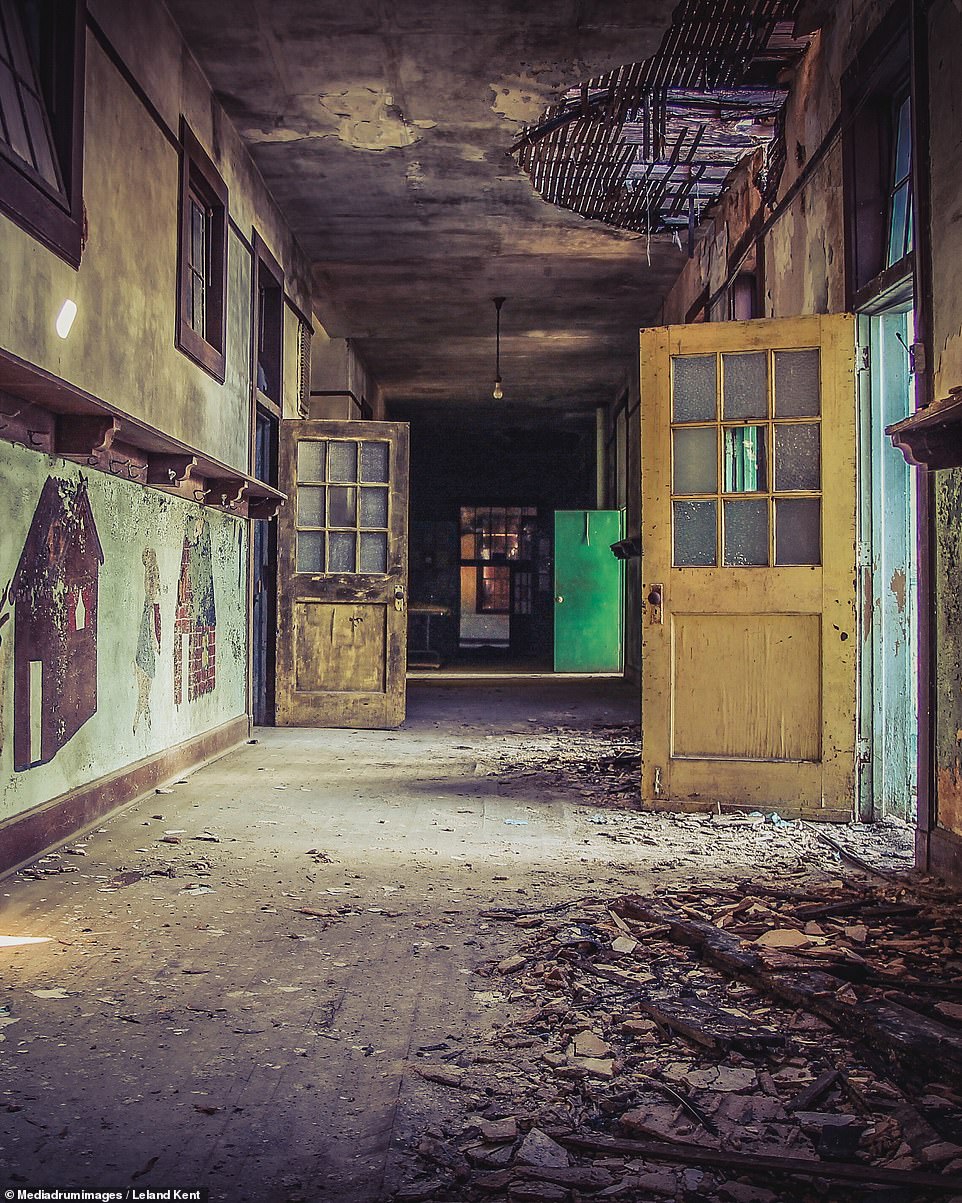 A hallway inside an elementary school left abandoned for decades. Whether it’s a small six-room school or a sprawling defunct religious community, ‘they are all left for nature to take over after being discarded by humanity’, the book states 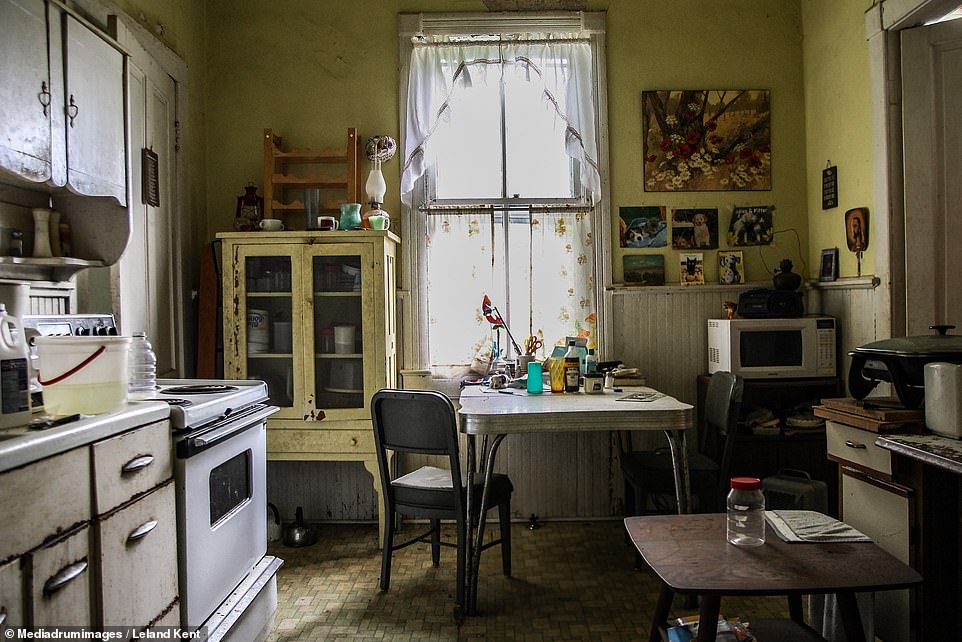 The kitchen inside of the Wille House where everyday items have been left preserving it as a ‘time-capsule’. Each chapter captures the ‘beauty of these abandoned places through stunning imagery accompanied by a detailed narrative’, the book adds 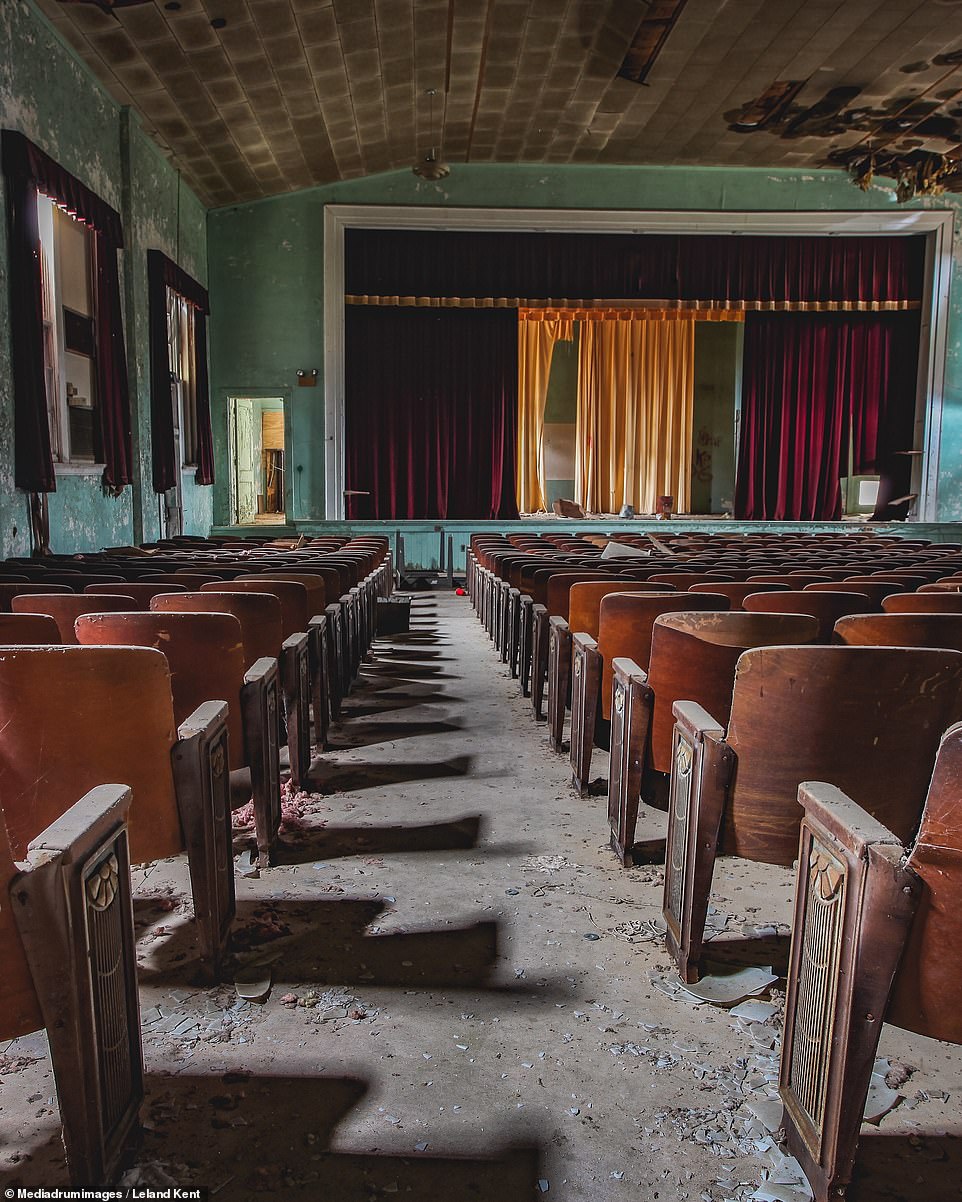 An old auditorium inside an abandoned school with dusty seats crumbling walls. Abandoned photography ‘captures the beauty of urban ruins left behind. The author’s goal is to give the viewer an exhilarating look at our past and inside these forgotten places’, the book says 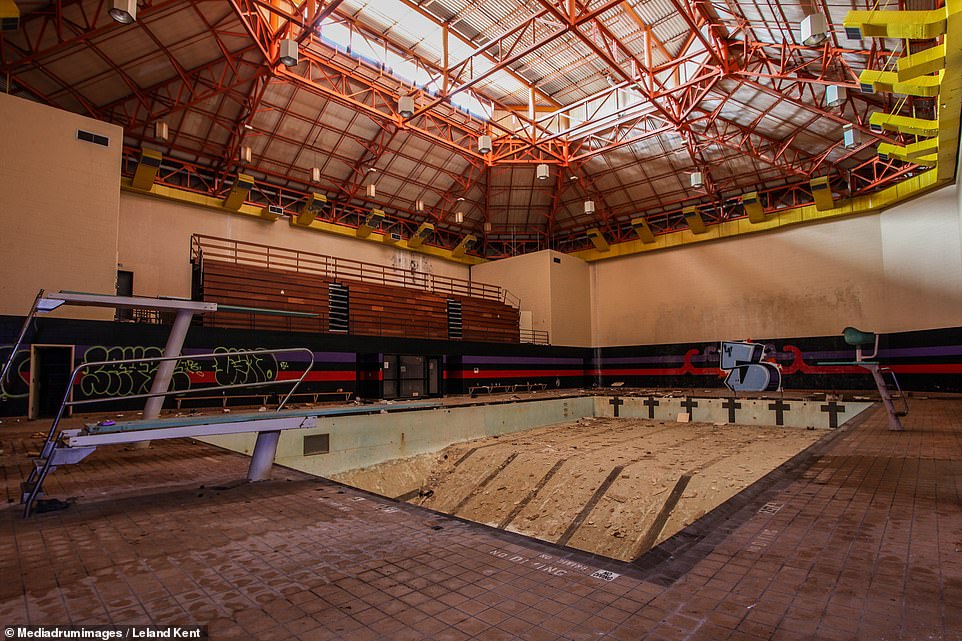 A forgotten Olympic-size pool at an abandoned college in Atlanta, Georgia, still has some of the seats, benches and diving boards intact. ‘Each location has a story waiting to be told. Georgia is home to dozens of fascinating abandoned or forgotten places’, the book states 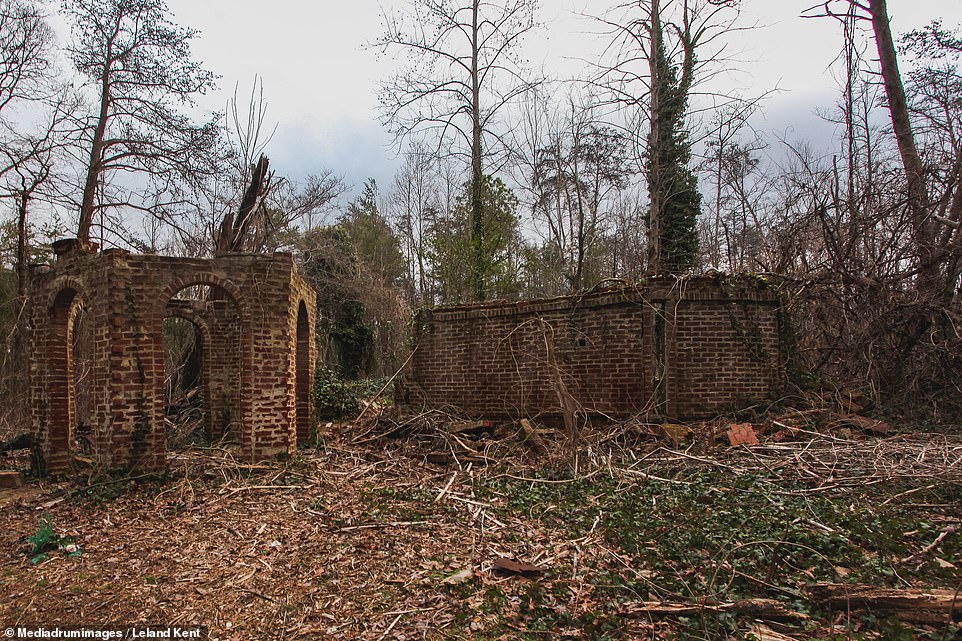 The ruins of Corpsewood Manor in Chattooga County, Georgia. Each brick was laid by hand by the owner Dr Charles Scudder before he was brutally shot dead alongside his lover Joseph Odem 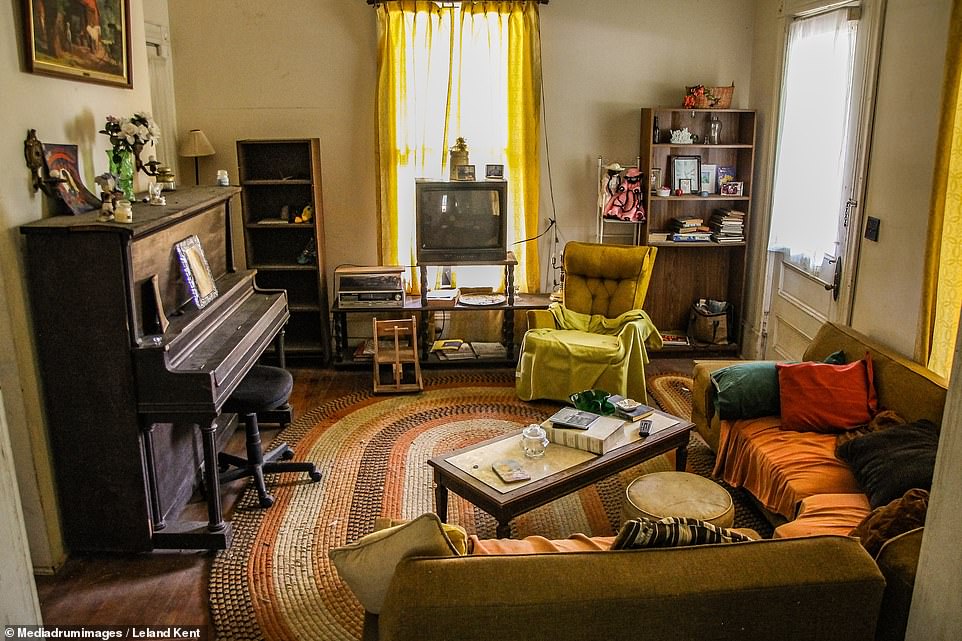 The Willie House is a time capsule to the past with everything left behind inside of the living room. The family piano, books, TV and record player have all remained just as the occupants left them 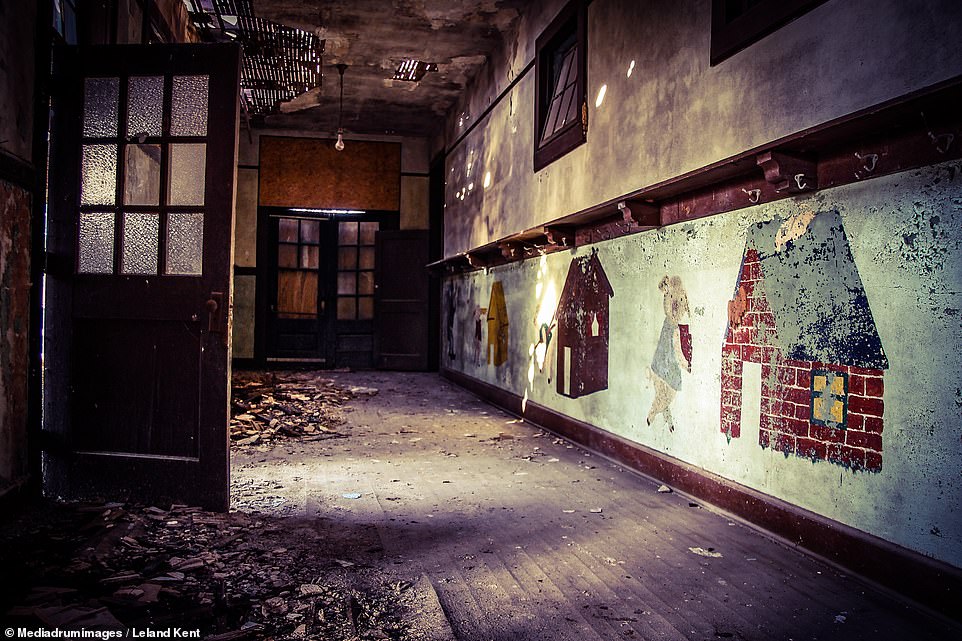 A dark hallway inside of an elementary school in Pike County, Georgia. Paint can be seen peeling off the walls and debris has been left lying across the wooden floor 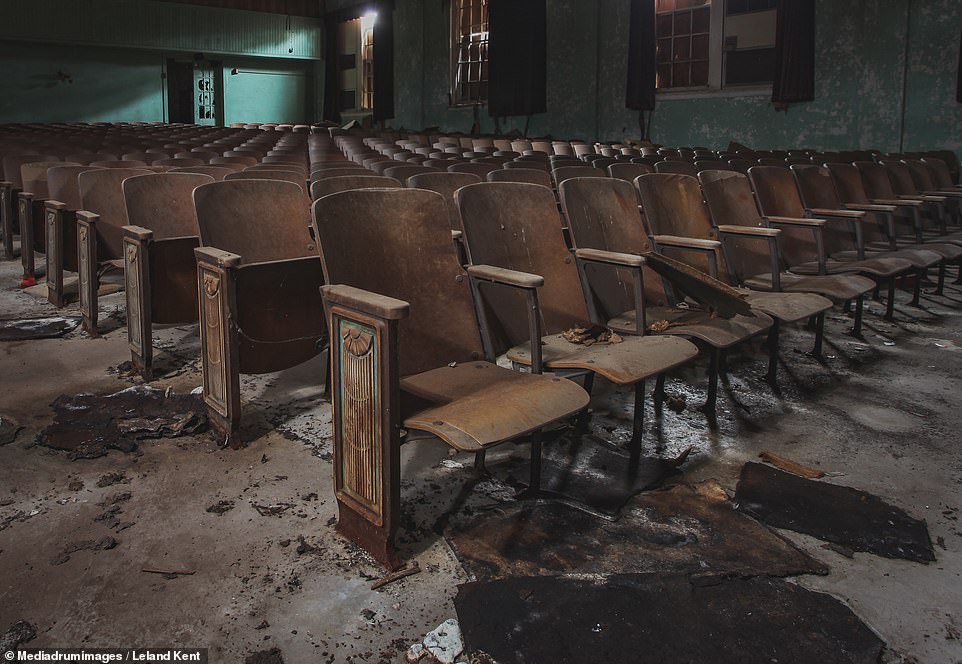 Old wooden seats inside of an abandoned elementary school left exposed to the elements for decades. Debris, dust and paint peelings are left scattered across the auditorium floor 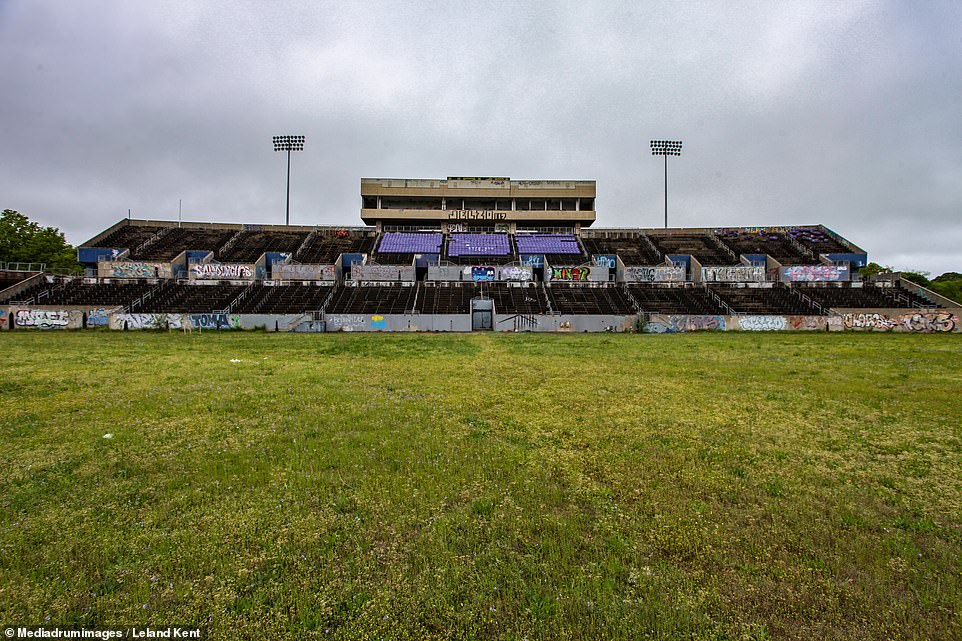 The closed Alonzo Herndon Stadium football stadium once used during the 1996 Summer Olympic Games. The field goals are still in place but the grass have been left and graffiti has been written across the stadium walls 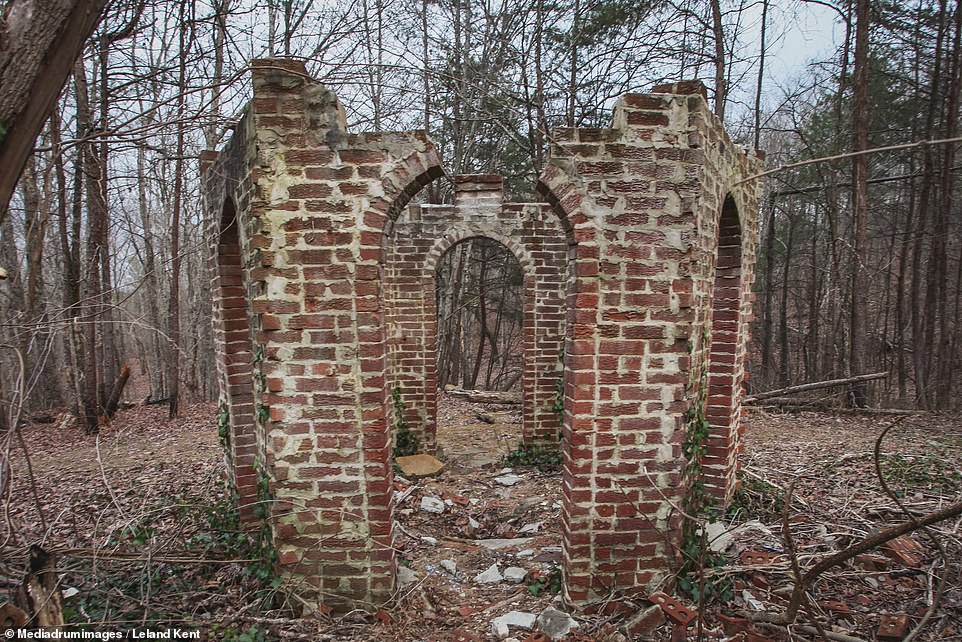 Wildfires threaten Thousand Oaks as huge blazes advance on suburb which lost 12 during mass shooting
Priyanka Chopra thanks Indian prime minister for 'gracing us with your presence'
President Trump hails John Dingell as a 'smart' and 'respected man' after Michigan Democrat's death
Facebook is tracking people who don't even have an ACCOUNT
Louisiana team OVERWHELMS Pennsylvania squad 8-0 to win its 1st Little League World Series title
Cheerleader Skylar Richardson avoids jail and is given probation for burying baby in her backyard
Marnie, America's 'most famous dog on Instagram' and canine friend of the stars dies aged 18
'I need more beer!': 93-year-old woman sends message from home because of COVID-19 and it goes viral