A father has been handed 54 life terms that will keep in prison until the year 2356 for sexually torturing seven children, including his own, for more than a decade.

Clark County District Judge William Kephart sentenced 52-year-old Christopher Sena on Tuesday after he was found guilty in February of 95 of 120 counts of sexual assault with a minor, incest, use of a minor in the production of pornography, lewdness with a child younger than 14 and child abuse.

During the sentencing hearing, the judge called Sena ‘highly selfish’ with ‘a very perverted mind.’ 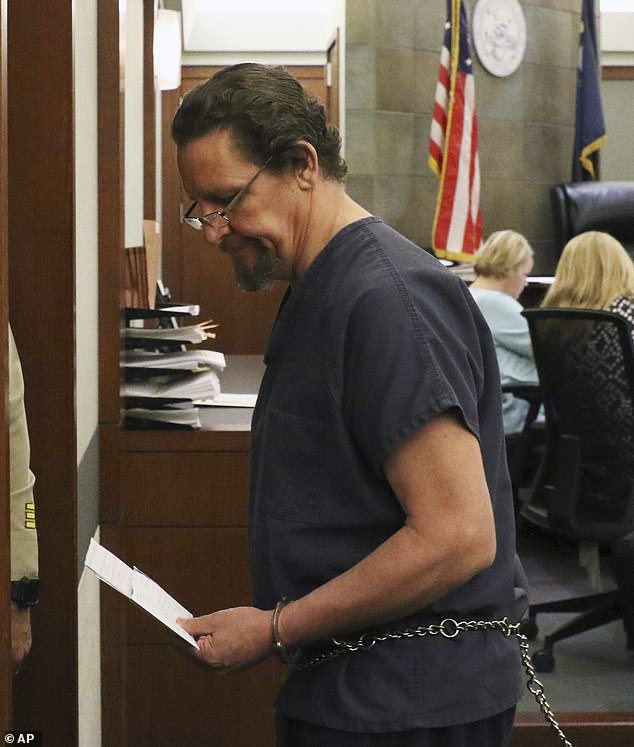 Christopher Sena, 52, convicted of sexually abusing seven children for more than a decade, is lead out of a Las Vegas courtroom after being sentenced to 54 life terms

He said Sena wouldn’t be eligible for parole until he served more than 337 years, effectively ensuring that he dies in prison.

When asked if he wanted to say something in court, Sena said, ‘No, not at this moment,’ according to

Prosecutors asked the judge to ‘send a message’ about Sena’s conduct. Some of the victims were family members, among them his 28-year-old daughter who had endured 14 years of sexual torture.

‘I was just an object for him to do awful things to because there was no one there to tell him otherwise,’ she told the court, according to 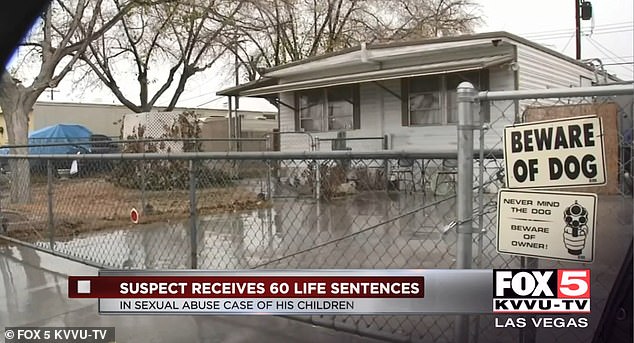 For more than decade, the trio lived together in this trailer in Las Vegas and sexually tortured their children as part of a child pornography ring

Sena, his wife, Deborah Sena, and ex-wife, Terrie Sena, all lived together in a trailer in Las Vegas where the sexual abuse happened over the course of more than 13 years.

To stop his victims from speaking out about the abuse, he told at least two of them that he would kill them or break their legs if they spoke out, they told police.

Christopher Sena was arrested in September 2014 after Deborah, who had recently split from him, another woman and a child told a family attorney about the abuse.

The attorney went to police and a SWAT team stormed the trailer to arrest Sena and seize his recording equipment.

Authorities found videos showing all three adults engaging in sex acts with children as part of a child pornography ring.

Some of the victims previously said they were abused for years; one boy said the abuse started when he was three and continued until he was a teen, while another woman said she was abused two or three times a week by Sena for more than a decade. 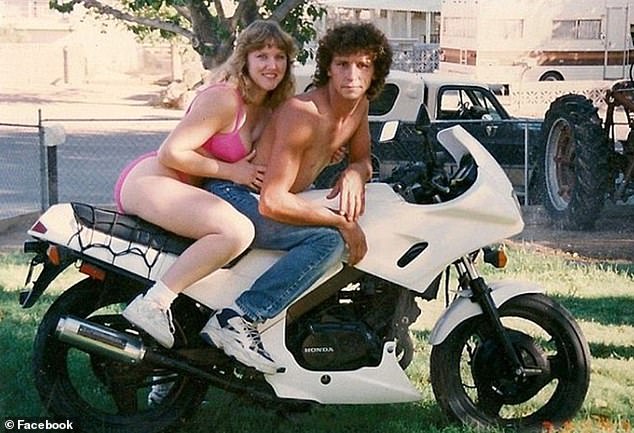 Deborah Sena told police that there was ‘fear and intimidation’ involved when it came to dealing with her husband Christopher (pictured together in an old photo), whom she split from in August 2014 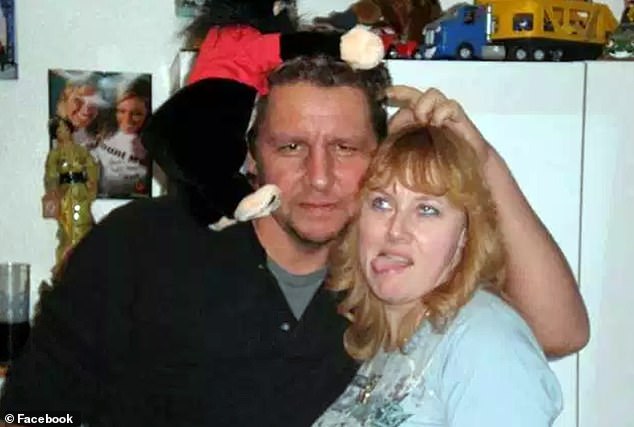 Terrie Sena, told police she was attracted to young male and female teens, and said it was ‘really enjoyable’ when one of the boys started to look like Christopher Sena.

Terrie and Christopher Sena had three sons and a daughter together before divorcing in 1997. But after they split, Terrie continued to live with her ex and their children, even when he took a new wife.

Authorities also found footage of Deborah Sena, who left her husband in August 2014, involved in sexual acts with the family dog.

One of the seized recordings also showed two Sena children having sex with the pet.

Deborah and Terri Sena pleaded guilty and were sentenced in March 2016 to life in prison with the possibility of parole after 10 years. 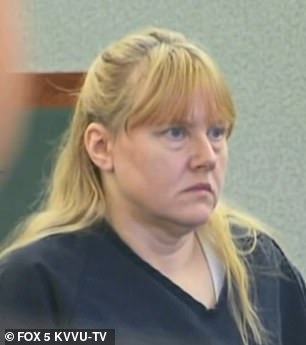 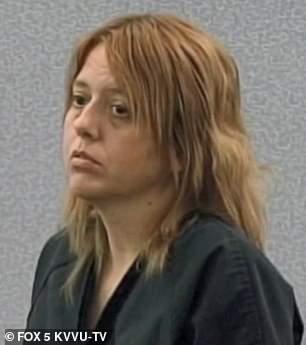 I'm not a cheater': Serena Williams argues with umpire at U.S. Open women's final
Riots in Santigo, Chile, as indigenous protesters protest over death of Mapuche man, 24
Man on mobility scooter tries to sets himself on fire outside the White House
Racism is TOXIC to the body 'because it triggers inflammation'
Louisiana woman realized she had won $1 million on lottery after Facebook post from family member
Andrew Yang QUITS Democratic 2020 race
Boeing restarts production of commercial airplanes at Seattle factories following COVID-19 shutdown
Nick Cannon dropped by ViacomCBS for failing 'to apologize' for using anti-Semitism rhetoric