An upsetting video has emerged on social media showing a white motorist in Washington state yelling obscenities at an Indian-American man and calling him a ‘sand n****r.’

Sahil Saini, who lives in Kent, Washington, shared a cellphone recording made by his passenger showing a man driving a BMW yelling profanities at him.

In the video, Saini calmly looks through the driver’s side window as the enraged white motorist spews abuse at him. 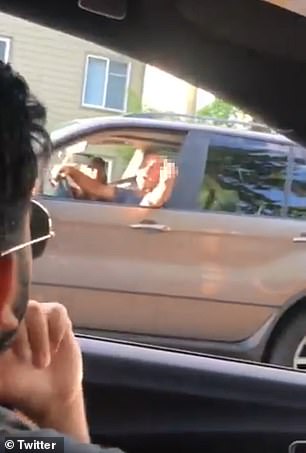 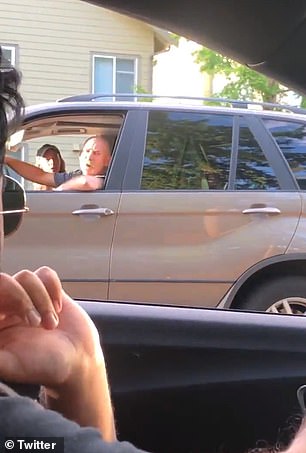 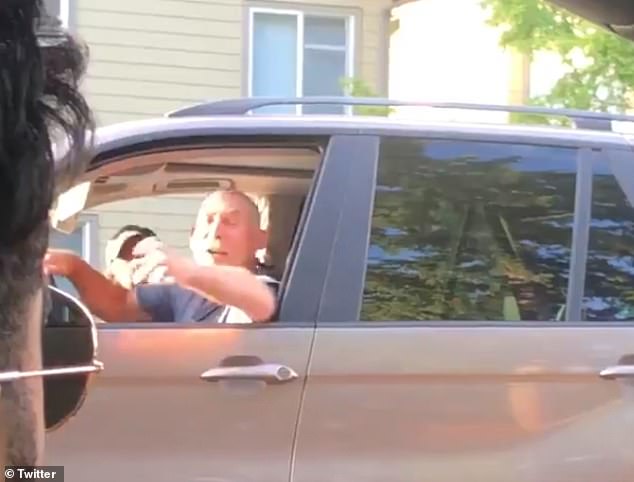 In a video documenting the incident that Saini tweeted out, the BMW driver is heard yelling at the man: ‘go back to your f***ing country where you come from, you dumb sand n****r’ 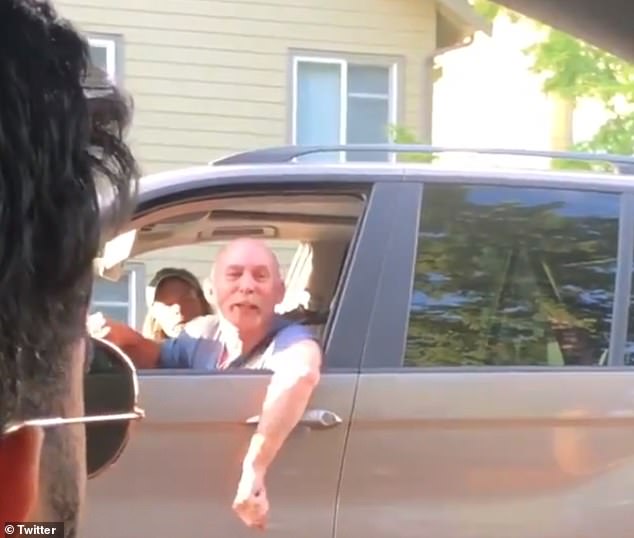 ‘F*** you,’ the driver yells at Saini while showing him the middle finger.

A female passenger in the white man’s car screams, ‘I can’t believe you tried to kill people! Are you kidding me?!’

But the driver silences the woman by brusquely telling her, ‘Shut up.’

He then turns his attention back to Saini, telling him: ‘go back to your f***ing country where you come from, you dumb sand n****r. F*** you.

Saini’s passenger is heard gasping off camera as the foul-mouthed BMW driver speeds off.

Saini shared the recording on his Twitter feed on Friday, writing in a tweet: ‘People are so f***ing racist. All I wanted to do was go in to the left tryning [sic] line amd [sic] he followed me for 3 miles and kept trying to ride car bumper.’ 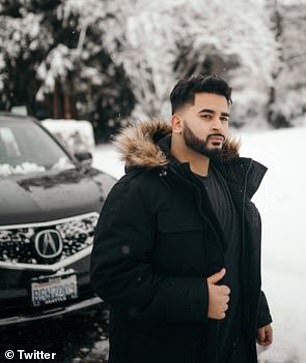 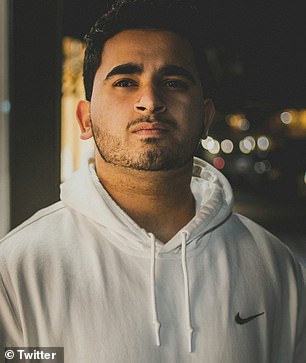 Saini joked: ‘Lol [I’]m Indian. We don’t even got sand like that.’ In a tweet, he lamented racism

Saini also tweeted out the number of the white driver’s license plate and urged his followers to share the clip.

As of Tuesday afternoon, it has been retweeted more than 4,400 times.

In the comments, Saini explained that he was in the parking lot of Green River College in Auburn waiting for a friend when he noticed the BMW on his tail.

‘I was not racing in a parking lot he was riding my bumper so I speed up and tried to get rid of him,’ he wrote.

Saini said he could not leave the area altogether, so he waited for 10 minutes before returning to the parking lot, which is when the verbal confrontation took place.

In reference to the driver’s racially charged slur commonly used to offend people of Middle Eastern descent, Saini joked: ‘Lol [I’]m Indian. We don’t even got sand like that.’

Women in the audience of Louis C.K.'s surprise comedy performance say they were 'uncomfortable'
Abandoned newborn 'given to a guest at Disney World's Animal Kingdom Lodge'
EDEN CONFIDENTIAL: Wendi Deng, 49, broke up with toyboy lover, 23, after the age gap became too much
Jesus-loving protester arrested at a church breakfast after telling children that Santa isn't real
Costumed Father Christmas dies at kindergarten party in Siberia
Woody Johnson says Boris Johnson's relationship with Donald Trump will be 'sensational'
Queens have gone to war more than kings over the centuries historic study finds
Megan Thee Stallion accuses Canadian rapper Tory Lanez of shooting her in the foot