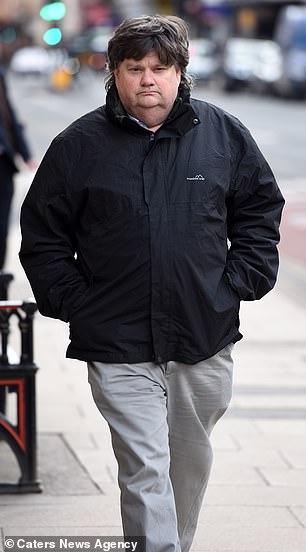 A ‘fantasist’ accused of inventing a VIP Westminster sex ring helped detectives draw up e-fits of boys he claimed had been murdered by the MP Harvey Proctor and others, a court heard today.

Carl Beech, 51, sobbed through the graphic accounts he gave of the horrifying murders of three young boys during 20 hours of police interviews.

But prosecutors say the accounts – and the boys themselves – were fictitious.

Beech, from Gloucester, sat with e-fit artist Detective Constable Tony Barnes in November 2014 and described in detail the boys who he claimed to have watched being murdered in sadistic attacks at unknown addresses.

The boys in the photographs were described by police as ‘Homicide 2′ and Homicide 3’ because Beech was unable to give their names, where they were from or any detail on their accents.

He told police he didn’t know the names of two of the boys who were killed, but mentioned others by name including ‘Duncan’ and ‘Fred’. 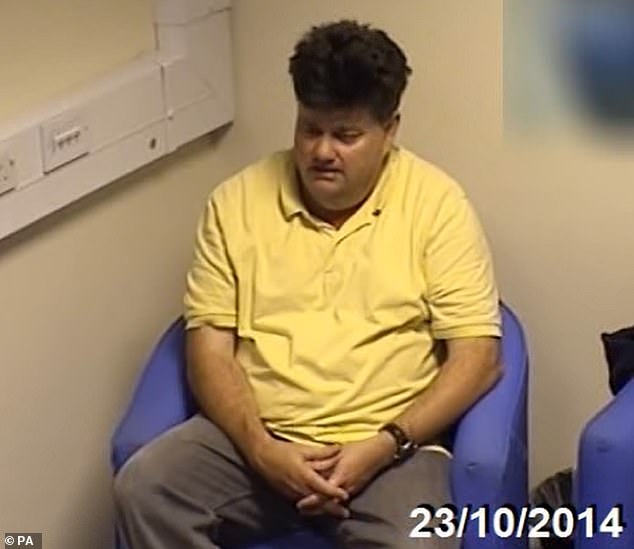 Carl Beech, pictured in a police interview in 2014, which has been played at Newcastle Crown Court where he denies 12 counts of perverting the course of justice and one of fraud

When asked whether he spoke to the boys or knew anything about them, Beech told Detective Sergeant James Townly: ‘When you got a chance to say anything it was to see if they were OK.

‘Not where they are from, none of the niceties like that, it was ‘Are you OK? Are you hurting?’, trying to look out for each other and sometimes we’d get a name.’

He said the first was a hit and run by ‘The Group’ which involved a boy called Scott, who was mown down by a car as he walked away from primary school with Beech in around 1979.

The second was in around 1981 when he gave a tearful account of seeing him murdered by former Billericay Tory MP Mr Proctor, now 71. 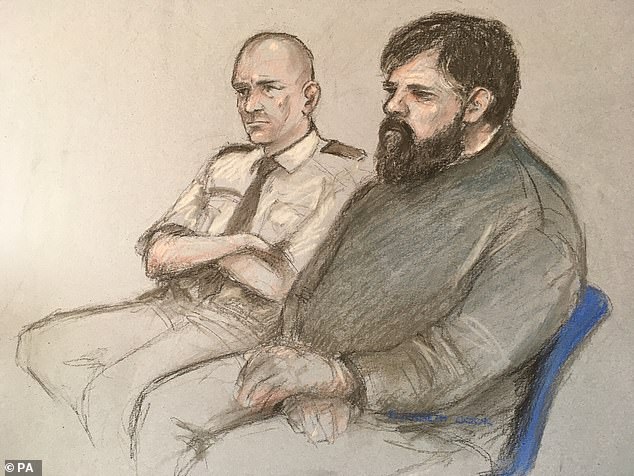 Beech, pictured in a court sketch on May 14, said former MI5 and MI6 heads tortured him by tipping spiders over him, gave him electric shocks and threw darts at him

Beech told police: ‘Harvey raped him. I pleaded with them to stop but they didn’t listen. They said it would be me next, Harvey grabbed me he put me onto the table and raped me.

‘Harvey put his hands around his neck, he (the murdered boy) reached for my hand . He gave up, he gave up he didn’t struggle, his grip lessened.

In the third murder he gave a similarly detailed account of watching a boy being beaten to death by Mr Proctor and an unnamed other man whilst former home secretary Lord Brittan sat watching. 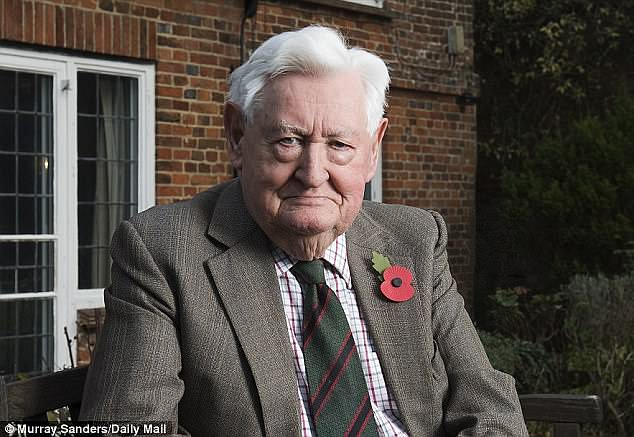 Beech claimed he was undressed and abused by Lord Bramall (pictured in November 2017 at his home in Hampshire), who is now aged 95

Beech is on trial for claiming £22,000 criminal injuries compensation under false pretences and perverting the course of justice through lies which implicated Sir Edward Heath, Leon Brittan, Army Commander-in-Chief Lord Bramall and the heads of MI5 and MI6.

Previously the trial has been told Beech falsely claimed he had been raped by senior army officers and the disgraced television presenter Jimmy Savile.

He told the Metropolitian Police that around 15 men attended weekly abuse parties all over the South of England, including the late former Tory PM Ted Heath’s yacht, exclusive clubs and Dolphin Square, where many MPs lived near Westminster.

Beech also said former MI5 and MI6 heads tortured him by tipping spiders over him, gave him electric shocks and threw darts at him. And he alleged the former Conservative Home Secretary Leon Brittan was also part of the ring.

His claims led to the Met Police launching Operation Midland, which cost £2million and was dropped after 16 months without anyone being charged.

It was then that Northumbria Police were called in to investigate Beech and unpicked his alleged web of deceit, the court has heard.

He denies 12 charges of perverting justice and one of fraud by falsely claiming £22,000 criminal injuries compensation.

When the Met asked Northumbria Police to investigate Beech in 2016, cops raided the rented three-bedroom house in Gloucester where he lived with his son.

They discovered on the drive a new £34,000 white Ford Mustang convertible which was bought with the compensation cash he received, it is alleged.

Beech is said to have later fled to Sweden but was tracked down and extradited back to the UK to face justice. The trial continues

Trump, at golf membership, intent on projecting he is arduous at...
In Honduras, poverty and gangs help drive migration
ANDREW PIERCE: Brazenly biased towards Theresa May’s enemies
Theresa May hands her Brexit bungler-in-chief Olly Robbins a knighthood
EastEnders star Sandy Ratcliff, 70, died from an accidental overdose
Bees can count up to five and learn faster when they're punished for getting things wrong
Morales RESIGNS amid pressure from military to step down to restore Bolivia to 'peace, stability'
Donald Trump is seen golfing for the first time since the outbreak began and shakes hands on course