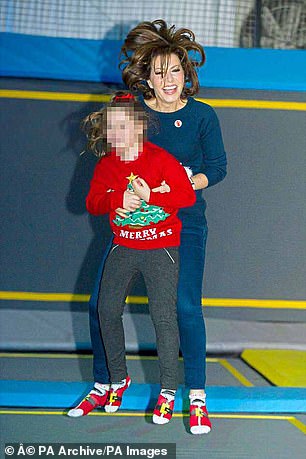 Natasha Kaplinsky has revealed the boat fire that permanently scarred her youngest child left her bursting into tears for months afterwards.

The 46-year-old newsreader has spoken out about how the ‘biblical’ blaze in Corfu last June continued to traumatise her while nine-year-old Angelica’s scars healed.

‘I was on a burning boat with everybody I loved, my parents, my husband, my children,’ she told The Times. ‘I couldn’t leave that memory. It wouldn’t leave me.’

Her daughter’s scars led Ms Kaplinsky to remove all mirrors from their home while they recovered.

The boat exploded into a ‘fireball’ during a family holiday on the Greek island after a leak in the boat’s fuel pipe while they were three miles offshore.

Almost one year on from being rescued, the journalist believes she has come to understand just how deep the trauma runs.

She says that the inferno ‘unleashed the heartache’ she had felt about her relatives being burnt by Nazis during the Holocaust.

‘I felt it as our fault, we shouldn’t have been on that boat,’ she said.’I couldn’t bear to see our daughter suffering so much. I was incapacitated by tears. I just couldn’t get a grip.’ 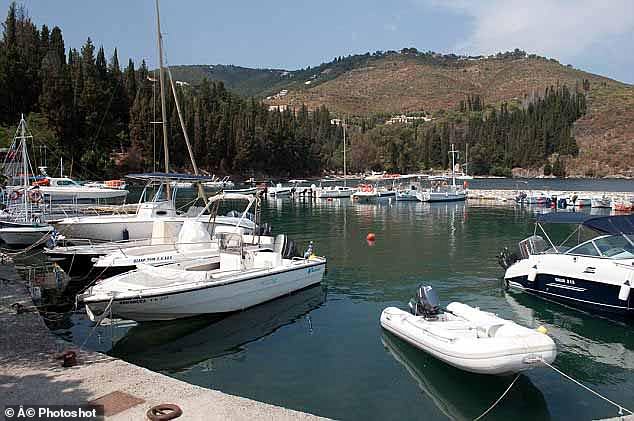 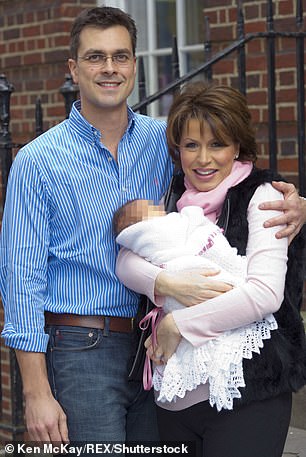 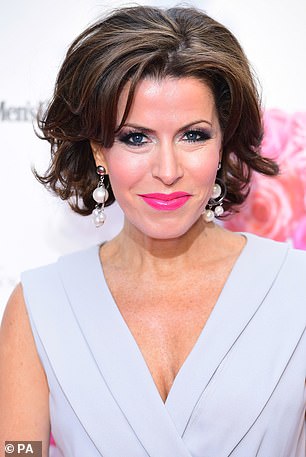 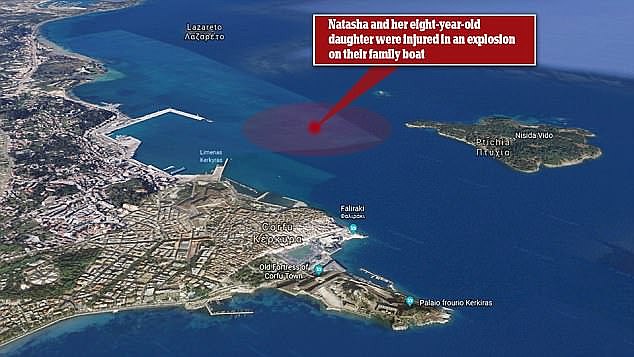 Bird’s eye view: The family’s yacht was about three miles from shore when it was rocked by the blast

‘We have all had a lot of help since and we are all extremely lucky,’ she previously told Loose Women.

‘My daughter Angelica, who was eight at the time, myself and my dad, who doesn’t swim, we were badly burnt at the time and we were all in the water for about 45 minutes before anybody found us, which we now understand to be a blessing in a way because the scars were much less because we were in the water for such a long time.’

Natasha’s husband, Justin Bower, 46, and son Arlo, ten, were also aboard the boat at the time – with the incident causing about £350 worth of damage.

Describing the explosion as a ‘James Bond moment,’ the newsreader admitted the hardest part was realising her daughter had suffered lifelong scarring to her face and arm. 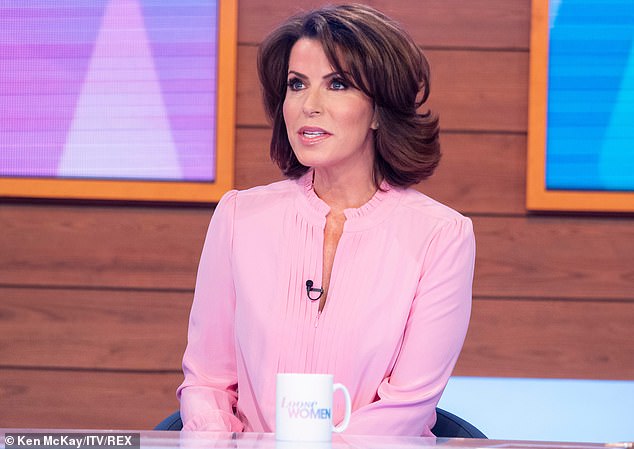 Horrifying: Describing the explosion as a ‘James Bond moment,’ the newsreader admitted the hardest part was realizing her daughter had suffered lifelong scarring to her face and arm

‘There is nothing worse than being a mum and seeing your child injured,’ she said. ‘I just kept on looking at her and her face, because that’s what was injured for her and her arm, and thinking about her wedding day.

‘It was just one of the moments where you think, “I just can’t bear it.”  But anyway, we now, nearly a year on – having had a lot of help and a lot of support from friends and amazing help from doctors – are OK. We were all air-lifted home and it was very traumatic at the time. It’s a shock.’

Reflecting on her gradual recovery, Natasha revealed she engaged her injured daughter in a lighthearted race to see which of them could grow their eyelashes back first.

‘It was almost better that we were both injured in the same way,’ she recalled. ‘If it was just her, I couldn’t have bared that, just to watch her go through it.

‘We took all the mirrors away from the walls in the house and just stayed home for three months to see whose eyelashes and eyebrows would grow back first.’ 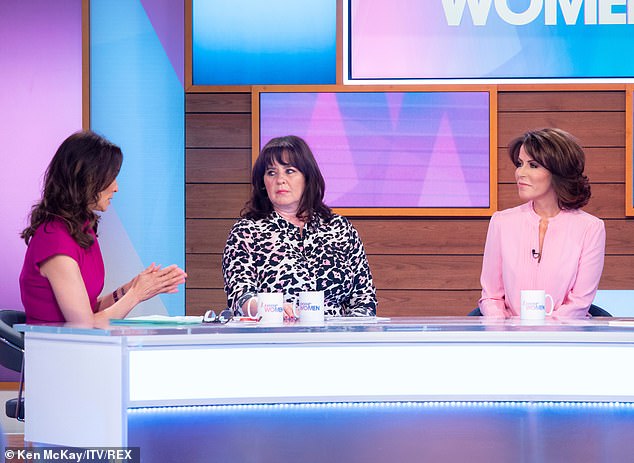 Scarred: ‘There is nothing worse than being a mum and seeing your child injured,’ she said of her daughter’s permanent scarring

The burns suffered by the Angelica were thought so serious she was airlifted back to the UK for medical treatment.

The youngster was engulfed by flames when leaking petrol was ignited by the boat’s hot engine, with the subsequent fireball similar to that when petrol is poured on a BBQ.

After being towed to shore Angelica was taken to hospital in Corfu Town before being flown back to the UK for treatment. She was understood to have suffered burns to her face and hands. 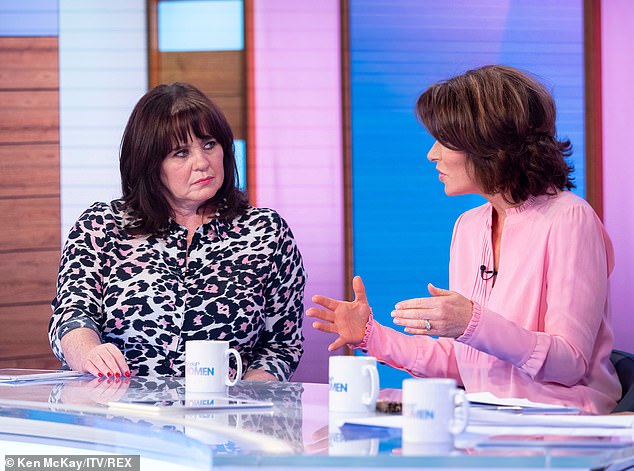 Long process: Natasha undertook a course of EMDR (Eye Movement Desensitisation and Reprocessing) in order to distance herself from the memory of the accident and her family in distress

Natasha and the other relative were treated at a private clinic on the Greek island. All family members returned to the UK on a private jet.

Natasha has since undertaken a course of EMDR (Eye Movement Desensitisation and Reprocessing) in order to distance herself from memories of the accident and her family in distress. 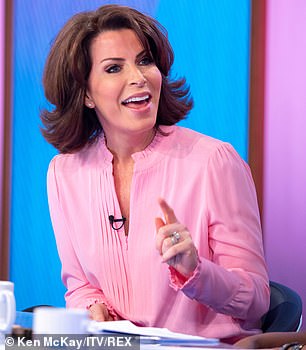 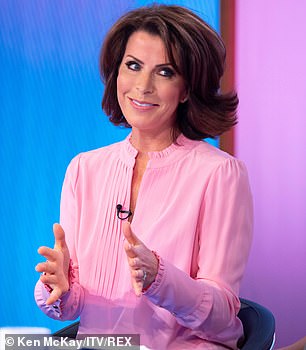 Useful: ‘EMDR is used a lot for extreme trauma and for war veterans as well. For me, it was a very helpful process where I was holding onto these buzzers,’ she explained 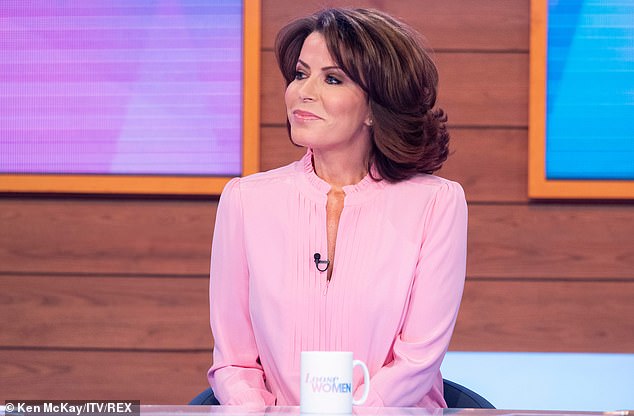 Thankful: One year in from the accident Natasha admitted she is grateful to be alive

‘That was in a moment of desperation for me because I just couldn’t stop crying,’ she explained. ‘I felt I needed to be there for my kids and obviously I wanted to help my parents but there was so much to worry about.’

‘It was difficult to focus on something. For me, I just knew I needed to stop crying. EMDR is used a lot for extreme trauma and for war veterans as well. For me, it was a very helpful process where I was holding onto these buzzers. 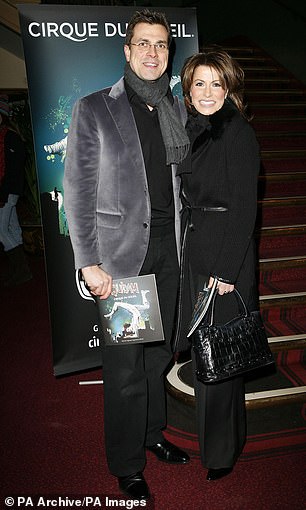 ‘It helped to move the trauma away from the immediacy of what was happening in front of me, where we were on a burning boat… to a bit further away in my mind. It’s still very hard to talk about.

‘My daughter is having EMDR at the moment. It is so helpful but a very, very painful process. Hopefully it will pay off in the long run, we have got to deal with it now.’

She added: ‘We are very grateful just to still all be here because life changes in a moment and I tell you what, it gives you an appreciation of how precious each day is.’

Speaking exclusively to MailOnline shortly after the accident, Corfu resident Yannis Doumarapis claimed Natasha was in a state of ‘utter panic’ after being rescued.

Doumarapis, who answered a mayday call and sped to the boat where he found their daughter Angelica and her father in the water, said: ‘I suddenly got a call from her husband saying “Help, we’re on fire. The boat’s on fire.”

‘Both father and the daughter were in the sea, bobbing about in panic. They had probably jumped to escape the fire. 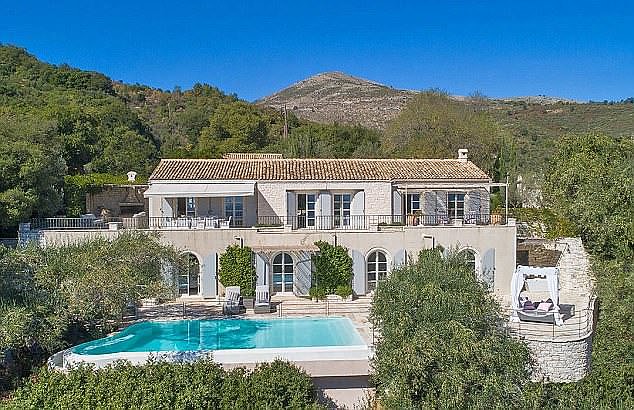 ‘The daughter had taken the full brunt of the fire on her face and hands, she was badly burned.

‘The son was on the deck with the grandparents and the mother [Kaplinsky] was lying down, immobilized and in a state of shock.

‘I panicked when I saw them. I did not know what to think. The girl was burnt on the face. So too was the mum. But I didn’t ask any question just rushed to get them all into my boat.’

Angelica was burned on her face as she stood on the deck and peered down into the engine room, according to an official involved in the investigation.

‘The young girl was on the deck looking down towards the fire,’ said an official with knowledge of the investigation. ‘She bore the brunt of the blast.’

Natasha, who won the first series of Strictly Come Dancing in 2004, owns a five bedroom mansion in Corfu and is a regular visitor to the island with husband Justin, who she married in August 2005 after six-months of dating.