When Dr Karl Kennedy cheated on his wife Susan with Sarah Beaumont, it was considered one of the most scandalous affairs in Australian TV history.

Fans were left so angered by the Neighbours storyline that Nicola Charles, who played Sarah, was spat on and called a ‘b***h’ in the streets of .

Speaking to  on Monday, Nicola revealed the affair was actually her idea – but she never expected to receive such an intense backlash. 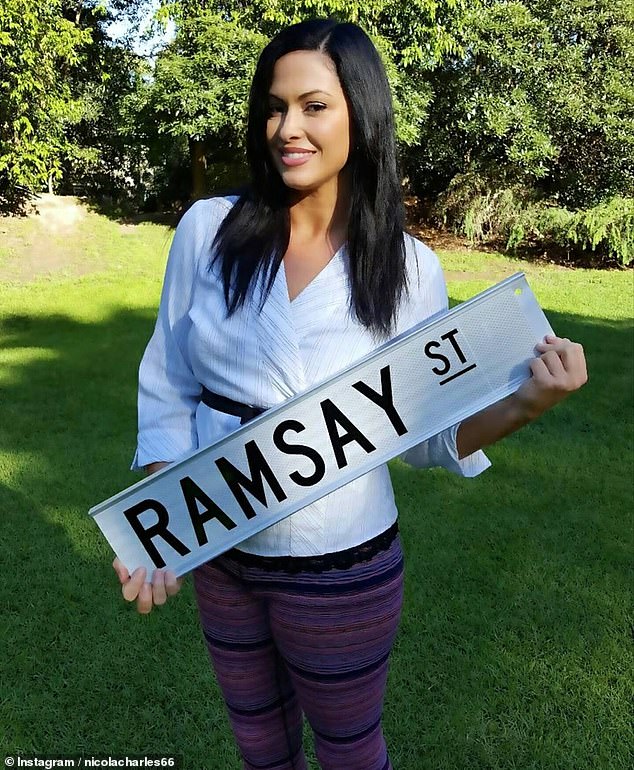 The dark side of being a soap star: Nicola Charles (above) was spat on in public after featuring in Neighbours’ most scandalous affair – but says the raunchy storyline was all HER idea

Nicola explained that she was shopping in Harrods, an upmarket department store in Knightsbridge, London, in 1998 when a woman came up to her.

‘[She] spat in my direction. It landed on my foot and she said, “You stay away from Susan, you horrible b***h!”‘ Nicola recalled. ‘Can you believe it?’

At the time of the confrontation, Sarah’s affair with Dr Karl had just been revealed on Neighbours, which has a huge following in the UK. 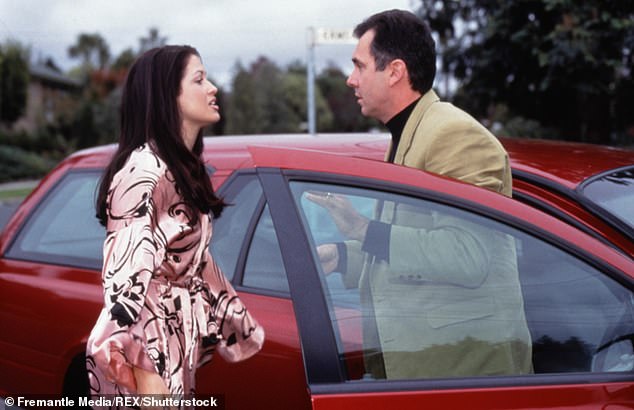 Scandal: Dr Karl Kennedy (played by Alan Fletcher) cheated on his wife Susan with Sarah back in 1998 and it was deemed one of the most scandalous affairs in Neighbours and Australian TV history 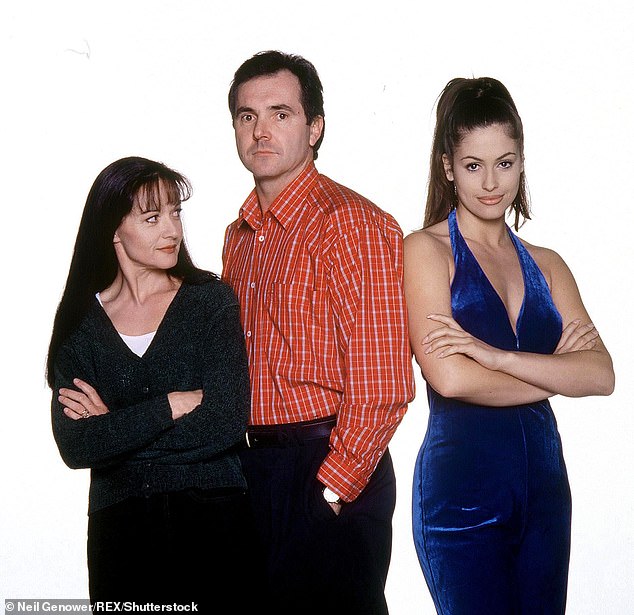 Taking the credit: Nicola revealed that the raunchy storyline had been all her idea and she wrote it for Neighbours bosses after growing bored of her character – 18-months after Sarah’s debut on the soap

The storyline was a ratings smash, as it rocked one of Neighbours’ most popular couples: Dr Karl (Alan Fletcher) and Susan Kennedy (Jackie Woodburne).

Nicola’s character Sarah joined Ramsay Street in 1996 and began working for Karl as a receptionist at his GP practice.

But after 18 months in the role, the actress began to get bored of her character and told the scriptwriters that Karl should have an affair with Sarah.

‘I was what I used to call a MTA – a model turned actor – so I thought to myself, “What I’ll do, is instead of being famous on Neighbours, I’ll be infamous,”‘ Nicola explained. 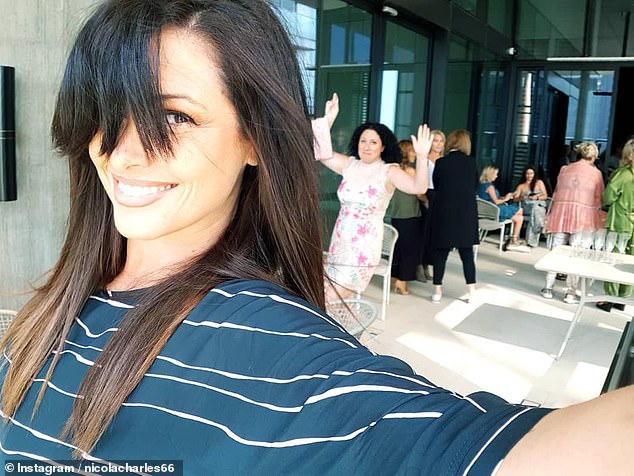 Spicing things up: Outside of the soap Nicola took part in shoots for lad titles such as FHM and Loaded in a bid to make herself ‘infamous’ and believed her scandalous storyline would help to ‘secure’ her role on Neighbours

At the time, Nicola was a fixture in British lads’ mags like Loaded and FHM and believed a scandalous storyline would be good for her career.

It took a year for Neighbours’ bosses to finally put the wheels in motion and Nicola was delighted with the her villainous storyline.

Eventually, Sarah left Ramsay Street in 1999 and Karl and Susan Kennedy were able to save their marriage.

Nicola returned Neighbours in 2012 and 2013, before coming back again 2016 in a storyline that saw Sarah reveal to Susan she was dying of cancer. 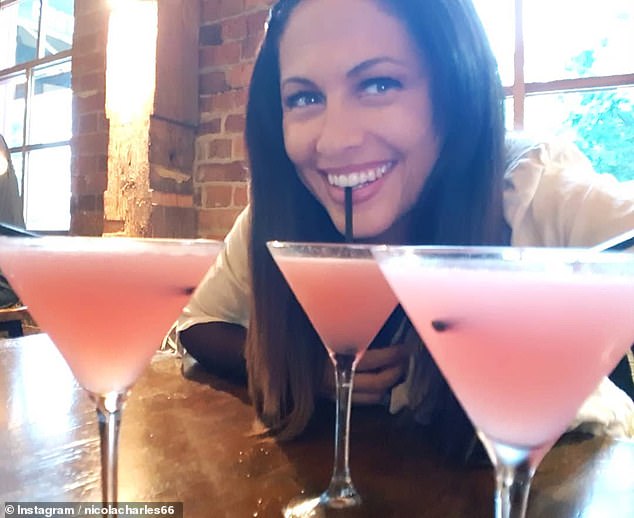 Recurring role: Nicola originally left Neighbours in 1999, but later returned in 2012 and 2013, before reprising her role as Sarah once more in 2016 for a cancer storyline

Despite what happened between them, Susan and Karl pushed for Sarah to seek treatment.

Karl sent her to a facility in Germany and it was later revealed she was in remission.

Speaking to Daily Mail Australia in June 2018, Nicola said ‘felt bad’ for leaving Neighbours and was in talks for another comeback.

‘I think it would be marvelous, I’d love to go back,’ she said at the time. 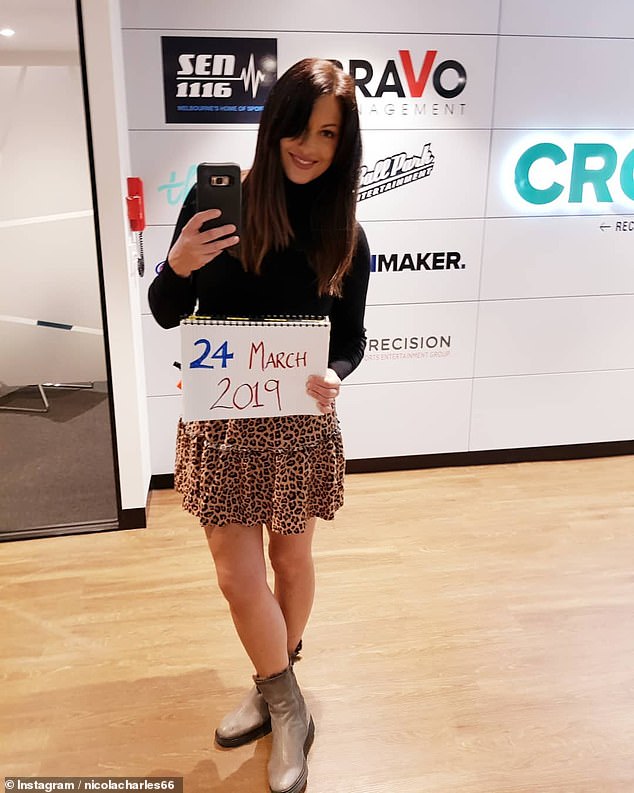 ‘I’d love to go back’ Speaking to Daily Mail Australia in June 2018, Nicola insisted she ‘feels bad’ for leaving Neighbours and revealed she is in talks to return once more