Little Luke Miller hiked across the 2600 ft long Sturrall – one of the most frightening sea cliffs in Ireland – last month, April 25.

Luke, who lives in County Donegal trailed across the knife-edge mountain ridge with just a rope tied to his father, Iain Miller, 48, who followed him closely.

In the video, brave Luke is seen calmly making his way across the ridges – seemingly unconcerned by the terrifying drops on both sides. 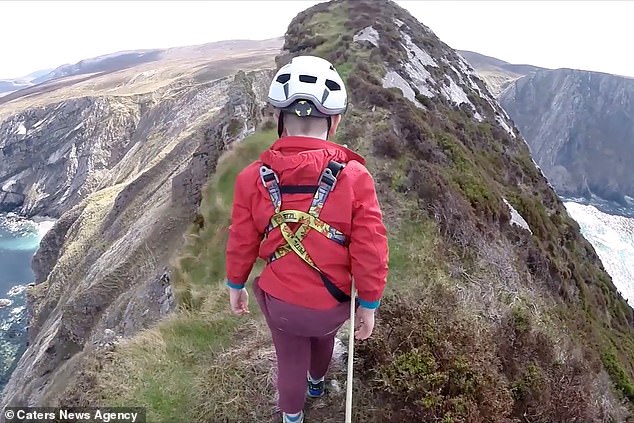 Luke, who lives in County Donegal, Ireland, trailed across the knife-edge mountain ridge

Mr Miller, who is also a mountain climbing instructor, said: ‘Last summer Luke was watching on YouTube a video of me climbing a sea stack, and declared that he wanted to do it too.

‘Over winter, sea stack climbing was mentioned more and more by Luke, so we started practising by climbing several cliffs on Cruit Island in County Donegal.

‘Then we waited for a sunny and wind-free day when we could finally take on the Sturrall. 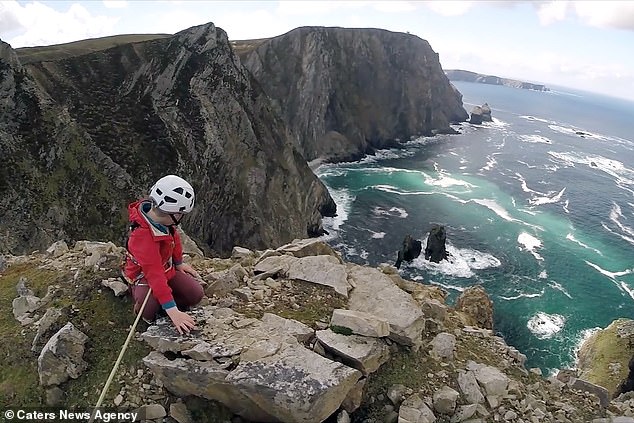 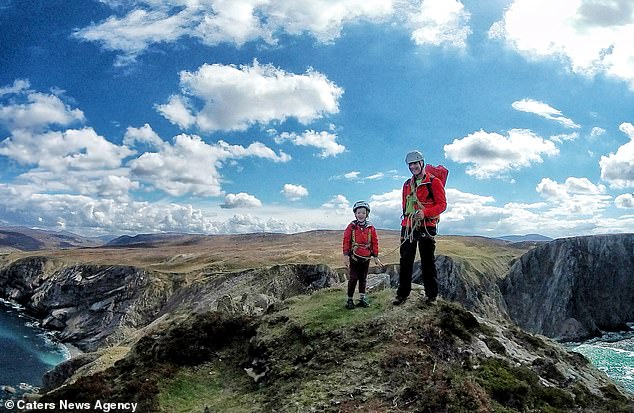 The fearless youngster climbed with just a rope tied to his father, Iain Miller, 48, who followed him closely

‘The Sturrall is one of the most outstanding sea cliff features in Ireland, a true monster of headland sitting isolated and far from the real world on the southwest corner of County Donegal.

‘The summit of the Sturrall is quite an inaccessible and foreboding place to visit.’

And yet at the end of the video, captured by the father on his GoPro, Luke is heard asking in a bored voice ‘Is it lunchtime?’, much to his father’s amusement. 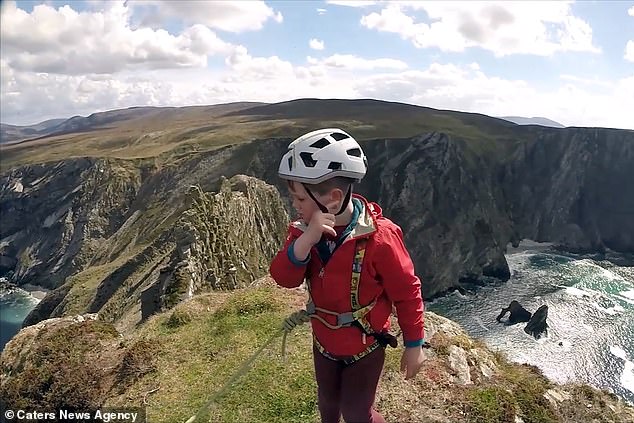 ‘The summit of the Sturrall is quite an inaccessible and foreboding place to visit,’ said Luke’s father. The youngster is pictured triumphantly on the summit of the cliff

He said: ‘Luke has done some indoor climbing and practised on smaller cliffs, but the Sturrall was definitely his biggest achievement so far.

‘Although the video looks dangerous, the most dangerous thing we did that day was driving to and from the location, the actual ascent was very safe thanks mostly to my expertise.

‘The is no way on earth I would put any five-year-old in any kind of dangerous situation.’