Sanders asked the large group of his supporters that had gathered on the statehouse lawn in Monteplier, Vermont Saturday afternoon to help him to defeat President Donald Trump, who he called ‘the most dangerous president in the history of this country.’

‘Sadly, we have a president who is a pathological liar in that he says whatever he wants without regard to the truth,’ Sanders said. ‘You know that we have a president who has no understanding or respect for the Constitution of the United States, and the separation of powers, and his attempting to move — every single day — this country into an authoritarian form of government. … the underlying principles of our government will not be greed, hatred and lies.’

Sanders focused much of his attention on Trump, but Biden is the candidate that’s vexed his campaign the most in recent weeks. 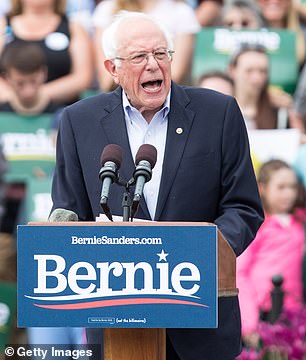 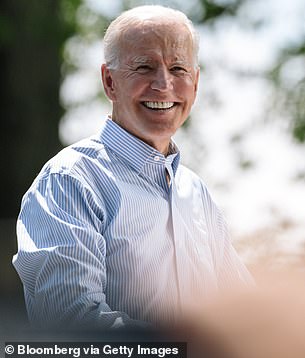 Presidential hopeful Sen. Bernie Sanders (left) (I-Vermont) held the first home state rally of his 2020 campaign on Saturday as he looks to rebound from weeks of lost momentum following the official launch of Democratic presidential frontrunner Joe Biden’s (right) White House bid. Biden and Sanders have outpaced the rest of the Democratic presidential field by double digits since the beginning of the campaign season, but the former VP now leads the Vermont Senator in national polls by an average of 17 points 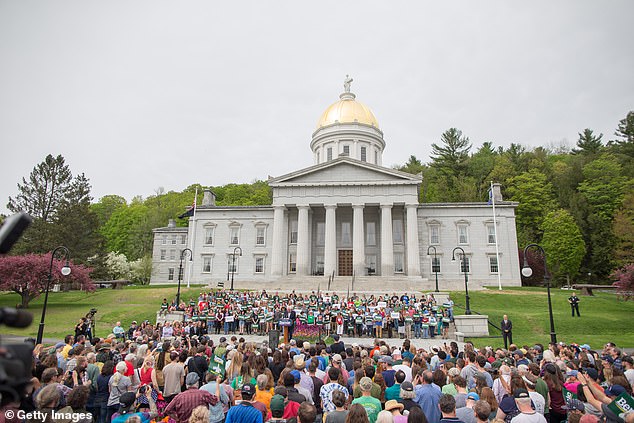 Democratic presidential candidate Sen. Bernie Sanders (I-Vermont) speaks during a rally in the capital of his home state on Saturday in Montpelier, Vermont

Together, Biden and Sanders have outpaced the rest of the Democratic presidential field by double digits since the beginning of the campaign season in December.

But the former Vice President now leads the Vermont Senator in national polls by an average of 17 points, according to the latest figures from .

Since entering the race, Biden, a career moderate, has embraced progressive policies such as Medicair-for-all and increasing the minimum wage across the country to $15 an hour, policies Sanders has said were outside the mainstream before he himself championed them during his 2016 presidential campaign.

U.S. Rep. Peter Welch (D-Vermont) and Ben & Jerry’s Ice Cream co-founder Ben Cohen touted Sanders’ consistent message and his achievements in the state where the independent senator got his political start in a narrow victory in the mayor’s race in Vermont’s largest city of Burlington nearly 40 years ago. 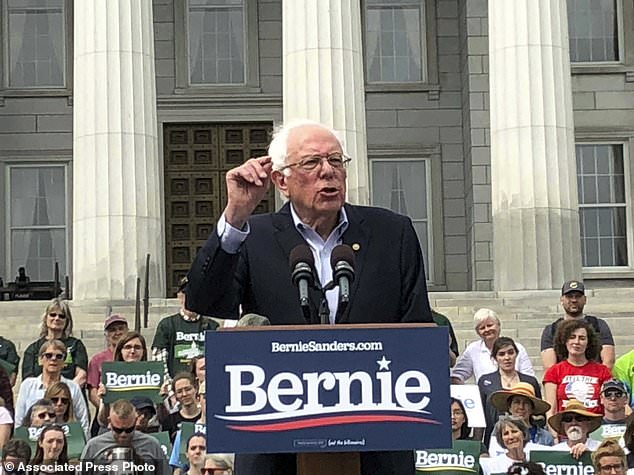 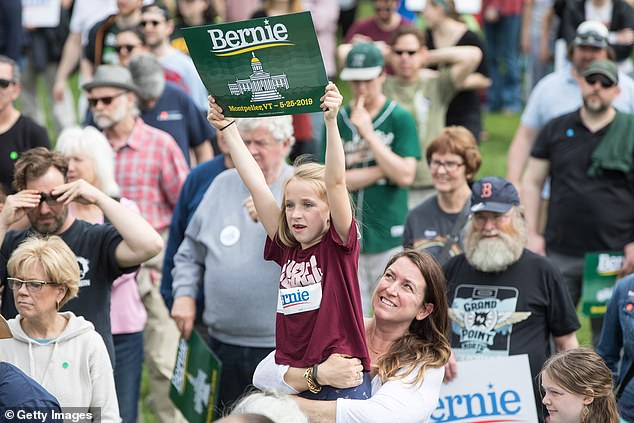 Sanders was always for a higher minimum wage, equality, health care for all, and affordable, accessible and free higher education, said Welch, a Democrat.

Sanders kicked off his previous presidential campaign in Vermont in 2015, but chose not to launch his 2020 run in his home state. He held his first campaign rally in Brooklyn in early March.

‘I like what he says, but there’s so many,’ she said of the more than 20 Democrats running. ‘I’ll be happy if any of them win.’

Taylor Miske Wood, of Barre, Vermont, said his prime concerns align with a lot of what Sanders’ addresses.

‘He just sounds a lot more real and calm and addresses things that I want to hear about and want to see change in,’ he said.

Celebrity Big Brother: Kirstie Alley leads the way as the FIRST contestant to enter the new house
Italy health authorities investigate pneumonia outbreak
Who needs a vicar when you've got Meghan's best pal?
Trump reportedly ready to make his last stand on the wall issue ahead of visit to McAllen, Texas
Theresa May 'considering' bringing back her Brexit deal WITHOUT the Irish backstop, sources claim
Ex-Liverpool Stephen Darby on motor neurone disease diagnosis and effect on wife Steph Houghton
Fears of damage as 6.4-magnitude earthquake hits Albania
How rapist preyed on drunk men outside clubs pretending to be a Good Samaritan