The aunt of a young intern who was mauled to death by a lion at a North Carolina animal sanctuary is claiming that the staff seemed more preoccupied with saving the big cat than her niece, after an investigation found that the girl was left with the predator for almost three hours during the attack.

Alex Black, 22, was just 10 days into her unpaid internship at the private Conservators Center animal sanctuary, when the tragedy occurred.

She had been preparing deer meat to feed the big cats, and suddenly found herself alone, staring down the lion in a place where it could have reached visitors, according to her aunt, Virginia Black.

‘Rather than panic and run away, she tried to keep him calm, keeping his focus on her and trying to distract him with the deer,’ Black wrote in a letter to North Carolina’s lawmakers.

‘It is possible she saved other lives that day,’ Black wrote. But she lost her own. The lion pounced, pulling her back through an open gate into its enclosure, where it dragged her around by the neck. 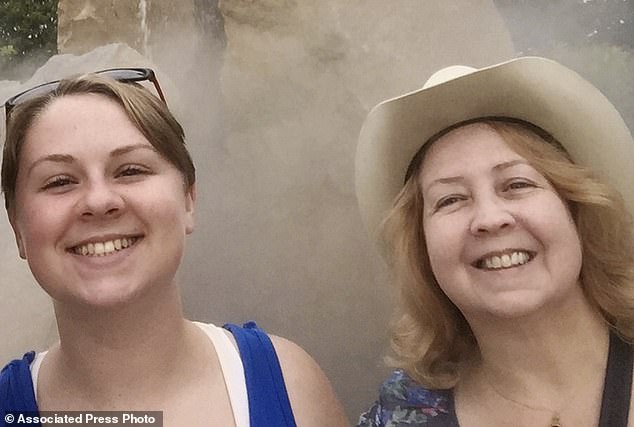 Virginia Black (right) and her late niece, Alexandra Black, (left)  in Lafayette, Indiana in October of 2018. Alexandra died in a fatal lion mauling at an animal sanctuary in North Carolina in December 2018. Now, her aunt is urging lawmakers to strengthen regulations on animal facilities in the state 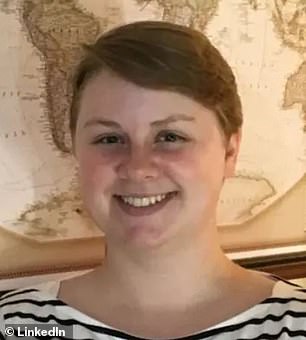 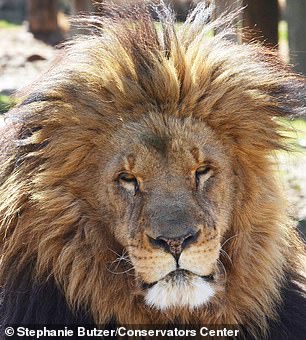 Alexandra Black (left), 22, was an intern at the Conservators Center in Burlington, North Carolina, who was killed by a male lion named Matthai (right) at the center on December 30 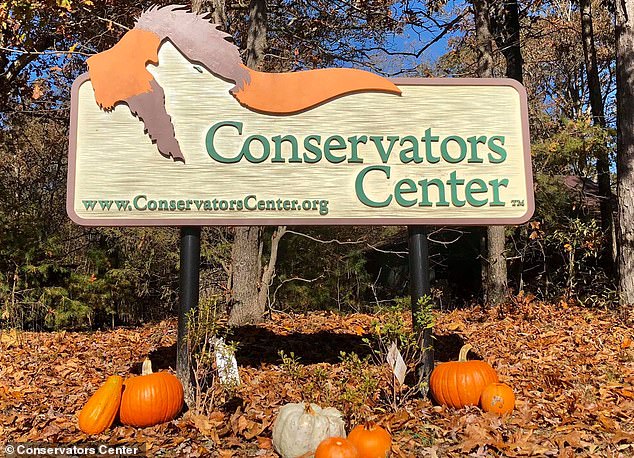 A sign outside the entrance to Conservators Center in Burlington, North Carolina where an intern was mauled to death by a lion on December 30

Months after the mauling last December at the Conservators Center in Burlington, North Carolina, the family still questions the sanctuary’s safety protocols.

‘We still want more answers and certainly the public deserves to have more answers,’ Black told The Associated Press in an interview. ‘I think what happened to Alex is a call to action.’

North Carolina is one of just four states with no laws controlling ownership of nonnative big cats. Its rules for owning other wild animals are generally lax.

Black urged lawmakers to strengthen a House bill that passed this month that would prohibit private ownership of big cats, great apes, hyenas and bears, but wouldn’t regulate facilities such as the Conservators Center, which are licensed by the US Department of Agriculture. She wants the state to require routine safety drills and law enforcement-approved safety plans.

‘Sanctuaries and zoos where a person has been killed or injured where investigation has revealed a lack of proper safety drills, equipment and protocols should no longer be able to keep dangerous wild animals,’ she wrote.

It’s unclear how Matthai – a 14-year-old male with 2.5-inch long upper canine teeth – escaped. The medical examiner cited an animal trainer who said a ball kept a gate from closing. 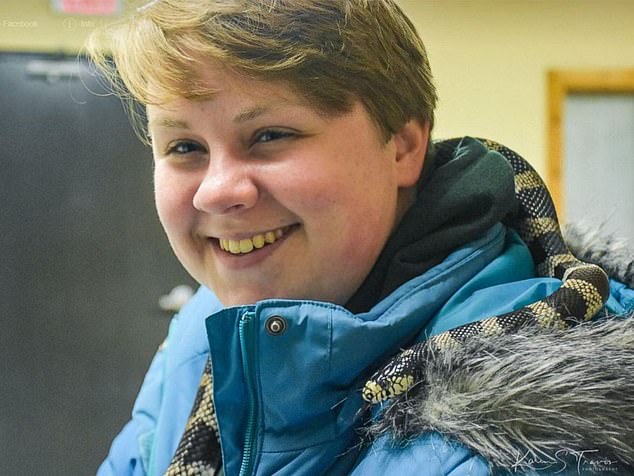 Alex Mack (pictured) had been preparing deer meat to feed to the lions on December 30 when she suddenly found herself alone, staring down the lion Matthai in a place where he could have reached visitors, according to her aunt, Virginia Black 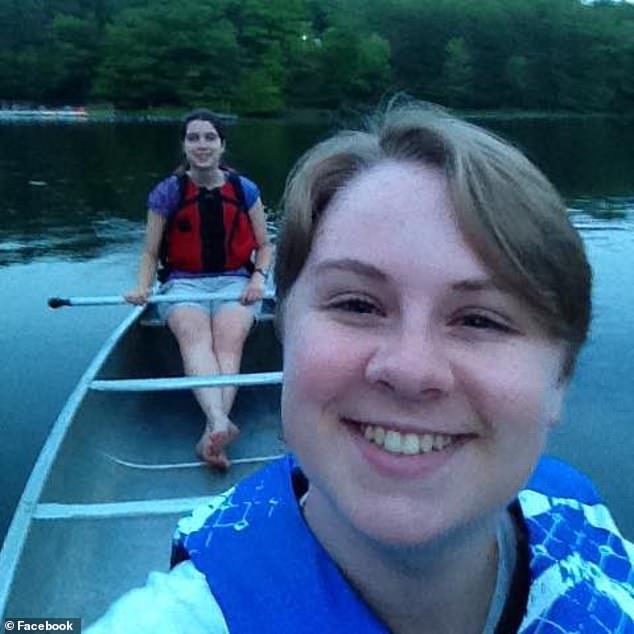 The center said it was ‘neither accurate nor plausible’ that a 28-inch wide lions’ play ball blocked the gate, but offered no alternative explanation.

Outside the steel enclosure, the only barrier is a roughly 4-foot high chain-link fence that visitors are instructed not to lean on, for fear it might break.

With no tranquilizer gun immediately on hand, arriving firefighters sprayed water from fire hoses in a futile attempt to move the lion away.

Once the center’s CEO, Douglas Evans, had the tranquilizer gun, he struggled to load it, and a dart seemed to break inside, the sheriff’s report said.

‘When the gentleman tried to assemble the tranquilizer gun, he was reading the instructions,’ Black wrote in her letter, citing a witness she wouldn’t identify.

Evans then drove to retrieve a blow gun, and hit the lion twice with tranquilizer darts, to no apparent effect. Law enforcement officers ultimately shot the lion eight times, the sheriff’s report said. 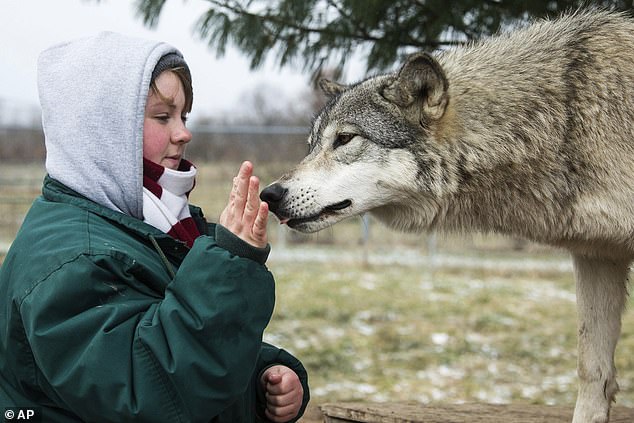 In a letter to lawmakers, Alex’s aunt said ‘The center apparently made an early decision that she had died, and the priority became saving the lion’ 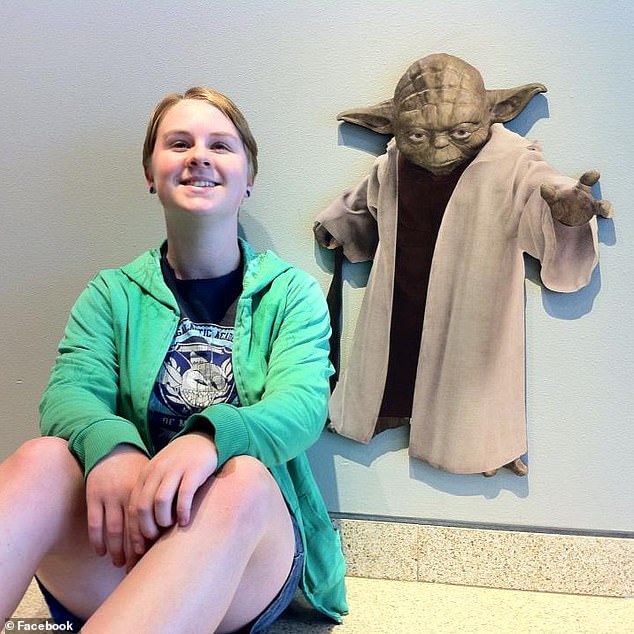 ‘It seems clear that if the center had a real plan for how it would react in such a situation, it had rarely or never been practiced,’ Black concluded in her letter.

‘The center apparently made an early decision that she had died, and the priority became saving the lion.’

Alex’s body was motionless, her status ‘unclear,’ when law enforcement arrived, the sheriff’s report said. When they finally reached her, she had bled out and died, the autopsy found.

‘What if she could’ve been saved?’ Black said.

The center responded to emailed questions about Black’s claims with a brief statement saying safety measures have been thoroughly reviewed and the staff retrained.

‘The Center is confident that if all of its policies and procedures are followed, its guests, staff, and animals are safe,’ Executive Director Mindy Stinner wrote in an email. 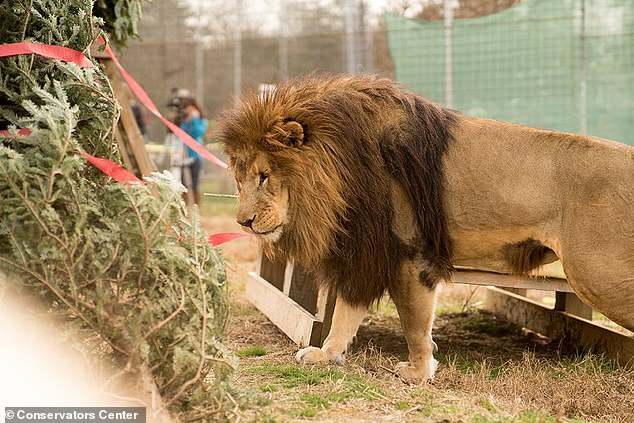 Officers ultimately shot the lion Matthai (pictured) eight times, killing the animal. When responders reached Alex, she had already bled out and died 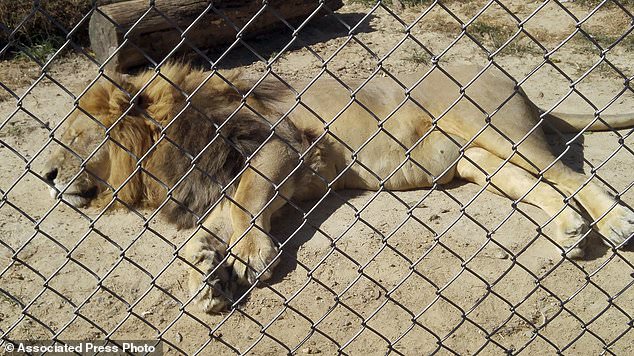 In this Sept. 30, 2017 photo made available by Erik Sommer, the lion Matthai relaxes inside his enclosure at the Conservators Center in Burlington, North Carolina. Matthai escaped from his enclosure in December 2018, and fatally mauled Alex Black, 22, before he was shot eight times and died

The center’s USDA license does require it to pass inspections and abide by certain animal welfare and safety regulations, and violations can result in fines and ultimately loss of the license.

But the USDA has allowed repeat violators to continue operating, and its standards aren’t as strict as those required for accreditation by the American Association of Zoos and Aquariums (AZA).

An unannounced USDA inspection in January 2019, one month after Black’s death, found the center had ‘no non-compliant items,’ and the department declined to say if it’s still investigating. The Occupational Safety and Health Administration declined to discuss its separate investigation, which it expects to finish in June.

The center reopened in February with a dozen employees caring for more than 80 animals, seen by 16,000-plus visitors annually, according to its website. 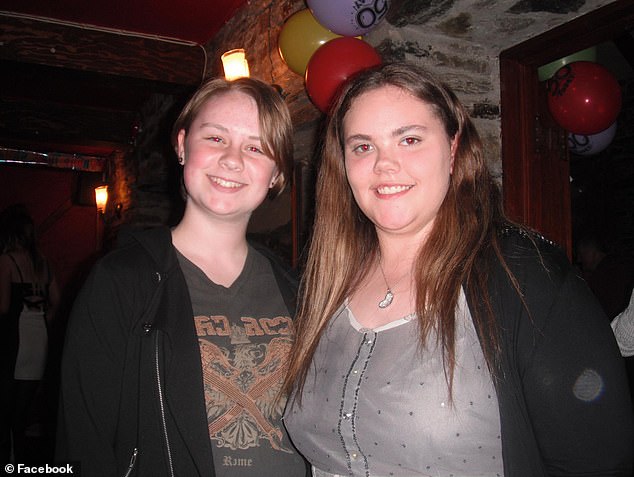 ‘I was surprised when it opened,’ Black said. ‘I just don’t know why it’s enough for them to say, “look we changed some things… come on over!”‘

Her letter has had some impact: Lawmakers amended their bill to include a study of safety requirements for exempted facilities, which the center supports.

‘I would’ve loved to see a stronger bill. I did what I could,’ said Rep. Pricey Harrison, a Democrat. She introduced the amendment, but said her efforts to add more regulations were spurned by some of her colleagues.

Republican Rep. Rena Turner, who introduced the bill, said she wants to see whether the USDA will change its rules before adding state regulations.

Dan Ashe, executive director of the AZA, said the center contacted a member of his association for unofficial safety advice following Black’s death. Facilities like these should get AZA accreditation, he said, calling USDA standards ‘minimal.’

No states mandate AZA accreditation, but some cities require it as a condition of building or operating permits, and while meeting higher standards can be costly, reducing risk is worth it, Ashe said.

‘How much is a life worth?’ he asked.

Two people are arrested over ‘criminal use of drones’ at Gatwick Airport
Christian Bale thanks 'Satan' for inspiration on playing Dick Cheney as he accepts his Golden Globe
Israeli pilots land F-15 jet after cockpit canopy flies off at 30,000 feet
Shocking photograph of 'inedible' omelette served to hospital patient
Super-rich divorcing wife, 36, wins jail order against her 'highly controlling' Omani ex
Kavan Maddocks: Father of man in coma urges doctors to let him die
Prince Andrew called his 'victim' Virginia Roberts 'a very sick girl'
What is the REAL death rate for the coronavirus?