’s youngest daughter Sasha attended her High School Prom on Friday – confirming that both of the former president’s beloved daughters are now all-grown-up.

The former first daughter looked flawless in a classic black dress as she posed for photos before the big evening in Washington, ahead of her graduation from the Sidwell Friends High School next month.

Barack himself was nowhere to be seen, but mom Michelle and older sister Malia were in attendance, and were seen beaming with pride in series of snapshots. 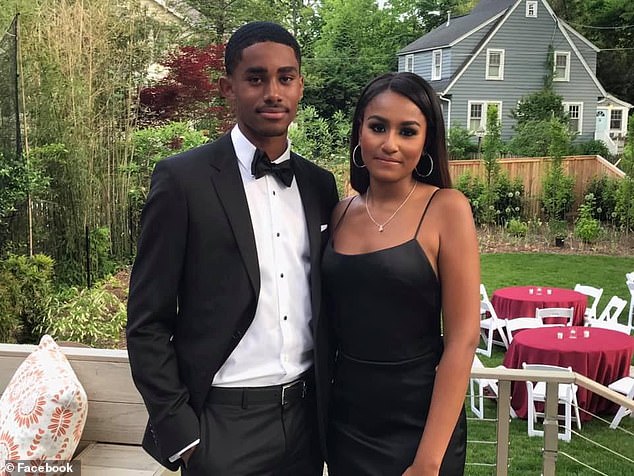 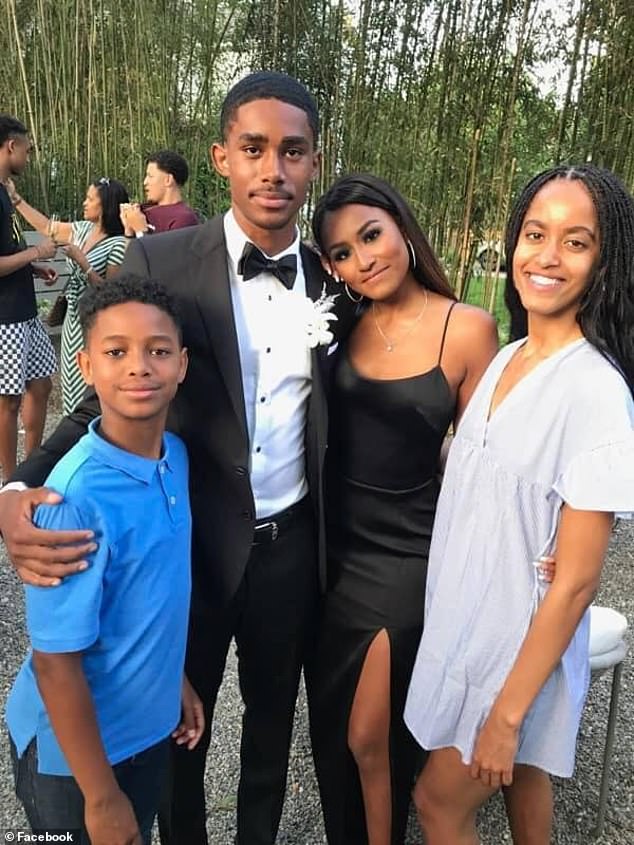 Barack himself was nowhere to be seen, but mom Michelle and older sister Malia watched on with pride as she posed with boyfriend Chris Milton (center). They even joined in for a few snapshots

Dapper date Chris was widely credited for his bravery in asking Sasha to the prom, considering who her father is.

‘Can we just appreciate the absolute guts this kid must have had during the the “dad talk” with Barack,’ said one Twitter user.

Though her dad didn’t appear to be there to wave his daughter off, social media was rife with jokes speculating that the family’s Secret Service detail would be keeping a watchful eye on the boy.

‘Young fella look like he sees Secret Service in her peripheral in all of these [pictured] lol,’ joked Quentin Love.

‘Probably was a legendary prom. But his eyes look like they’re saying, “I’m going to have fun…..but not too much fun, Sir.”‘ 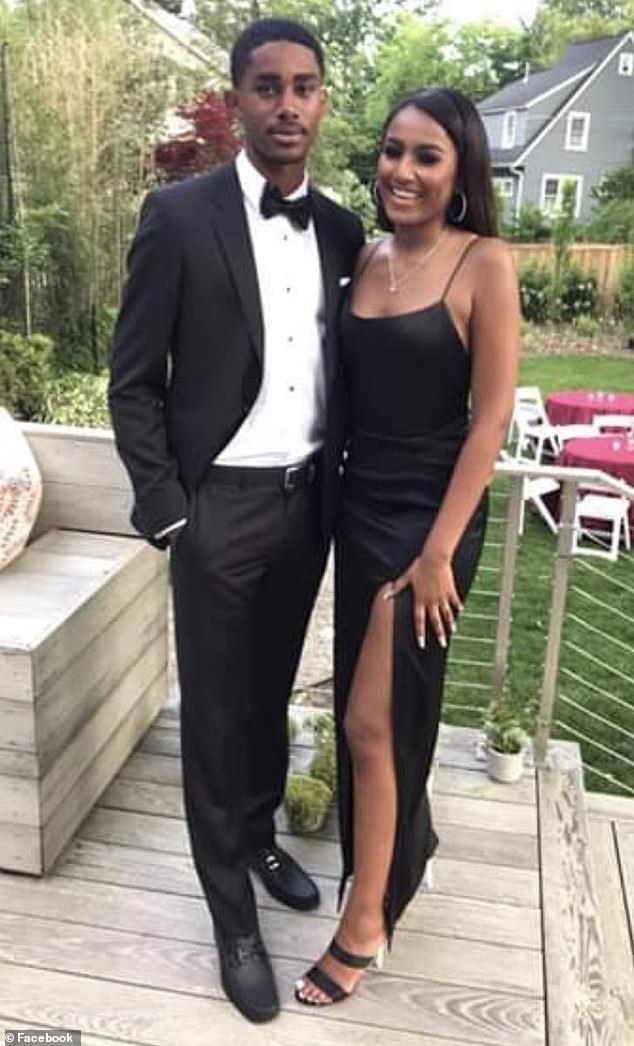 The former first daughter looked flawless in a classic black dress as she posed for photos before the big evening, ahead of her graduation from Washington’s Sidewell Friends High School next month 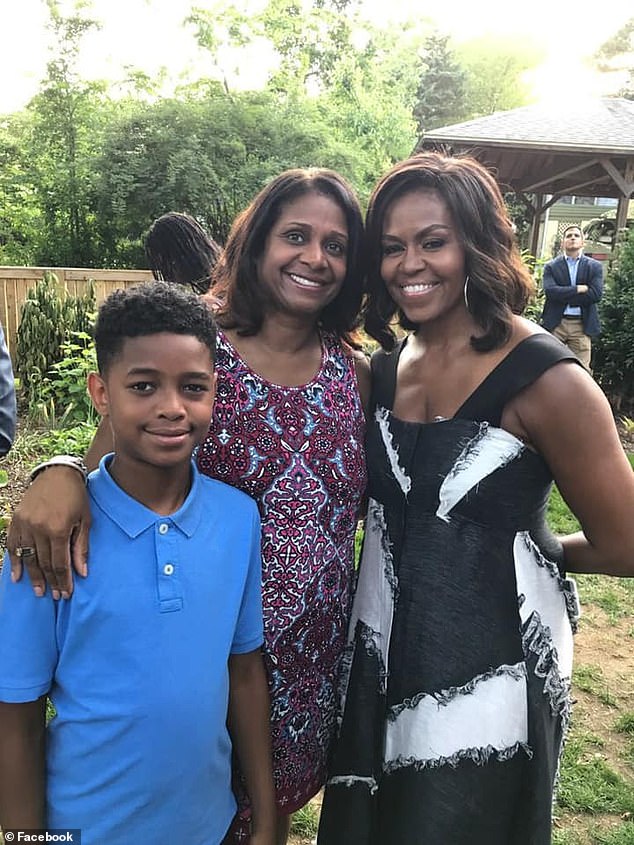 Pictured: Michelle smiling with Chris Milton’s family members on May 24

According to reports, Sasha is set to attend the University of Michigan in the fall.

The teen will be following in her Malia’s footsteps by attending a prestigious Ivy League school. Her 20-year-old sibling is currently enrolled at Harvard.

On her private Instagram, Sasha remarked that she’s very much looking forward to attending the Ann Arbor school with a group of her friends – who she refers to as ‘sisters’.

‘So proud to say I’m going to college with my sisters!!’ Miss Obama, who was just seven when her father entered the White House, captioned underneath a photo of herself and two friends standing in front of Michigan’s football stadium, nicknamed ‘The Big House’.

She made sure to tag the University of Michigan in the post, reports say.

‘That’s Sasha Obama?! Wow, stunningly beautiful!,’ exclaimed one Twitter user in response to the gallery of prom photos. ‘And because she’s President Obama and Mrs. Obama’s daughter, I’m sure she’s brilliant too!,’ she added. 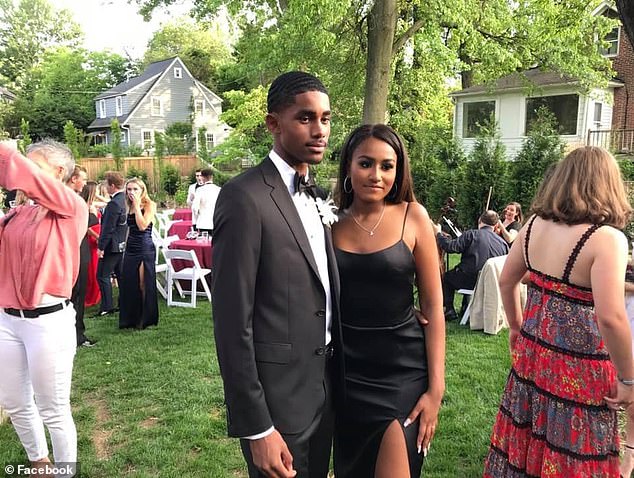 Dapper date Chris has been widely credited for his bravery for summing up the courage to ask Sasha to prom, considering her father’s influence