branded  and Geri Horner b****** during a bombshell interview with Piers Morgan.

The Spice Girls made their comeback in Dublin yesterday, but Victoria did not join them.

Speaking to Piers for his ITV show Life Stories, Mel B said ‘she loved Victoria’ but was gutted she wasn’t going to be a part of the comeback.

She also criticised Geri Horner in the interview and says that she has never truly forgiven her for leaving the band. 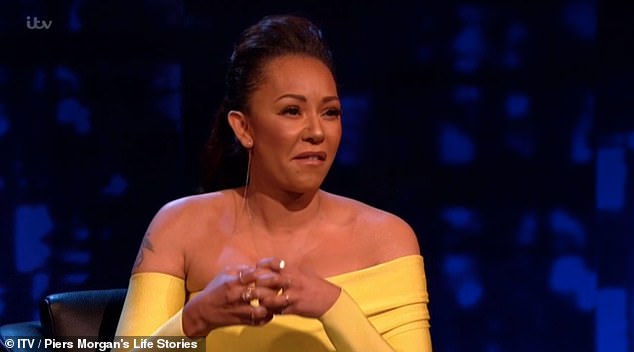 Speaking to Piers Morgan for his ITV show Life Stories, Mel B called Victoria Beckham and Geri Horner b******

Mel also opened up about her struggles with mental health and suicide.

Spice Girls Mel B and Geri Horner were seen locking hands during the band’s return last night but the shocking new revelations threaten to reignite the row between them.

Earlier this year, a clip of Mel B admitting a lesbian fling with Geri almost derailed the band’s comeback.

Although they buried the hatchet during yesterday’s Dublin show, her full interview with Piers Morgan on his ITV show Life Stories has been revealed, threatening another fall out.

In the interview, Mel B told Piers Morgan – and millions of viewers – that she hadn’t forgiven Miss Horner for leaving the band in 1998, going so far as to call her a ‘b****’.

She said: ‘I was so sad and I was really, really, really angry because we started this together, us five, and it wasn’t meant to happen if it’s not us five. And she left in Oslo on my birthday, the day before my birthday, just to really stick it to me. What a b****.’

The new revelations could destroy the comeback, which will continue with a performance in Cardiff tomorrow. 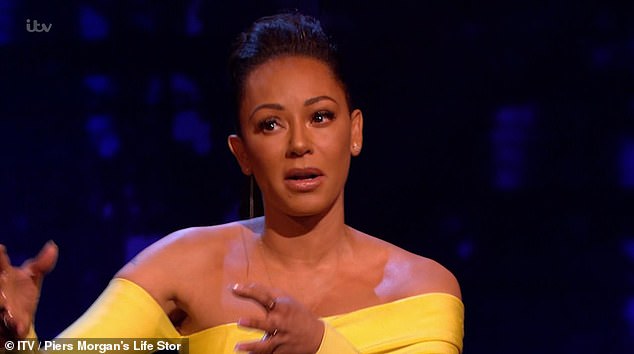 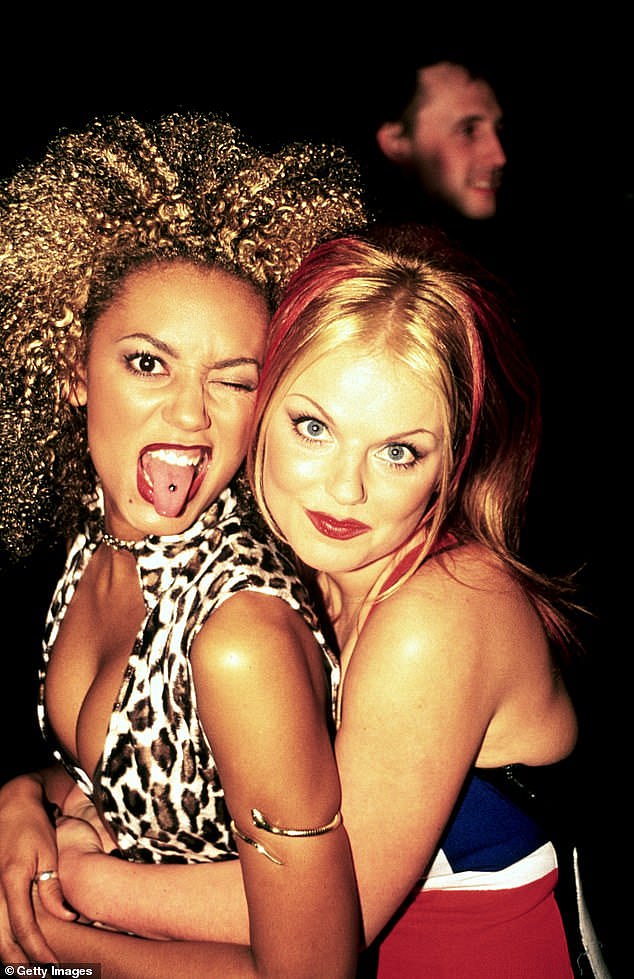 More than friends? It was reported that Geri was not happy with Mel B’s admission

Mel B made the shock romp confession earlier this year and after the racy admission hit the headlines, Piers shared a clip of the moment on GMB.

Mel C was seen looking shocked in the audience as Mel confessed she had once bedded her bandmate. Piers is seen asking Mel: ‘You were coming here to be brutally honest – did or didn’t you sleep with Geri Halliwell? Did you sleep with her?’

Looking bashful, Mel at first tried to dodge the question, telling Piers: ‘Yeah. We all slept in a bed together, but not like that, all of us.’

But Piers is relentless, probing: ‘Did you sleep with Geri like that?’ to which Mel smiles and nods as a shocked Piers checks, ‘Yes? Really?’

‘She’s going to hate me for this because she’s all posh in her country house with her husband,’ adds Mel of Geri who is married to Formula 1 team boss Christian Horner.

Although they have since made up, Geri was believed to be upset over the revelation, with sources saying Mel B had ‘done damage’ to their friendship.

The source said: ‘Mel messaged the girls to tell them about what she had said after filming the interview, but she didn’t even say sorry.

‘She needs to do some serious grovelling to make up with Geri. This isn’t something she’s going to forget easily.’