A British spy who was tortured by Nazis lied to her captors to protect the man she loved, a book about her ordeal reveals.

Odette Sansom was a 30-year-old housewife and mother-of-three when she found herself on a boat to Nazi-occupied  in October 1942.

Just months later she had fallen for her supervisor Captain Peter Churchill and chose to lie to protect him when they were captured by the Gestapo in April 1943.

Code Name: Lise by Larry Loftis tells the story of how her cover was blown, she endured 14 rounds of torture, manipulated her captors and survived more than three months in solitary confinement at Ravensbruck concentration camp in . 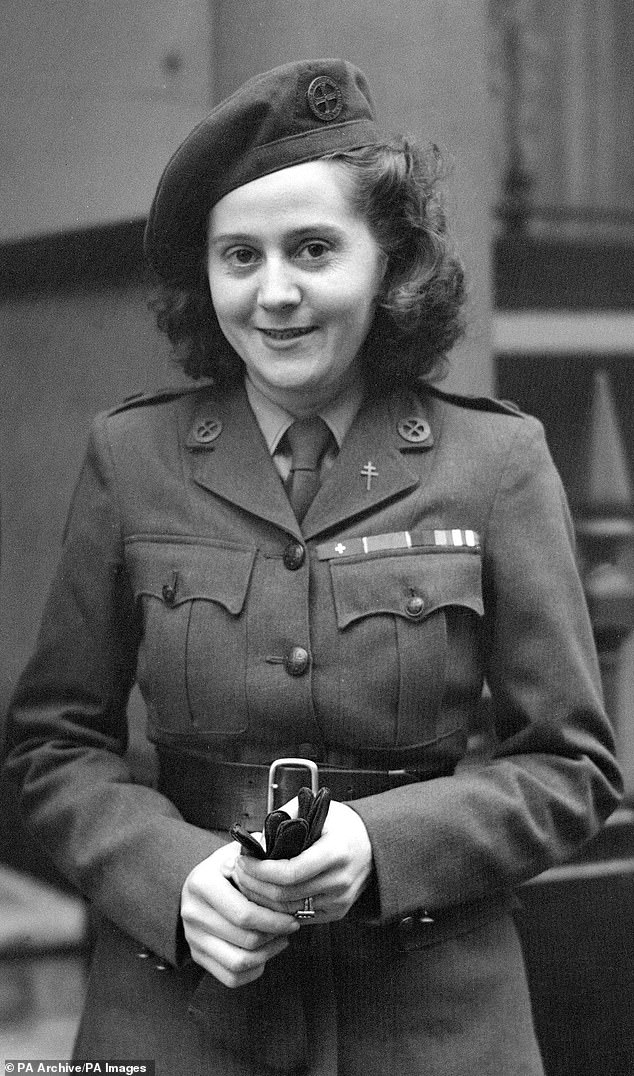 From her home in Somerset Odette, who grew up in Picardy, responded to an appeal for photographs of the French coast to help with the D-Day landings.

But she called the wrong military department and got through to the Special Operations Executive who were looking for French speaking women to join them.

‘Am I going to be satisfied that other people are going to suffer, get killed, die… trying to get freedom for my own ­children?’ she later said.

She made the decision to send her children Francoise, Lili and Marianne to boarding school and was sent to France in October 1942.

She worked with Captain Peter Churchill and other SOE officers to arrange night-time parachute drops.

But, just months later, when a fake German defector reported them to the Gestapo in German-occupied France the team were caught.

Despite being married, Odette had fallen for Captain Churchill, her supervisor, and she lied to their captors to save him from punishment. 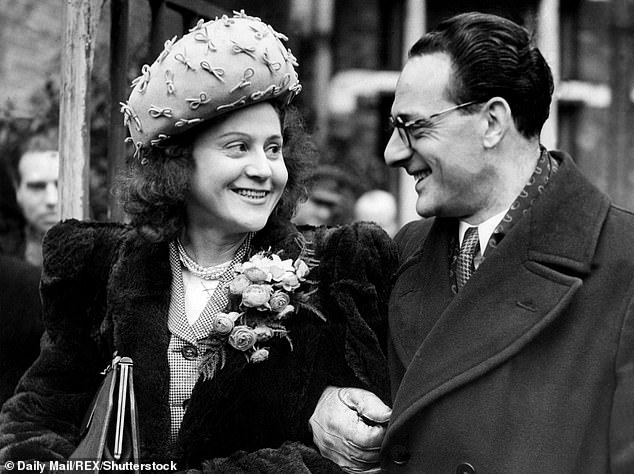 Despite being married, Odette had fallen for Captain Churchill, her supervisor, and she lied to their captors to save him from punishment. The couple pictured on their wedding day in 1947

Not only did she tell them she was actually the brains behind the mission, but she said the pair were married and Peter was related to Winston Churcill.

This bargaining chip meant despite being the only one of six other captured SOE agents to be sentenced to death, she was the only one to survive their ordeal.

Her granddaughters told she got through being burnt with a scalding hot poker and having her toenails pulled out one by one by looking at the trees outside the window.

‘She imagined herself as a seed in the dirt, struggling to get air and water, growing from a seedling to a sapling, to a young tree, to a massive oak,’ reveals her granddaughter, Nicole Miller-Hard, 56, for the first time. 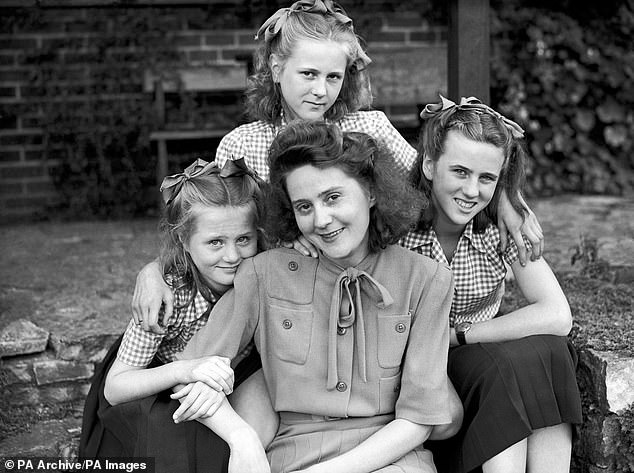 She made the decision to send her children Francoise, Lili and Marianne to boarding school and was sent to France in October 1942

Nicole’s sister Sophie, 52, says: ‘She saved him from torture. It should have been him, he was the senior. She made out she was the brains. She deflected and drew it to herself.

‘Her feet were butchered, she couldn’t wear shoes because her feet were in the most dreadful state, and she had a scar down her back because she had taken it.’

Despite being held in different rooms Odette devised a messaging system between herself and Captain Churchill.

She convinced the female Gestapo officer to let her write messages on the bottom of jam jar lids.

And in return he was to send coded messages using a book sent between them.

They were separated when she was sent to Ravensbruck concentration camp in Germany where she spent three months and eight days in pitch black solitary confinement.

At one point guards put the heating in her room up to excruciating levels so she could barely breath. ‘It was when the allies were closing in, they had landed in the South of France,’ explains Sophie. 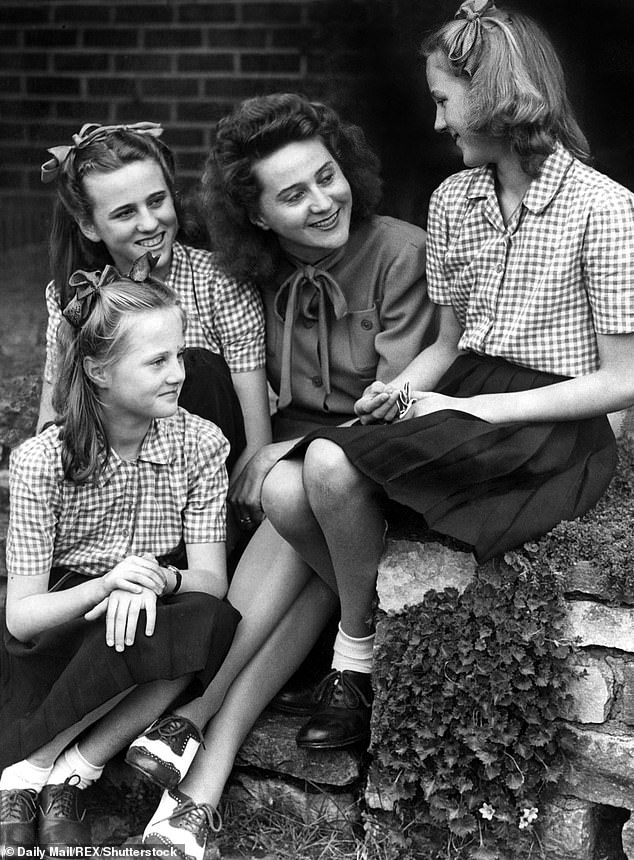 On holiday with her daughters Marianne, aged 14, Francoise, aged 17 and Lilli, 16. Her granddaughters Nicole Miller-Hard, 56, and Sophie, 52, were Francoise’s daughters

And her room was next to the crematorium, meaning the air was full of ash from human remains.

To keep herself sane she focused on a piece of wood in her room.

‘She kept herself sane by polishing the floor with it,’ she says. ‘Inch by inch. That dust was human dust and stank.’

When US troops advanced on the camp the commandant took Odette to them, saying: ‘This is Frau Churchill. She has been a prisoner.’

But she quickly told them exactly what had happened, even as she was skeletal, almost bald and sick with tuberculosis. 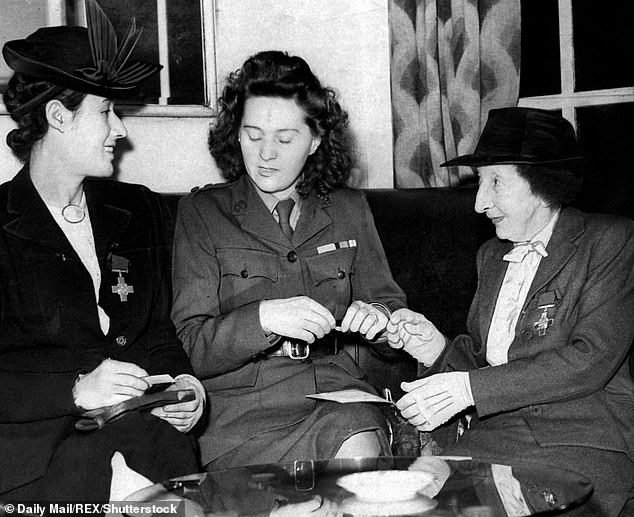 She was the first woman to be awarded a George Cross, on 20 August 1946, and the most decorated spy during World War II. Pictured with Sister Dorothy Thomas (left) and miss Emma Townsend (right) who also received the George Cross

‘This is the commandant of Ravensbruck,’ she said. ‘You make him a prisoner.’

She later testified against him and he was hanged.

In Britain, Odette was so ill doctors said she would not live but she pulled through.

‘I think she survived those doctors,’ smiles Sophie.

Odette and Captain Churchill married in 1947 but divorced nine years later. She died in 1995, aged 82, with six grandchildren.

She was the first woman to be awarded a George Cross, on 20 August 1946, and the most decorated spy during World War II.

Jeremy Corbyn gets the date of May's historic Brexit defeat on Tuesday WRONG
Brave cancer patients reveal their scars to show the public the 'real face' of the disease
Neo-Nazi student, 19, branded Prince Harry a 'race traitor' for marrying Meghan
Experts call for ban on sweetener used in Coca-Cola and Pepsi over safety fears
Fury of helpless families caught up in the chaos at Heathrow after IT system collapses
At least 27 children are killed in Liberian boarding school fire
Sue from Leeds whose election debate question brought down Prince Andrew is an ardent monarchist
Sky-gazers prepare for cosmic event TOMORROW