When a teenager started arguing with her mother about her inability to find a summer job, her dad stepped in with the perfect way to diffuse the tension.

Ivana Reynoso, a 19-year-old student at the University of Central Oklahoma, said she and her mom were starting to fight over her summer break plans when her dad stepped in and pulled her away.

He then took her to the garage for an impromptu dance party, a video of which has now gone viral on . 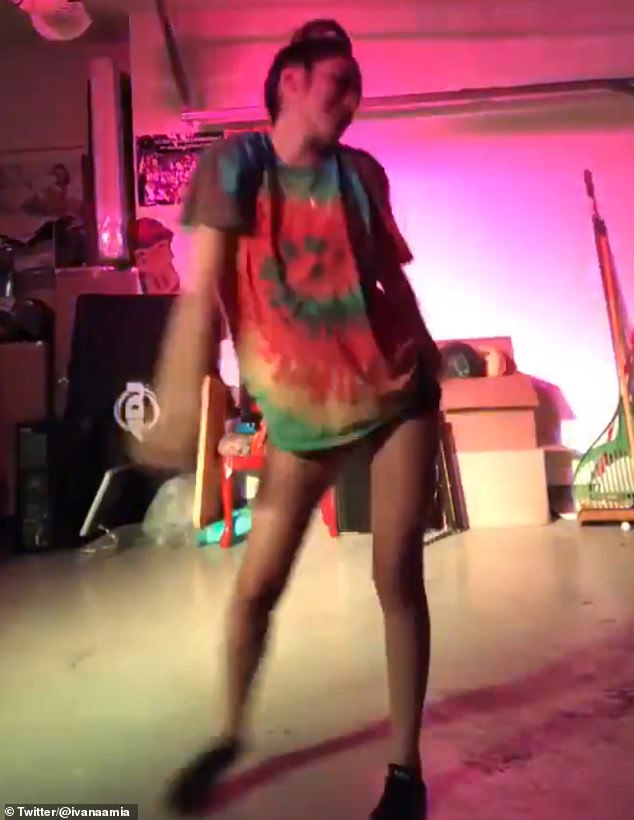 Brilliant! Ivana Reynoso, a student at the University of Central Oklahoma, was arguing with her mom when her dad came up with a clever way to diffuse the situation 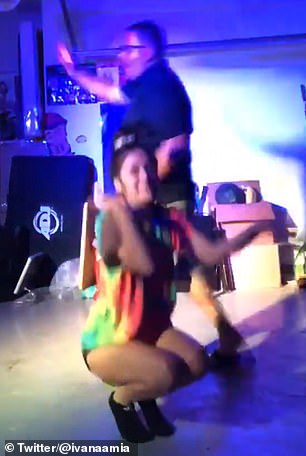 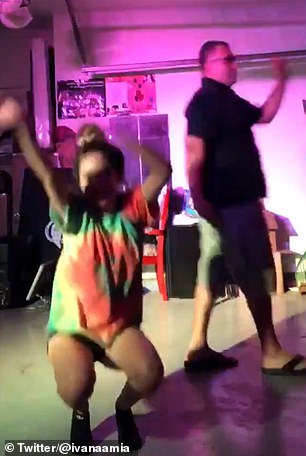 Hilarious: He brought the 19-year-old to the garage to ‘escape’ her and turned up some music

The 19-year-old from Grand Prarie shared the funny clip online, writing: ‘Me and my mom started arguing so my dad brought me in the garage to escape her….. we did this for an hour.’

The 15-second video shows the duo prancing around the garage to Lady Gaga’s Just Dance, while colorful disco lights flicker in the background. 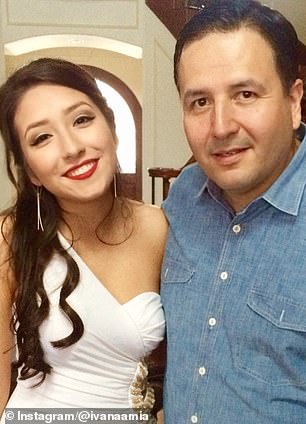 Father-daughter love: Her dad got in on the fun, too, dancing along with Ivana to the music

While Ivana bounces around the floor, flailing her arms around to the music, her father can be seen walking back and forth across the room as he moves to the beat of the music.

Since the video was uploaded on Tuesday, it has gone viral, accumulating a whopping one million views.

Speaking to , Ivana explained the argument with her mother stemmed over a discussion about her inability to find a summer job.

However, her father told the publication that he knew the best way to cheer her up and get her in a better mood.

He explained: ‘I was just trying out my new DJ lights in the garage, and I went into the house to find my daughter and wife having a little argument.

‘So I brought her in the garage to get in her in a good mood. I know she loves music and dancing,’ he added.

The 19-year-old explained that her father asked her to wait beside the garage door until she heard music playing.

When she heard the 2008 pop hit come on, she entered the room, and discovered that her father had completely transformed the garage into a dance space. 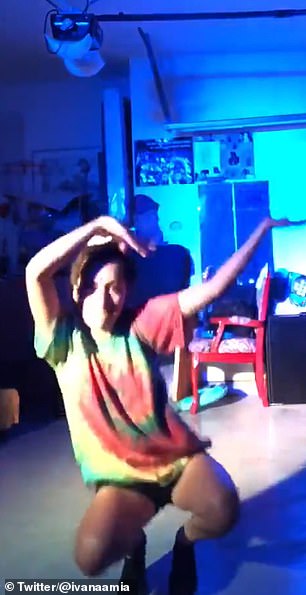 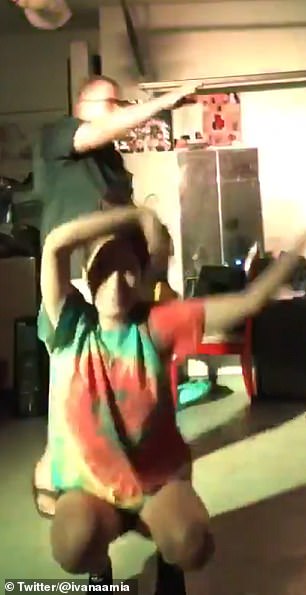 Party! Her dad said that he knew dancing would put his daughter in a good mood 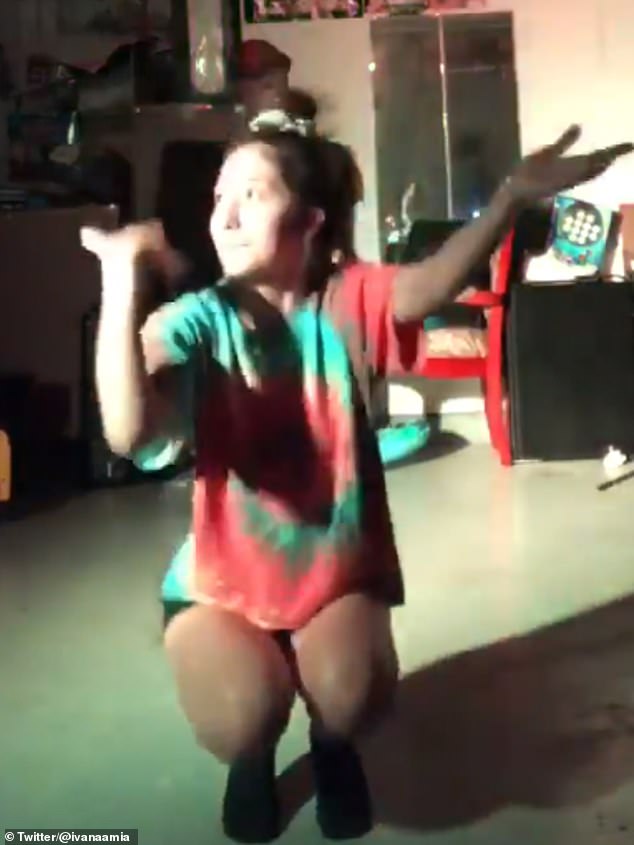 Fun! Her dad told her to wait outside until he started the music and then had her come in and dance 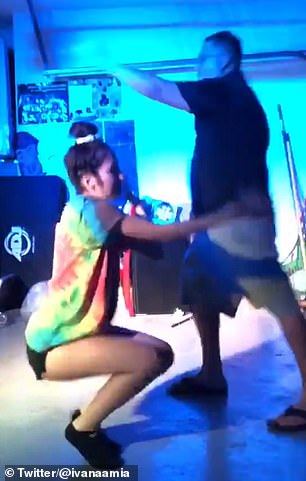 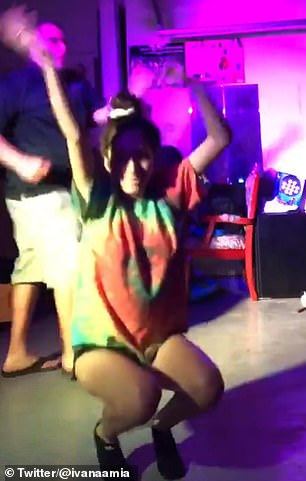 Happy: ‘For a while, I wasn’t having it. But after realizing my dad’s efforts, I couldn’t help but get in a better mood,’ she said

She said: ‘He could see I was in a bad mood, and he kept nudging me to dance. For a while, I wasn’t having it. But after realizing my dad’s efforts, I couldn’t help but get in a better mood,’ she added.

Ivana, who found the whole situation hilarious, secretly placed her camera on a ledge and recorded a snippet of their hour-long dance party.

She later shared it to Twitter, where it went viral, amassing one million views, and over 3,000 comments.

One user commented: ‘Dad of the year award. Dancing makes everything better.’

‘Parenting done right,’ one user commented, while another added: ‘This is so sweet! What a great dad.’

Another said: ‘I love that your dad did that! Also I hope things worked out with your mom. But for sure she missed out on an epic dance party.’

A fifth user dubbed the situation ‘dad and daughter goals’.

Meanwhile, other users were more pleased with Ivana’s dance moves than anything else, as one user said: ‘Never in my life have I wanted somebody’s knees so bad.’