She has been relishing getting back into her training regime following surgery on both feet.

But, Fiona Falkiner admits she hasn’t always loved the gym and the thought of going used to leave her overcome with anxiety.

The model, 36, recalled her first ever trip to the gym in a piece she penned for and confessed she became so ’embarrassed’ she only lasted 10 minutes. 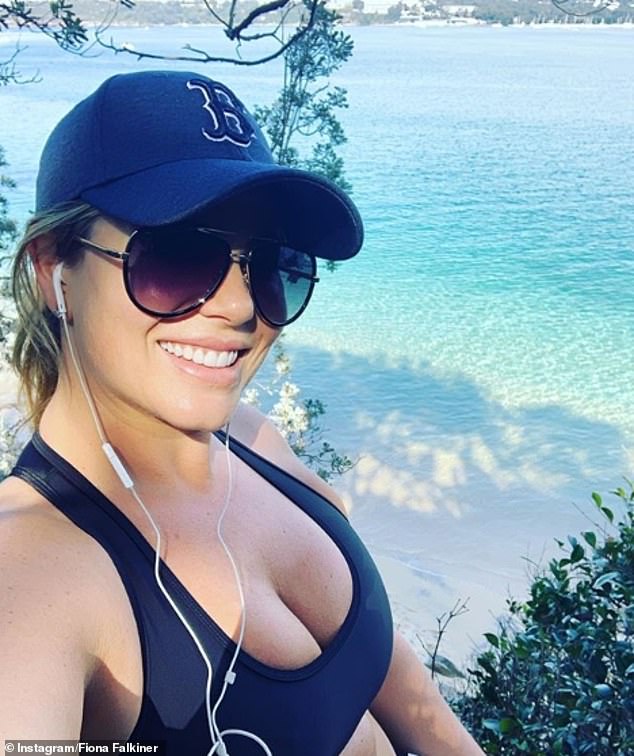 Slow-burner: Fiona Falkiner, 36, admits she hasn’t always loved the gym and admitted she got so embarrassed during her first ever time at the gym, she only lasted 10 minutes

Fiona had been 20 years old at the time and described herself as ‘unfit, overweight and terrified’.

She admitted she felt intimidating by everyone else in the gym and shunned trying out new machines – instead seeking comfort in the only one she knew, the treadmill.

‘In minutes [it] had me gasping for air while the woman on the treadmill next to me sprinted away like a graceful gazelle not even breaking a sweat,’ she wrote. 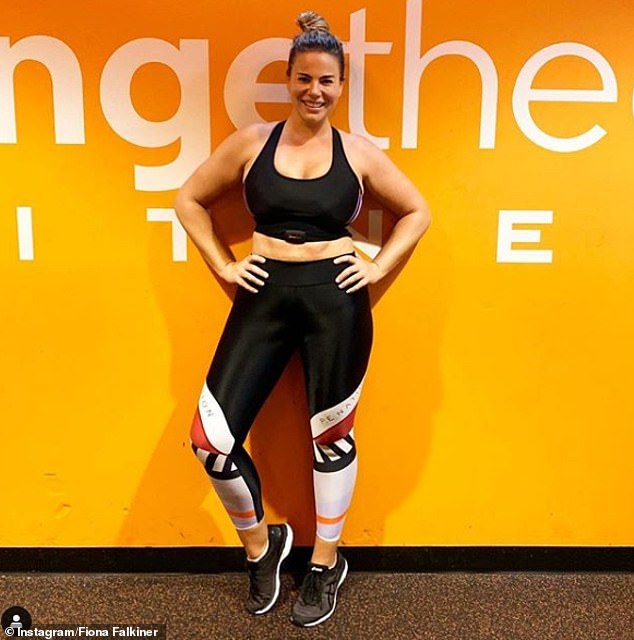 Candid: The model had been 20 years old at the time and described herself as ‘unfit, overweight and terrified’, as she recalled how the gym used to leave her overcome with anxiety in a new interview

‘After about 10 minutes the embarrassment and shame took hold of me and I was out of there, this was not the place for me, I did not fit in there.’

Fiona went on to become a contestant on The Biggest Loser, but despite gaining more knowledge about the gym and the equipment available, she still felt intimidated.

‘I would get anxiety just thinking about walking in so I would put it off and quickly it became an excuse not to go,’ she confessed.

Now, Fiona is often seen documenting her workouts on Instagram and has recently been updating fans on her recovery, after undergoing surgery on both feet. 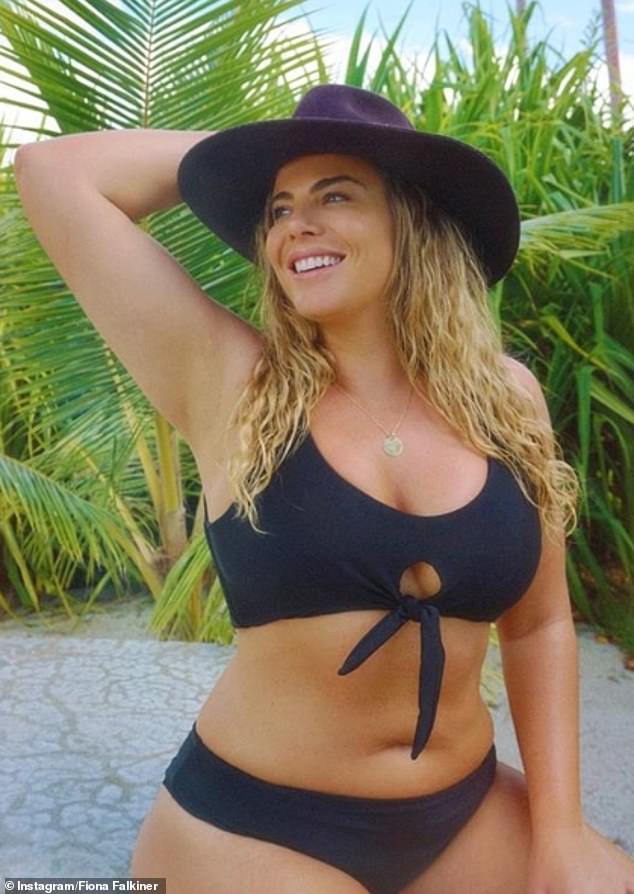 Back at it: Now, Fiona is often seen documenting her workouts on Instagram and has recently been updating fans on her recovery, after undergoing surgery on both feet

She had to have bunion surgery and corrective surgery on four toes and still faces problems when it comes to her feet and joints.

But throwing herself back into her training, Fiona said last month she is ‘grateful’ for the support she’s had from her local gym when it comes to her recovery process.

‘The past year has been a tough one post surgery on both feet, the recovery has been long and it’s not over yet,’ she posted alongside a picture of her in her gym gear.

Speaking on The Morning Show on Thursday, Fiona said she had ‘no idea’ Hayley was going to propose during their Vanuatu getaway.

‘We’d spoken about engagements previously, and she’s like, “I think we’ve got other things to focus on [and] invest our money in,”‘ she explained.

‘I was a bit heartbroken at that point in time and then she surprised me,’ Fiona added, while revealing the pair will probably marry in Australia next year.

She and Hayley met on Instagram while she was holidaying in Europe last June. 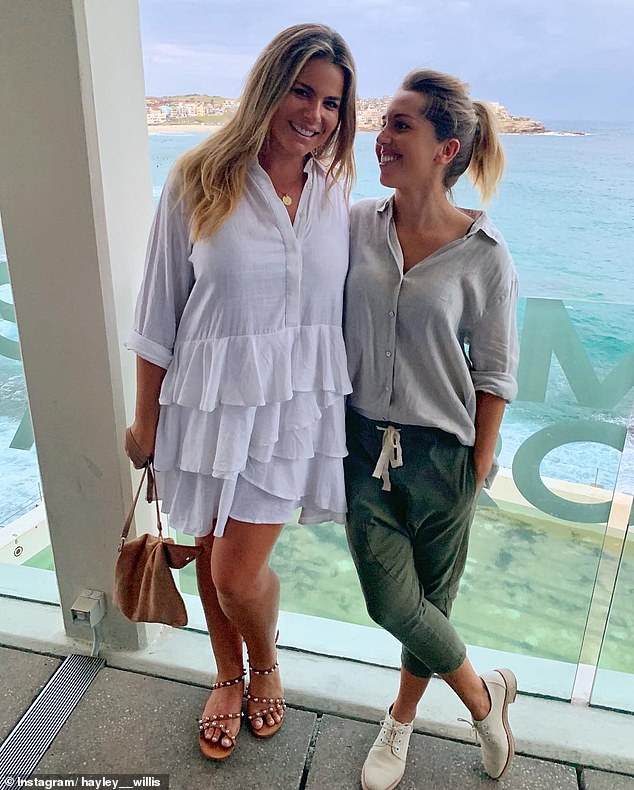 Ariana Grande sends heartfelt message: 'I’m just grateful to be here still' ahead of Sweetener Tour
Lucy Hale flashes her trim tummy in white crop top and jeans as the actress steps out for meetings
I'm A Celebrity... Get Me Out Of Here! stars will no longer eat live bugs in Bushtucker Trials
Has Line of Duty creator Jed Mercurio revealed the identity of H?
Pregnant Ciara shows off her baby bump in a fringed bikini as she duets with La La Anthony
The Deceived EXCLUSIVE FIRST LOOK: Paul Mescal takes on his first role since Normal People
'It's happening!' Idris Elba CONFIRMS his hit BBC series Luther will be made into a movie
Today Extra's Belinda Russel wears a skin-coloured outfit that makes her look NAKED