Dressed to impress and with nothing but a good night on their minds, thousands of revellers took to the streets of last night to enjoy the last May Bank Holiday.

The warm temperatures earlier in the day may have encouraged party-goers to kick off the drinking festivities earlier than usual, leaving some needing physical support from friends as they teetered home at the end of the night.

One man was even wheeled through the streets in a pram by a friend.

Pubs and clubs were packed on Birmingham’s Broad Street with women dressed to the nines in heels and figure-hugging dresses and men sporting a more casual look.

While the majority of the alcohol-fuelled goings on were in the name of harmless fun, one man was spotted taking it too far and ended up getting arrested.

He was told to leave the well-liked club, Popworld, but refused so was swiftly arrested and bundled into a police van.

Clubbers were out in the popular party hotspot until the early hours of the morning, as they made the most out of one of the busiest nights of the year. 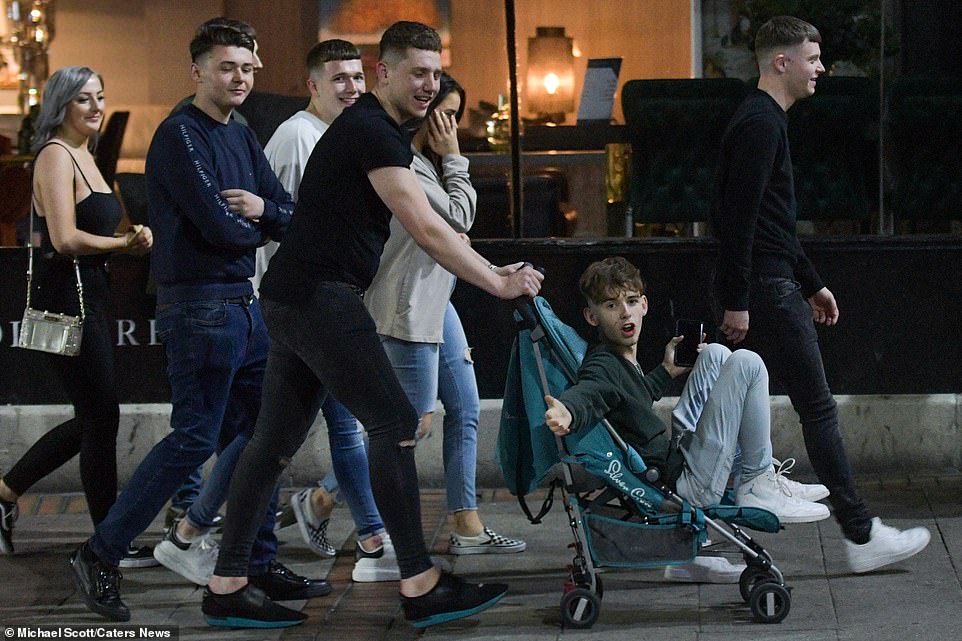 Feeling tired? One man was wheeled through the streets of Birmingham in a pram by a group of friends 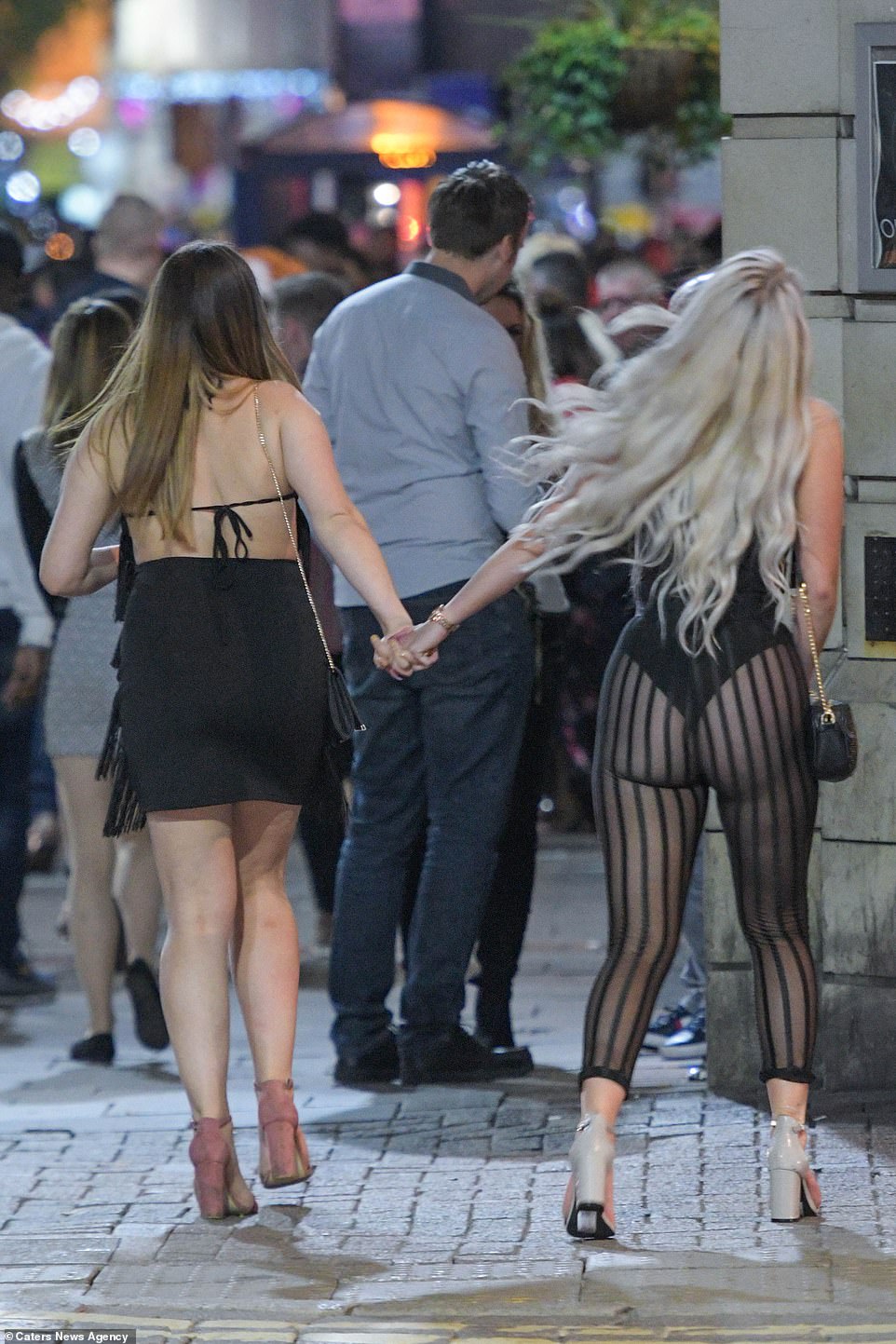 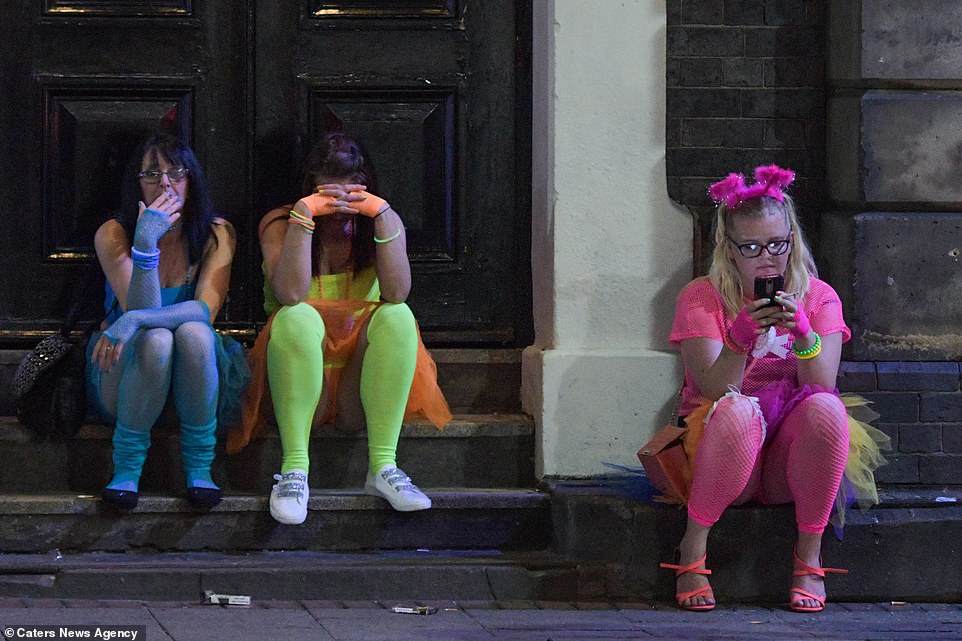 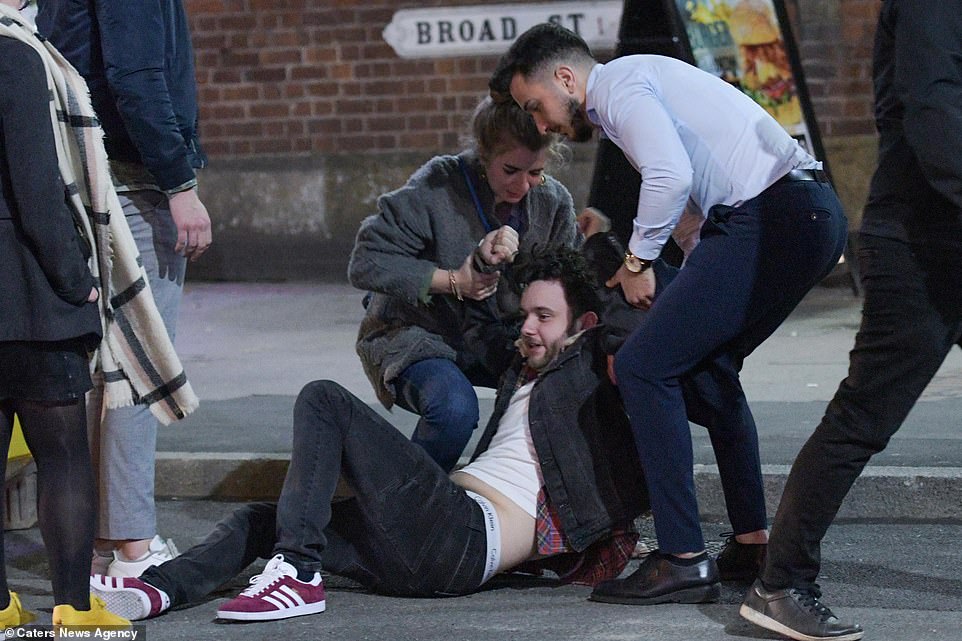 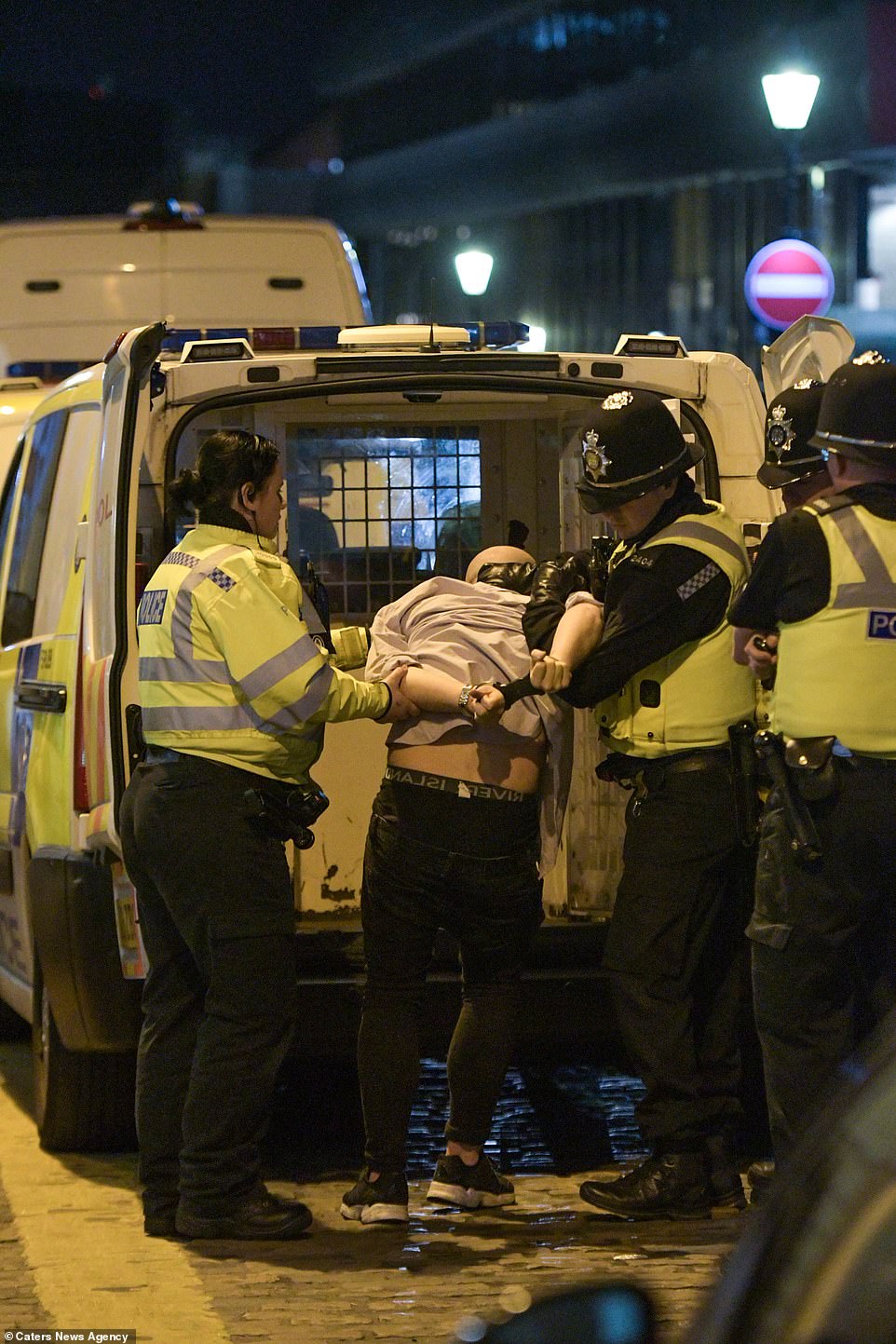 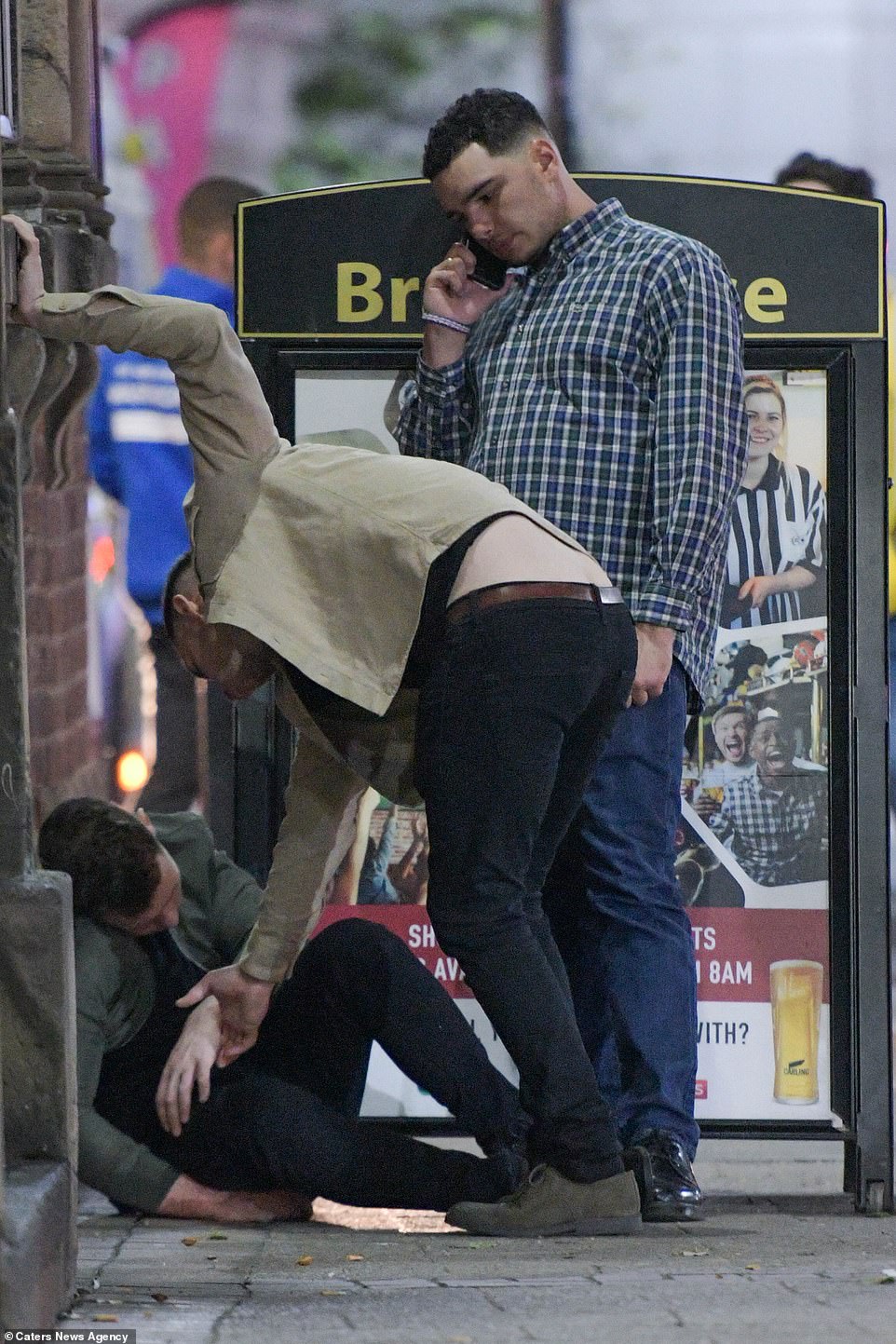 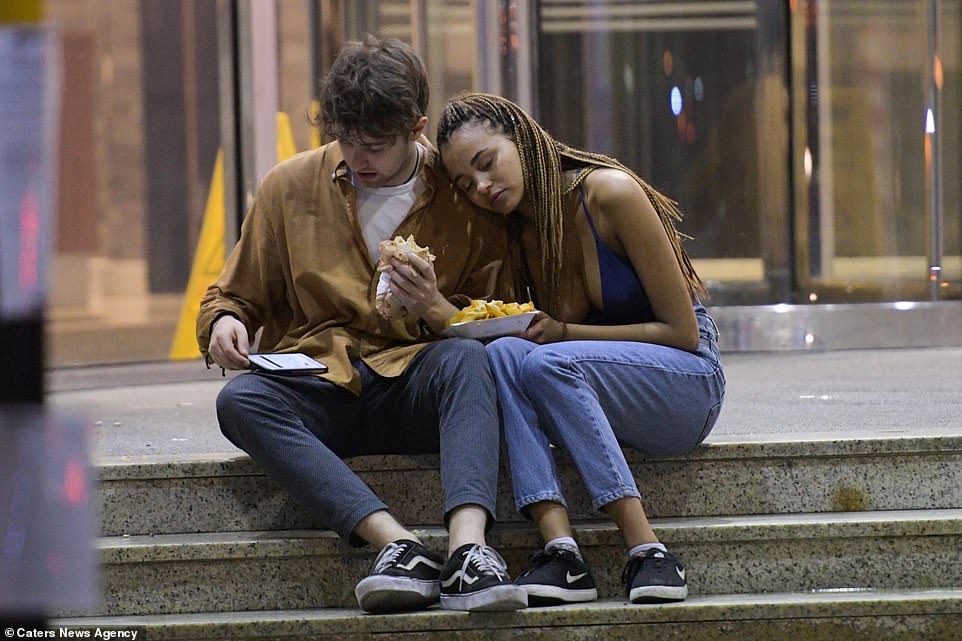 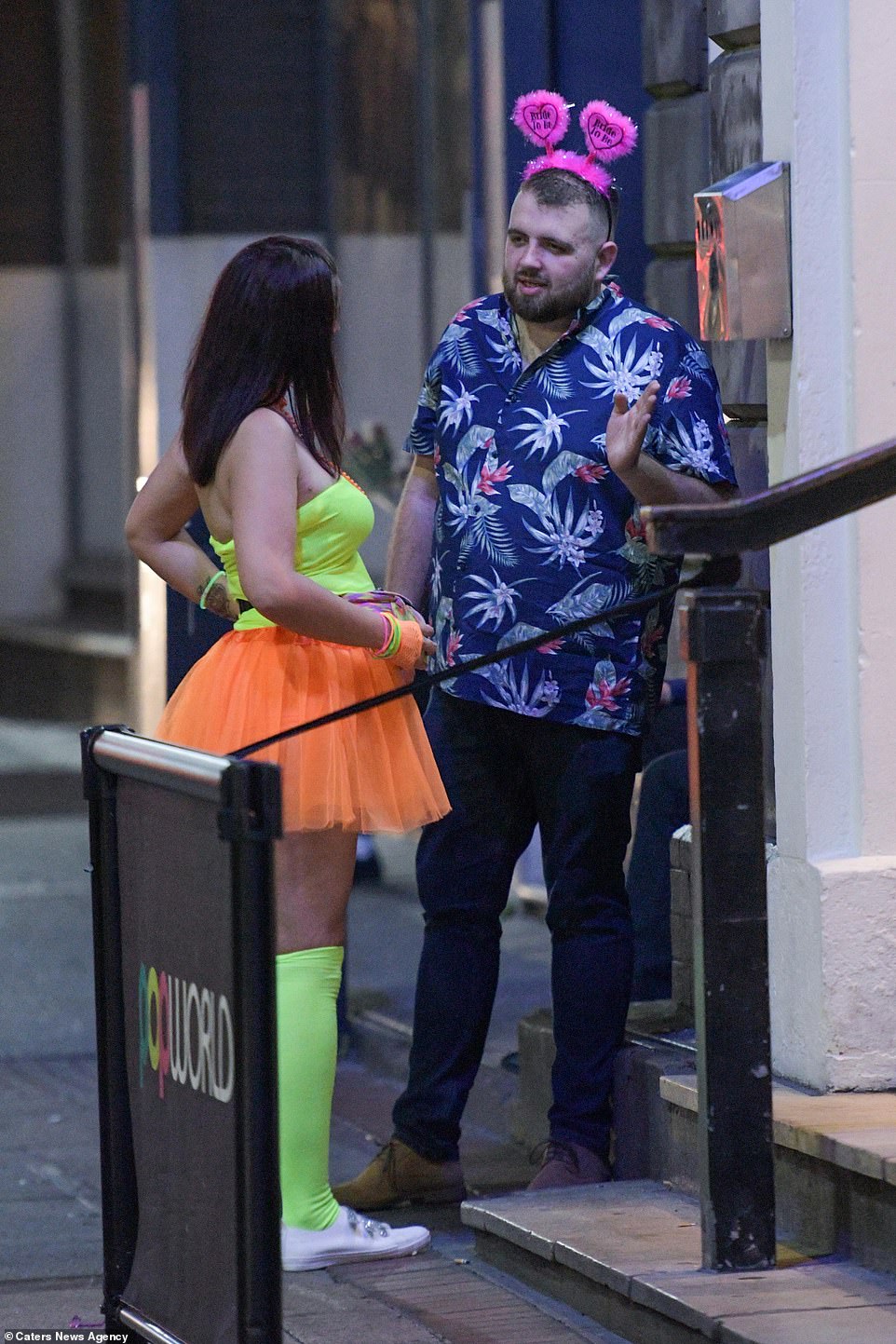 More attendees of Popworld’s neon-themed night were seen chatting together outside the popular nightclub. The man is seen wearing a headband with hearts that say ‘bride to be’ while talking to a woman dressed in a neon tutu 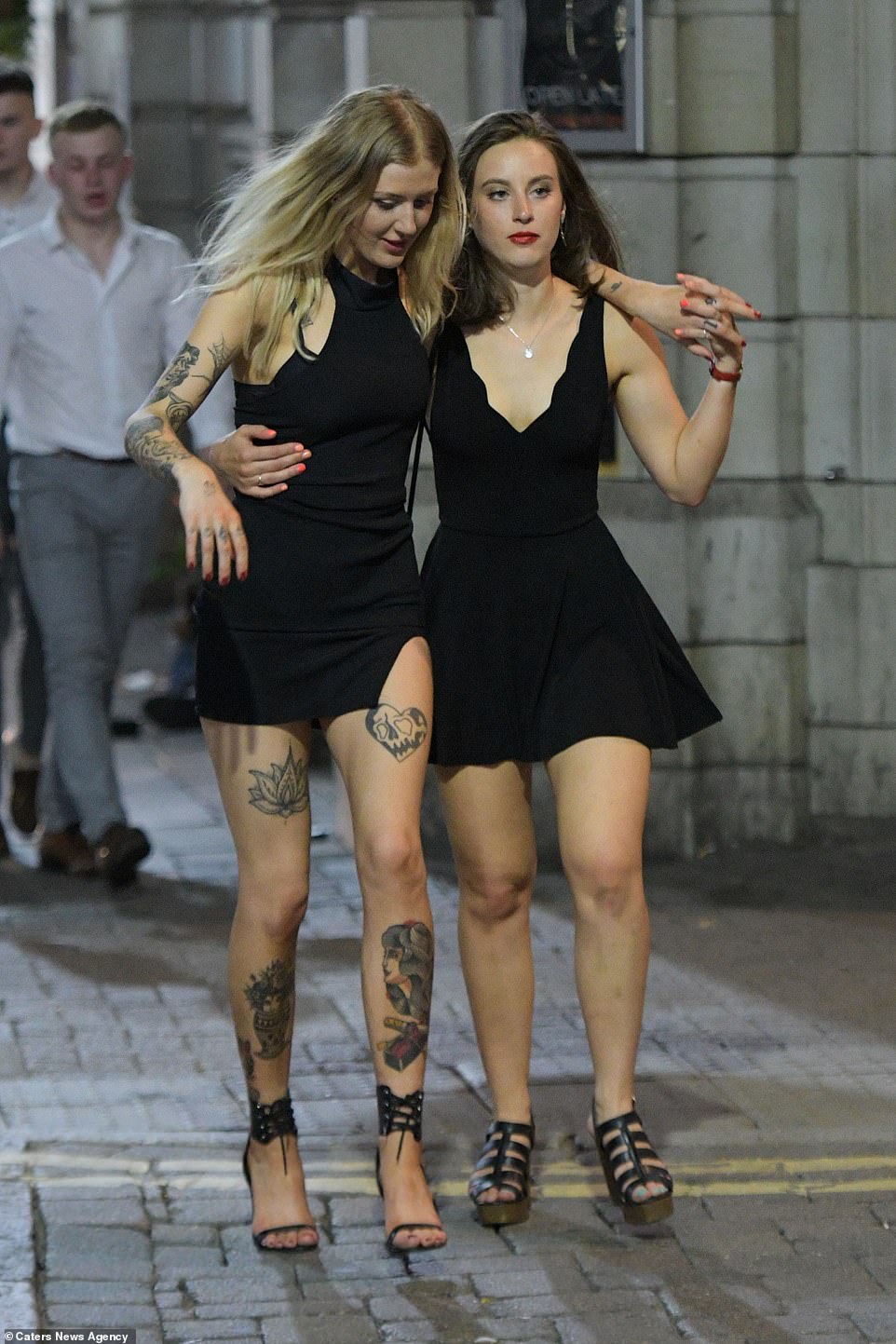 Lean on me: Two women walk with their arms round each other as they teeter down cobbled roads in their high heels 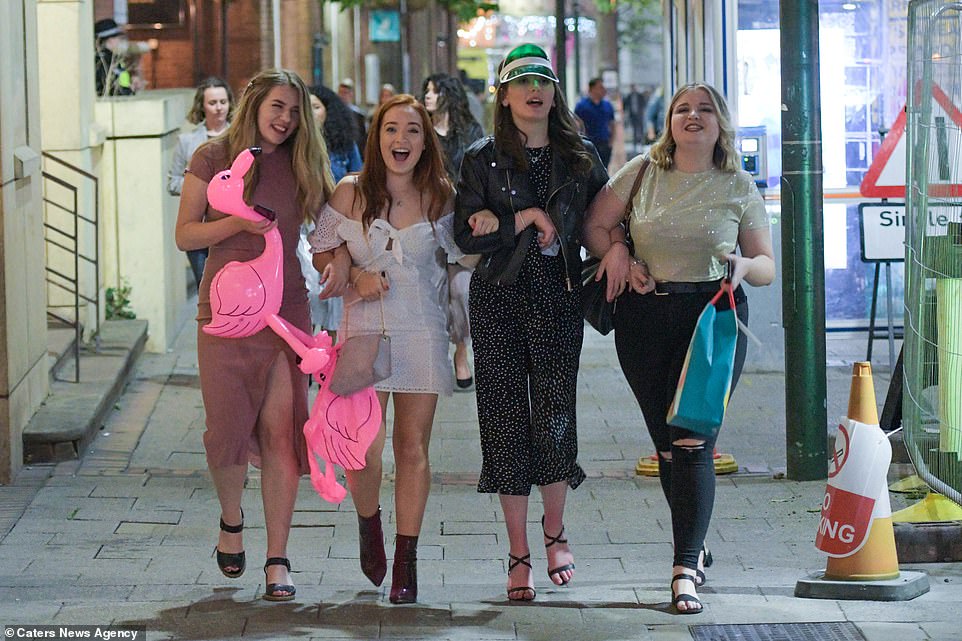 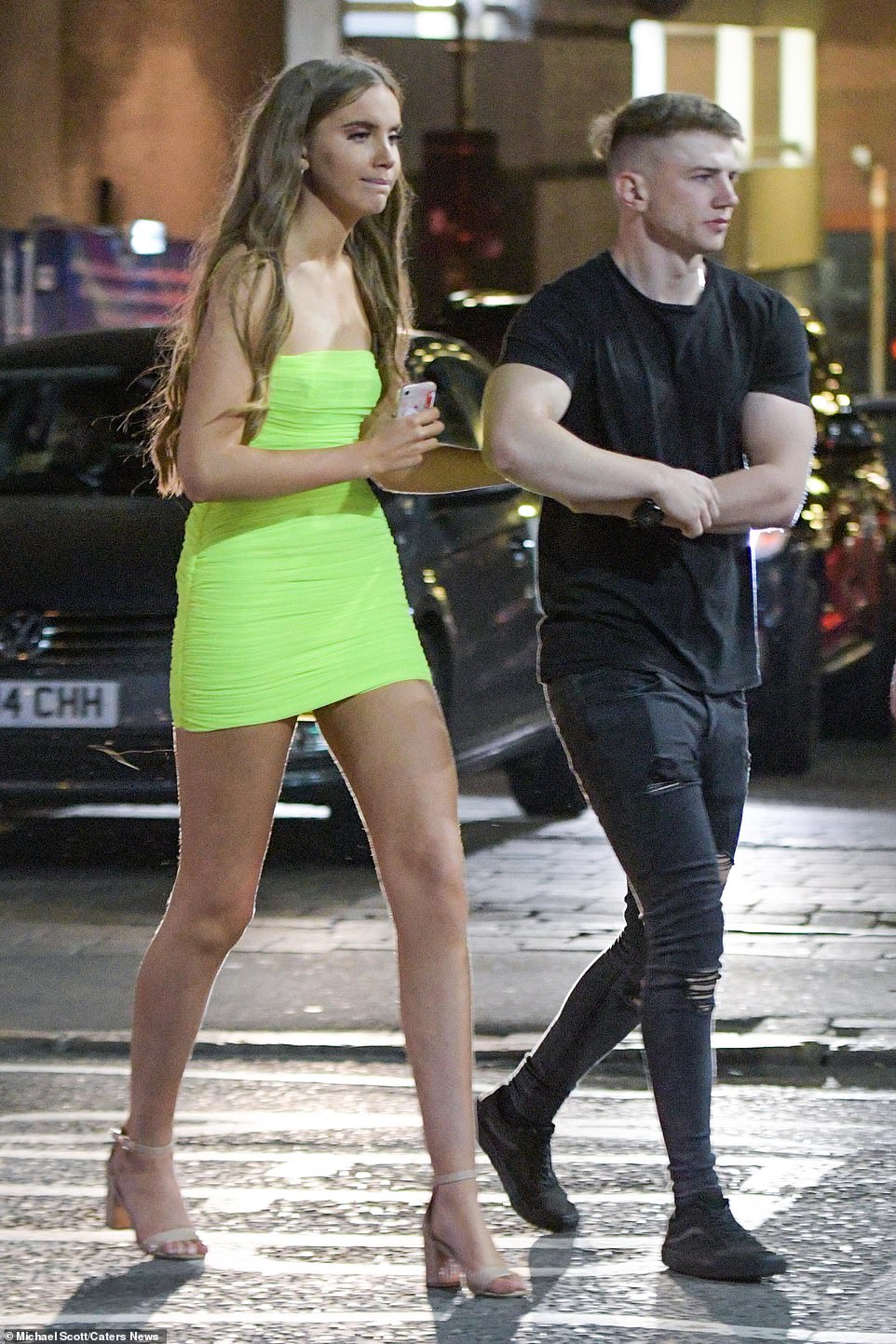 Malcolm Turnbull head to New York and refuses to help Liberal Party campaign in Wentworth
Bachelorette viewers mock Ali Oetjen for wearing bridal-inspired dress
Student, 19, was left paralysed after doctors severed her spine during a routine biopsy
Paul Scholes's son arrives at court as the 19-year-old waits to be sentenced for assault
Trump touches down in Japan for a crush of intense diplomatic talks with Putin and China
Celebrity MasterChef fans left in hysterics as Joey Essex uses thyme in a sausage recipe
Boris Johnson to meet Leo Varadkar in Dublin to keep Brexit deal alive
They are not your friends! Dominic Raab orders UK diplomats not to SIT next to those of EU states