Breakfast gaff-prone sports presenter Mike Bushell is to marry for a second time after a ‘whirlwind romance,’ Mail Online can reveal.

The father-of-three will walks down the aisle with marketing executive Emily Bond just over a year after they started dating.

The 53-year-old, who became an internet sensation after falling into a swimming pool during a live interview, will have his three daughters as bridesmaids.

His bride will be given away by her nine-year-old son Josh, from a previous relationship. 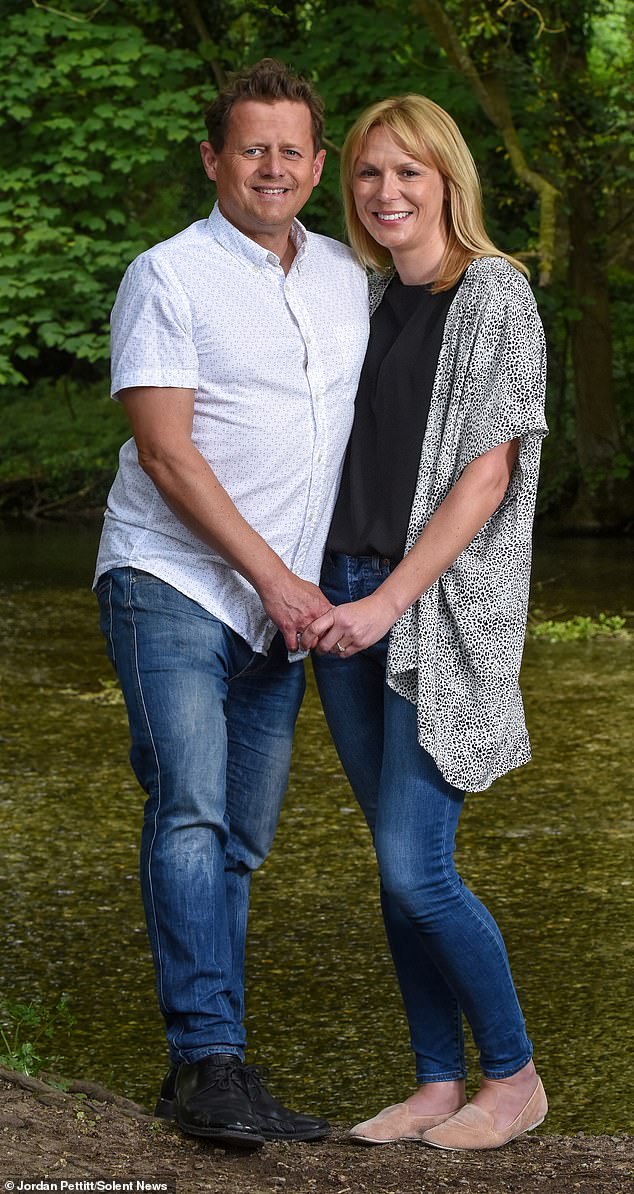 BBC Breakfast sports presenter Mike Bushell is pictured beaming with his fiancee Emily Bond, a marketing executive from Hampshire, who he will marry in a small ceremony later this month 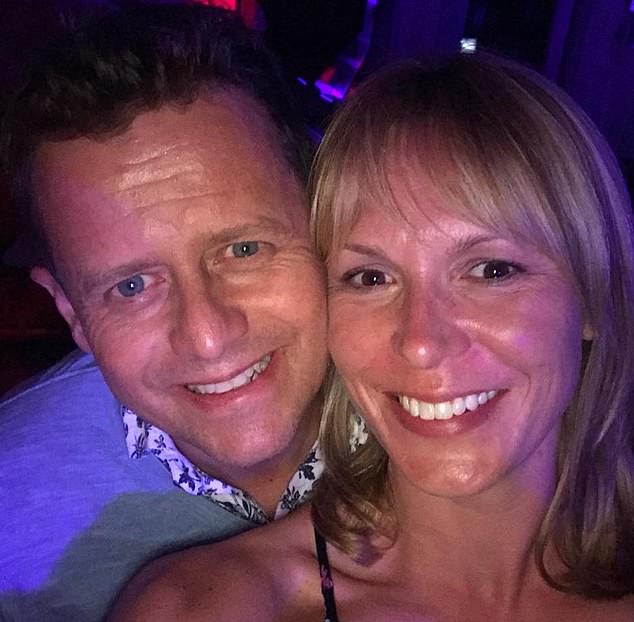 Mike and Emily (pictured) have told of their joy at their wedding where Mike’s three daughters will be bridesmaids and Emily’s son, Josh, 9, from a previous relationship  will be a page boy

Speaking to MailOnline ahead of their big day, Emily, 39, said it will be a ‘quiet, family affair’ in the Hampshire village where they now live.

‘My father will be there on one side, but it will be Josh who will be holding my hand and giving me away.

‘It is going to be a very small family occasion and we are both very much looking forward to it. 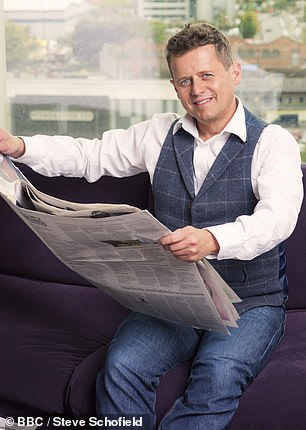 ‘I suppose it was a bit of whirlwind us getting together and deciding to marry,’ she added.

Emily even joked there will be no pools anywhere near the ceremony.

‘In the build up to the wedding people have asked if there is going to be a swimming pool at the wedding – and there most certainly isn’t.’

Mike won global fame when he plunged into the pool during a live broad interview  with members of the British swimming team at the Commonwealth Games in Australia in 2018.

The clip was downloaded 11.5m times in just one day and was even shown during the BAFTA awards ceremony as one of the highlights of the TV year.

Mike and Emily had known each other a few months when he became the most talked about presenter in Britain.

Emily said she already knew her husband-to-be was quite clumsy and the pool episode is something that is always remembered and laughed about.

She said: ‘I was on holiday in Malaga and was about to get on a plane when I spoke to Mike and I just said, ‘What have you done?’

‘We all laugh about it and many people come up to Mike and say they remember it well.’ 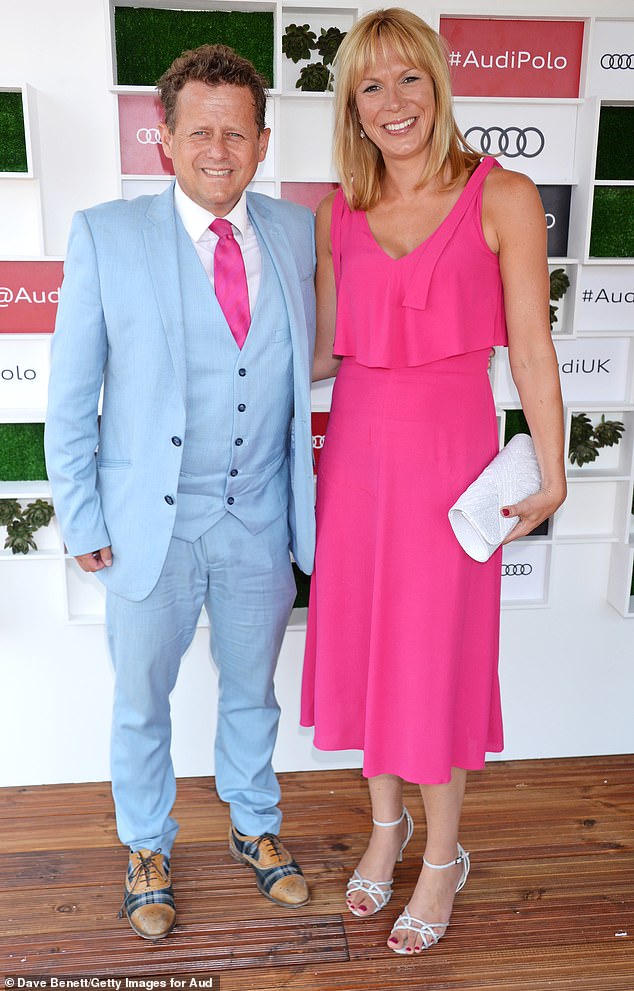 Mike, a divorced father of three, is marrying Emily following a whirlwind romance a year after they started dating after being introduced at a friend’s birthday party at their local pub 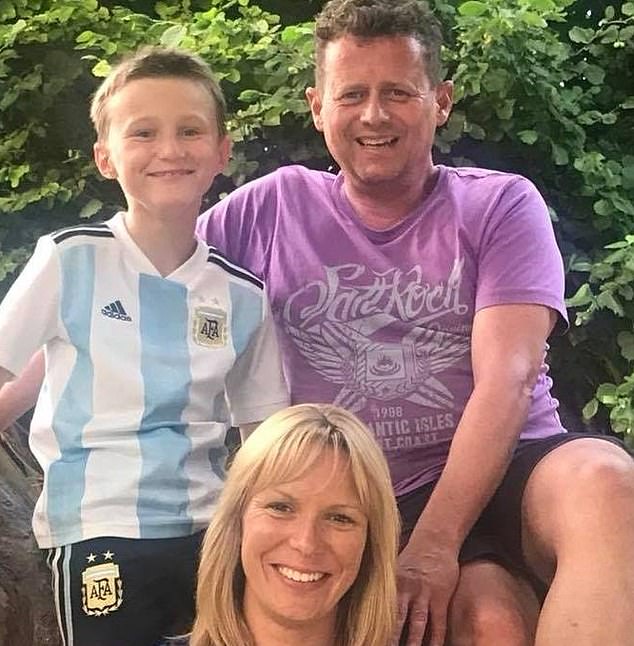 Speaking to MailOnline ahead of their big day, Emily, 39 (pictured with Mike and her son, Josh) said it will be a ‘quiet, family affair’ in the Hampshire village where they now live 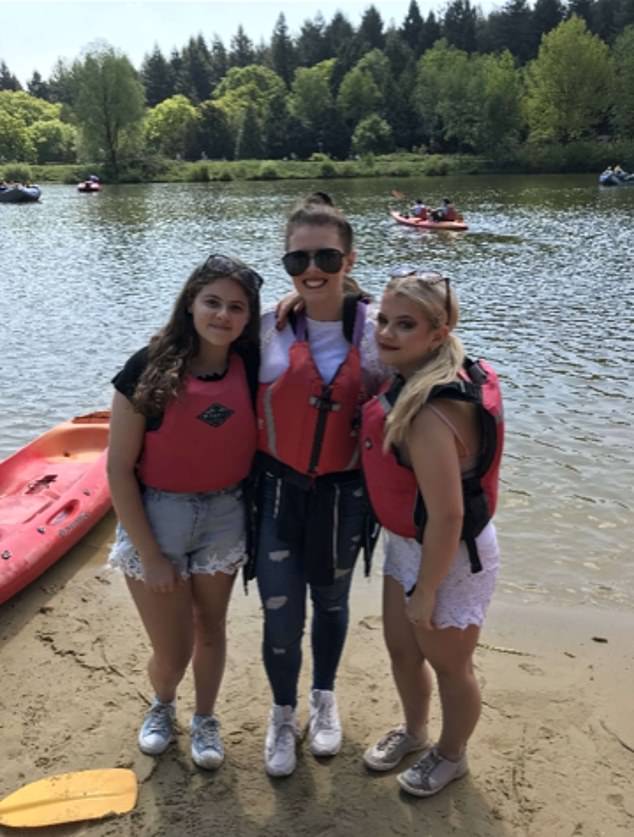 Mike told Mail Online the mishap helped raise his profile and he recently had to re-enact the fall live on Radio One while on holiday with Emily.

‘It is something that people remember and like to talk about. I guess I am a bit of a fall guy, as I like to try sports that others will not have had a go at. That is part of me. Emily will joke and call me her Frank Spencer. I have got to know Michael Crawford who played Frank Spencer and he’s a fan of my pieces.’

The couple first met in 2017 when they were introduced at a mutual friend’s birthday celebrations in a pub.

They lost touch but met again in 2018 when they began seeing each other.

At the time they lived in neighbouring Hampshire villages, but are now living together.

It will be Mike’s second marriage. His first to childhood sweetheart Kim Payne ended in divorce in 2009 after 16 years.

As well as the pool incident Mike is also famous for tackling more sports than any other person.

He has tried his hand at almost 400 mostly obscure sports, such as shin kicking and swamp soccer.

His love of sports has clearly rubbed off on Emily who said she has entered the London Marathon next year for the first time. 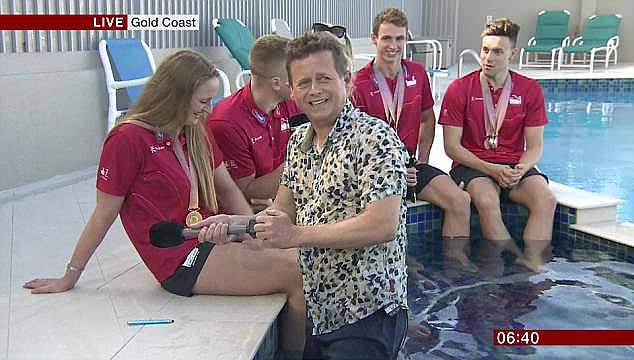 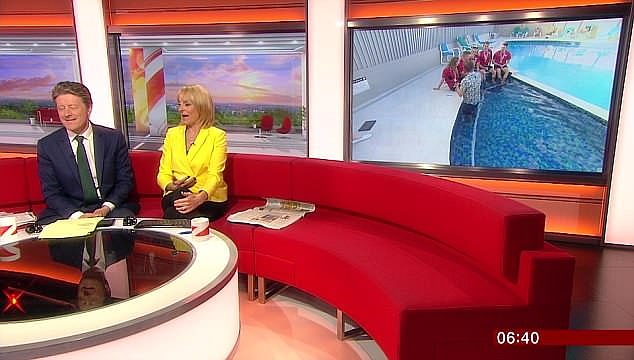 The clip was downloaded 11.5m times in just one day and was even shown during the BAFTA awards ceremony as one of the highlights of the TV year

‘I turn 40 next year and thought it was about time I did a marathon. I have done a couple of half marathons, but this will be a challenge. I must admit I am slightly nervous about taking part.’

Mike, who has run twice in the annual event, said this time he will be cheering from the sidelines this time.

‘If you see me I will be her coach. I have completed two London Marathons, but this time it will be Emily,’ he said.

In keeping with Mike’s love of unusual sport, instead of going off on honeymoon immediately after the wedding he will be taking part a game of Quidditch , the sport created by JK Rowling in the Harry Potter books.

In the game two teams of seven players run around with broomsticks between their legs and engage in a full-contact contest with elements of rugby, dodgeball and wrestling.

‘I like to try other sports that people wouldn’t think off. Quidditch is great fun.’

Sevastova beats Zvonareva in 3 sets at Kremlin Cup
England leads by 177 runs in 1st test against Sri Lanka
New Laurel and Hardy biopic reveals their swansong
Members of US Women's National Team party in the pool on the rooftop of an exclusive NYC rooftop
Britain's most forgivably naughty kids!
NASA chief says the mega-rocket that will carry humans to the moon is 90% complete
Charles Bronson's ex-wife Paula Williamson is laid to rest
Hospital patient in his 80s is feared to be Britain's second coronavirus death