A man caught on video urinating on a memorial for a nine-year-old boy who died of brain cancer says he was drunk at the time and now admits he made a ‘huge mistake’.

Bryan Bellace, 23, was arrested and charged on Sunday for defacing the monument in a New Jersey park that is dedicated to Christian Clopp who died in 2012.

Bellace’s friend Daniel Flippen, 23, filmed the video and was also arrested after posting the footage on Facebook.

Bellace told ABC News on Monday that he was drunk and doesn’t even remember getting to the park with his friend. 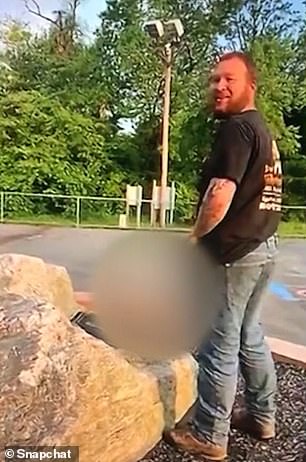 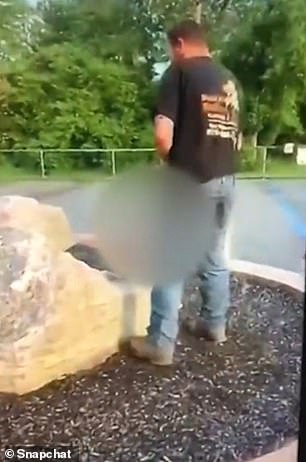 Bryan Bellace, 23, was arrested and charged on Sunday for defacing the monument in a New Jersey park that is dedicated to Christian Clopp who died in 2012

‘It was a big mistake I made. I was intoxicated. I didn’t know what I was doing at the time. When I came to my senses the next day, I realized I made a huge mistake,’ he said.

‘I wish I could take it all back and make things right, but it happened.’

He said he has reached out to Christian’s family to apologize.

‘I can ask for forgiveness from the family. I’ve reached out and I apologized for what I’ve done. This should have never happened,’ Bellace said.

Bellace’s father told The Press of Atlantic City that he’s fired his son from the family plumbing business.

Volunteers disinfected the memorial after learning what happened.

The memorial was dedicated to Christian, an aspiring veterinarian, who died of an inoperable brain tumor in February 2012. 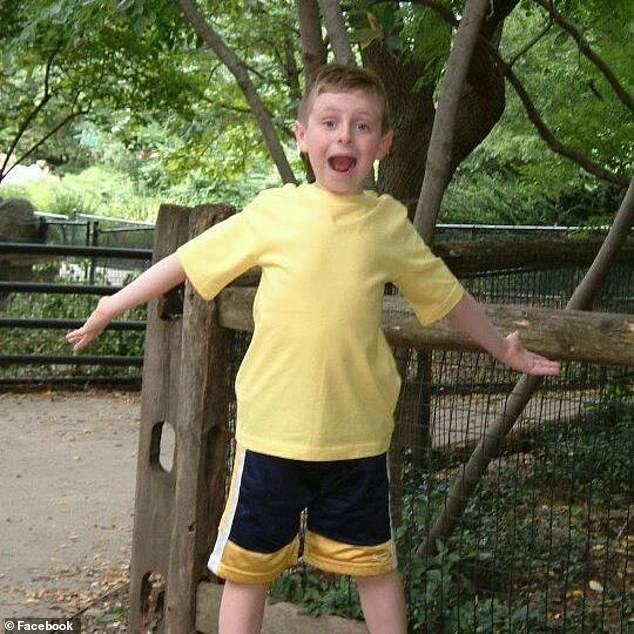 The memorial was dedicated to nine-year-old Christian Clopp, an aspiring veterinarian, who died of an inoperable brain tumor in February 2012

His father Mark Clopp said he was ‘disgusted’ by the video and called the suspects ‘scumbags’.

He said his friends and neighbors had come together to clean up the memorial and the park. 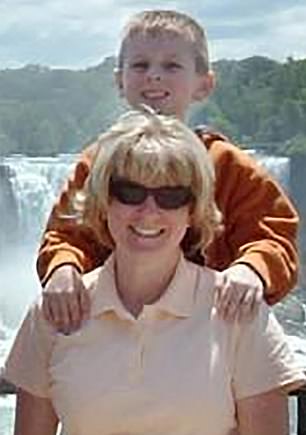 ‘Aside from the two morons facing criminal charges, I saw a community once again come together for a cause,’ Clopp, who is a retired police officer, said.

‘I’ve heard from hundreds of people offering assistance. Friends and strangers went to wash the memorial off. At the end of the day, the good outweighed and overwhelmed the bad. This is what Christian did during his life.

‘He brought people together and he has accomplished that again.

‘Perhaps the playground will be beautified, maybe expanded as a result. It doesn’t matter, as long as it is enjoyed by thousands of children in the future.

‘If we let anger prevail, we’ve lost the battle. Thanks again, everyone, for coming together and showing how great our community can be.’

In an earlier Facebook post he said: ‘We do not personally know these individuals or why they would do such a thing.

‘Losing a child is an horrific experience that, to say the least is life changing. When all you have are memories and someone does that it is heartbreaking. 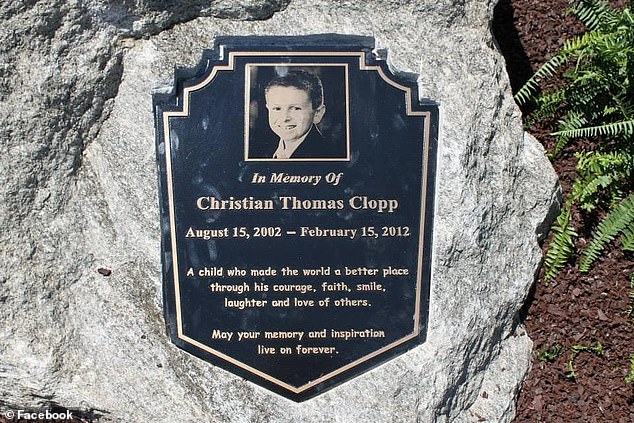 ‘We will get past it and handle the matter intelligently through the justice system.

‘While punishment will probably never change the way they think, we can only hope they someday learn empathy and pass it on.’

Police said they had investigated the ‘disturbing’ video and charged Bellace, from Egg Harbor City, with lewdness, disorderly conduct and criminal mischief.

Flippen, of Hammonton, is accused of having an open alcoholic beverage in a park.

According to an online obituary, Christian Clopp, born in 2002, dreamed of being a veterinarian and played soccer and mini-golf.

Christian was described as a ‘child who always had a smile on his face, never complaining about his treatments’.

A plaque on the memorial reads: ‘A child who made the world a better place through his courage, faith, smile, laughter and love of others.

‘May your memory and inspiration live on forever.’

Omarosa claims Melania's trend decisions are used to 'punish' Trump
Ex of Kavanaugh's third accuser said she wanted to 'have sex with more than one guy at a time'
Donald Trump and Melania put on loved up display at Hanukkah ceremony
FBI investigators search the home of the fiance of missing Colorado mom Kelsey Berreth
Trump heralds Farm Bill signing by tweeting video of himself singing 'Green Acres' theme song
Midwife who delivered skier Bode Miller's daughter shares photo from the tragic toddler's funeral
Prince Harry and Meghan Markle video hints at leaving country
Did coronavirus leak from a research lab in Wuhan?Startling new theory is 'no longer discounted'