A grooming gang victim has revealed police knew she was being trafficked around the country to be raped by more than 100 men, but arrested her instead.

Cassie Pike, now 23, was just 11 when the abuse began, lasting until she was 16, as officers ignored her desperate pleas.

She claims police officers in Halifax, West Yorkshire, arrested her after she had been pumped full of drugs by her rapists.

Ms Pike said they even arrested her on suspicion of facilitating a child sex offence when she got into an abuser’s car with another underage girl.

The woman, originally from Halifax, told the : ‘I was arrested around five times in total, but nothing ever seemed to happen to the men who were abusing me.’ 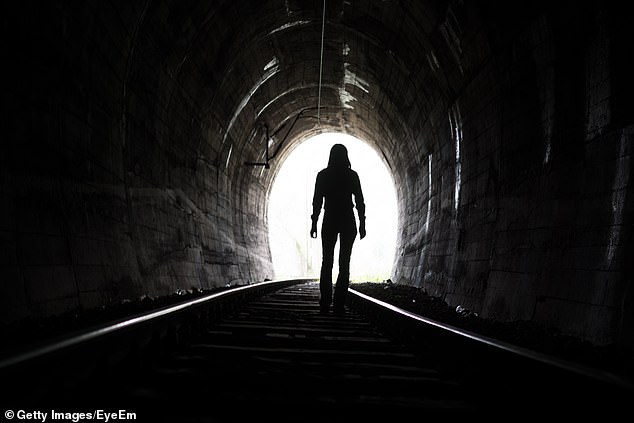 Cassie Pike, 23, was only 11 when the abuse began and it lasted until she was 16 (Stock image)

‘I was only 15 and they were in complete control of my life. How could they suggest it was me that was the criminal?’

She first contacted the authorities in 2011 following the Rochdale sex abuse scandal.

Ms Pike, who is now a mother of two, endured a prolonged investigation but managed to see 18 of her attackers imprisoned for a total of 168 years.

A review found there had been recurring failings to save her from the grooming gang, resulting in her suing Calder­dale Council. 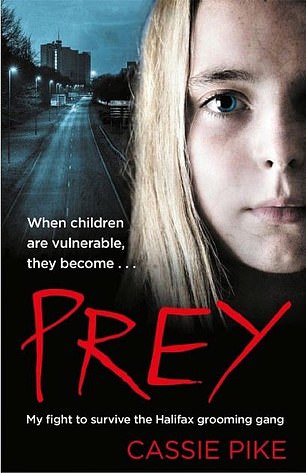 Yet the families of the rapists still send her death threats and she has had to put herself under police protection in an undisclosed location.

She said: ‘I’m constantly looking over my shoulder, I worry over who knows where I live.’

‘It’s terrifying. I’m happy some of the men are now in jail, but they won’t be there forever.’

She was picked up by the Pakistani groomers when she was walking through Halifax, with her troubled home life – a drug addict dad and a dying mother –  offering little support.

After being abused by numerous men, the woman got pregnant and had an abortion.

It was at this point she tried to kill herself by swallowing a mix of pills, but failed and fell back into the world of constant sexual abuse.

The then teenager had been preparing for her GCSE science exam but was raped and battered with a hammer by an abuser in Manchester.

She said: ‘I turned up at school and told the teacher what happened and that I hadn’t slept, but she told me to try the exam anyway.’ 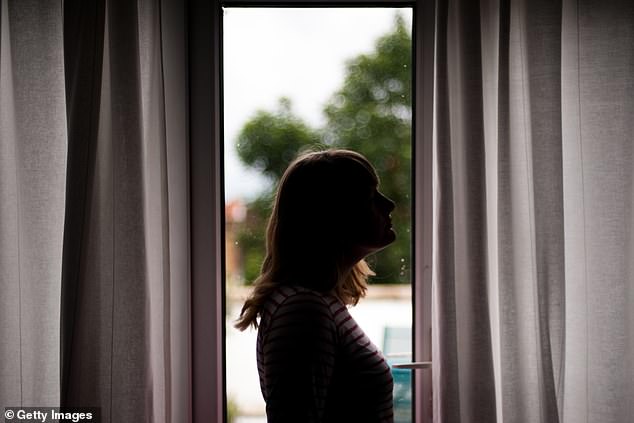 Ms Pike was later taken into care, away from Halifax and learned about the Rochdale grooming gangs from a newspaper two years later.

She said: ‘I read the story of one girl involved in the Rochdale case and it was like reading about my own life.

‘She’d been abused for years by loads of men and, in frustration, had smashed up the counter in one of their takeaways. She was arrested but nothing had happened to any of the men for ages.’

‘It was the first time I realised none of this had been my fault.’

Ms Pike, who has been diagnosed with PTSD following her experience, fears young girls being raped across the country is a systemic problem, especially in places such as Bradford and Rochdale.

Nine abusers from a grooming gang based in Rochdale were imprisoned in 2012 at Liverpool Crown Court.

In 2014 it was revealed by an independent inquiry that as many as 1,400 young girls had been affected by the Rotherham rape scandal.

A wave of arrests followed the inquiry.

The woman now wants to give her five-year-old daughter and two-year-old son the happy childhood she never had.