This is the jaw-dropping moment a family walks along Britain’s scariest footpath, with only a metal handrail separating them from a 300ft drop.

In the clip, the family can be seen wandering perilously close to the edge of the cliff which is considered one of Britain’s most dangerous paths.

Walkers, no matter how seasoned, are often advised to avoid the path in windy and rainy conditions, while authorities say children and animals should be kept an eye on at all times.

The limestone crag High Tor is one of the highest inland cliffs in the country and is believed to be one of the last place eagles nested in England.

It offers spectacular views of the town below for ramblers brave enough to take it on. 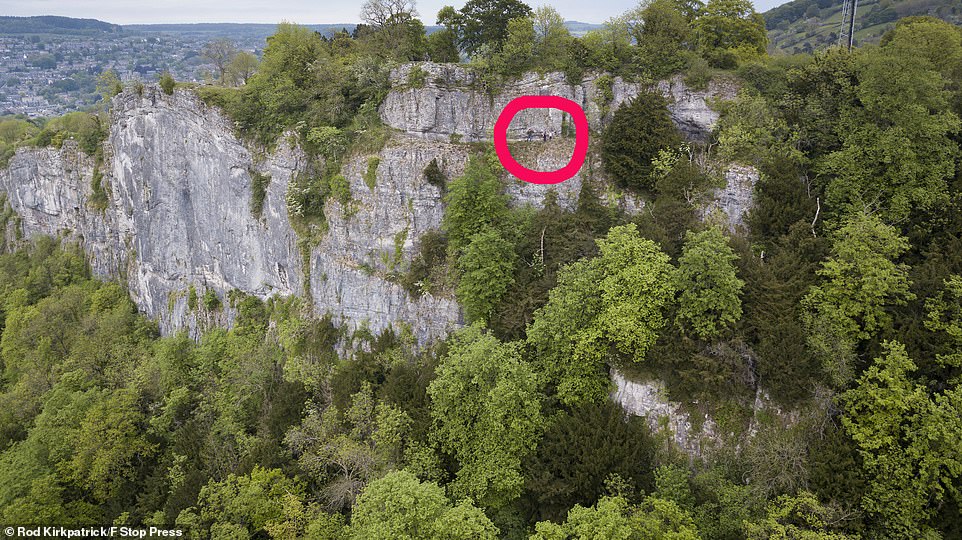 A family (circled) walk along the Giddy Edge footpath near Matlock Bath, Derbyshire which is considered to be one of Britain’s most dangerous footpaths 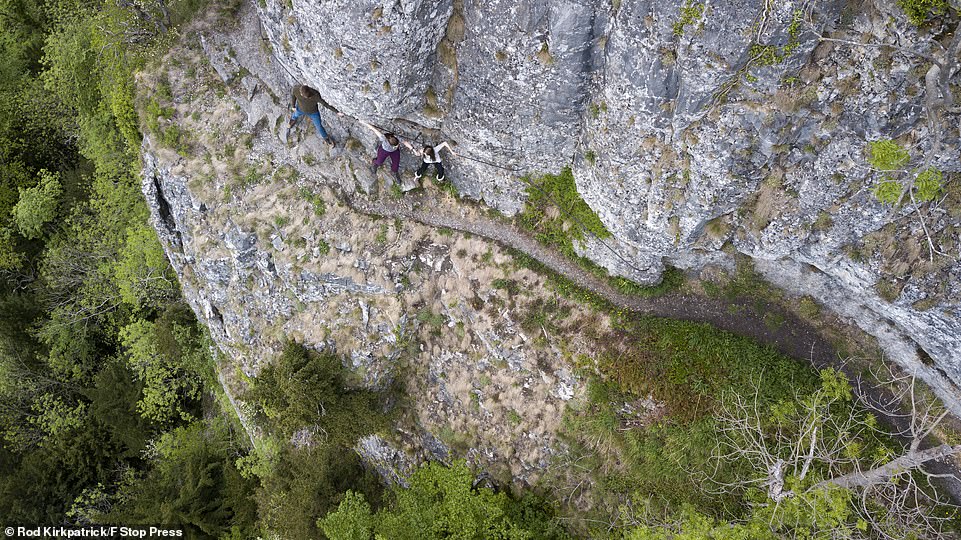 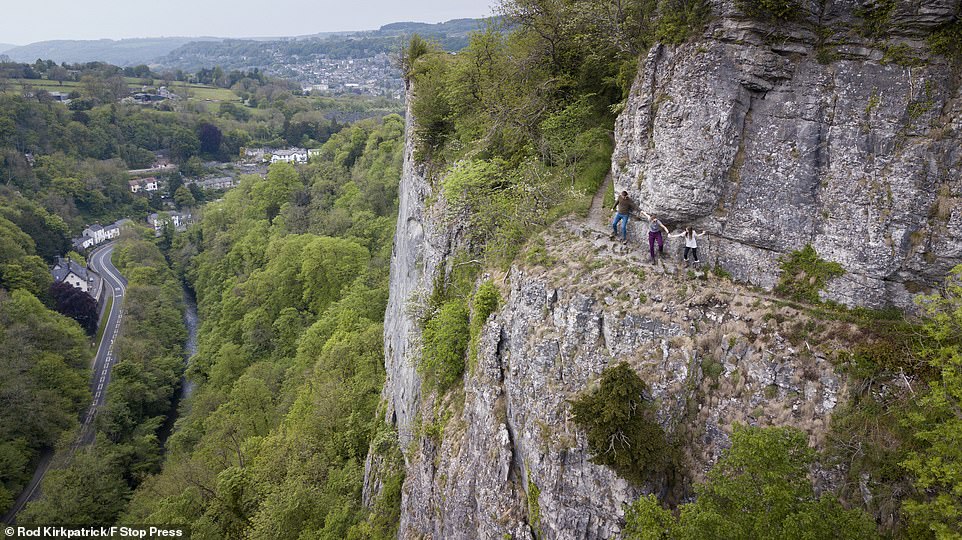