has insisted a second referendum would not be ‘disastrous’ and that freedom of movement would be part of any negotiations with the EU led by his party.

He added Labour does not currently support legislation to implement the Government’s Withdrawal Agreement as he has heard nothing which suggests it will be ‘fundamentally any different’ to what was previously put forward.

Mr Corbyn was repeatedly pressed for clarity over Labour’s stance on Brexit ahead of Thursday’s European elections, with a series of conflicting views from shadow cabinet ministers presented to him.

Asked if the Labour election slogan was ‘Vote Labour, get Brexit’, Mr Corbyn told One’s The Andrew Marr Show: ‘I think what would be a fair assessment would be to say Vote Labour, challenge austerity and guarantee living standards for the future, not a no-deal exit from the which is all that’s being offered by the Tory right and, in a sense, by the Tory party.’ 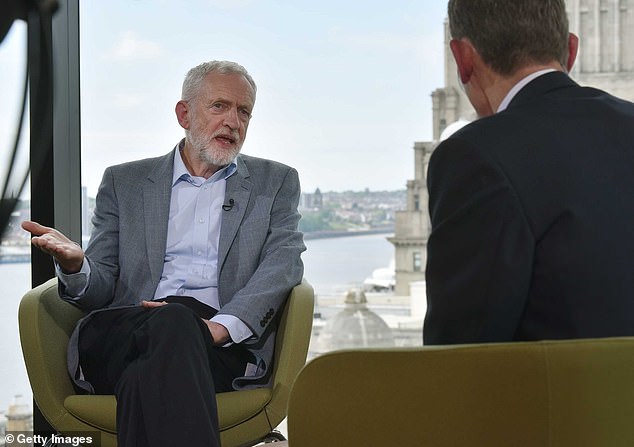 Jeremy Corbyn, pictured today, has insisted a second Brexit referendum would not be ‘disastrous’ and that freedom of movement would be part of any negotiations with the EU led by his party

The Opposition leader reiterated a second referendum should be an option on the table to respond to what emerges from Parliament, although added MPs have yet to reach agreement.

Mr Corbyn was pushed on what he meant when saying ‘option’, to which he replied: ‘We would want a vote in order to decide what the future would be, so yes.’

Asked if a second referendum would be disastrous, Mr Corbyn replied: ‘No, I don’t think anything like that is disastrous but I think it has to be an opportunity for public debate and public discussion, but it has to be about something and that’s why I have made the point clear about a customs union and trade and rights protection.’

Mr Corbyn said he is ‘not staunchly against freedom of movement’, before adding: ‘Our manifesto said the European system would not apply if you’re not in the European Union – but I quite clearly recognise there has to be a lot of movement of workers.

‘Ask any company in manufacturing or any other sector how much they need and rely on workers from Europe and indeed the other way around.’

Told there are countries outside the EU which have chosen to retain free movement, Mr Corbyn said: ‘That would be part of our negotiations with the EU.’ 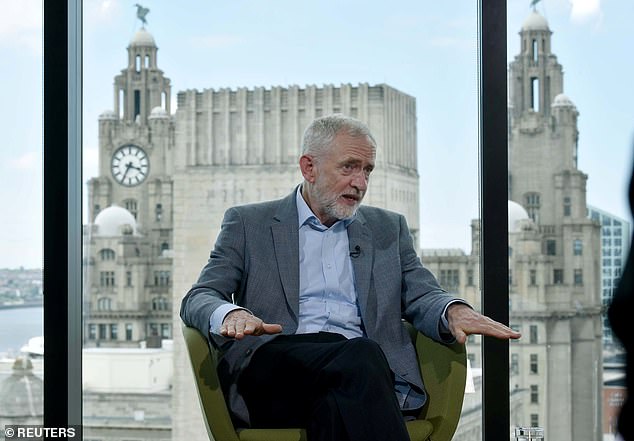 Mr Corbyn said he is ‘not staunchly against freedom of movement’, before adding: ‘Our manifesto said the European system would not apply if you’re not in the European Union – but I quite clearly recognise there has to be a lot of movement of workers’ 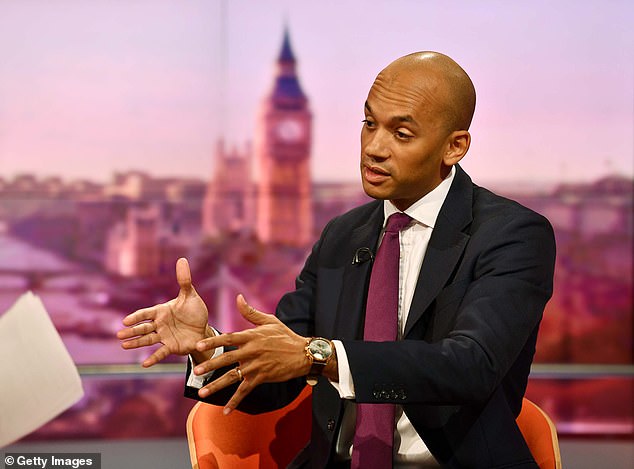 He added: ‘Part of our negotiations, the extent to which workers would transfer from one country to the other and what the needs for it would be.’

Talks between the Conservatives and Labour to try and break the Brexit deadlock collapsed last week, with Mr Corbyn reiterating they have ‘concluded’ and the Government ‘hasn’t changed its red lines’.

On the Withdrawal Agreement Bill, which is expected to be debated in the Commons in the week beginning June 3, Mr Corbyn said: ‘We haven’t seen whatever the new Bill is going to be yet but nothing I’ve heard leads me to believe it’s fundamentally any different to the previous Bill that’s been put forward, so as of now we’re not supporting it.’

Mr Corbyn earlier also played down the prospect of future indicative votes on Brexit proposals, noting: ‘I think it’s unlikely that it will actually take us much further forward. I think the Government has to come up with legislation through negotiation with the EU.’

The news comes as Change UK party spokesman Chuka Umunna called for the EU withdrawal process to be halted to allow time for a second referendum.

Mr Umunna said the country was facing a ‘national emergency’ with the prospect that it would ‘crash out’ of the EU on October 31 without a deal in place.

‘I have come to the view that we are now at the point where we are going to need to revoke Article 50,’ he told The Andrew Marr Show.

‘The way to resolve this impasse is to refer it back to the people. The simple fact right now is we do not have time to do a People’s Vote before October 31.’

He added: ‘What would be undemocratic is to impose a no-deal Brexit on this country which there is not a mandate for. All the polls show the majority of people want to remain in the European Union.

‘We are faced with a national emergency. No-deal is facing us in the face now and we have got to deal with it.’

Trump, at golf membership, intent on projecting he is arduous at...
Maintain the Mayo! Florida city is altering its identify...
Rain threatens to set off extra flooding and landslides as Lane drifts away from Hawaii
Socialite charged with smuggling python-skin fashionwear into Britain
Neighbours ridicule PETA as it says 1,000-year-old English village of Wool should renamed Vegan Wool
Trendy food alternatives that may or may not be better for you
Labour plans to bring in a 10-hour week to tackle climate change
Coronavirus: FTSE 100 opens down 2.5% by 148 on 5,536 points