Since her debut on reality TV, she’s landed endorsement deals and signed on with celebrity management.

But on Saturday, Married At First Sight’s Jessika Power proved that she’s just like any other local and headed to the polling booth for the Federal Election.

The 27-year-old appeared to go makeup-free, and dressed casually in a cropped fleece jacket, pink singlet and skinny-leg jeans. 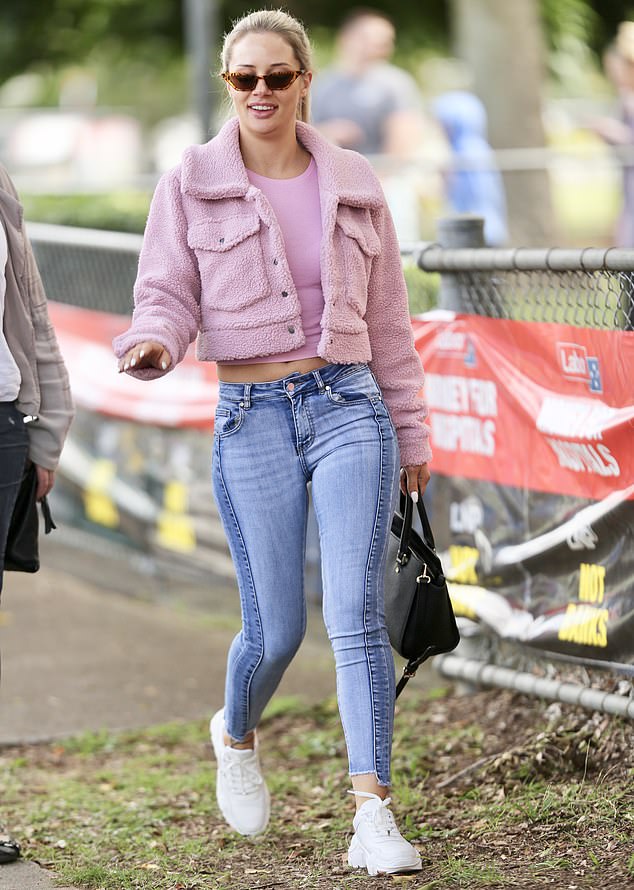 Casting her vote! Married At First Sight’s Jessika Power (pictured), 27, proved she’s just like any other Brisbane local on Saturday and headed to the polling booth for the Federal Election

Jessika kept light on her feet with pristine white Windsor Smith sneakers, and concealed her gaze behind tortoise-shell narrow-frame sunglasses.

She carried her belongings in a black Michael Kors handbag, and styled her blonde locks into an effortless ponytail.

Despite wearing little to no makeup, the former office worker managed to draw attention to her famously plump lips. 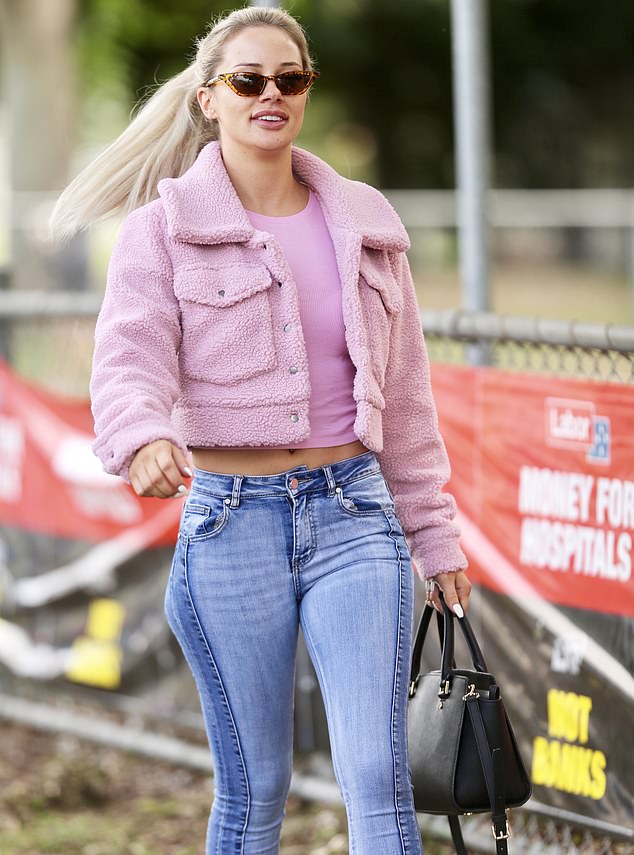 Walking with a purpose: The former office worker strode to the polling booth in a pink singlet, skinny-leg jeans, a cropped fleece jacket and white sneakers 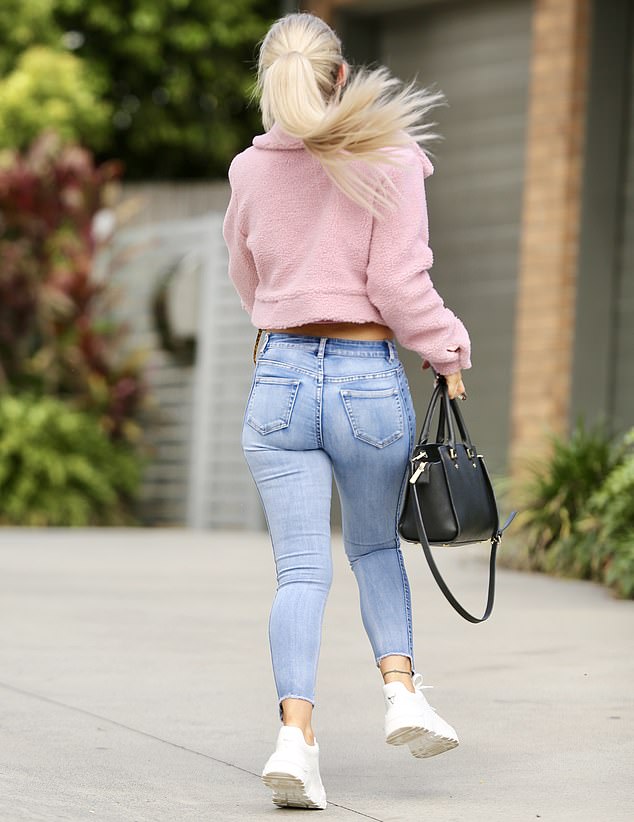 Feeling good: Jessika had a spring in her step as she made her way back to her car

After casting her vote, Jessika certainly had a spring in her step as she made her way back to her car.

The blonde appeared to not be letting ex-boyfriend Dan Webb’s recent comments affect her mood.

During an Instagram question and answer session on Friday, the 35-year-old tradesman likened her to a ‘cheetah’. 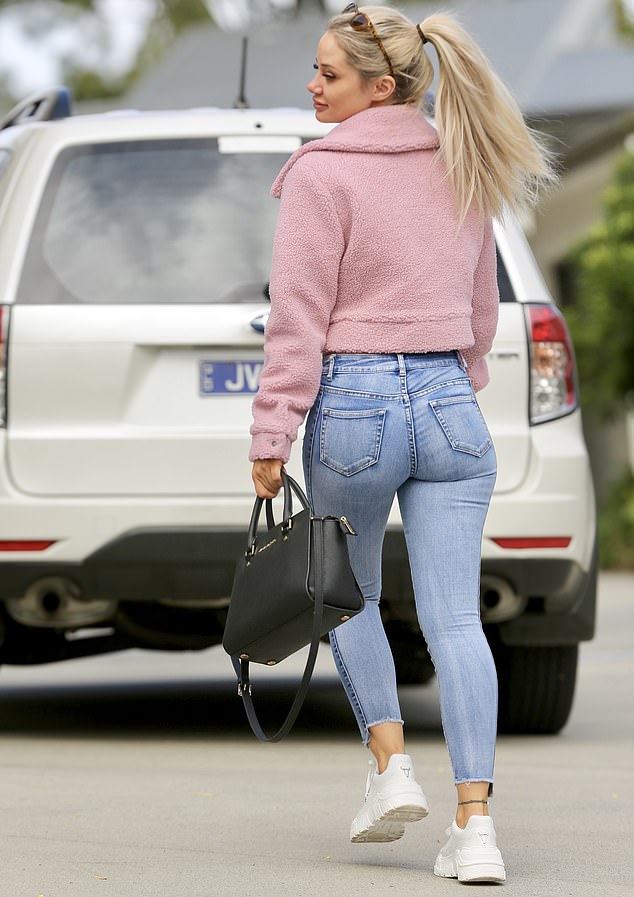 Facial features: Despite wearing little to no makeup, the newly-minted influencer drew attention to a false set of lashes and her famously plump pout 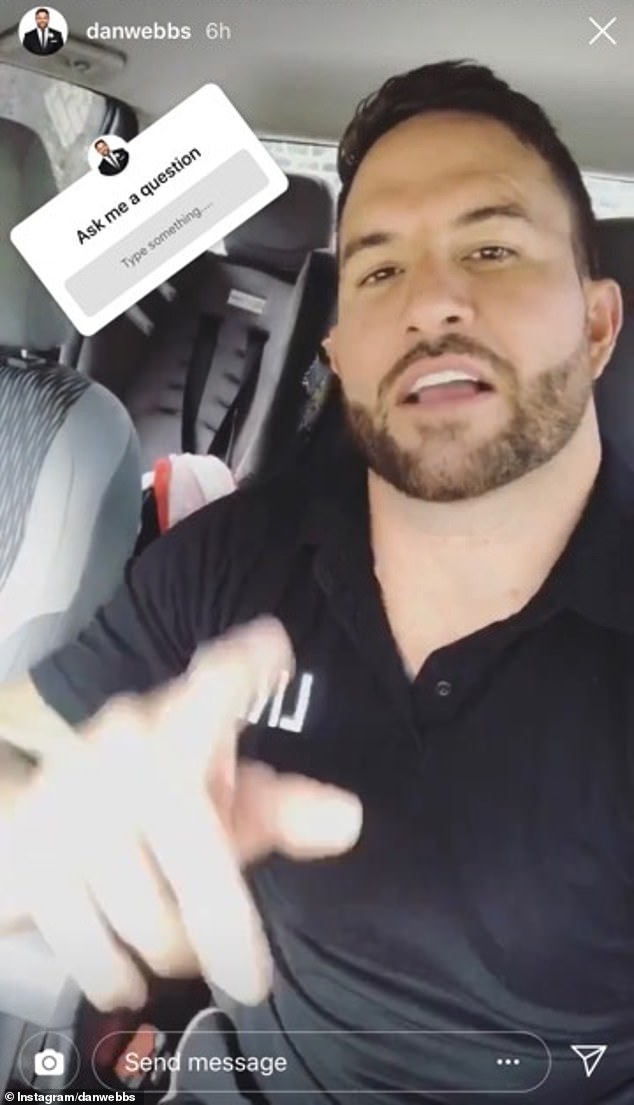 The ex: The sighting comes just hours after Jessika’s ex-boyfriend Dan Webb (pictured), 35, likened her to a ‘cheetah’ during an Instagram question and answer session with fans

It all began when Jessika told fans on Instagram Stories earlier this month, that while she did ‘some pretty snaky things’ on the show, Dan was by far the worst.

‘But in the aftermath and with everything that I’ve seen, I would have to say that Dan was one of the snakiest people on the show,’ she claimed.

In response, Dan told a fan on Friday: ‘That’s her opinion, so be it,’ before adding: ‘Look, if I had an opinion on her as an animal, I’d probably say a cheetah.’ 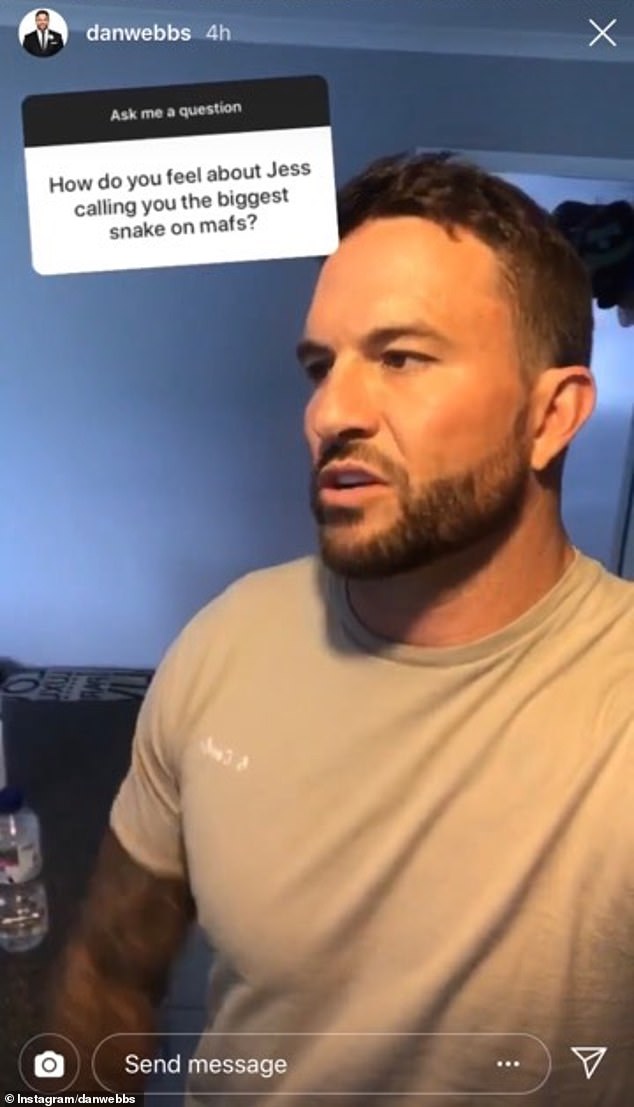 Over for good: The tradesman also told fans that there’s ‘no chance’ of a reconciliation