They jetted to Mykonos on a make-or-break holiday after the couple endured a turbulent time in their less than two-year marriage.

And Jacqueline Jossa and Dan Osborne proved that sunnier climes had done their union the world of good as they made a PDA-filled arrival home on Saturday.

The former actress, 26, and her ex star husband, 27, shared a passionate kiss as they walked to their home arm-in-arm before holding hands. 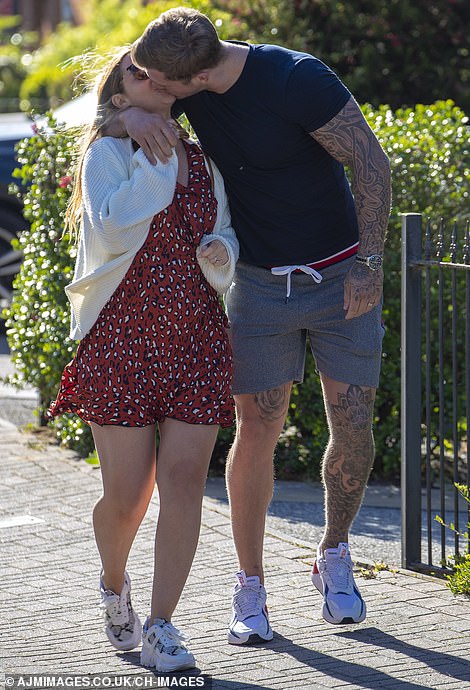 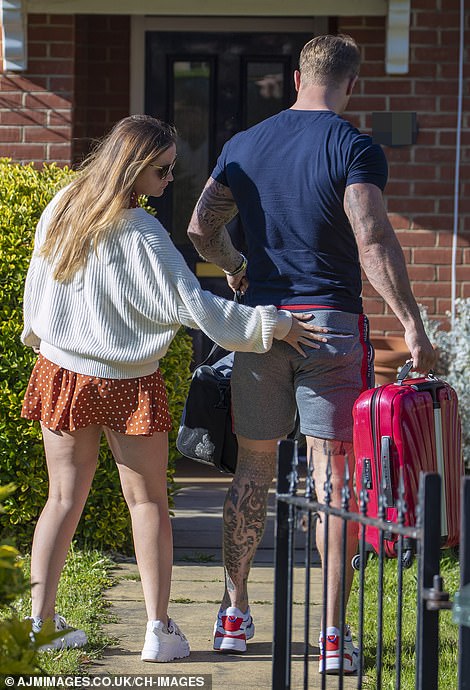 What drama? Jacqueline Jossa and Dan Osborne proved that sunnier climes had done their union the world of good as they made a PDA-filled arrival home on Saturday

Cracking identical smiles, Jacqueline and Dan were seen sharing a private joke as they approached their home.

Showing her passion for her husband, the brunette beauty was seen cheekily grabbing Dan’s derriere before the pair headed inside. 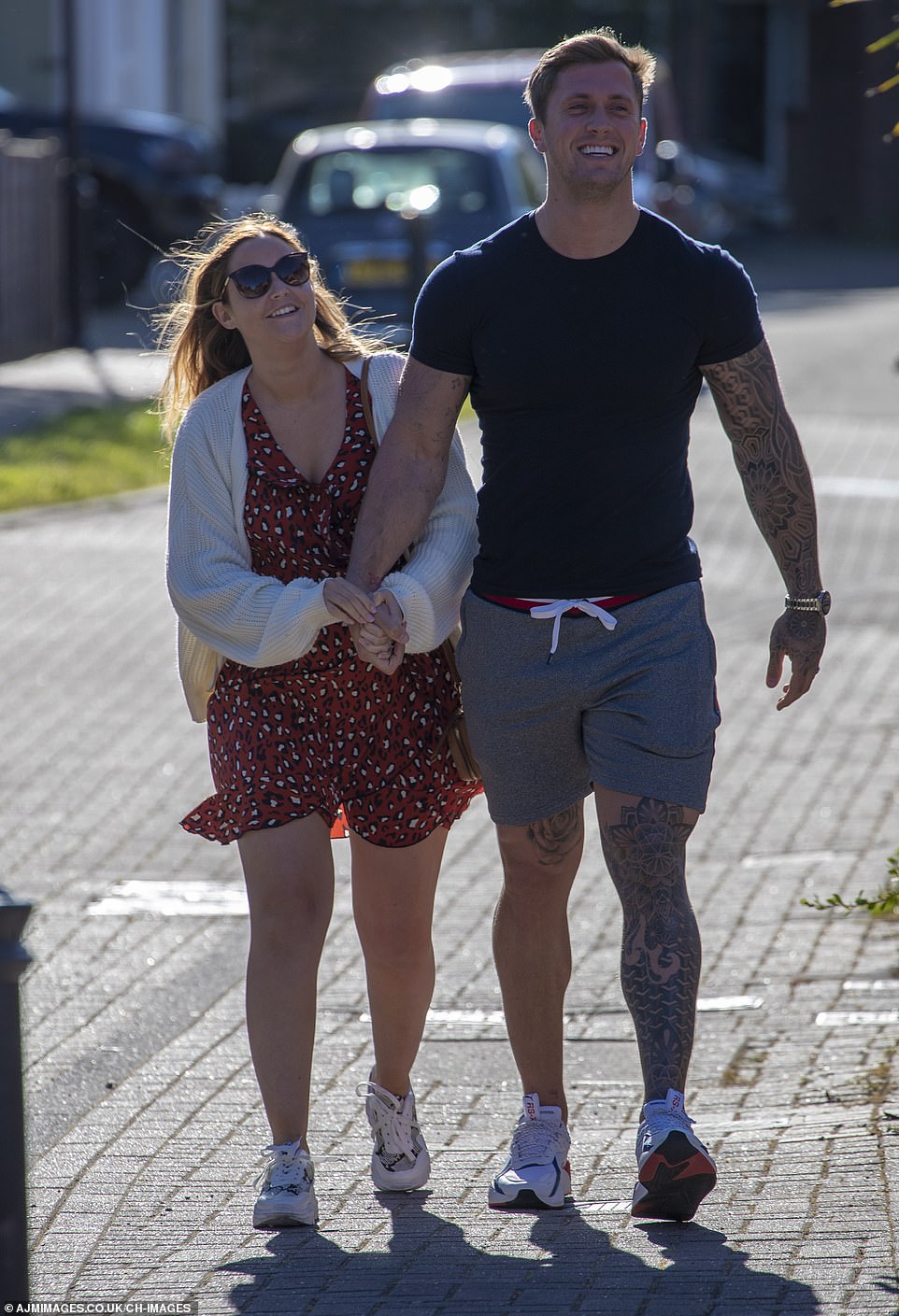 Smitten: The former EastEnders actress, 26, and her ex TOWIE star husband, 27, looked delighted  they walked to their home holding hands 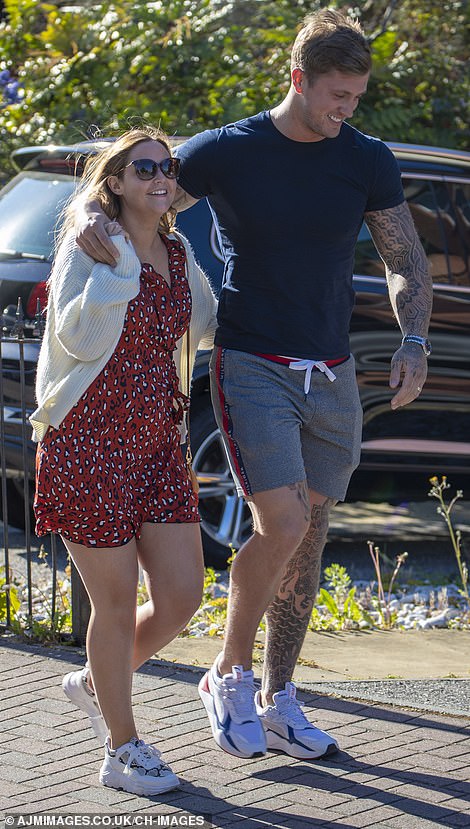 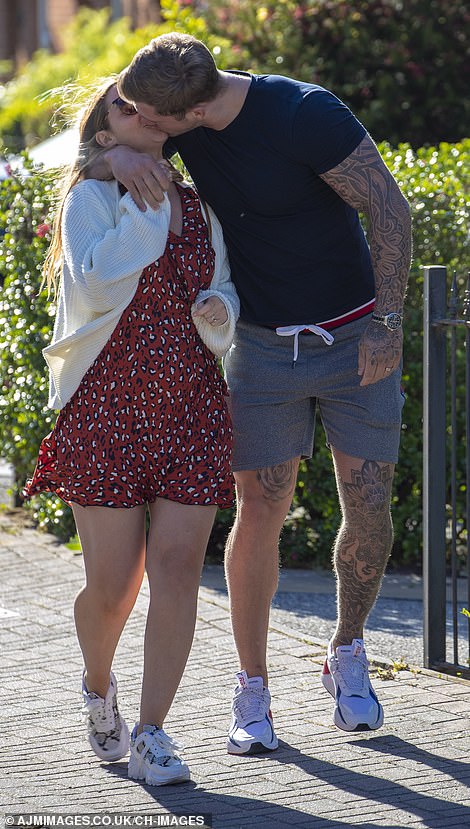 PDA: Cracking identical smiles, Jacqueline and Dan were seen sharing a private joke as they approached their home before kissing 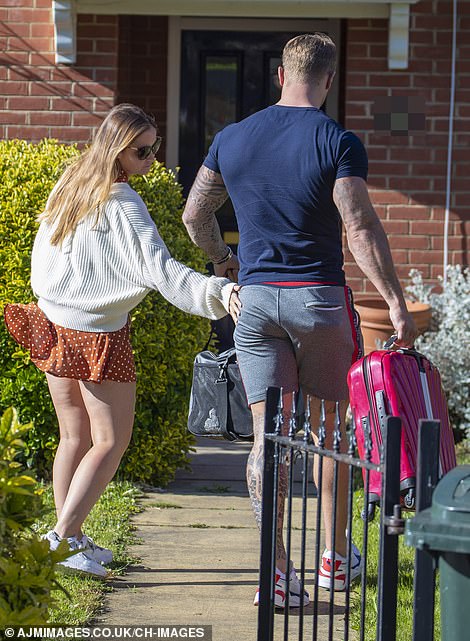 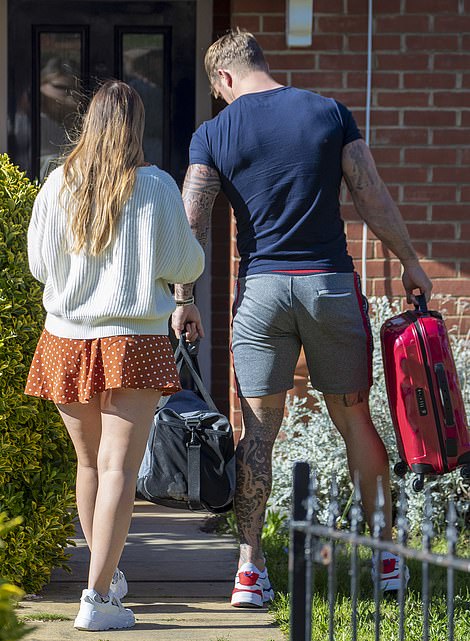 Hands-on: Showing her passion for her husband, the brunette beauty was seen cheekily grabbing Dan’s derriere before the pair headed inside

Keeping the look casually cool, she slipped on a white cardigan and completed her off-duty ensemble with white trainers.

Her caramel flecked brunette tresses were styled in loose waves while her sparkling eyes were hidden behind a pair of oversize shades.

A beaming Dan  showcased his hunky. tattooed frame in a navy t-shirt, paired with slate grey shorts and trainers.

The chivalrous star was seen carrying the suitcase as the couple alternated between walking along and kissing.

The married pair, who tied the knot in 2017, escaped normality as they left their children Ella, four, and Mia, 10 months, at their love nest while the duo tried to rekindle the spark in their marriage.

It is their first romantic break away in a long time for the couple, shortly following their family getaway at a caravan park with their girls last weekend.

Tensions rose between the pair once again when Dan returned home to face the music after partying with a blonde PA in Los Angeles in recent weeks.

Osborne was photographed on a night with Steph Ledigo which led to rumours of him cheating on his wife; however, both parties denied they are anything more than friends.

Icy pictures of Dan and Jacqueline’s frosty reunion emerged, leaving their fans fearing for their relationship.

However, the former soap star reassured her followers she was still with Dan after being quizzed about the status of her marriage on Instagram. The fan asked: ‘Are you and your husband together, ur [sic] kids are so cute.’ She simply replied: ‘Yep.’

During a recent interview with , Dan said he loves his wife but he admitted there is a ‘really bad tension’ in the house before confessing to having ‘made mistakes’ in the past.

The reality star admitted he has been left questioning whether he should go on a boys holiday he has booked, due to the fragile state of his relationship with his wife.

However, defiant Dan told the publication: ‘Going on a five-day trip with my friends doesn’t make me any less of a husband or father.’ He clarified Jacqueline could take a girls’ holiday whenever she likes.

His most recent trip caused ructions in their marriage as he admitted furious Jacqueline sent screenshots of him and Steph together. He admitted: ‘I’m not scared [of her leaving]. It’s got to the point where I’ve had enough too.’