Former Nicolas Sarkozy is to go on trial for corruption, seven years after leaving office.

His bid to avoid court action for running an allegedly criminal election campaign was rejected by the Constitutional Council in Paris yesterday.

The 64-year-old now faces imprisonment if found guilty of offences including fraud and false accounting during his failed attempt to seek re-election in 2012. 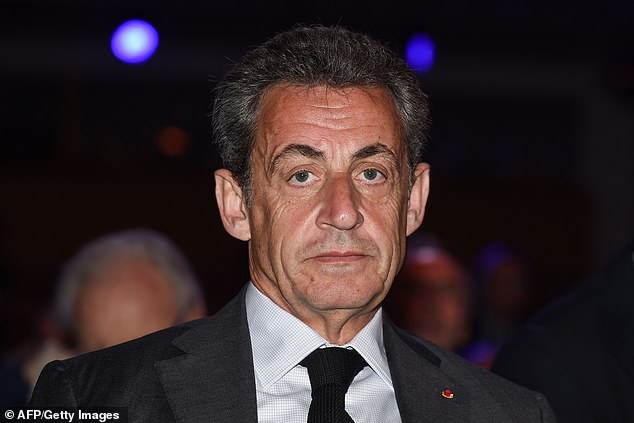 A company working for him is said to have used a vast system of false accounting to spend at least £33million on his campaign.

The legal limit was £18.5million. Mr Sarkozy has said he is innocent and knew nothing of any corruption.

Sarkozy had appealed to the council invoking the ‘double-jeopardy’ principle because he had already been convicted in 2013 and ordered to pay more than 360,000 euros for breaching campaign-finance rules.

But in its decision on Friday, the council ruled that the penalty Sarkozy was ordered to pay in 2013 was for different violations and different amounts than the fraud he and 13 co-defendants are now being investigated for.

The case now hinges on the country’s top appeal court, the Cour de Cassation, where Sarkozy, 64, has lodged a separate appeal.

If that too is rejected, the case will return to prosecutors who will decide whether he should be tried. 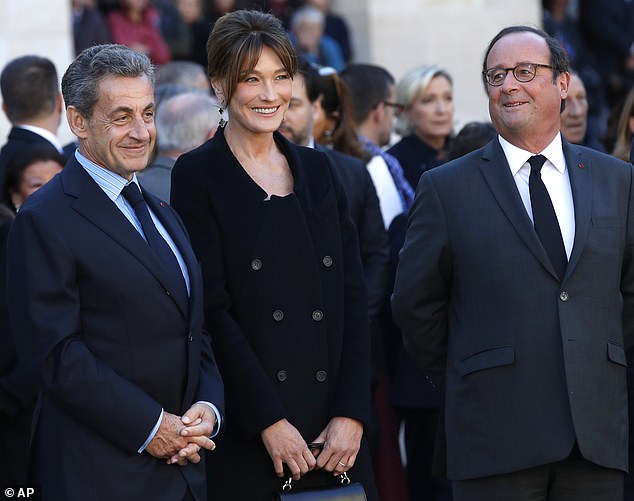 The 64-year-old, pictured with his wife Carla Bruni and fellow former president Francois Hollande, faces imprisonment if found guilty of offences including fraud and false accounting during his failed attempt to seek re-election in 2012

If he is, Sarkozy would be the first French president in the dock since Jacques Chirac, who preceded him at the helm of the country from 1995 to 2007.

Chirac was convicted of misusing public funds and given a suspended jail term in 2011.

The so-called ‘Bygmalion’ case against Sarkozy centres on accusations that the former president’s political party, then known as the UMP, worked with a friendly public relations firm to hide the true cost of his re-election bid. 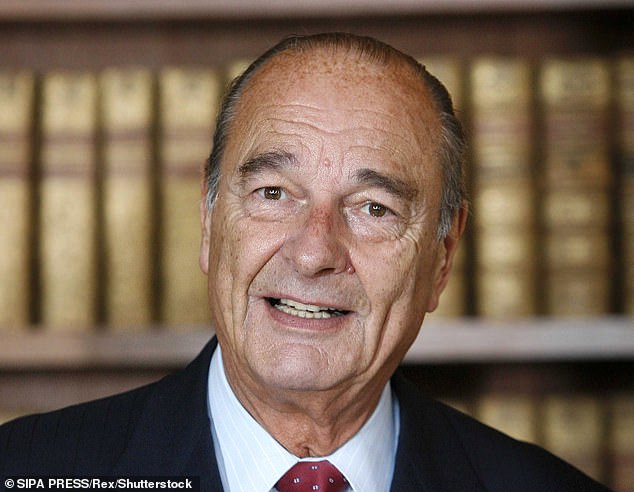 If Mr Sarkozy is tried, he would be the first French president in the dock since Jacques Chirac, who preceded him at the helm of the country from 1995 to 2007

Even though investigating magistrates found no evidence that Sarkozy set up the fraudulent system, took part in it or was even informed about it, they considered it unlikely that he had left it solely to staff to take decisions on such matters.

Sarkozy has denied any wrongdoing.

‘We can only be disappointed by this decision,’ Sarkozy’s lawyer Emmanuel Piwnica told LCI TV station.

After five years in power, Sarkozy was defeated by Socialist Party candidate Francois Hollande in the 2012 election.

Sarkozy has since faced a series of investigations into allegations of corruption, fraud, favouritism and campaign-funding irregularities.

He has since retired from politics, after losing in a primary election bid to become his party’s candidate for the 2017 presidential election.