Since she stepped into her royal role last year, there have been rumours that the can be ‘difficult’ to work with.

But her friends have rallied in her defence – and insist that Meghan is certainly no diva.

They say she is being misrepresented and doesn’t deserve the ‘negative’ headlines. They have also revealed that she has longed to be a mother for years. 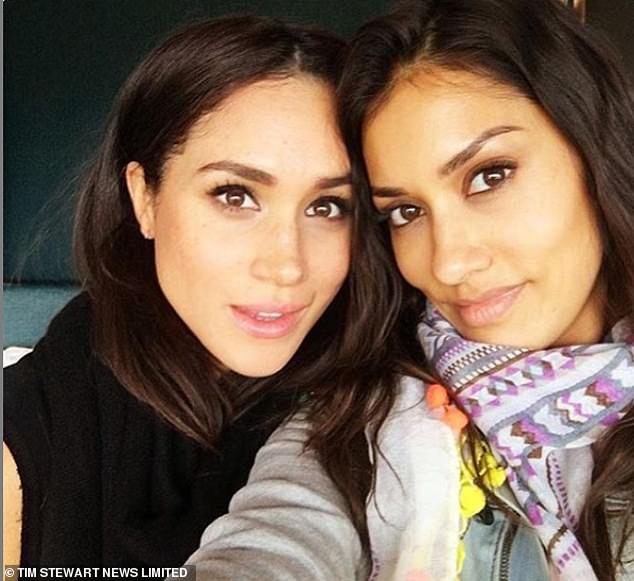 Janina Gavankar, right, who is a close friend of the Duchess of Sussex, left, claims the former Suits actress is not ‘a diva’ and the new royal has been looking forward to motherhood for years 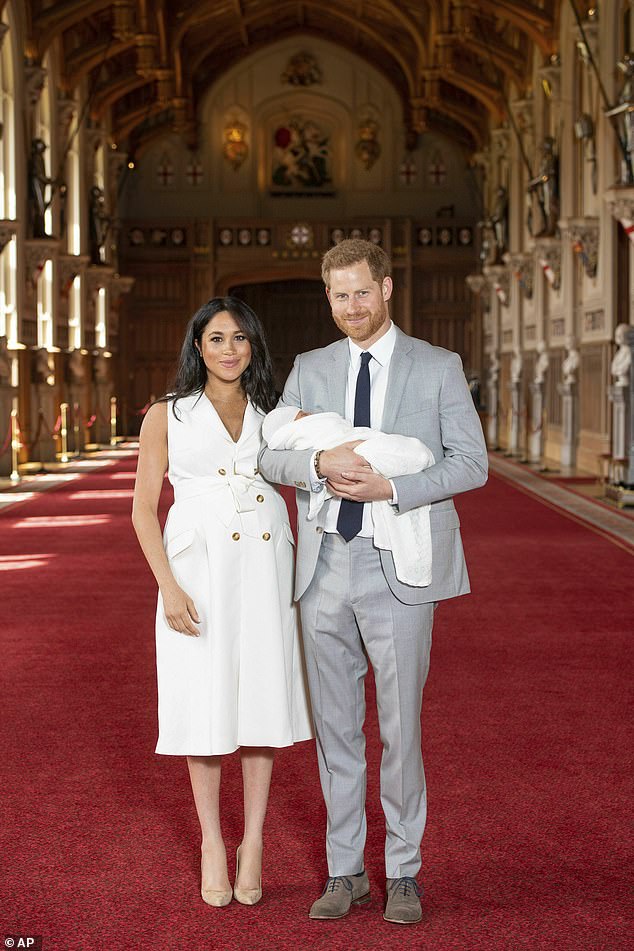 Megan, pictured with Prince Harry and their newly born son Archie, has cause delight, according to Miss Gavankar, because ‘there are still a lot of us who didn’t even grow up with dolls that look like us’

‘Meghan and I have talked about her being a mother for over a decade. She’s always wanted to be a mom,’ said actress Janina Gavankar. She added the birth of baby Archie last week was ‘hugely significant’ due to his historic place as a mixed race child in the Royal Family.

‘There are still a lot of us who didn’t even grow up with dolls that look like us,’ said Miss Gavankar, who is half Indian. ‘So, to have the Royal Family bring a child of colour into the world, it’s pretty awesome.’

Miss Gavankar was speaking to Gayle King – one of America’s highest paid broadcasters – on a US television programme to be broadcast tonight. 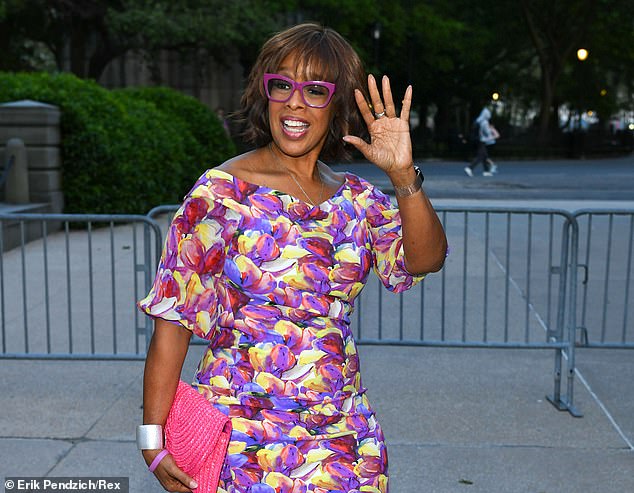 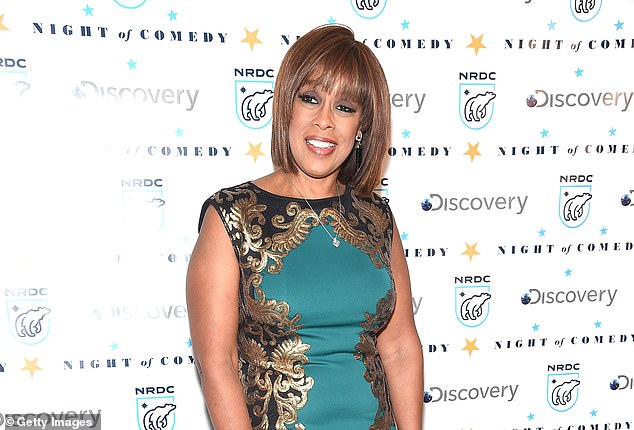 Miss King was reportedly a guest at Meghan and Harry’s new home at Frogmore Cottage, Windsor, on the weekend before the baby’s birth

Miss King is a close friend of the royal couple and was a guest both at their wedding and the duchess’s star-studded baby shower in February.

She also interviewed Daniel Martin, Meghan’s long-term friend and make-up artist, who told her: ‘Their child is going to represent what the world is now. It’s the dawn of a new generation.’

He added that Prince Harry is ‘so good with kids’ and said of the Sussexes: ‘I feel like this is their time to really share who they are and what they stand for.’

He added: ‘When they were doing the family portrait after the wedding with everybody, he was on the floor playing with the kids. And that’s when I knew he was going to be the coolest dad.’

The 37-year-old duchess was surrounded by her American friends including Mr Martin at her lavish baby shower in New York. They are highly protective of her in extracts of the interview released by the CBS channel, firmly rebutting widespread reports that she is difficult with palace staff.

‘What’s so frustrating is that you hear these stories and there’s no truth to them,’ said Mr Martin.

‘It’s not the same person. In the years I’ve known her, the years I’ve worked with her, she’s never had a diva fit, never.’ He became tearful as he added: ‘I think because I know her so well, and I know she doesn’t deserve all this negative press.’

Miss Ganvankar said her royal friend avoided her media coverage. ‘She doesn’t read the bad or the good because… she knows the metrics that you have for your own life cannot be based on a headline that somebody else wrote,’ she said.

Miss King was reportedly a guest at Meghan and Harry’s new home at Frogmore Cottage, Windsor, on the weekend before the baby’s birth. Sources said it was a personal visit and she didn’t bring a camera crew.

Ingrid Seward, editor of Majesty magazine, said the Palace system could be tricky. ‘You’ve got 400 staff looking down their noses and saying, “Oh no, you don’t do it that way”,’ she said.

Gallagher, Keller leads Royals to series split with Tigers
Ex-Arsenal chairman Hill-Wood - who appointed Wenger - dies aged 82
Kate Middleton and Prince William grin and share a joke at Royal Variety Performance
The perils of the Love Island pout
JAN MOIR: Meghan's got all she wanted and Harry's given up so much
Coronavirus UK: Government's contact tracing site crashes
Moment gunman casually walks down street with fake pistol
Killing Eve's Sandra Oh insists the UK is 'behind' the U.S. in terms of racial diversity