The national broadcaster’s webcast of the  Song Contest semi-final in Tel Aviv was hacked with images of explosions over the city, which it blamed on Hamas.

As the semi-final of the European music competition got underway the internet broadcast was interrupted by footage showing missiles exploding on the streets and menacing music played in the background.

Kan said hacking of the website did not affect the standard television relay of the show on Tuesday night in Israel or abroad.

Israel’s hosting of the 2019 version of the European music competition comes as fierce fighting raged in the Gaza strip earlier this month with Hamas. 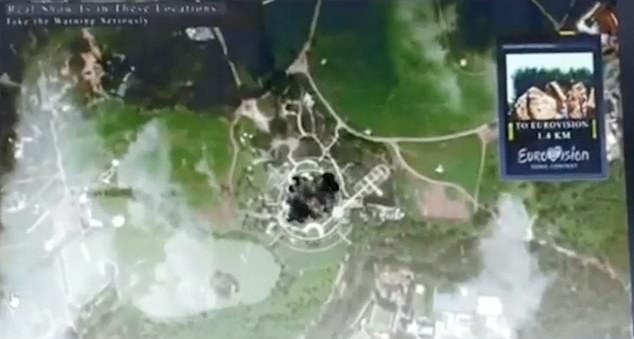 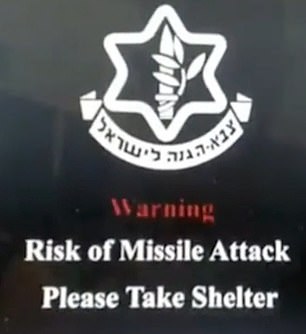 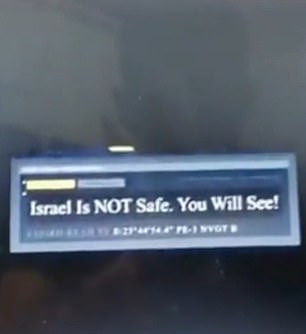 Kan played down the hack, noting that the evening ended without further incident as Greece, Belarus, Serbia, Cyprus, Estonia, Czech Republic, Australia, Iceland, San Marino and Slovenia made it through to Saturday’s finals.

‘We know that at a certain stage there was an attempt, apparently by Hamas, to commandeer our digital broadcast,’ Kan CEO, Eldad Koblenz, told Israel’s Army Radio.

‘But I am happy to say that within a few minutes we managed to assume control over this phenomenon.’

Hamas, a Palestinian Islamist group that controls the Gaza Strip, had no immediate comment.

Earlier this month it engaged in three days of fighting with Israel that included hundreds of rocket attacks from Gaza and Israeli air strikes in the enclave.

This year’s competition is being held in Tel Aviv, and while the finals will not begin until after the Sabbath ends at sundown on Saturday, rehearsals and production preparations are expected to take place earlier in the day. 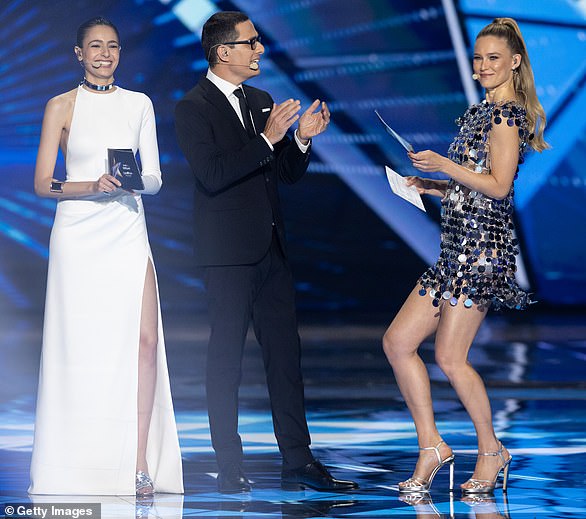 Lucy Ayoub, Erez Tal and Bar Refaeli hosting the semi-final of the Eurovision Song Contest in Tel Aviv on Tuesday

‘They are also forcing many Sabbath-observant Jews to work on Saturday, and we can’t foil their scheme, and this (desecration) is a danger to our presence here in the Holy Land,’ the 91-year-old spiritual leader said in the letter circulating on religious media.

‘We must call out and intone and beg God to protect us,’ Kanievsky said, calling on followers to convene in synagogues and religious colleges at midnight on Friday ‘for prayers and saying atonements and asking for mercy’.

On Tuesday, Prime Minister Benjamin Netanyahu assured the leaders of ultra-Orthodox political parties that Eurovision was an international event ‘not controlled by the government’.

‘The Israeli government does not seek to desecrate the Sabbath, and most of the participants in the event are from abroad and not Jewish,’ Netanyahu wrote in a letter to them.

The Sabbath was said to be one of the reasons Eurovision organisers and Israeli hosts decided against holding the event in the religiously conservative city of Jerusalem.

Palestinians and their foreign supporters have called, so far fruitlessly, on countries to shun the Tel Aviv songfest as part of wider efforts to isolate Israel internationally.

Many boycott calls have targeted Madonna, who arrived in Israel on Tuesday, ahead of the American pop star’s guest performance at the Eurovision final.

The second semi-final is on Thursday. 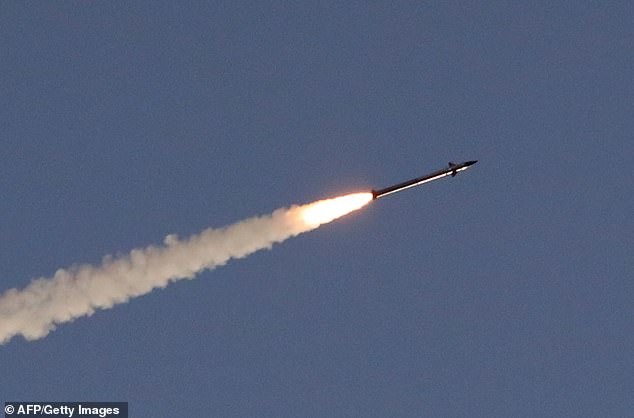 Earlier this month missiles flew through the skies over Israel as tensions flared with Hamas in the Gaza strip (pictured: a missile is fired from Israel’s Iron Dome air defence system along the Israeli-Gaza border on May 5, 2019) 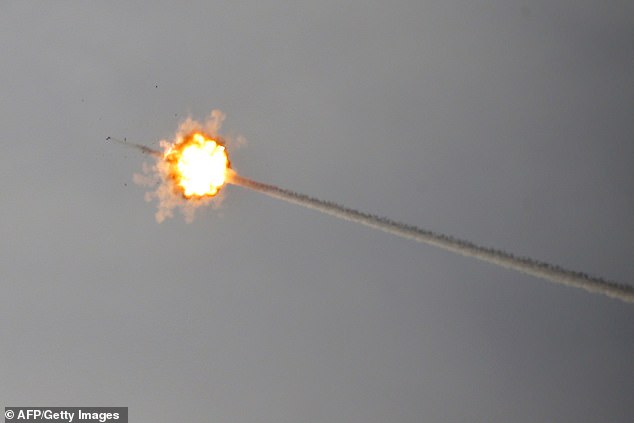 A missile fired from Israel’s Iron Dome air defence system intercepts a rocket fired from Gaza on May 5, 2019 along the Israeli-Gaza border

The European Broadcasting Union, which oversees the contest, did not have a number to hand for worldwide viewers of Tuesday’s show. But an EBU spokesman said that, last year, a total of 186 million people watched both semi-finals and the finals.

Kan said on Wednesday that an Israeli truck driver injured a day earlier while unloading technical equipment in the parking lot of the Eurovision venue had died.

‘Our thoughts and condolences go to his family,’ the broadcaster said in a statement, adding that it was working with authorities to ensure safety at the competition.

Shane Warne doubles down on Waleed Aly calling him ‘conceited cretin’
Go Westeros! Game of Thrones locations are to be thrown open to the public in the new year
Waleed Aly demands the date of Australia Day is changed
New mother, 34, found dead after going missing for seven hours in hospital when she took wrong turn
Angelina Jolie says she's not ruled out move into politics
After five husbands, ex-newsreader Jan Leeming, 77, reveals her libido is still there
Anti-Brexit campaigner Gina Miller vows to return to court to stop attempt to suspend Parliament
In or out Jeremy? Labour leader is asked FIVE TIMES if he wants to remain in the EU or not