Former Vice President reminded New Hampshire voters on Monday that President once called their state a ‘drug-infested den’ as he repeatedly criticized the president but vowed not to get into a ‘mud-wrestling match’ with Trump.

‘This president every day says something hateful and demeaning,’ Biden told supporters at the Manchester Community College.

He reminded them the president called their state – which is in the top five for the highest rates of death due to opioid addiction – ‘a quote drug infested den,’ which brought boos from the crowd. 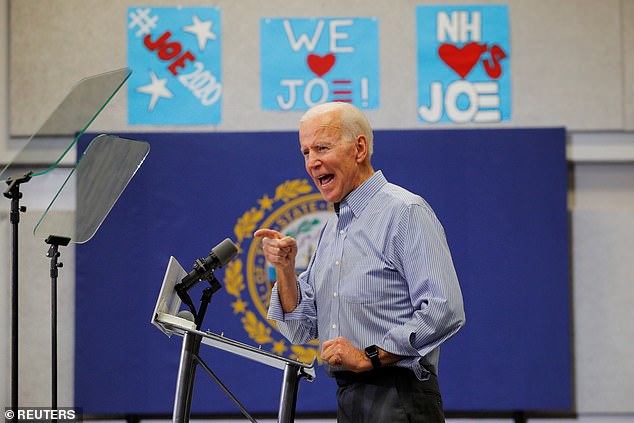 Trump used the description in a 2017 call with the president of New Mexico.

New Hampshire politicians were outraged at the time. Additionally, Trump won the state in the 2016 Republican primary but lost it to Hillary Clinton in the general election.

‘He just doesn’t get it,’ Biden said on Monday.

And he warned them repealing the Affordable Care Act – also known as Obamacare – would make the opioid crisis worse.

‘One of the worst things you can do to worsen the drug crisis is repeal the ACA and Medicaid expansion,’ the former vice president said.

Biden wrapped up his first day in the important primary state with a fiery speech that directed criticism after criticism at Trump while describing Obama ‘a presidency, literally, that our children could look up to.’

‘There wasn’t one single solitary hint of scandal for all eight years,’ Biden said.

Biden and Trump have been going mano-a mano since the former vice president officially entered the 2020 presidential race.

The former vice president still has to win the Democratic nomination for the right to take on Trump in the general but he has directed his fire at the president from Day One.

And he pledged not to attack his fellow Democrats.

‘We got a great group of candidates running. I respect them all and you’ll never hear me say a negative thing about a Democrat running for president,’ Biden said.

Trump, meanwhile, has taken to Twitter to give Biden a derogatory nickname – one of his favorite weapons to wield against political rivals – calling him ‘Sleepy Joe’ and ‘Sleepy Creepy Joe.’

‘Looks to me like it’s going to be SleepyCreepy Joe over Crazy Bernie. Everyone else is fading fast!’ Trump wrote on Twitter Friday in his take on the Democratic field. 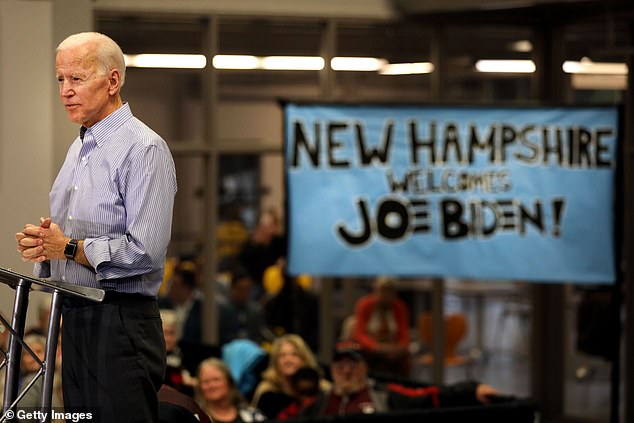 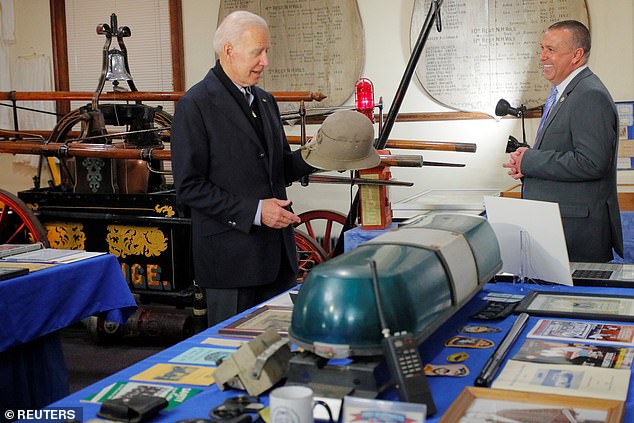 Biden has hit back.

During a campaign stop in South Carolina earlier this month, he called Trump a ‘clown.

‘There’s so many nicknames I’m inclined to give this guy,’ he said to laughter in the room. ‘You can just start with clown.’

But his wife, Jill Biden, later said she told off her husband for his name calling.

‘I spoke to him about that,’ she told NBC News last week, citing advice Michelle Obama gave during her speech at the 2016 Democratic National Convention. ‘Remember what Michelle said: When they go low, we go high.’

In New Hampshire on Monday night, Biden vowed ‘not to get down in that mud-wrestling match’ with Trump.

‘Everyone knows who Donald Trump is. I’m not going to get down in that mud-wrestling match. Everybody knows who he is. We got to let him know who we are,’ the former vice president said.

But his pledge didn’t stop his repeated attacks on Trump.

‘We know that limited to four years, this president and his administration will come down as an aberrant moment in American history. But given eight years this president will fundamentally change the character of the nation forever,’ Biden warned the crowd.

He used his criticism of the president to remind them ‘you know in your gut that this is the most important election you’ve participated in.’ 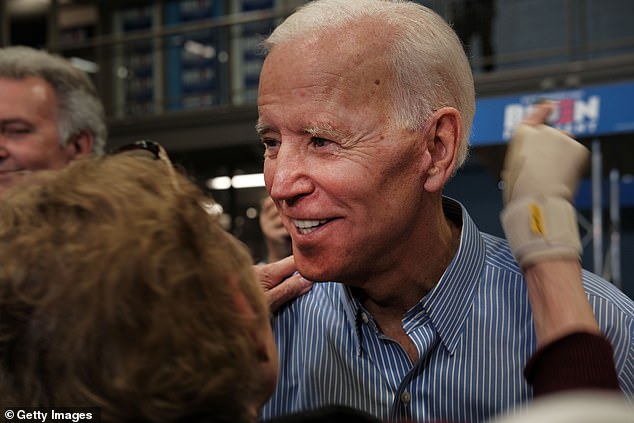 Biden will attend a house party in Nashua, N.H., on Tuesday 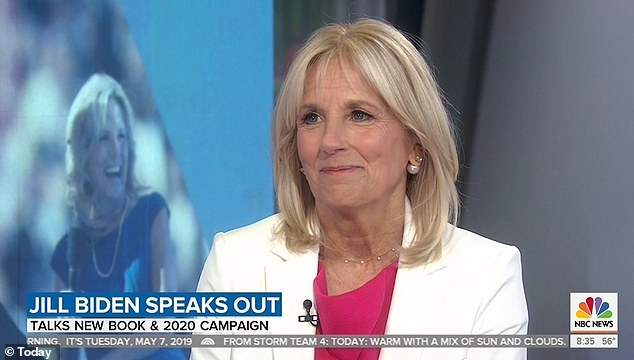 Biden charged Trump with villainizing people to rally his base and said – in contrast – he would be president for ‘all Americans.’

‘It’s about villainizing people. That’s never been who we’ve been. That’s just his base. I’ll be president for all Americans. Not just the base,’ he said.

It was Biden’s second speech of the day.

He began his visit to New Hampshire with a speech to supporters at a pizza parlor in Hampton, where he took questions from the crowd before posing for selfie after selfie.

He then visited the Somersworth Historical Society & Museum, which had numerous displays on the community’s police, fire and emergency response departments.

Biden also brought up the story of bring up baseball Hall of Famer, LeRoy ‘Satchel’ Paige, an American Negro League baseball star who reached the major leagues in his 40s and was known for his longevity.

‘You know what Satchel Paige said. Satchel Paige didn’t make the majors until he was 45. Probably maybe the best pitcher in all of baseball history. He pitched a win against the Cubs at age 47. You guys in the press went into the locker room, and said, ‘Satch, Satch, 47, no one has ever pitched a win at 47. How are you feeling?’ ‘Boys, I don’t look at age that way.’ ‘How do you look at age? I look at it this way, ‘How old would you be if you didn’t know how old you were,” Biden recalled.

Biden will be 78 when sworn into office if he wins the 2020 president election.

He’ll attend a house party in Nashua, N.H., on Tuesday.

AGES OF THE 2020 CANDIDATES ON INAUGURATION DAY

As of May 9, 2019 there were 24 declared major party candidates in the 2020 presidential election, including 22 Democrats and two Republicans.

Here is the age each of them would be on Inauguration Day 2021 if he or she were to win:

The adventure game hidden inside Google Search: How to play it on your browser
The Trump Administration is relaxing regulations on self-driving cars
Instagram is DOWN: Users around the world unable to access Facebook's picture sharing site
New mum, 35, was blindsided and on maternity leave when she diagnosed with Parkinson's disease
Trump slams telecom giant Huawei for hiring former Obama cyber security official as lobbyist.
Red Sox star David Ortiz's condition upgrades to good
Murdered tech boss Tushar Atre may have been involved in 'black market deals' in cannabis company
People living in the cities hardest-hit by coronavirus have mostly stopped using public transit