A woman was beaten to death with an electric scooter Monday afternoon, according to police.

Authorities said the deadly attack happened around 12.30pm Monday near the intersection of Odispo Ave and 64th St in Long Beach, California.

The unidentified woman, said to be in her 50s, was walking down the sidewalk along Odispo Ave when she was confronted and attacked by a man. 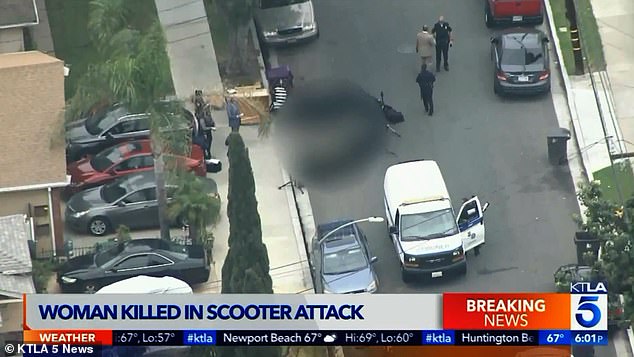 The deadly attack happened near the intersection of Odispo Ave and 64th St in Long Beach. A helicopter news camera captured footage of the gruesome scene. The victim’s body was blurred. 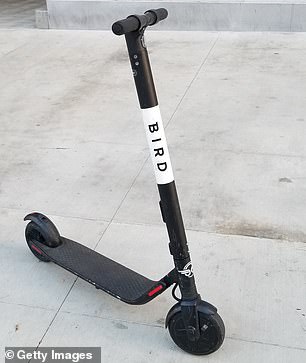 Authorities say an unidentified female victim, believed to be in her 50s, was beaten to death with a Bird electric scooter like the one in this file picture around 12.30 pm Monday

A bystander tried to stop the attacker, but the suspect continued the assault after picking up a nearby electric Bird scooter, which was used to bludgeon the female victim to death, according to the .

reports that the scooter broke in half during the attack.

The man they apprehended was buying a pack of cigarettes from a local convenience store when he was approached by police, who found a gun in his backpack, according to a witness interviewed by .

Investigators don’t think the attacker and the victim knew each other.

Bird, the company that made the scooter used in the attack, released a statement to Fox29 saying it was fully cooperating with investigators.

‘We are deeply saddened by this act of violence and our hearts and thoughts go out to the victim and her family. We will work with local law enforcement to help with the investigation into this tragedy,’ the company said.

Long Beach started its electric scooter ride share pilot program on July 2, according to the .

The program was extended in November and expanded in February. 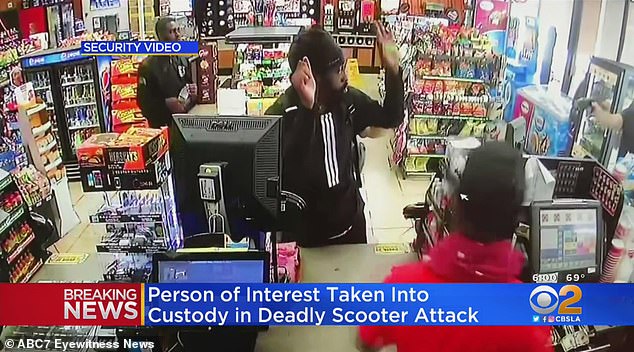 Surveillance footage captured the moment Long Beach police took a male ‘person of interest’ into custody early Monday evening. The man they apprehended was buying a pack of cigarettes from the local convenience store when he was approached by cops 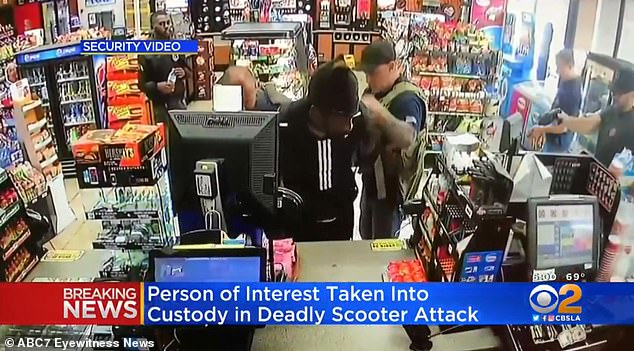 Newly uncovered letters from SYLVIA PLATH reveal second her husband Ted Hughes’s mistress referred t...
Sister of man who claims he was sexually assaulted by George Pell in a swimming pool fires back
Meghan’s Canadian ‘fixer’ is responsible for her and Harry hiring their £140,000-a-year press chief
Nurse, 36, accused of raping incapacitated, disabled patient is fighting STD and HIV tests
Rescue crews track down missing toddler after 12-hour search by following the sound of his GIGGLES
Lindsey Graham claims Trump whistleblower 'interacted' with Adam Schiff
Chinese partners are BANNED from US rescue flight from Wuhan as the death toll hits 106
Surgeon General Jerome Adams: This will be 'hardest and the saddest week of most Americans' lives'