fans were left trying to capture Green Bay Packers quarterback Aaron Rodgers’ brief cameo as he made his acting debut on the final season of the popular drama.

The 35-year-old, who has been dropping hints about his upcoming performance for the HBO hit, proved his flair for the dramatic arts as he appeared ready for battle in Sunday’s episode of the highly-anticipated drama.

As fans tried to spot his fleeting performance, the NFL star was seen taking to the screen dressed as a soldier for Cersei Lannister’s Golden Company at King’s Landing.

Rodgers later took to Instagram to celebrate his starring role in the drama with the message: ‘It was just for a few seconds, but I’ll always be thankful to have been on the penultimate episode of @gameofthrones.’ 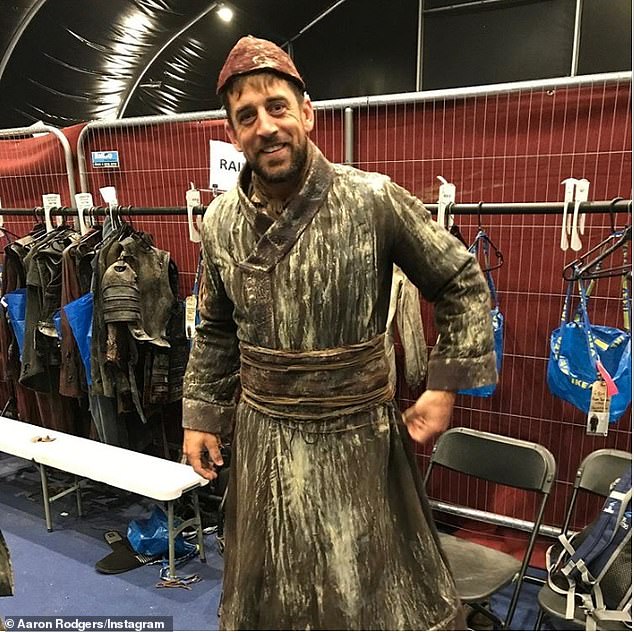 Earlier today Green Bay Packers quarterback Aaron Rodgers, 35, posted a picture on his Instagram where he appeared to be dressed as his character. His message read: ‘It was just for a few seconds, but I’ll always be thankful to have been on the penultimate episode of @gameofthrones’ 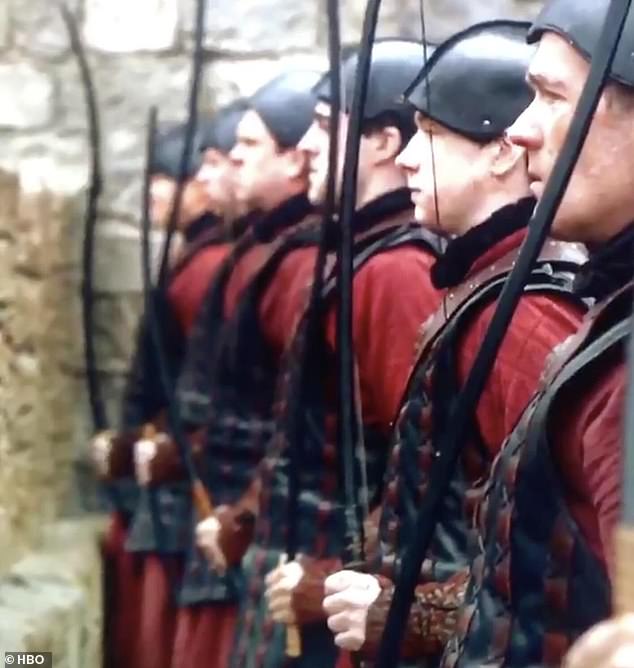 The NFL star appeared on screen dressed as a soldier for Cersei Lannister’s Golden Company at King’s Landing. Fans also speculated he was the character being blown up. His character is also thought to be the one who is blown up in a later scene 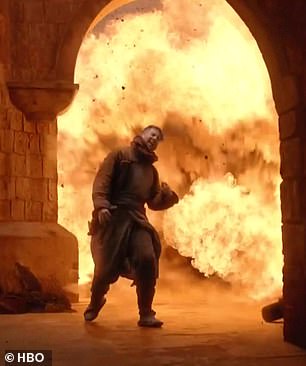 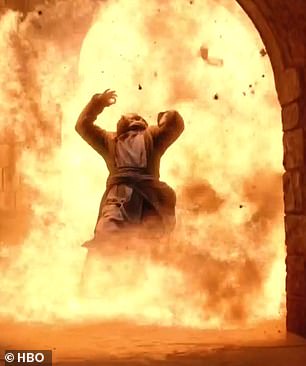 During his brief cameo, the Rodgers was seen stood alongside a group of soldiers and appeared ready to fight the approaching army led by the fierce Daenerys Targaryen.

In a later scene, the character believed to be played by Rodgers is seen falling to the ground after being struck by a raging fire.

Rodgers’ appearance was not missed by avid viewers who immediately took to social media to share their thoughts on the amusing guest appearance.

Twitter user Jason B. Hirschhorn wrote: ‘Not totally conclusive, but it seems like this was Aaron Rodgers’ cameo on Game of Thrones tonight.’

While another user, Big Cat, wrote: ‘I hope everyone recognizes what’s at stake tonight in terms of Gifs if Aaron Rodgers kills someone or gets killed.’

PackerDriven wrote: ‘Tonight was my first time watching Game Of Thrones- purely for Aaron Rodgers. I blinked. I missed him…’ 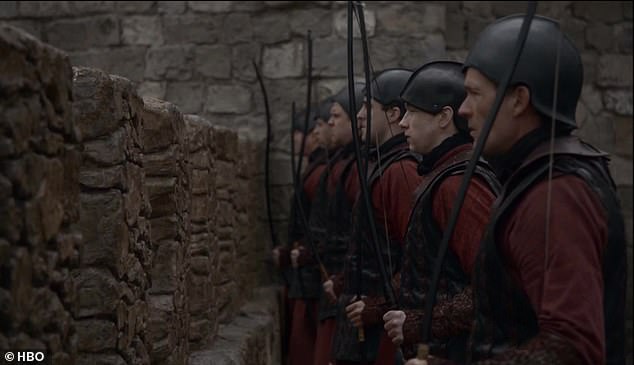 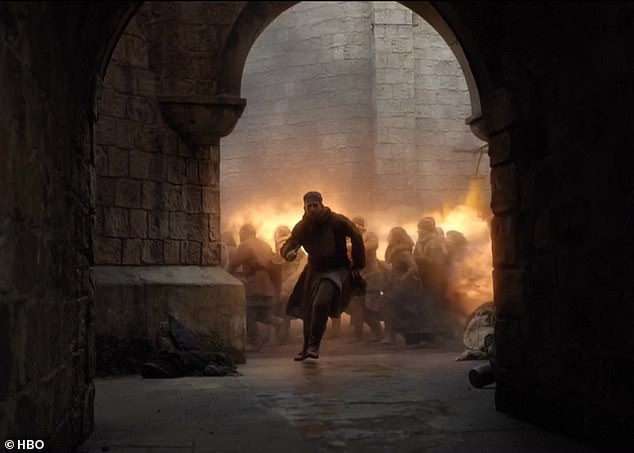 One Game of Thrones fan, Matthew Berry, took to Twitter before Rodgers’ highly-anticipated performance to try and speculate what the footballer’s role might be.

On Twitter he wrote: ‘So rumor is Aaron Rodgers has a cameo in tonight’s Game of Thrones. As a big supporter of cameos…what could his role be? I have no GOT sources but I do watch a lot of football and his skill set could serve as a clue…’

While Alec Hilton wrote: ‘Aaron Rodgers would fight for the Lannisters.’ 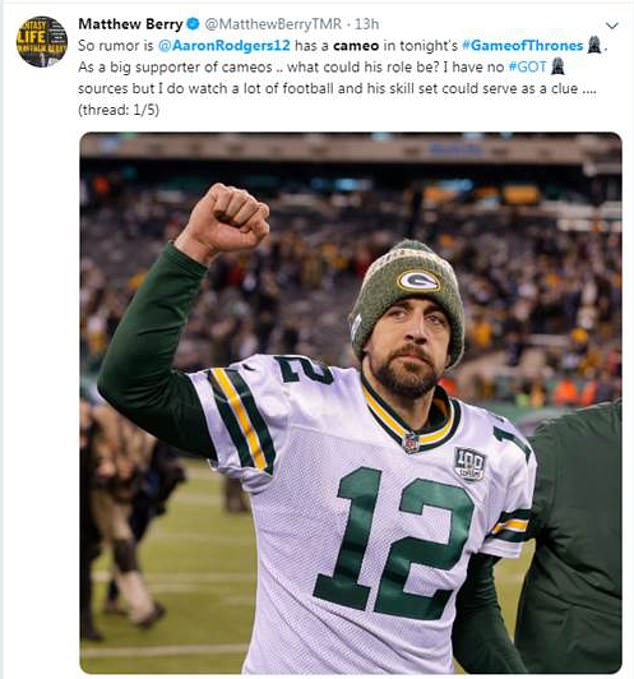 In April, Rodgers took to Twitter to share his love for the hit medieval epic and hint to his upcoming performance with the hashtag ‘episode 5 should be good’.

He wrote: ’24 hour rule still applies folks, for all those who thought there were better things to do tonight than watch @GameOfThrones #iwaswatching #4moreepisodes #episode5shouldbegood .’

In December, during a promo video for the show, he posed as a medieval king while sat on a replica of the Iron Throne.

During the video he said: ‘I’m Lord Aaron of House Rogers of Greenwater Bay, the true king of the north.

‘Generations of my predecessors have sat on this throne. We hail from an area long known as Titletown. 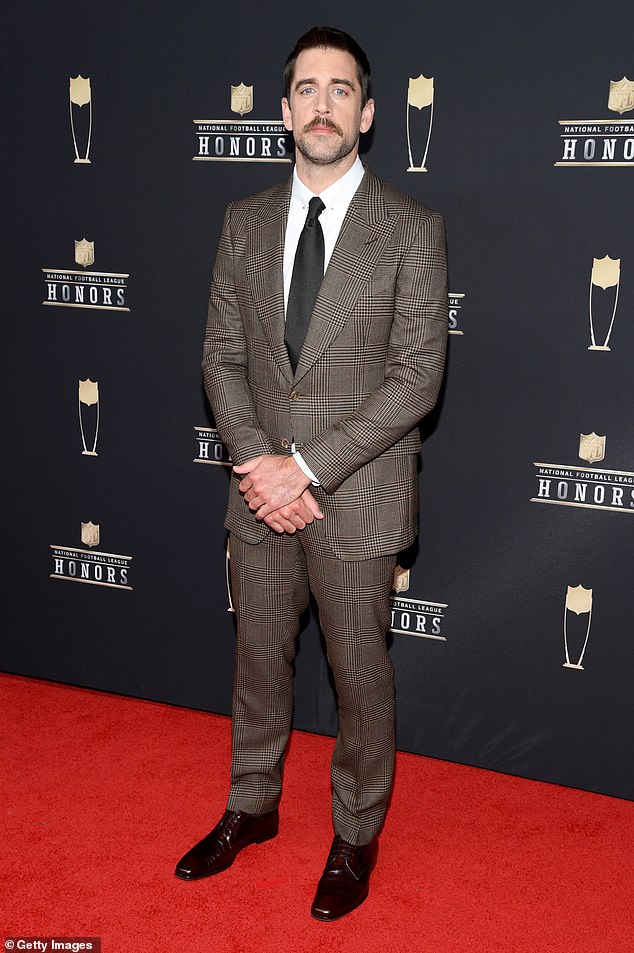 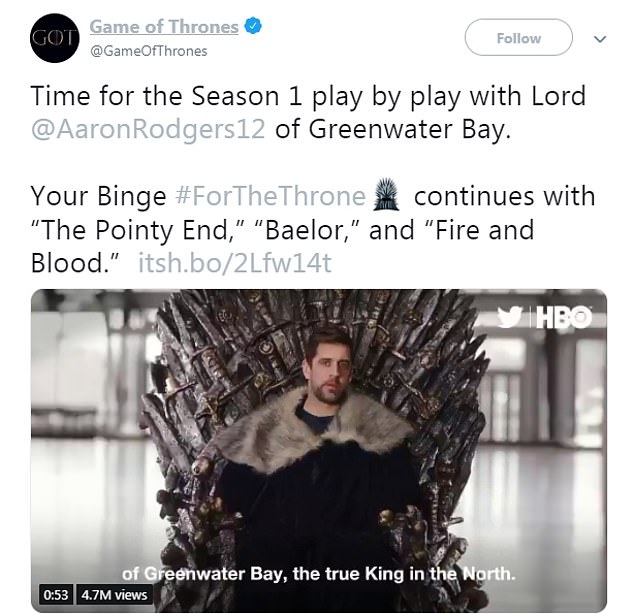 ‘The throne has actually been in Greenwater Bay many many times, thirteen times.

‘Over the years I’ve tweeted out or said on various shows some of my theoris about Game of Thrones plot twists…and they’re usually wrong.

‘There’s only one game that really matters. Game of Thrones.’

Rodgers’ performance comes as fans of the fantasy drama prepare to watch the final battle over the Iron Throne between the allies of Daenerys Targaryen and the widow of King Robert Baratheon- Cersei Lannister.