A shocking video has emerged of a brown bear falling off a cliff to its death in a river below after being chased by humans in India’s northern Jammu and Kashmir state.

The incident occurred on May 10 in Dras town of the state’s Kargil district.

Footage that appears to have been shot on a mobile phone shows the bear trying to climb a steep slope when a stone hits it. 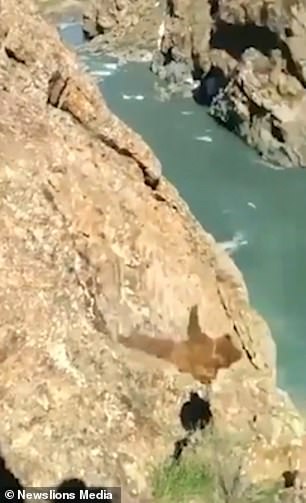 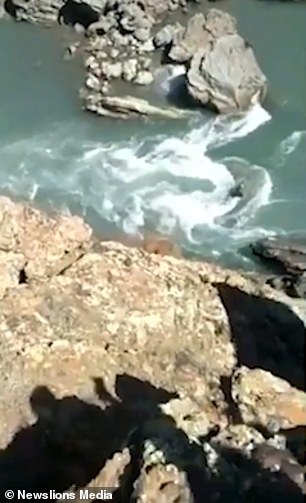 The bear loses its balance and tumbles at least 50 feet down the rocky cliff face as its tormentors can be heard cheering in the background.

Reports said the bear, which appears to be an adolescent, later drowned.

It was also reported that local villagers not only chased the animal, but pelted stones as it tried to escape. 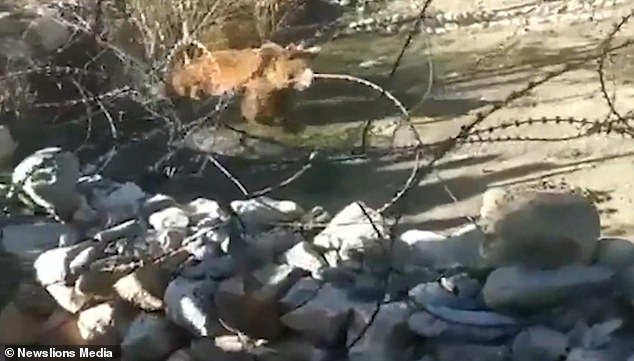 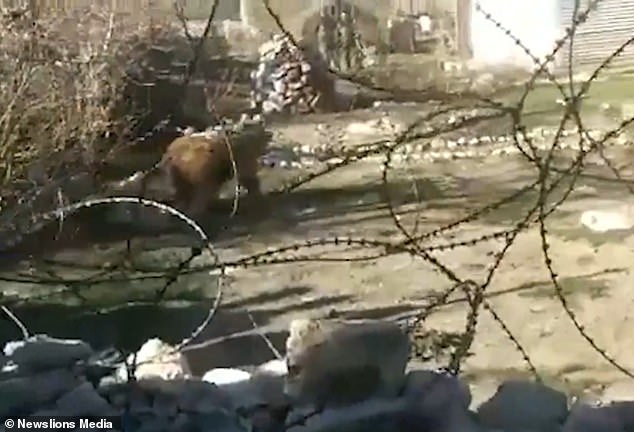 Earlier in the day, the bear had managed to escape from barbed wire after it became trapped.

However, as soon as it came out, villagers started pelting stones.

Brown bears are listed as critically endangered in India owing to the loss of suitable habitat to humans and fewer protected areas.

Rashida Tlaib is accused of anti-Semitic remarks for questioning Republicans' loyalty to the US
Woman, 24, spent more than $15,000 trying to cure her acne - before finally finding a cure
Ex-basketball phenomenon Sebastian Telfair in court after being busted 'with guns and marijuana'
Marines escort the body of staff sergeant back to the US
Obese woman whose weight spiraled to 590lbs got down to 221lbs in time for her wedding
Video shows teenage girl freeing her friend from an UNLOCKED NYPD squad car after assault arrest
Donald Trump pardons former San Francisco 49ers owner Edward DeBartolo Jr.
Policemen fired for George Floyd arrest previously investigated