Human rights lawyers say convicted criminals should not be sent back to Jamaica after at least five men deported from Britain were murdered when they returned.

The men, who have convictions for violence and drug related offences, have been killed on the Caribbean island over the past year.

The Home Office has been accused of ‘breaching human rights’ over the deportations, because their lives ‘may be in danger.’

Legal experts say the government is flouting strict rules which bans deportations to countries with a high level of violent crime.

Jamaica currently has one of the highest murder rates in the world. Last year there were 1,287 murders in the country, about 47 per 100,000 population. In the UK there were contrast, there were 726 homicides in the UK – 12 per million of the population. 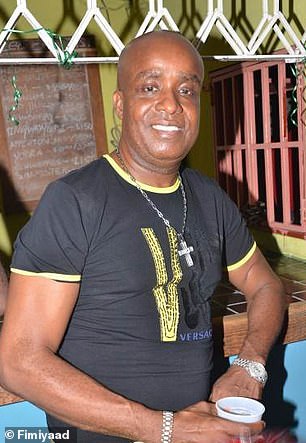 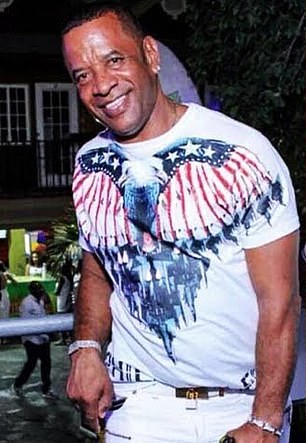 Owen Clarke (left) a convicted drug dealer and Alphonso Harriott, right, who was murdered in March

reports that they have verified the deaths of five men and have been told of other returnees who also fear for their lives.

Naga Kandiah, a public law solicitor at MTC & Co which deals with many Jamaican deportation cases said the government’s human rights obligations were not dependent on past behaviour.

He told The Guardian: ‘The Home Office’s own guidance recognises the high level of crime there due to organised gangs.

‘Nobody is saying that these men had not committed crimes, but it is a clear breach of human rights legislation to send them back to a country where their life could be in serious danger.’ 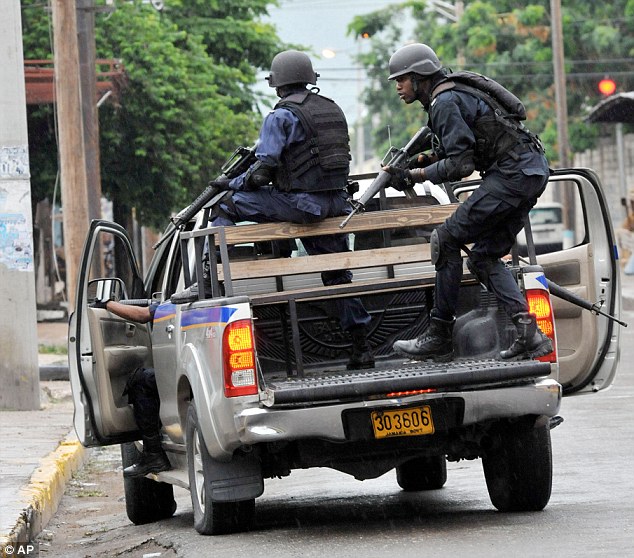 Jamaica currently has one of the highest murder rates in the world. Pictured: Armed police on the streets in Kingston, the country’s capital

Gracie Bradley, the policy and campaigns manager at the human rights organisation Liberty, said: ‘It is incredibly disturbing that the government continues to pursue deportations at the expense of its human rights obligations.

‘These worrying incidents further highlight why the practice of deportation post-conviction is a discriminatory form of double punishment that should be scrapped.’

A spokeswoman for the End Deportations campaign group told The Guardian: ‘These deportations must be stopped immediately before more lives are lost.’

The claims could increase pressure on the government to justify why they resumed deportation flights to Jamaica in February.

They were suspended at the height of the Windrush scandal, when thousands who had arrived in the UK from the Caribbean as part of the ‘Windrush generation’ were told they were here illegally, despite having lived and worked here for decades.

The men identified by the Guardian include Owen Clarke, 62, who was shot and killed by armed men on 23 February.

He had been convicted of dealing drugs in Britain and was said to be the leader of the British Link-Up Crew, a dancehall events business in the UK and Jamaica, which was allegedly a front for drug smuggling.

The Home Office said in a report last year that Jamaica constabulary force is ‘underpaid, poorly trained, understaffed and lacking in resources’.

A Home Office spokesman said: ‘We only return those with no legal right to remain in the UK, including foreign national offenders. Individuals are only returned to their country of origin when the Home Office and courts deem it is safe to do so.

‘Should the Home Office receive any specific allegations that a returnee has experienced ill-treatment on return to their country of origin, these would be investigated in partnership with the Foreign and Commonwealth Office.’