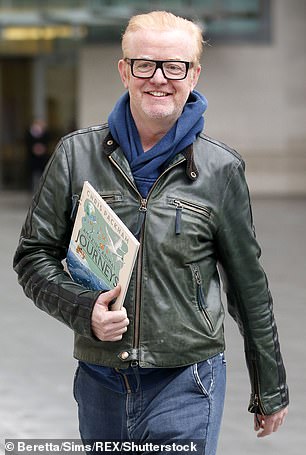 Chris Evans’ plan to make millions by building luxury apartments at his former £3.8million home could be halted due to bats.

Under the proposals, eight three-bedroom flats will be built, which local estate agents believe could fetch up to £1.2 million each, as well as six two-bedroom flats that will likely go for £1million each.

The luxury development, which lies in Sunninghill, near Ascot, will have underground parking for 26 vehicles – and an existing swimming pool and tennis court would be retained for communal use.

But ecology officers at Royal Borough of Windsor and Maidenhead Council said that the site was ‘used by roosting bats’, and therefore the proposals would harm the small mammals.

Ecology officer Abi Gazzard, said: ‘Two buildings on site were assessed as having ”high” potential to host roosting bats, whilst the mansion was found to have previously supported a small roost (a low number of droppings was recorded internally).

‘As such, two emergence and one re-entry survey were undertaken in accordance with the best practice guidelines in June-August 2018 (the results of which are still considered to be valid). 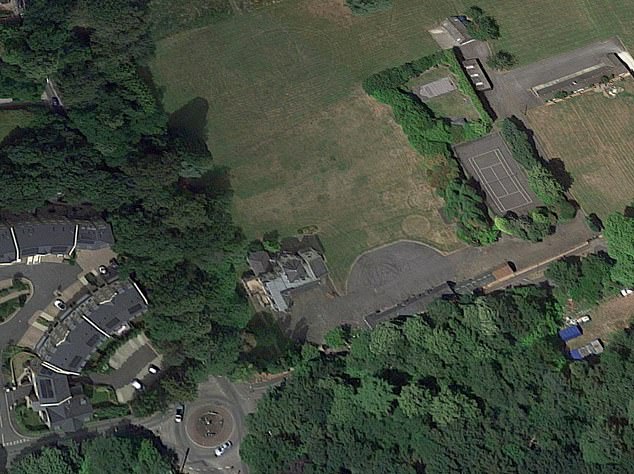 Evans bought a nine-bedroom mansion in the Berkshire town for £3.5m in 2010 – and shrewdly retained ownership of his previous home, the neighbouring eight-bedroom Beechgrove (pictured: An aerial shot of Beechgrove)

‘A peak count of one serotine, one common pipistrelle and two soprano pipistrelles were recorded using the building.

‘The proposals will therefore result in the loss of several bat roosts, and unmitigated, the works will disturb or harm roosting bats.’

Inspections of the site found it was also suitable for nesting birds, great crested newts and reptile with ‘historical records’ of badgers, stag beetles, grass snakes, hedgehogs and swifts also located at the site too.

Sunninghill and Ascot Parish Council also objected, saying: ‘The committee felt that apartments are an inappropriate development in the green belt.’

Evans’ neighbours have also objected to the plans with Adrian Newey, chief technical officer of Red Bull Racing F1 team, saying that the area’s local and infrastructure and services would not be able to cope.

The Virgin Radio Breakfast Show host purchased the property in 2009 – a year before he splashed out on a nine-bedroom mansion next door for £3.5million and buying a third house near Ascot.

Originally, the DJ wanted to build 12 apartments and three detached houses in its place.

However, the plans were withdrawn following a backlash from residents – who branded it a ‘massive over-development’. 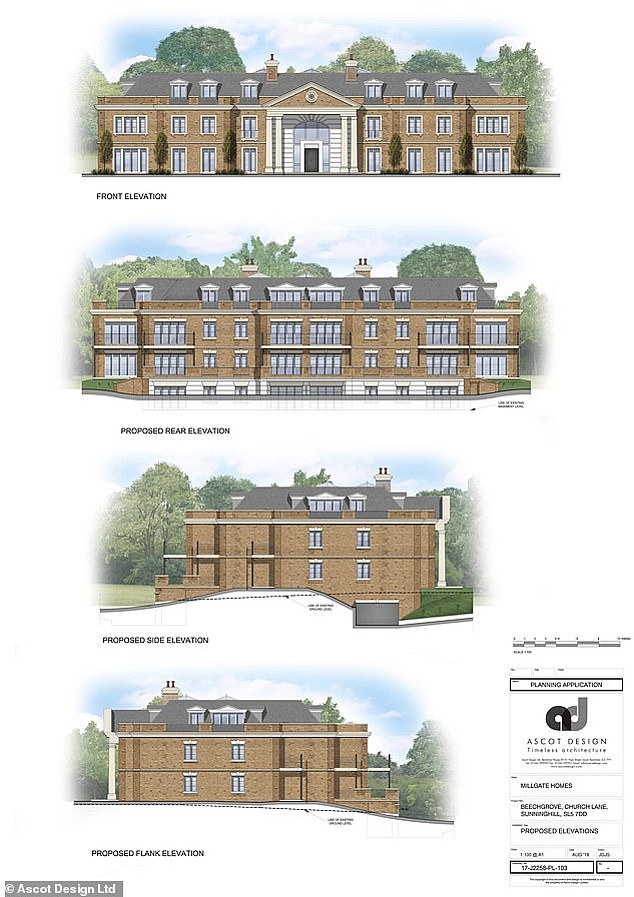 Originally, the DJ wanted to build 12 apartments and three detached houses in its place. However, the plans were withdrawn following a backlash from residents which they branded a ‘massive over-development’ (pictured: Architect plans of how the development in Beechgrove would look)

It not known the kind of deal Evans has made with developers Millgate Homes but planning agent Richard Barter, from the company, said of the new plans: ‘The proposal is to provide a residential apartment building of a traditional design and appearance which reflects the character of a grand classical building.

‘The result is a form of development that will positively enhance the character and appearance of the site and the surrounding area.

‘Particular care has been taken throughout the design process to ensure the proposed development will not result in material harm to the openness of the Green Belt.’

The former Radio 2 Breakfast Show presenter left the BBC at the start of the year to return to Virgin Radio for a reported £2million.

Evans will now have to apply for a licence from Natural England which gives them permission to commence development works as well as submit additional environmental impact assessments about how they plan to address the wildlife.

The council have also yet to grant planning consent.