Eight students have been injured in a shooting at school in Denver, Colorado, where two suspects, one adult male and one juvenile, have been taken into custody.

Administrators reported the gunfire immediately and deputies arrived on the scene within two minutes.

Spurlock said officers engaged the suspects and there was a struggle to bring them down. Neither suspect was injured in the confrontation.

Spurlock declined to identify the suspected shooters but said they are both believed to be students at the school. 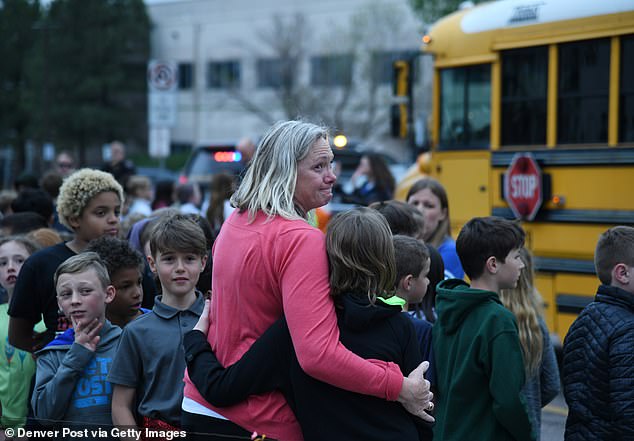 A teacher embraces young students in a parking lot near the STEM School Highlands Ranch  in Colorado on Tuesday after a shooter opened fire, injuring at least eight people 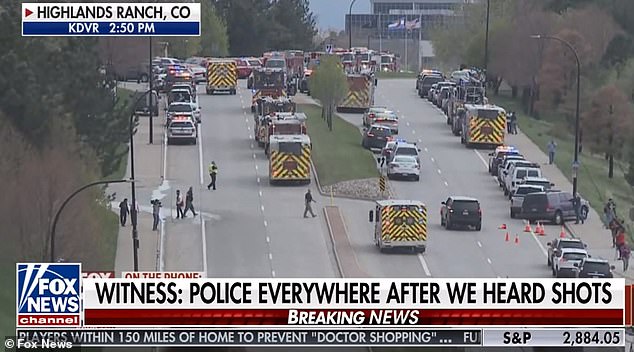 A  rush of ambulances arrive at STEM School Highlands Ranch after shots rang out at 1.53pm

Local media outlets reported that five victims were taken to Littleton Adventist hospital, where four are in serious condition and one is in fair condition.

Another two patients, both juveniles, were reportedly transported to Sky Ridge hospital where they are both in stable condition.

An eighth victim is said to be in good condition at Children’s Colorado hospital.

Spurlock declined to identify any of the students by name but said they were all aged 15 or older.

He said the families of seven victims were in contact with authorities, who have yet to make contact with the eighth victim. 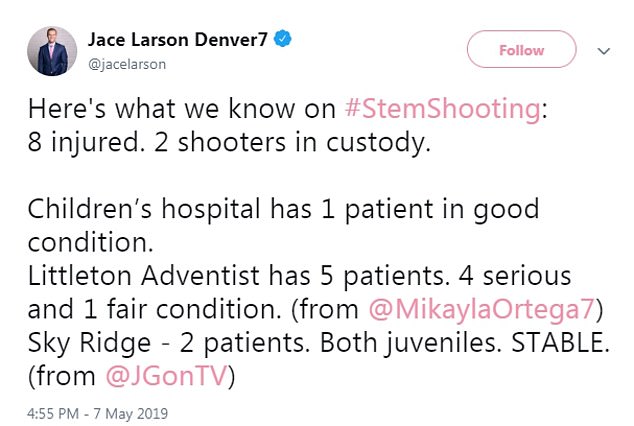 Elementary school children were seen walking out of the school with their hands in the air as authorities started evacuating the scene.

Frantic parents have told how their children sent them texts and called them to tell them that shots had been fired.

The more than 1,800 students who attend the STEM school are being connected with their parents at reunification centers.

There was no school resource officer at the scene when the suspects opened fire.

Witnesses say one victim was seen being carried out by a cop on their shoulder. Another was seen being taken out on a stretcher, according to a witness. 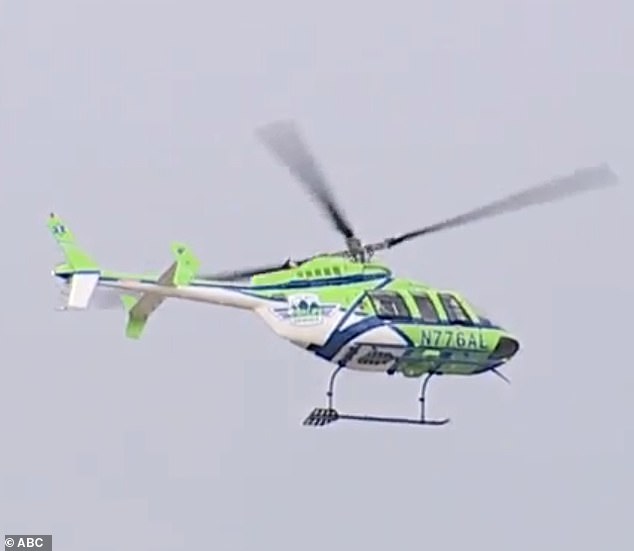