Receipts from CVS drug stores are so long that they nearly surpass the height of a former White House press secretary.

Sean Spicer, who was ’s top spokesperson during his first six months in office, took the ‘CVS receipt challenge,’ the competition that has gone viral on social media.

‘I’ve gotten some long @cvspharmacy receipts but I’m 5’6” (I know, you thought I was taller) and this one is almost as tall as I am,’ Spicer wrote on his Instagram page.

‘What’s the longest one you’ve gotten?’ 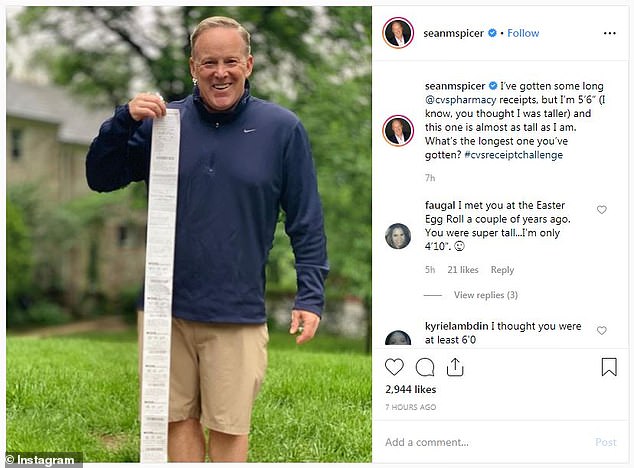 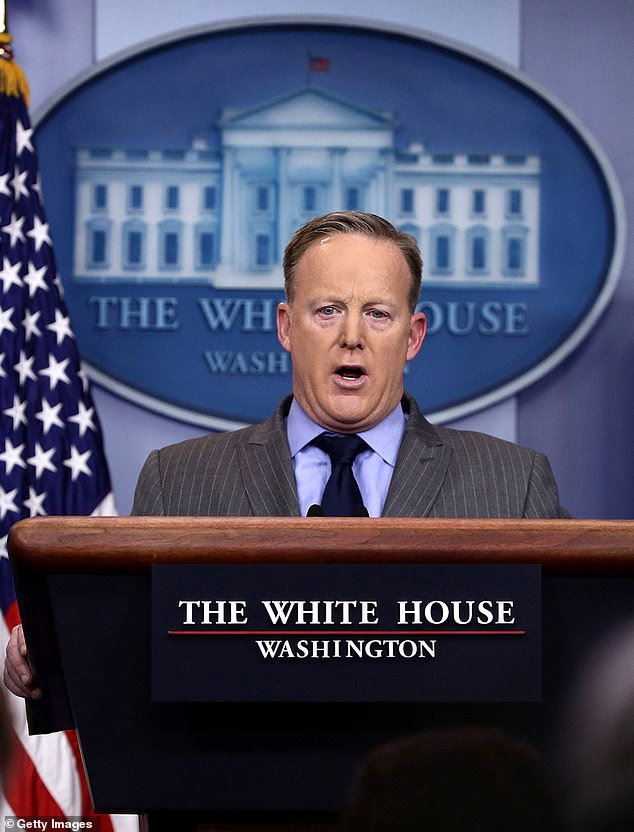 The image next to the caption shows a smiling Spicer holding a receipt that begins at the height of his shoulders and runs downward toward the ground.

Social media users posted photos of their receipts, some of them run a few feet. 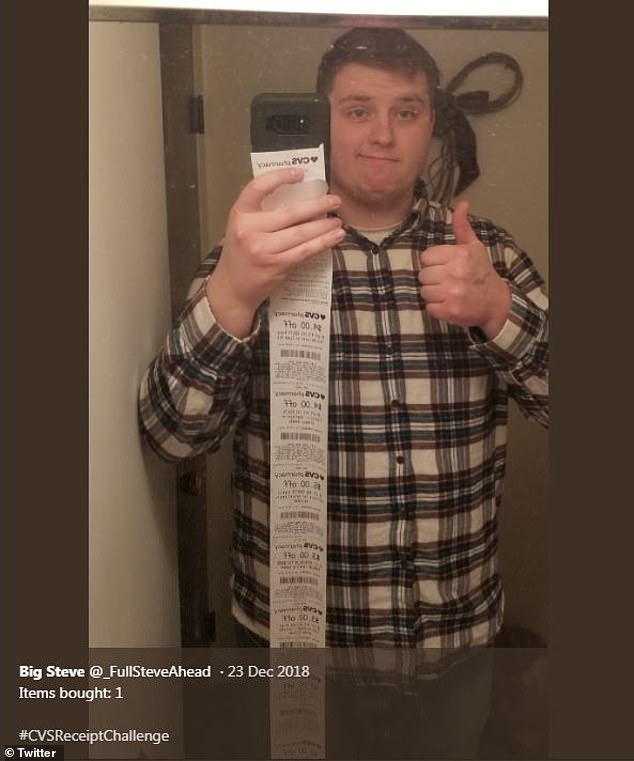 The challenge went viral on social media, with CVS customers posting photos of their receipts 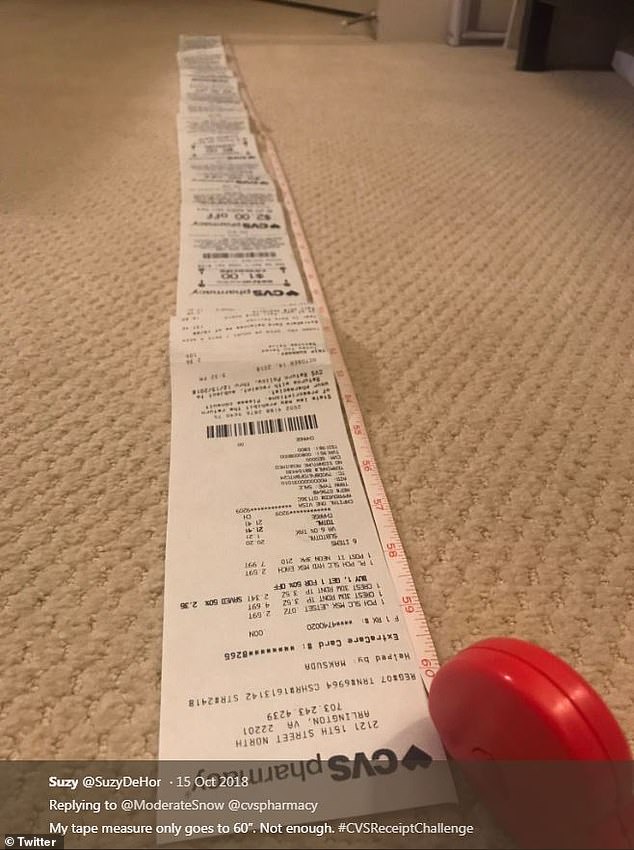 The receipt above is longer than 5ft. ‘My tape measure only goes to 60in,’ tweeted Suzy 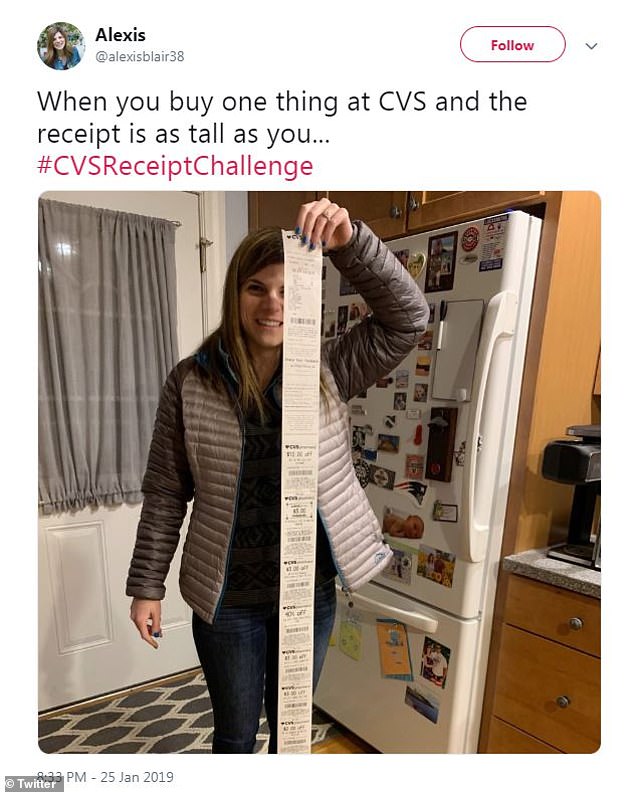 Spicer was known for his White House press briefings during which he had difficulty supporting statements that were demonstrably false.

Most notably, Spicer claimed that the crowd size at Trump’s inauguration was the largest ever – even though aerial photographs show that the attendance was significantly larger at both inaugurations for Barack Obama.

Since leaving the White House in July 2017, Spicer has made numerous media appearances.

He also wrote a book about the time he spent at the White House.

Trump says CIA's claims Saudi Prince had Khashoggi killed are 'very premature'
Alien sea creature's mass of tentacles baffles locals after washing up on an Australian beach
National Enquirer threatened to publish explicit nude photos of Jeff Bezos and his mistress
Kim Kardashian asks fans to help find rental for reformed criminal whose rent she'll pay for 5 years
Model alleges the son of a former Afghan defense minister raped her
Northeast to be blasted with ice and snow in 2020, with 'full force' of winter to come in January
One of New York's oldest bars will keep its doors OPEN after city intervenes
The exact workout you need to follow to burn 200 calories in 15 minutes in your living room