After a long trend toward greater safety in air travel, there has been an increase in airline accidents and deaths in 2018 and 2019.

But many aviation experts regard the recent rise as a statistical blip. They note that accidents and deaths remain a fraction of the numbers from as recently as the 1990s. 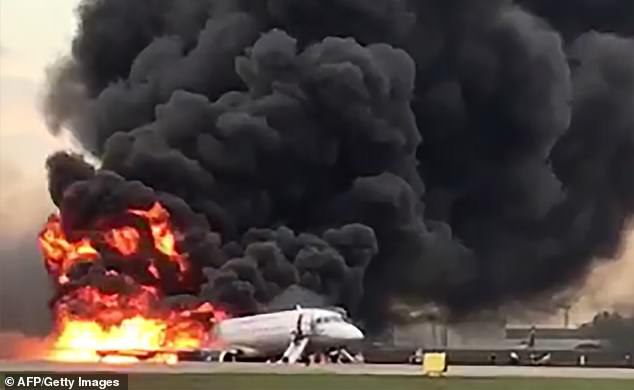 There have been 209 fatalities in airline accidents so far this year. On Sunday, 41 people died when an Aeroflot plane crash landed at Moscow’s Sheremetyevo Airport (pictured)

Seth Young, director of the aviation program at Ohio State University, said: ‘I don’t think we’ll ever get to zero accidents, but aviation is still the safest it’s ever been.’

In the U.S., no airline passengers were killed in accidents from 2009 until April 2018, when a woman on a Southwest Airlines jet died after an engine broke apart in flight.

Worldwide, there were more than 50 fatal airline accidents a year through the early and mid-1990s, claiming well over 1,000 lives annually, according to figures compiled by the Flight Safety Foundation.

Nearly half of the airline deaths in 2018 and 2019 occurred during the crashes of two Boeing 737 Max jets in Indonesia and Ethiopia.

In each case, investigators are examining the role of flight software that pushed the nose of the plane down based on faulty sensor readings.

He said: ‘Pilots are not being trained as much as pilots as they are system operators and system managers. 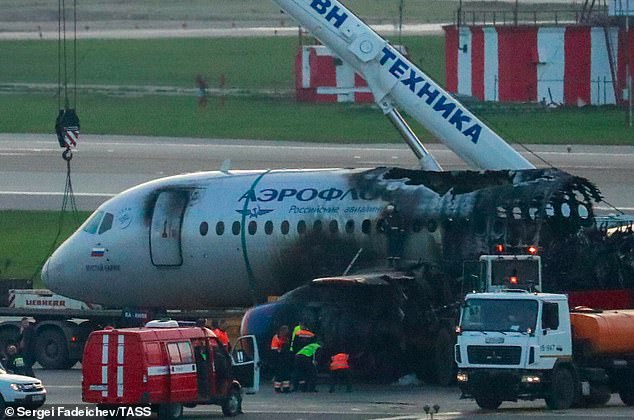 In the case of the Aeroflot jet that caught fire, attention is likely to turn to Russian media reports that lightning disabled the plane’s communications system

‘So when something happens and the automation fails, they get flummoxed.’

These include the deadly crash of a Russian plane that caught fire after an emergency landing in Moscow and the case of the charter airliner that ran off a Florida runway into a river. No one died in that one.

Investigators probe crashes in search of clues to prevent more accidents from the same cause.

In the case of the Aeroflot Sukhoi SSJ100 jet that caught fire, killing more than 40 people on board, attention is likely to turn to Russian media reports that lightning disabled the plane’s communications system and whether pilots should have burned off fuel before the emergency landing.

Lightning strikes are not uncommon. In the U.S. alone, there are about 25 million every year, according to the National Weather Service.

A Federal Aviation Administration spokesman said airline planes get hit about once a year on average. 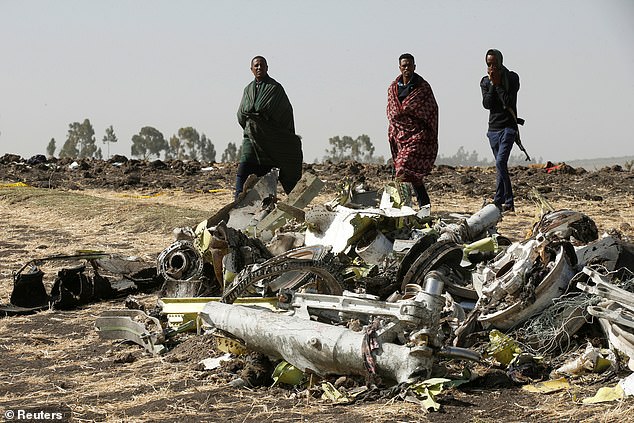 Planes are built so that the fuselage acts as an electricity-conducting shield, keeping the voltage away from passengers and critical systems.

The jolt is often dissipated off wings or the tail. Critical electronics have surge protection. Nitrogen is used to reduce the risk that electrical arcing could spark a fire in a fuel tank.

Newer planes like the Boeing 787, which uses carbon composite material instead of aluminum, includes fine wiring in the wings to direct current off the plane, said John Hansman, an aeronautics professor at MIT.

He said: ‘They should be designed to take a lightning strike, but if you don’t have a perfectly grounded airplane, if you don’t have the right surge suppressors, it’s possible you can take out some of the avionics or electronics.’

Sunday’s fiery crash in Moscow raised questions about making an emergency landing shortly after takeoff, while the plane is still fully loaded with fuel and likely over the maximum landing weight.

Only very large airliners have the ability to dump fuel. Most jetliners including the popular Boeing 737 and Airbus A320 do not. 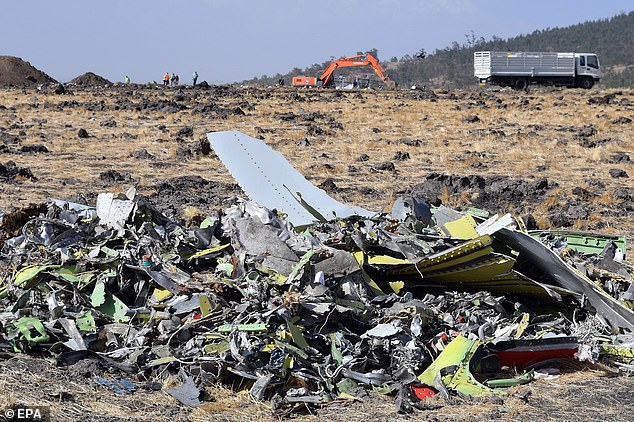 That leaves only one option for lightening the fuel load on a plane like the Russian-made Sukhoi SSJ100 – circling long enough to burn fuel.

John Cox, a former airline pilot and now a safety consultant, said he would only circle if he was concerned that something was wrong with the plane’s landing gear, or the runway was too short.

Video of the landing showed that the Aeroflot plane seem to touch down on its main landing gear, then bounce up before coming down hard a second time. At that point, flames can be seen coming from the jet.

Passengers on U.S. airlines are told to leave personal belongs in an emergency because it can slow the evacuation when seconds are precious.

‘We will never know if more lives could have been saved if the bags were left behind,’ said Sara Nelson, president of the Association of Flight Attendants.