Following glorious Easter sunshine, Britons were let down by one of the chilliest starts to the May bank holiday on record yesterday.

But things are about to go from bad to worse – with strong winds and heavy rain set to batter the country this week.

Unsettled conditions over the weekend – which saw a spinning funnel cloud descend over Blackpool on Sunday –were capped off by temperatures as low as -2.4C (28F) in Cumbria yesterday morning, while Devon and Wales both recorded -1.7C (29F).

The record low for the early May bank holiday was set in 2012, when Kinbrace in northern Scotland saw temperatures plunge to -5.9C (21F). 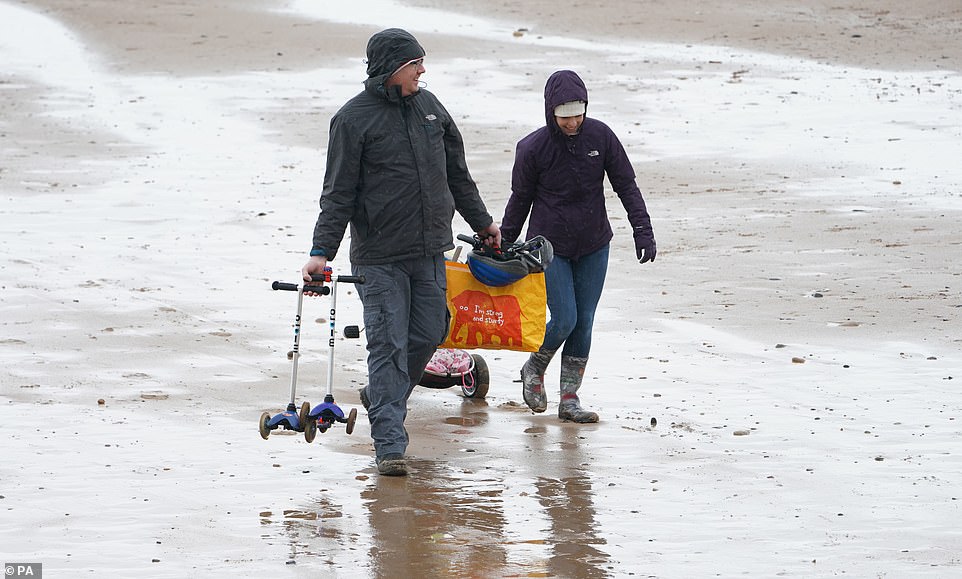 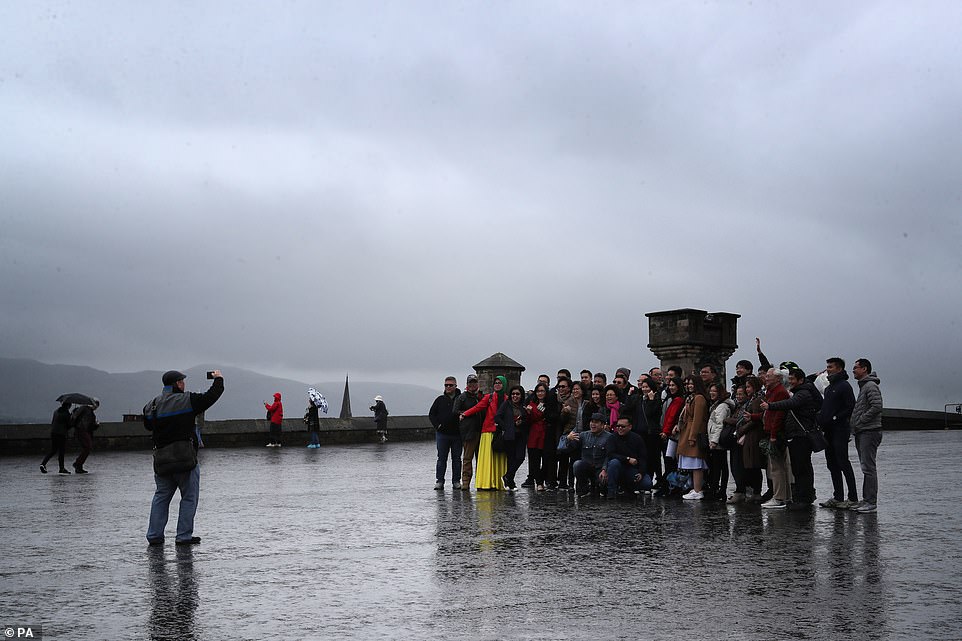 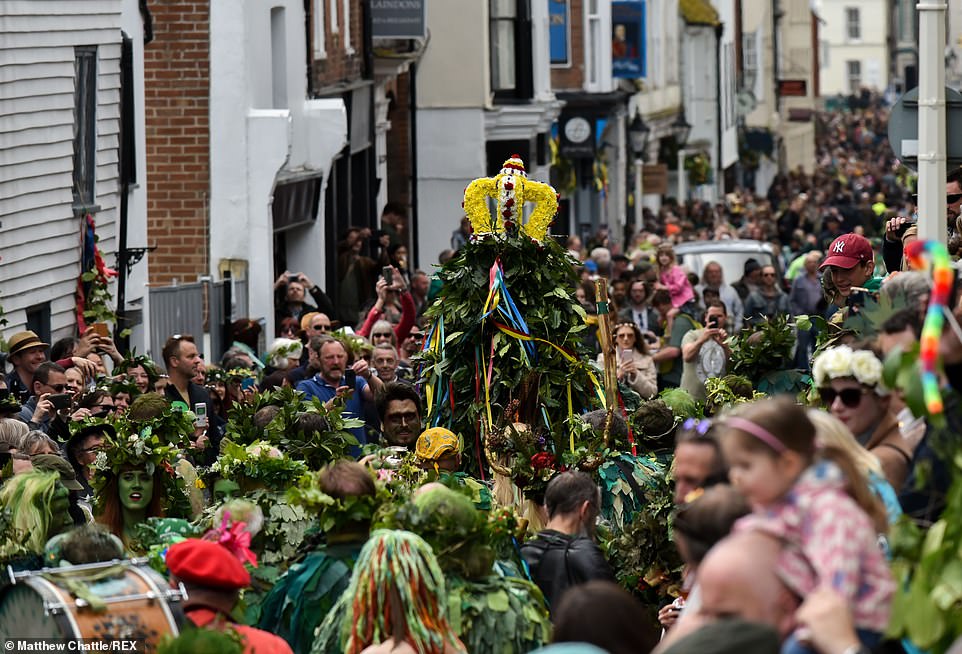 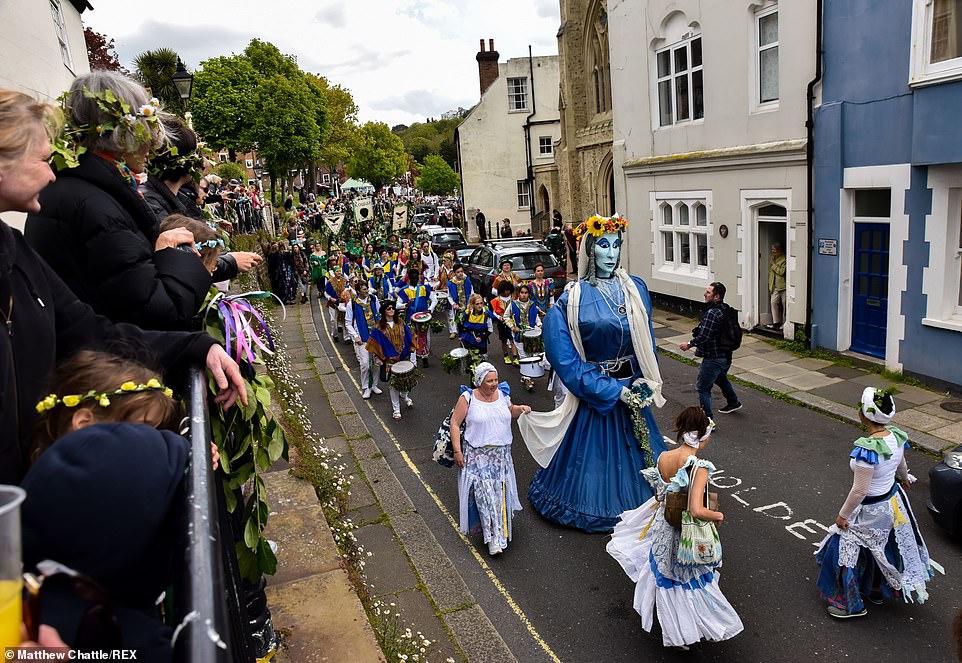 In brighter news, however, forecasters are predicting an ‘early taste of summer’ by the middle of the month.

Met Office forecaster Mark Wilson said there would be ‘significant change’ from today – but not for the better.

He said: ‘A band of cloud and rain spreads in from the West and moves eastwards on Tuesday, bringing a change to more unsettled conditions from mid-week.

‘There is going to be quite a bit of rain around and it will be quite windy at times, especially in the North. 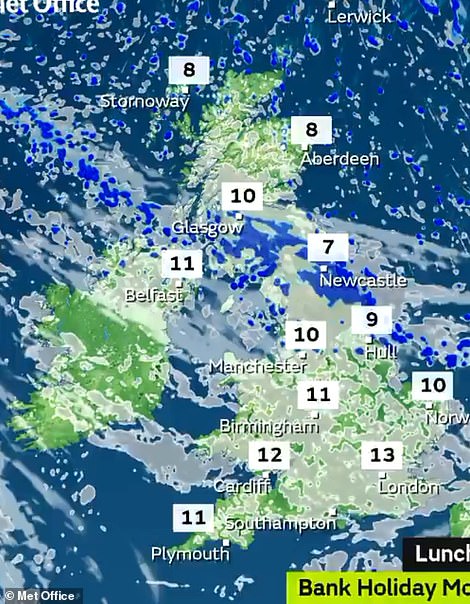 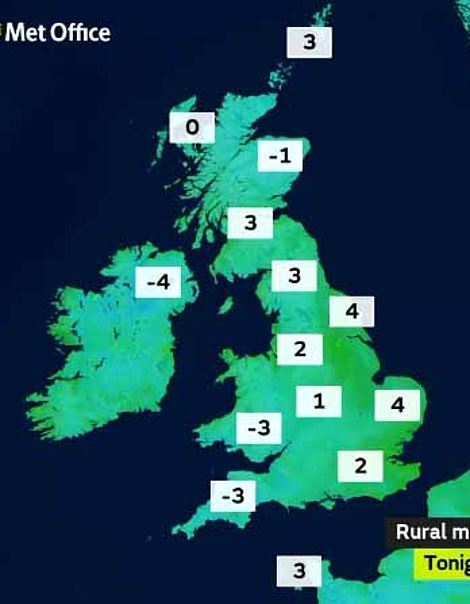 Shown left is the lunchtime forecast, with many areas of the UK experiencing colder-than-average temperatures. Pictured right is the forecast for last night, when some of the coldest early May Day Bank Holiday temperatures were recorded

The polar air which left the country shivering this weekend started to drift away yesterday, meaning temperatures should rise up to 17C (63F) in the South by the weekend 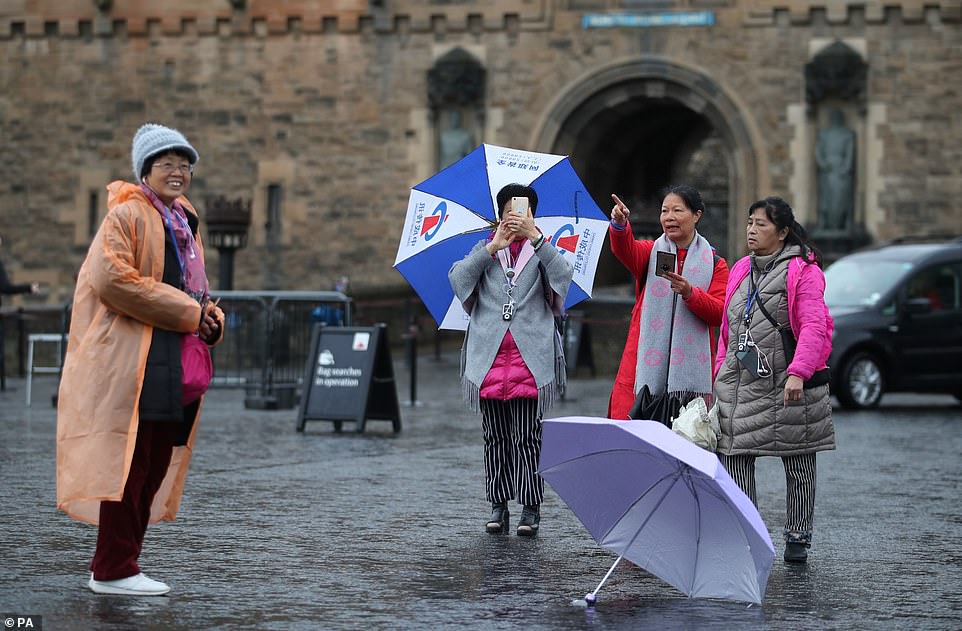 A frontal system will bring showers to much of the northern England and Scotland today (shown: tourists at Edinburgh Castle), with a widespread chill and even some hill snow in parts of the Highlands 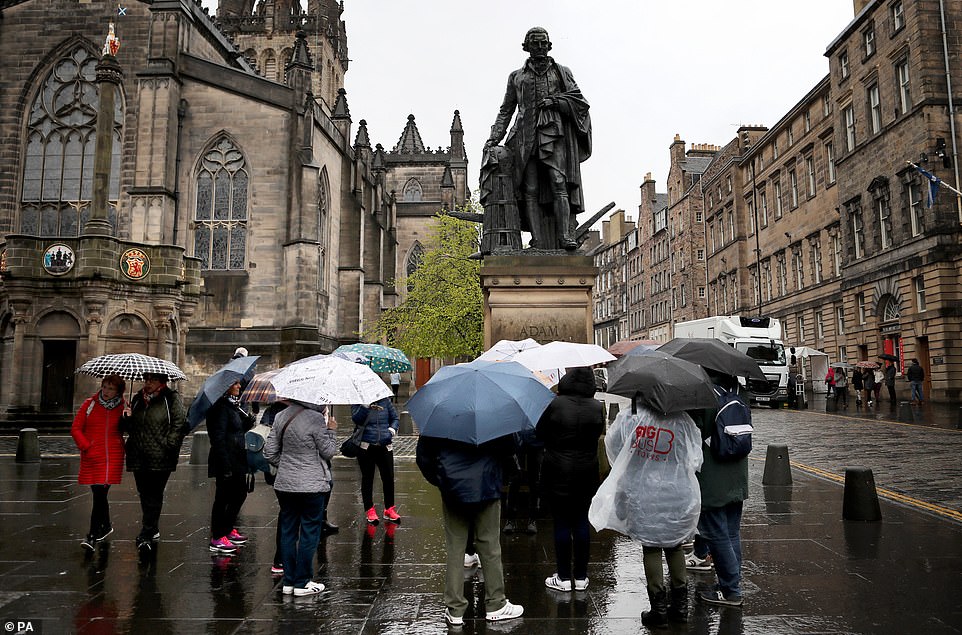 Tourists on Edinburgh’s Royal Mile brave the cold and the rain on the May Bank Holiday, with much of northern Britain hit by showers today

‘Elsewhere we are looking at heavy thundery showers across much of England and Wales and it will be very windy at times, particularly along coastal regions. This will need to be watched in terms of issuing any warnings.’

He added: ‘A complicated area of low pressure comes in from the West around mid-week, bringing much of the unsettled weather before another low skirts the UK towards the end of the week.’

The polar air which left the country shivering this weekend started to drift away yesterday, meaning temperatures should rise up to 17C (63F) in the South by the weekend.

A funnel cloud is a rotating column of wind that extends from the base of a cloud without reaching the ground – at which point it would be classed as a tornado. The clouds form due to unstable conditions in the atmosphere.

'Excited' dog named Archer takes off like a shot as he experiences his first ever snowfall
New Year revellers mocked for wearing EXACTLY the same grey trousers
At least eight dead and dozens feared trapped after primary school collapses in Nigeria
Heartbreaking moment where wife is unsure her husband will recover from his brain bleed
Man, 34, stabbed in London's Trafalgar Square as police close roads in bid to find the attacker
Parkour star defies gravity to bounce UP walls like a video game character
Inside the Strictly wrap party: Kelvin Fletcher lets loose on the dancefloor
Rats have empathy and avoid actions that can cause pain to fellow rodents