A street cat stole the limelight at a Christian Dior fashion show after it sauntered down the catwalk and urinated on a guest’s ball gown.

Hilarious footage shows the feline gatecrasher strut down the runway in Marrakesh, Morocco, in the opposite direction to the models.

The bold puss-not-in-boots seems completely unfazed by the loud music and crowds of people, as it disappears into the crowd during the evening show held at the end of last month. 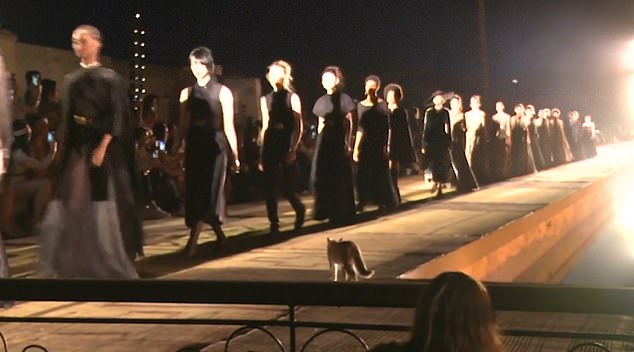 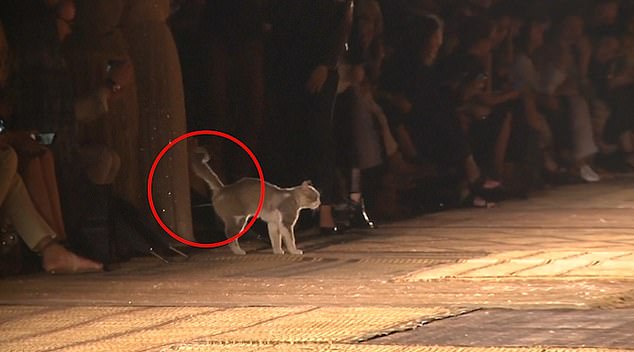 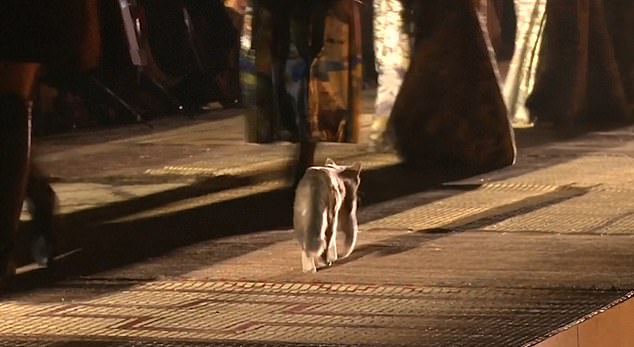 Amusing video shows the cat purr-fectly prance down the catwalk, as a row of models wearing exquisite dresses stepped in the opposite direction.

After wandering down for a while, ignoring the loud music and crowds of people, the model moggy turned and sprayed urine on a spectator’s dress.

It then disappeared into the packed crowds, possibly pleased about its modelling career debut.

French label Christian Dior held the event outdoors at the city’s 16th century El Badi Palace to showcase some of its latest designs.

Models, some wearing bandanas, showcased flowing gowns in maroon or black alongside patterned styles in fabrics from the Ivory coast fashioned into synched suit jackets. 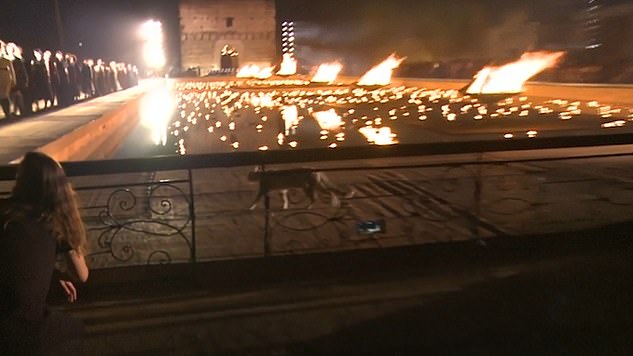 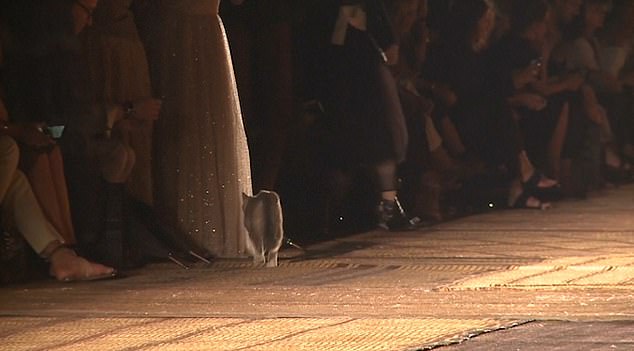