Around 20,000 people joined Dutch King Willem-Alexander and Queen Maxima as they attended a poignant ceremony on Saturday to remember the civilians and soldiers who have died in wars or peacekeeping missions since the outbreak of the Second World War.

The ceremony took place at the Dam Memorial during the annual Remembrance Day service in Amsterdam.

The royals laid a wreath at the National Monument, while watched by large crowds that had gathered to pay their respects.

Prime Minister Mark Rutte and several other cabinet members also laid a wreath down, on behalf of the Council of Ministers, with the wreath laying followed by two minutes of silence.

The touching ceremony was preceded by a silent march, which was carried out by Amsterdam primary school children.

In addition to the main service, other events were held throughout the Netherlands with 40 commemorations held in Amsterdam alone. 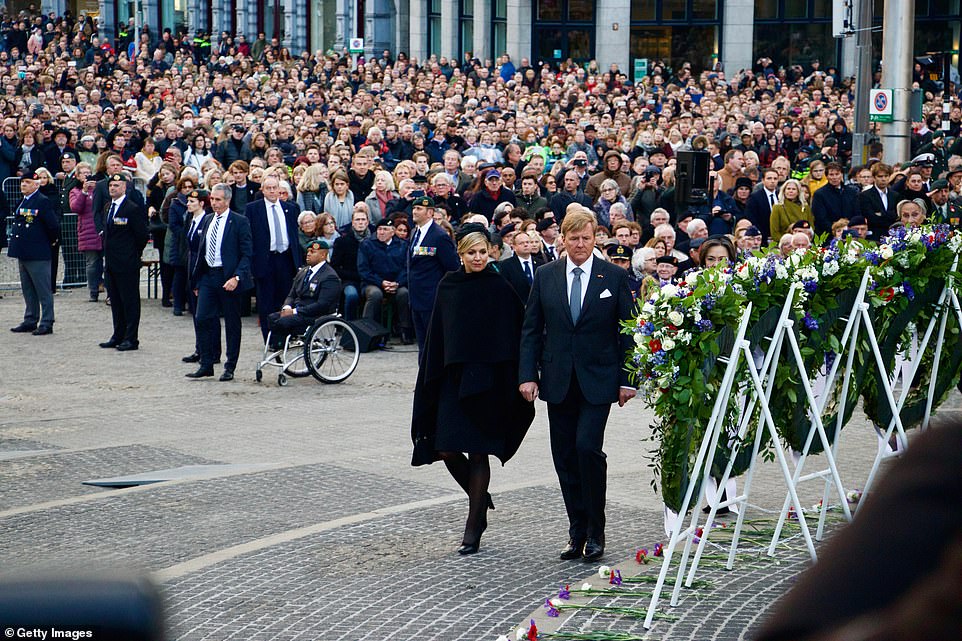 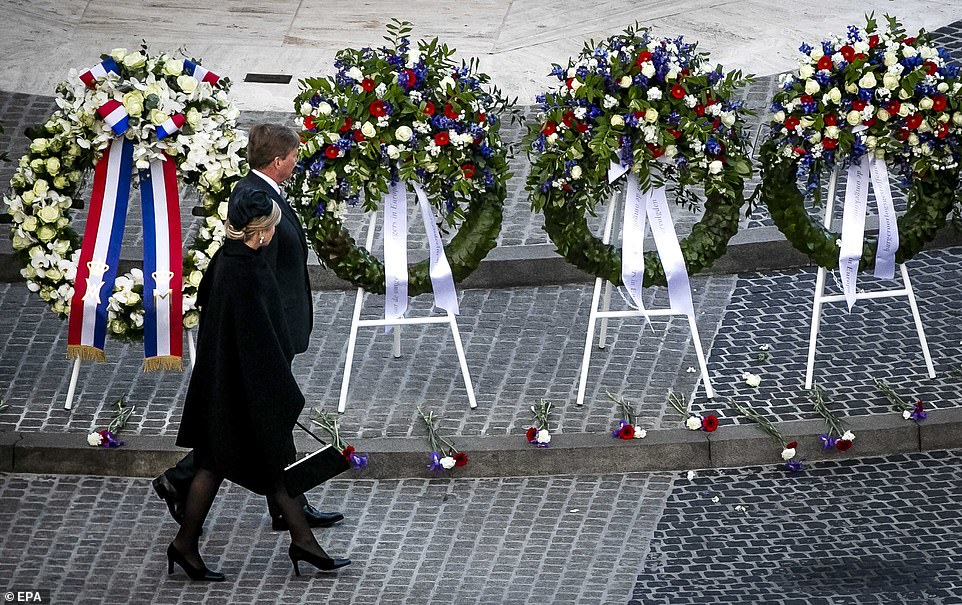 The royals were joined by a crowd of 20,000 citizens who descended on the square to pay their respects to the fallen soldiers and civilians 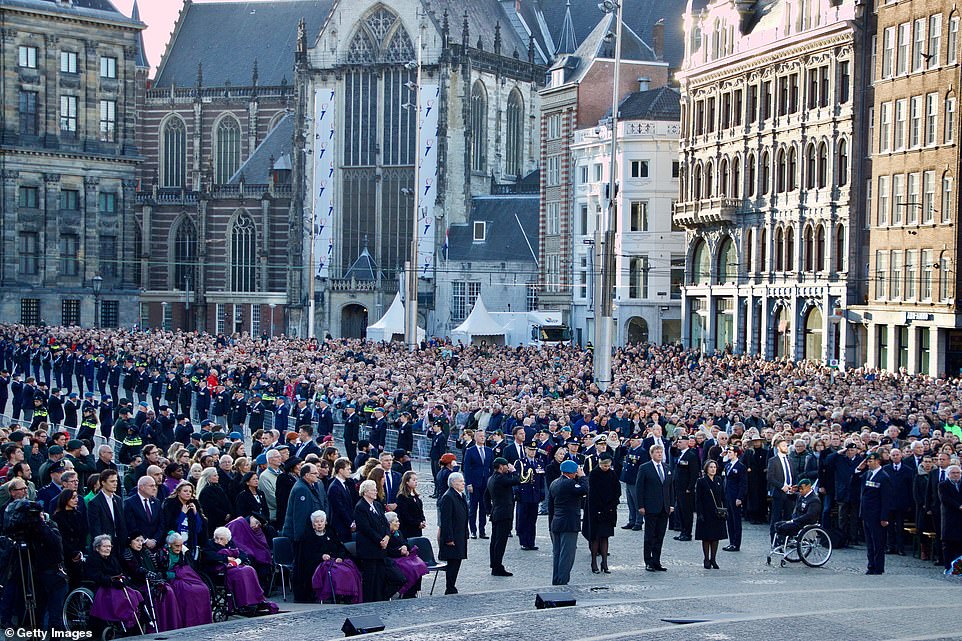 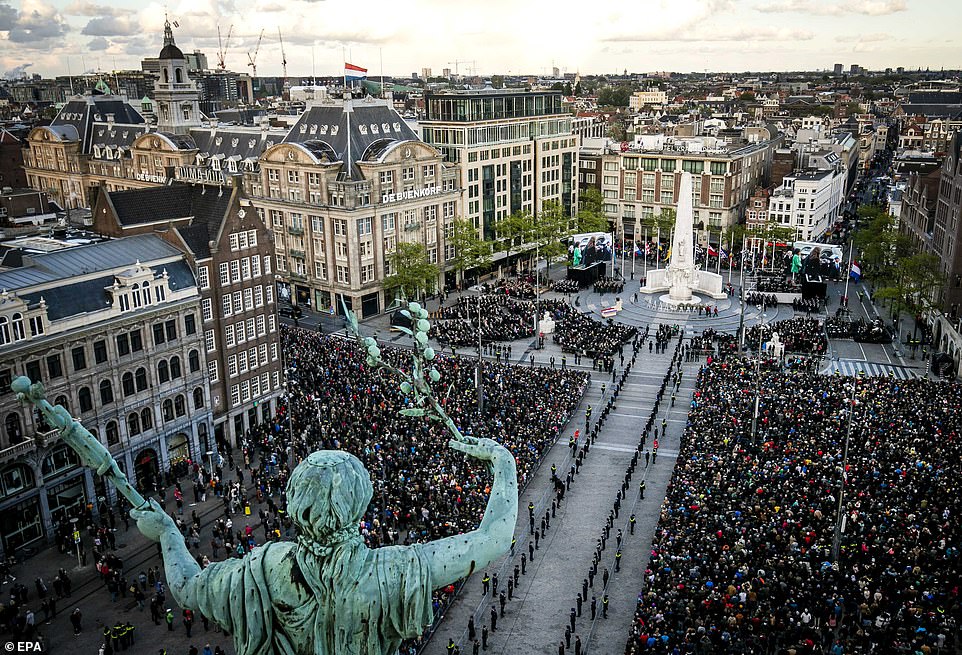 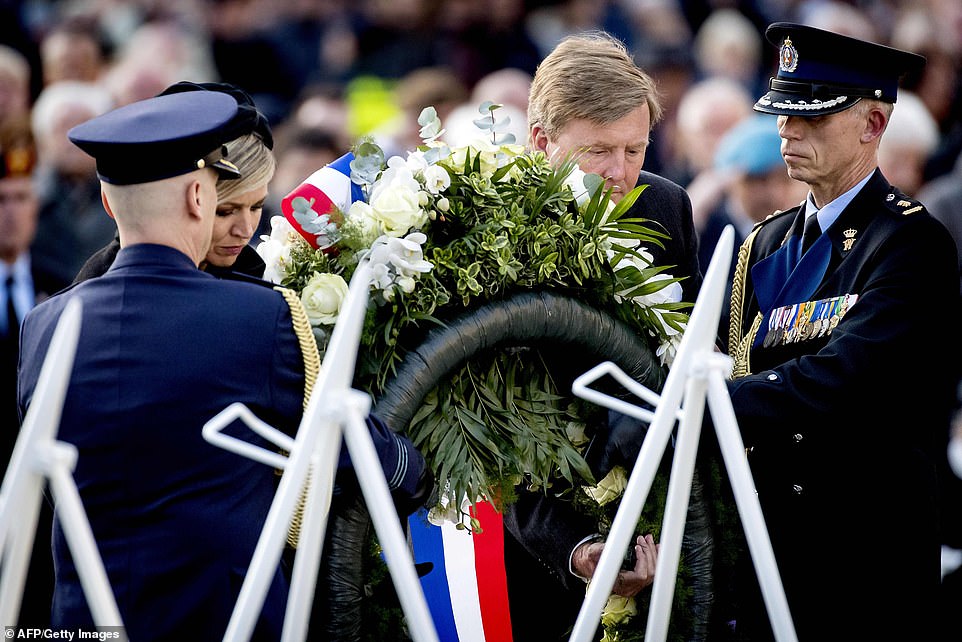 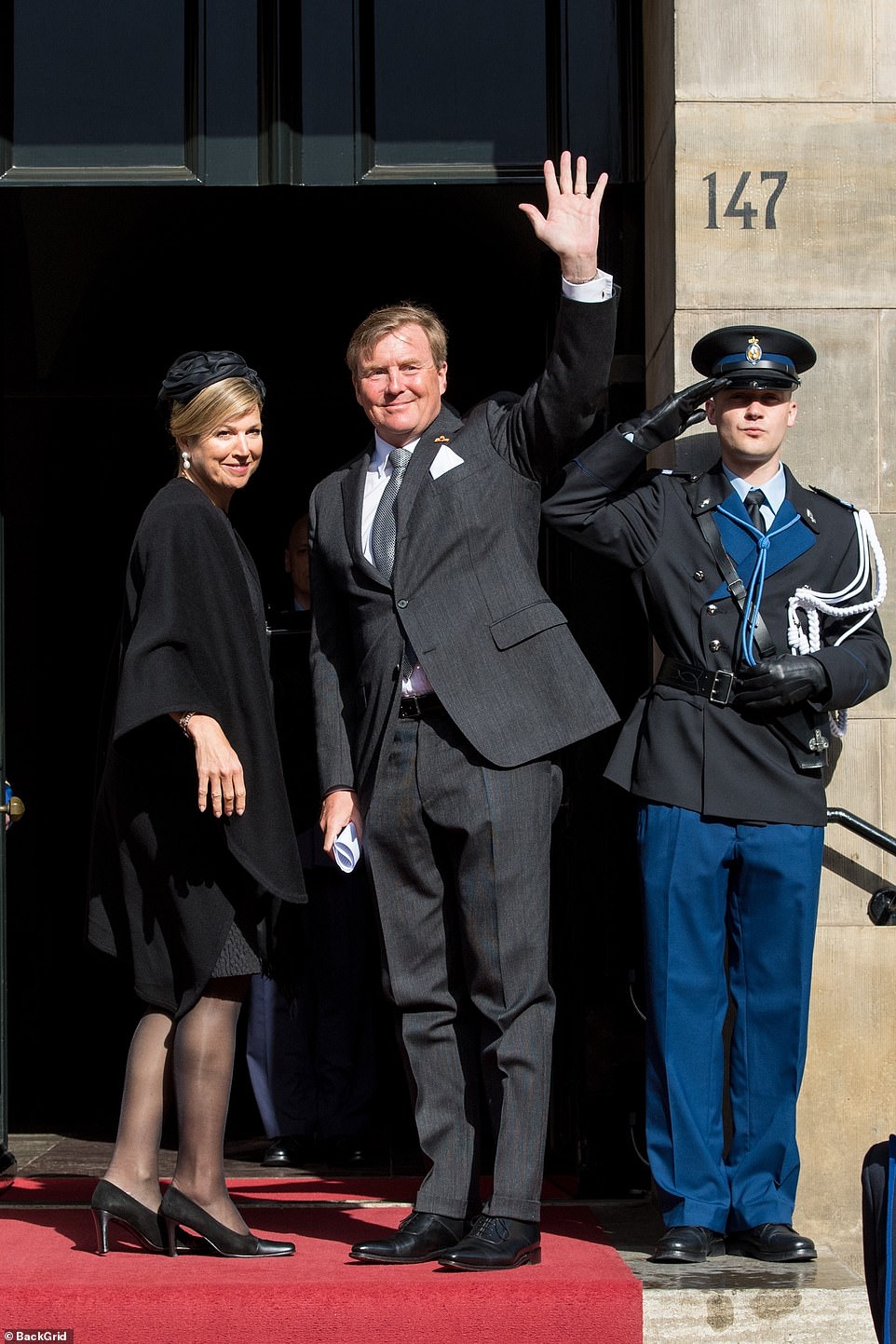 As well as the royals, members of the government also laid down wreaths, with groups of Amsterdam school children also taking part in a silent march 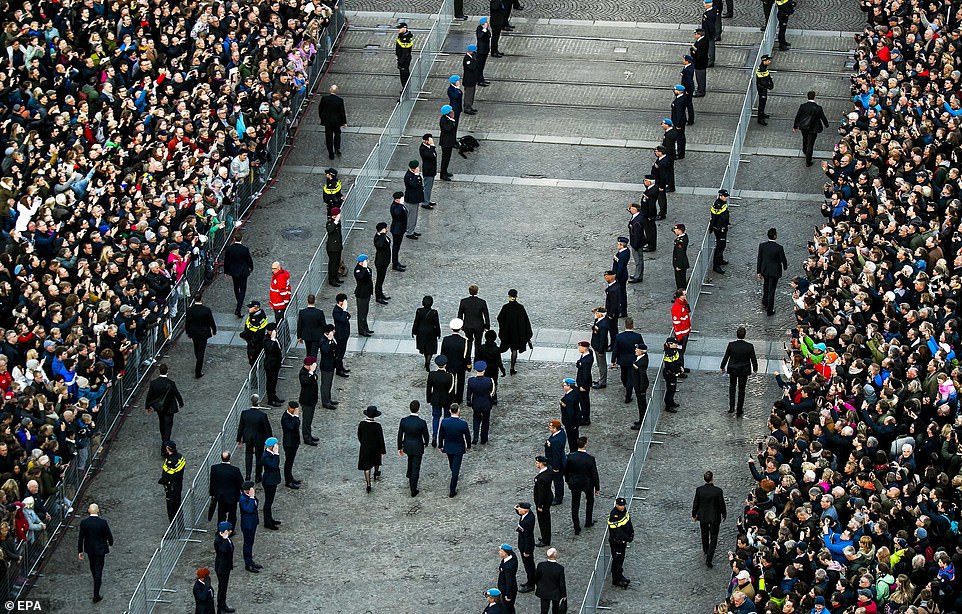 A line of soldiers salute as they flank the royals walk towards the memorial to place the wreath. Royal fans can be seen straining to get a photo 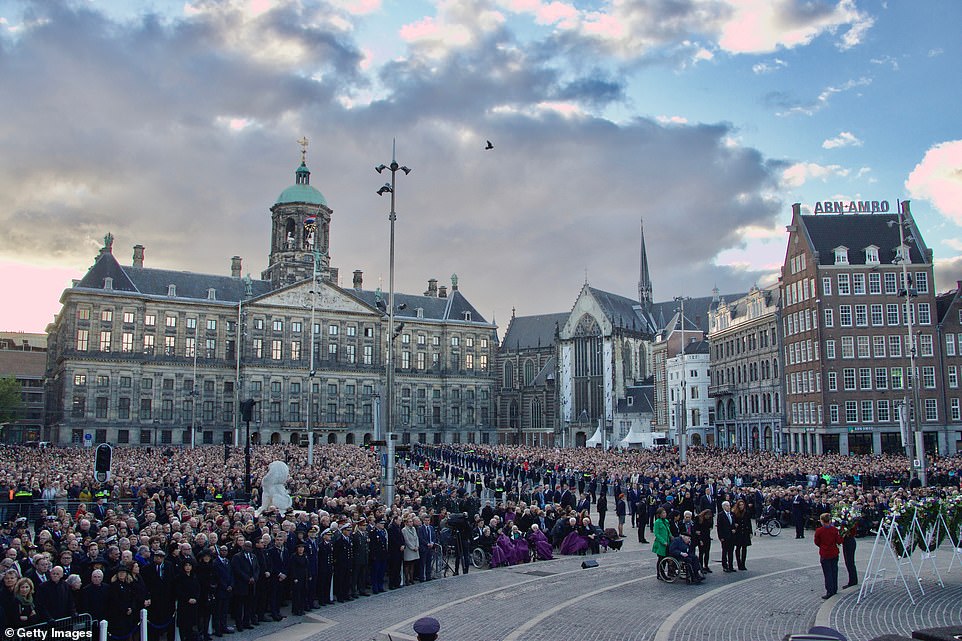