The widow of a firefighter has been charged with capital murder after prosecutors found new evidence that suggested she conspired with her boyfriend to kill her husband and gain access to financial assets.

Chacey Tyler Poynter, 32, of Royse City was originally charged with conspiracy to commit murder, then charged with murder, following the off-duty death of Robert Poynter in 2016.

Cops found a link to a photo on Michael Glen Garza’s Facebook account shortly after the University Park Fire Department captain was discovered with a single gunshot wound to the head in his car and Garza was last summer was convicted of murder and sentenced to 99 years. 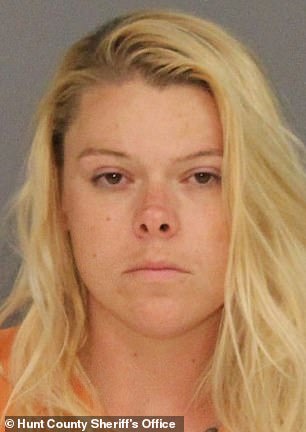 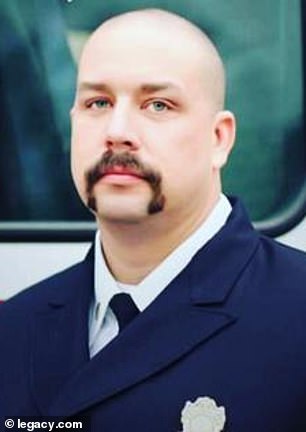 Now it’s alleged Poynter arranged the slaying of the 47-year-old to inherit funds.

‘The State re-presented the case to the grand jury with the additional evidence and the defendant has been indicted for the offense of capital murder for remuneration which is for financial gain or benefit,’ Hunt County District Attorney Noble D. Walker Jr. said in a Thursday statement.

Prosecutors believe Poynter was having an affair with Garza, 37 at the time, and the capital murder indictment alleges they fatally injured Mr Poynter with a shotgun three years ago on September 9 ‘for remuneration, namely: money and financial assets and benefits owned or controlled by the victim’. 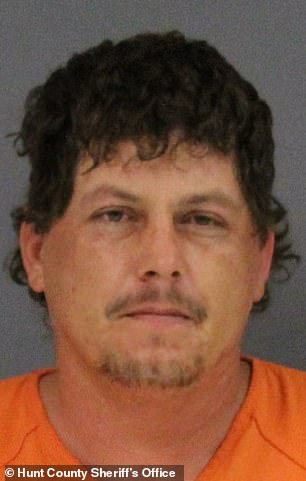 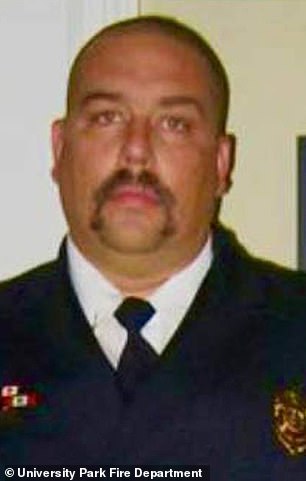 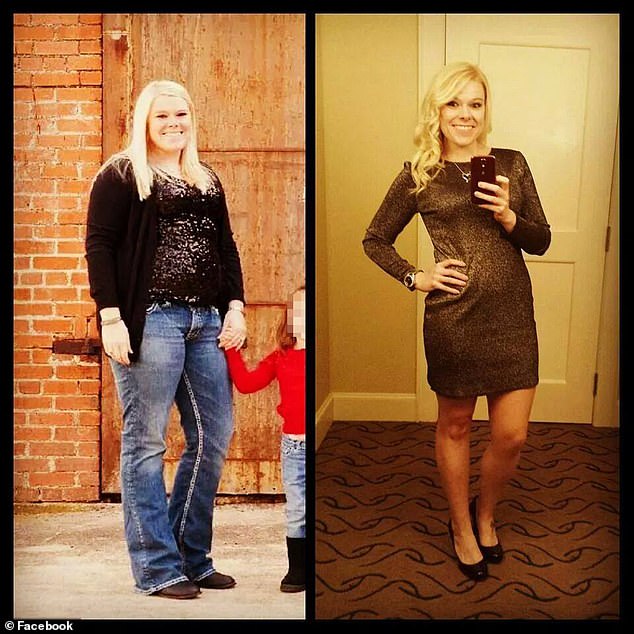 Sealed information was made public Wednesday in the 354th District Court.

The previous murder charge was dropped and the count was upgraded.

Mrs Poynter’s same trial date of June 17 is still expected to go ahead for the upgraded count.

Poynter was 29 at the time of the 18-year fire department veteran’s killing. She called cops around 10.40pm saying her husband had been shot. The parents of a six-year-old daughter had recently returned from a Mexico vacation.

She was arrested the next day after giving suspicious and conflicting information to authorities. 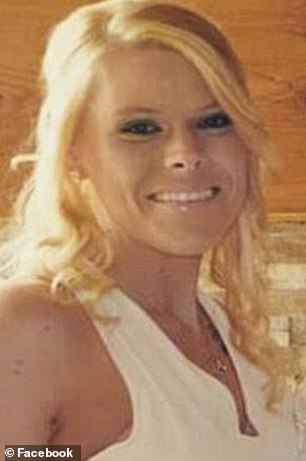 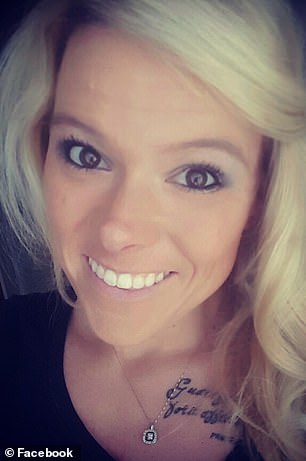 Previous murder charge was dropped and the count was upgraded after the state was presented with new evidence. A grand jury indicted Mrs Poynter on the capital murder charge April 26 and sealed information was made public Wednesday in 354th District Court 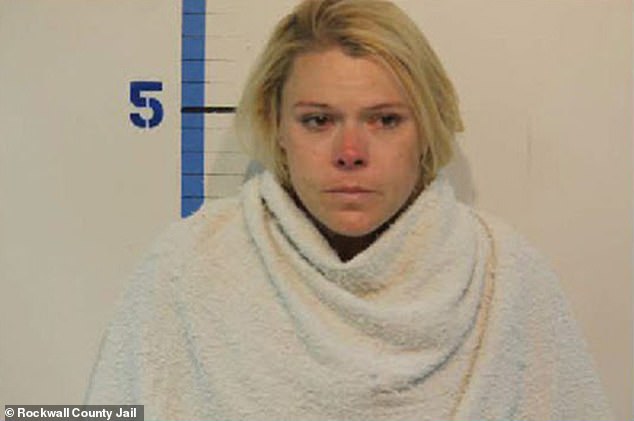 Cops interviewed her for nine hours the day after her husband’s death and Garza was arrested two days later.

A lifelong friend of Garza and another fellow trucker had claimed he told them details of what occurred before, during and after the slaying.

On April 15, Garza requested an appeal for his conviction after a two-week trial in July 2018.

Defense counsel Scott Cornuaud asked for all oral statements made by Mrs Poynter to be disregarded.

A 354th District Court judge denied the request April 26 following a hearing two days earlier. Now the request is pending with the Fifth Court of Appeals in Dallas.

Mrs Poynter is currently being held at Hunt County Detention Center on $500,000 bond.

An attorney for her didn’t immediately return a message from the Associated Press Friday seeking comment. 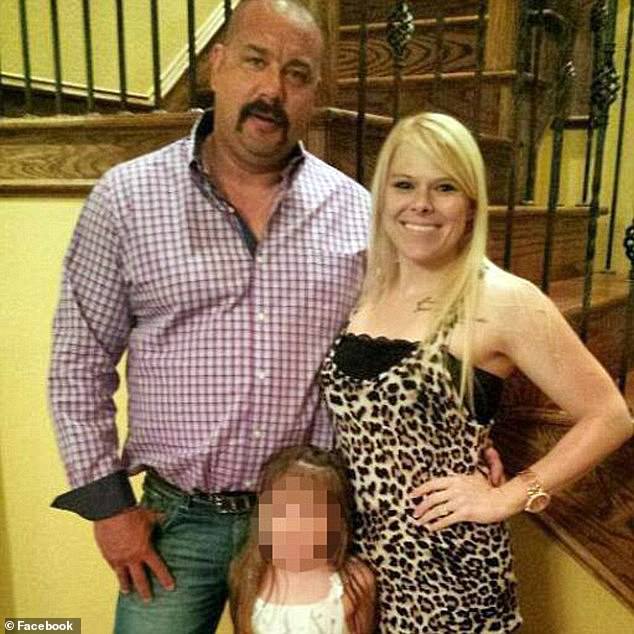 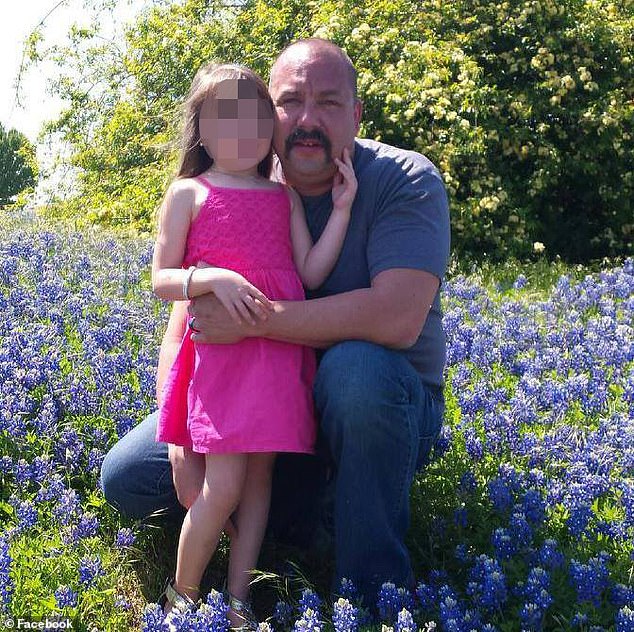 The parents of a six-year-old daughter had recently returned from a Mexico vacation. Garza was arrested three days after the murder when investigators found probable cause he’d killed Mr Poynter 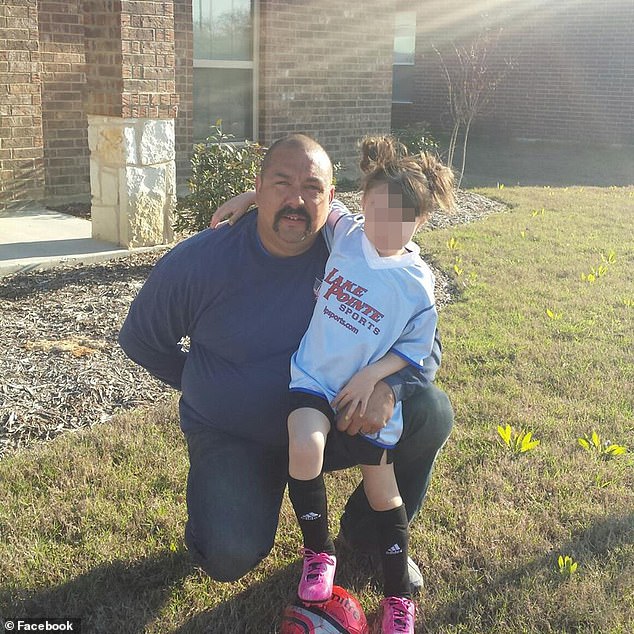 Trump brands Mueller's Russia probe 'illegal' and says the 'conflicted' investigation is 'rigged'
Chicago police were suspicious of Jussie Smollett from the very START
Demand for plant-based Impossible burgers are outstripping supply
Ex-NBA player MELTS DOWN in court after he's sentenced to 3.5 years in prison on gun charges
Spicy Korean dish kimchi 'could be cure for baldness' after scientists say it may reverse hair loss
The secrets of Sandringham: an intimate insight into the Queen's Christmas celebrations
The all-inclusive five star Maldives health retreat where wine and chocolate are encouraged
Piers Morgan slams 'disgraceful' Kanye West on Good Morning Britain