She’s shot to fame playing an pregnant 15-year-old on The Secret Life Of The American Teenager.

Now Shailene Woodley is opening up to  about navigating her life growing up as an actress and navigating sex and dating, in an interview published Thursday.

The 27-year-old actress graced the magazine’s June cover, along with her co-stars Reese Witherspoon, , Laura Dern and Zoë Kravitz. 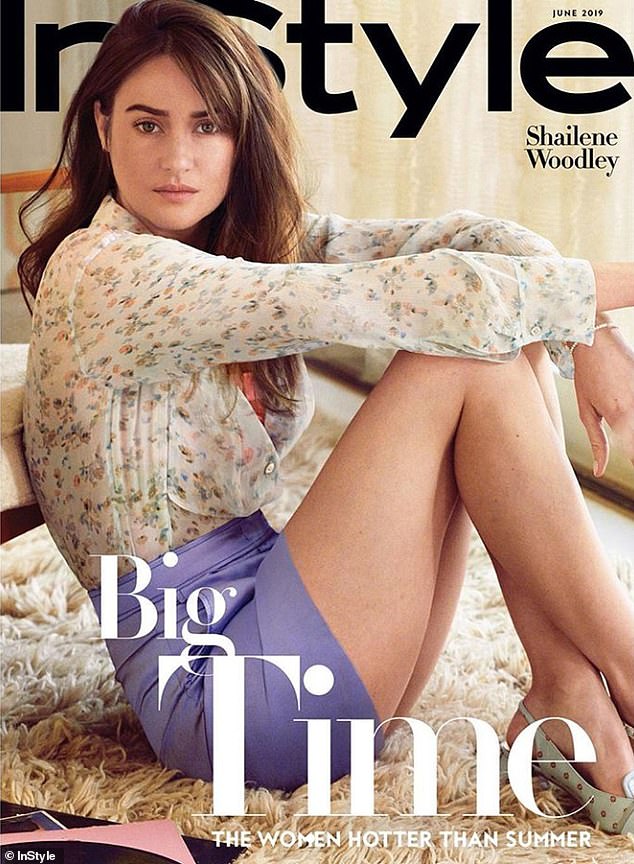 Sharing: Shailene Woodley, 27, opened up to InStyle about navigating her life growing up as an actress and navigating sex and dating

The 5ft8in actress appeared on her cover in a beige floral top and a lavender miniskirt that highlighted her long, slender legs.

She wore a pair of robin’s egg blue heels, and let her long brunette tresses cascade over her shoulders.

In the alternate image, the Spectacular Now actress showed off a retro pink mini dress with a floral pattern.

She showed off a hint of a lacy canary yellow bra, and wore her hair tied back in a casual ponytail. 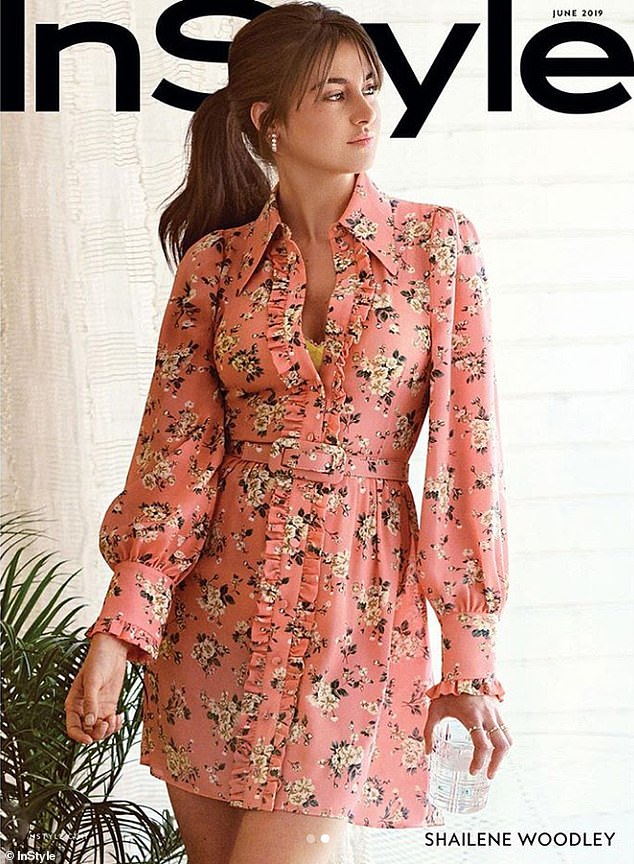 Classic vibe: In the alternate image, the 5ft8in actress showed off a retro pink mini dress with a floral pattern

On dating, the Descendants actress revealed she has trouble letting people set her up and she prefers to meet people organically.

‘I don’t trust anyone. Dating’s hard,’ she said. ‘I mean, I love sex. I love the power of emotional connection via physicality. Who doesn’t? But now I’m only interested in those unexpected impactful connections.’

‘It’s easy to talk about the positive things about love, but love is scary,’ she added.

‘…A meaningful, profound connection doesn’t need to sustain itself forever,’ she said, adding, ‘Just because you may not be in contact with someone doesn’t mean that impact has any less importance.’ 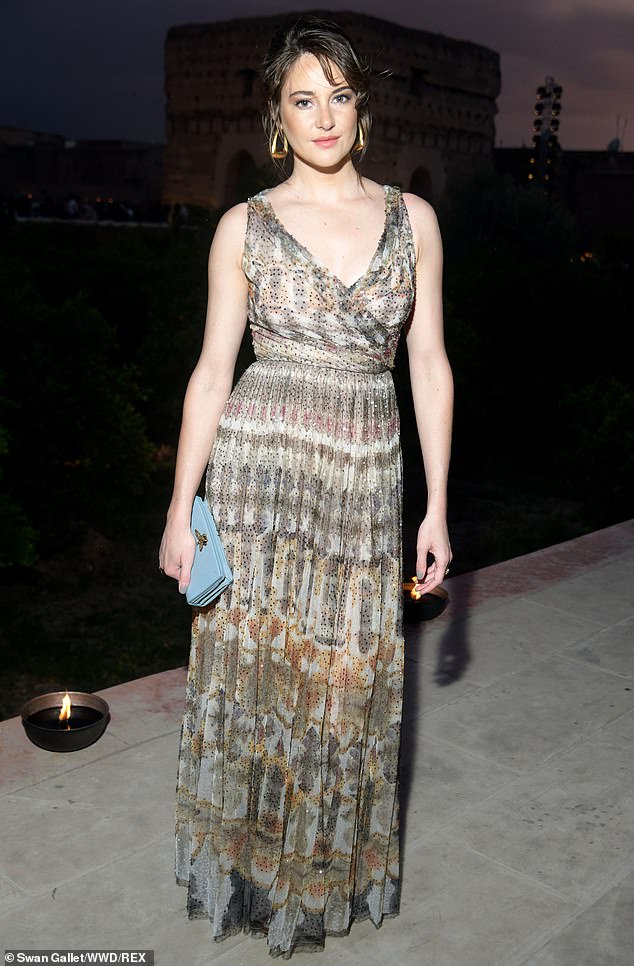 Carnal needs: ‘I love sex. I love the power of emotional connection via physicality. Who doesn’t?’; pictured April 29

She attributed her nomadic lifestyle to learning to let go of connections, and credited it with improving her craft.

‘Moving around a lot makes me feel more secure, and it makes me a better artist because I get to talk to and learn from people,’ explained Shailene.

‘If I’m going to tell stories outside my wheelhouse, I need to at least have personally observed these experiences to understand them. Not all actors are like that because they are classically trained. I’m not.’ 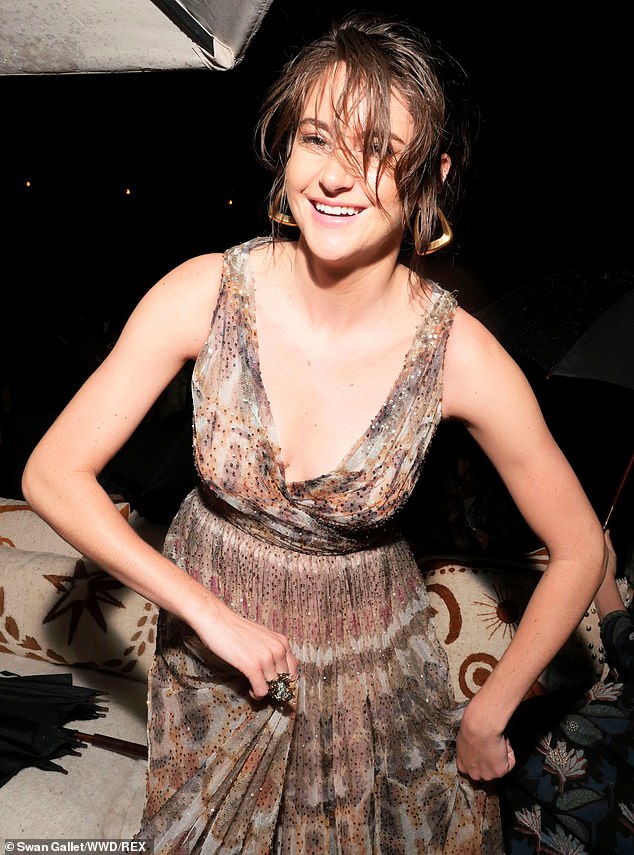 Empathy: ‘If I’m going to tell stories outside my wheelhouse, I need to at least have personally observed these experiences to understand them; pictured April 29

Part of Shailene’s worldview is due to starting therapy recently, which she credited with dramatically boosting her confidence.

‘A few months ago I was the least confident in my self-worth,’ she revealed. ‘I don’t beat myself up over it anymore, but I still feel like I don’t fully trust myself to say no to certain things, to trust my discernment. But I will be, very soon.’

The Divergent actress also weighed in on each of her Big Little Lies co-stars.

On Reese: ‘That woman holds the weight of so many worlds on her shoulders yet manages to show up day in and day out with more ambition than anyone I’ve ever met.’

On Nicole: ‘Nicole is my ultimate muse. What stimulates her more than anything are the inbetween moments most of us neglect.’

On Laura: ‘When I’m around her, even if I say nothing, she understands what’s happening in my life. And I can vibe her out and know exactly what she’s experiencing.’

On Zoë: ‘I’ve learned what it’s like to grow up with someone. We know each other in a way that is very rare because we’ve seen each other in vulnerable moments.’ 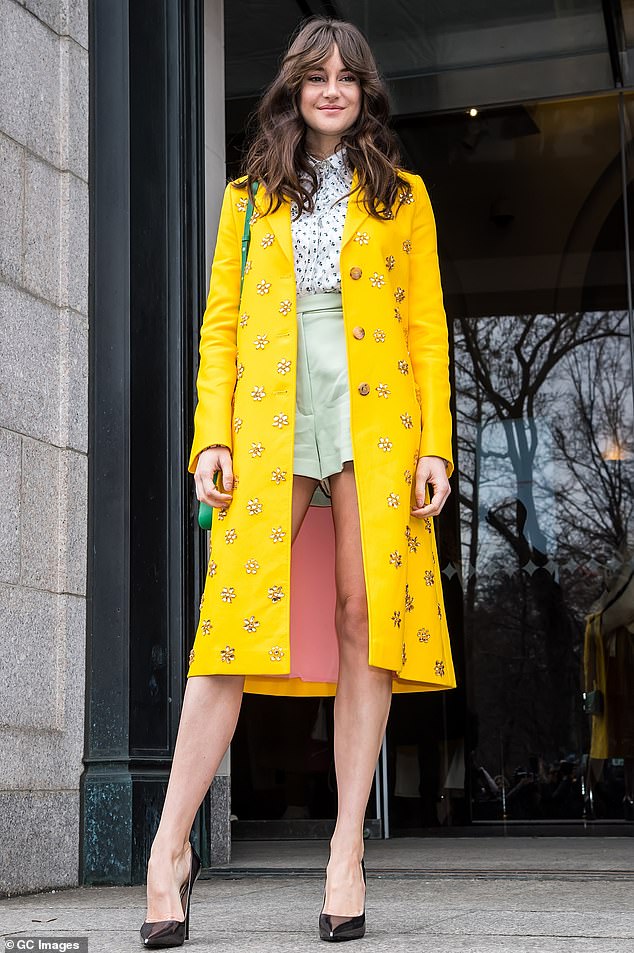 Learning to love herself: The Big Little Lies actress credited therapy with helping her not to beat herself up over self-worth; pictured February 11