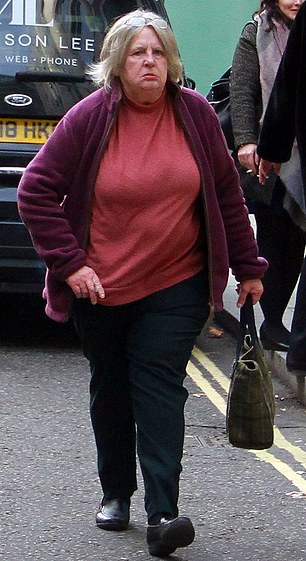 Farmer Sally Kingsley (pictured) has won a legal battle with her dead brother’s widow over historic £3.2 million country estate, which was once at the centre the grisly ‘Jigsaw Murder’ in 2009

A farmer has won a legal battle with her dead brother’s widow over historic £3.2 million country estate which was once at the centre of a grisly murder.

The High Court ruled in favour of Sally Kingsley, 67, to keep Lodge Farm near Buntingford, after her sister-in-law Karim Kingsley, 51, wanted to sell the land for the best price on the market.

In 2009, the 287-acre farm, in Hertfordshire, was at the centre of a murder investigation when the late landowner Roger Kingsley found a severed leg in a hedgerow.

The limb belonged to salesman Jeffrey Howe whose body parts were scattered across the countryside by killer Stephen Marshall in the high-profile ‘Jigsaw Man’ murder case.

Mr Kingsley, who handled the physical side of the farm, died in 2015 after a battle with cancer, aged 57, which sparked a High Court battle between his widow and sister, who managed the estate’s books.

After a High Court battle a judge has ruled in Sally’s right to the estate, which has been in the Kingsley family for since the mid-19th century.

Judge Lance Ashworth QC said that the evidence showed that the late Mr Kingsley had wanted the land to continue ‘to be farmed by members of the Kingsley family after his death’. 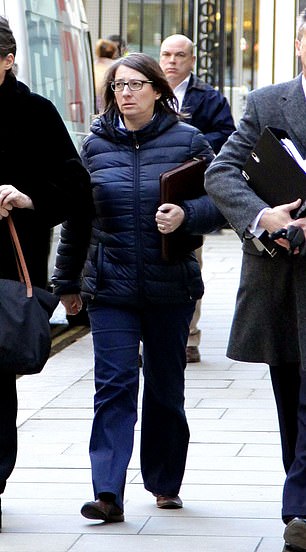 Sally’s sister-in-law Karim Kingsley, 51, (pictured) wanted to sell her share of the 287-acre farm for the best price on the market, which she inherited from her late husband

Judge Ashworth added that selling the farm on the open market would ‘result in the loss of Sally’s livelihood’, which the siblings had worked on together for decades.

The family partnership ended with Roger’s death, but Sally was adamant she wanted to keep running the nearly 200-year-old estate, which has been in her family since the mid-19th century.

The sisters-in-law fell out over the future of the land when Karim wanted to sell her half of the estate, which she had inherited from her husband.

Sally, who owns the other half of the land, said that could result in the farm being lost to the Kingsley family forever.

The judge said Karim, who was married to Roger for 20 years, claimed she felt ‘excluded’ and that Sally had continued after Roger’s death to run the business ‘without reference to Karim or the interests of the estate’.

The widow also suspects that her sister-in-law has a deal ‘up her sleeve’ to develop the farm and that, given she has no children, the land would not stay in the Kingsley family for long, he said.

‘This has led to a lot of ill-feeling between Karim and Sally, which in turn has led Karim to cause these proceedings to be issued,’ Judge Ashworth continued in his judgment.

However he said that although he was not certain that Sally would not seek to develop part of the land, there was no evidence that she ‘actually has a deal in mind’ for it.

Judge Ashworth ordered Sally be given two months to buy out her sister-in-law’s share of the £3.245 million estate, he said the siblings’ original plan had been that the land be farmed by their family. 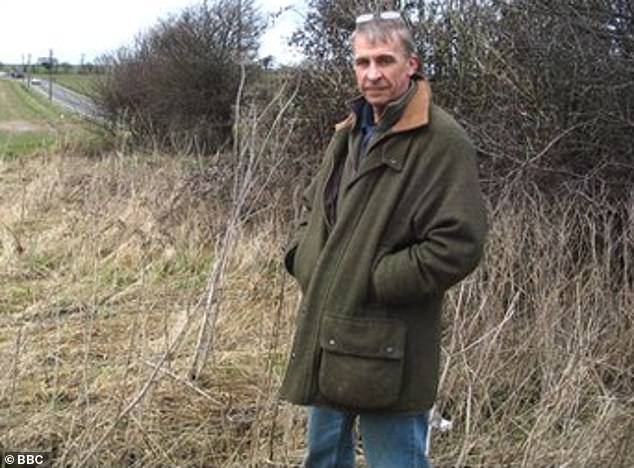 In 2009, the 287-acre farm, in Hertfordshire, was at the centre of the Jigsaw Man’ murder case when the late Roger Kingsley (pictured) found a severed leg on his property. The leg belonged to Jeffrey Howe whose body was scattered across the countryside by Stephen Marshall 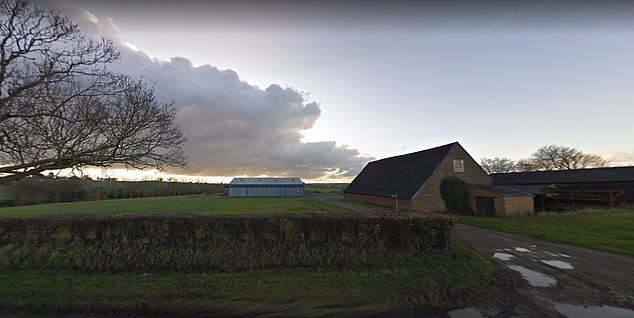 Judge Ashworth ordered Sally be given two months to buy out her sister-in-law’s share of the £3.245 million estate (pictured), he said the siblings’ original plan had been that the land be farmed by their family

‘A sale to Sally will allow the farm land to continue to be farmed by a member of the Kingsley family and will allow her to preserve her livelihood,’ he continued.

‘Roger’s two apparent concerns as to the continuation of the farming business by members of the family and financial security for his wife and daughter would be met by a sale to Sally.’

The judge said Sally would have two months to buy out her sister-in-law and, if she fails to do so, the whole farm will be sold on the open market for the best possible price.

If that was the case, both Sally and Karim would be entitled to bid for the farm land or any part of it, as it might need to be broken up and sold in lots, he said.

The judge also granted possession orders over two parcels of land – not included in the farm – which had been jointly owned by Roger, Karim and Karim’s sister, Maria Wheeler, but most recently farmed by Sally.

He said he was not convinced that the owners had ever granted a tenancy over the land to which Sally could succeed after the end of the farming partnership with her brother.