The Tories might escape a hammering in today’s local elections because of a lack of options for Leave supporters, a polling expert said last night.

Sir John Curtice said the night would be a disaster for only if Conservatives stayed at home. He said the absence of ‘s Party and a shortage of candidates was a ‘silver lining’ for the Prime Minister.

The Tories have been tipped to lose as many as 800 seats in what would be their worst result for 20 years. The losses are expected to be particularly high because the Conservatives did very well last time – in 2015 – when they also won a majority at the general election.

Sir John, who is professor of politics at the University of Strathclyde, said: ‘We have to remember that the Brexit Party is not on the ballot paper tomorrow and Ukip are only fighting around one in six of the seats. 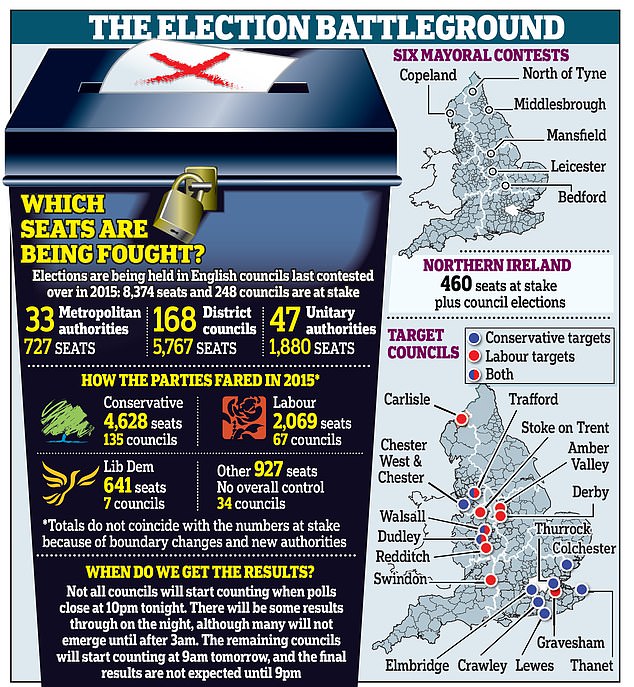 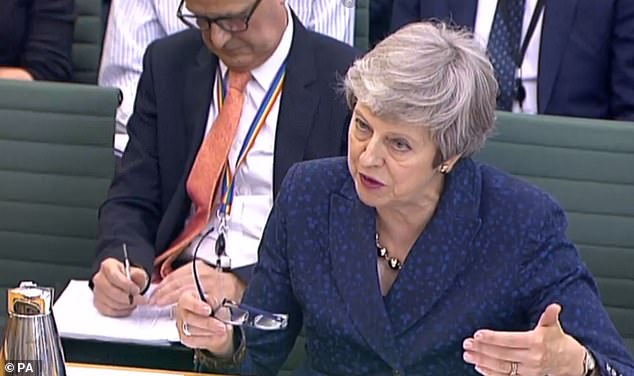 ‘So those Leave voters who are unhappy with the Conservatives over Brexit frankly face the choice in most of the local elections of either turning out to vote and still voting for the Conservatives – because I doubt that they’ll consider voting for Labour or the Lib Dems – or staying at home.

‘Therefore, probably, the results won’t be quite as bad for the Conservatives as perhaps some of the impression you might have from the headline opinion polls.’

In contrast Ukip, which has been hit by a slew of defections to the Brexit Party and controversy over its links with English Defence League co-founder Tommy Robinson, is contesting just 16 per cent of seats. Mr Farage’s party is standing only in the European elections later this month.

An analysis by Tory election expert Rob Hayward predicted the party was on course to lose more than 800 council seats, and some senior figures privately fear they could lose more than 1,000. 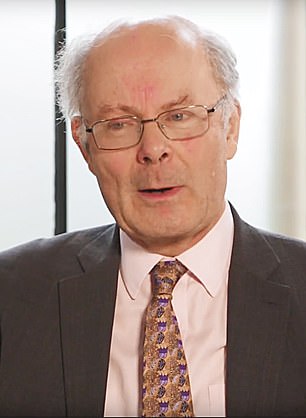 A heavy defeat is likely to set off a fresh wave of demands for Mrs May to name a date for her departure. Lord Hayward, a former Conservative MP, said the Tories appeared to be on course for their worst drubbing since 1995 when Tony Blair crushed John Major’s divided government.

He said: ‘This was always going to be a difficult election because the seats the Conservatives are defending were won on a very good night for them in 2015.

‘But the results are unquestionably going to be worse because of the current situation.

‘People don’t know who the leader of the Tory Party is going to be and there is anger amongst Tory Brexiteers that the party has not delivered.

‘There was a noticeable dip when the Prime Minister agreed to delay Brexit. That has calmed down a bit because there has been less debate about Brexit in the last fortnight. But at best, the Tories are at the crest of a trough.’

If the results are as bad as forecast it will be the worst result for any governing party since 2003 when Mr Blair lost more than 1,100 seats following a backlash over the Iraq War. In 1995, the Tories lost 2,000 seats.

Professor Curtice pointed out that many of the seats being contested were in Tory ‘shire’ areas.

Kate Wright flashes eye-catching '£400,000' diamond engagement ring for the first time
Pringles is selling limited-edition turkey, stuffing, & pumpkin pie-flavored chips for Thanksgiv...
Campaigner stands outside Dublin court in lingerie for consent protest
More than a quarter of British Army recruits had to wait over a year to join up
Paddy Power closes books after overnight flood of bets suggest Meghan has ALREADY given birth
A Twitter user claiming to be a gay footballer says they will reveal their identity 'soon'
Are Harry and Meghan moving to Malibu? 'Homesick princess is hunting for a house'
Biographer A. N. WILSON writes that for first time in generations, the Queen lacks a wise adviser